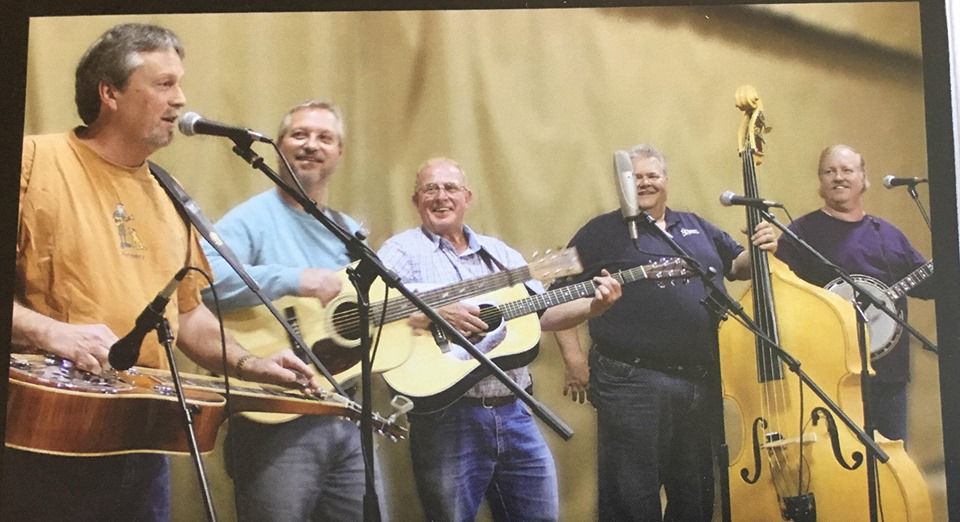 The Hanging Rock Ramblers will perform tonight for the Friday Night Jamboree at HJDB Event Center in Bassett. They will take the stage at 7 p.m., after a jam session the hour before. 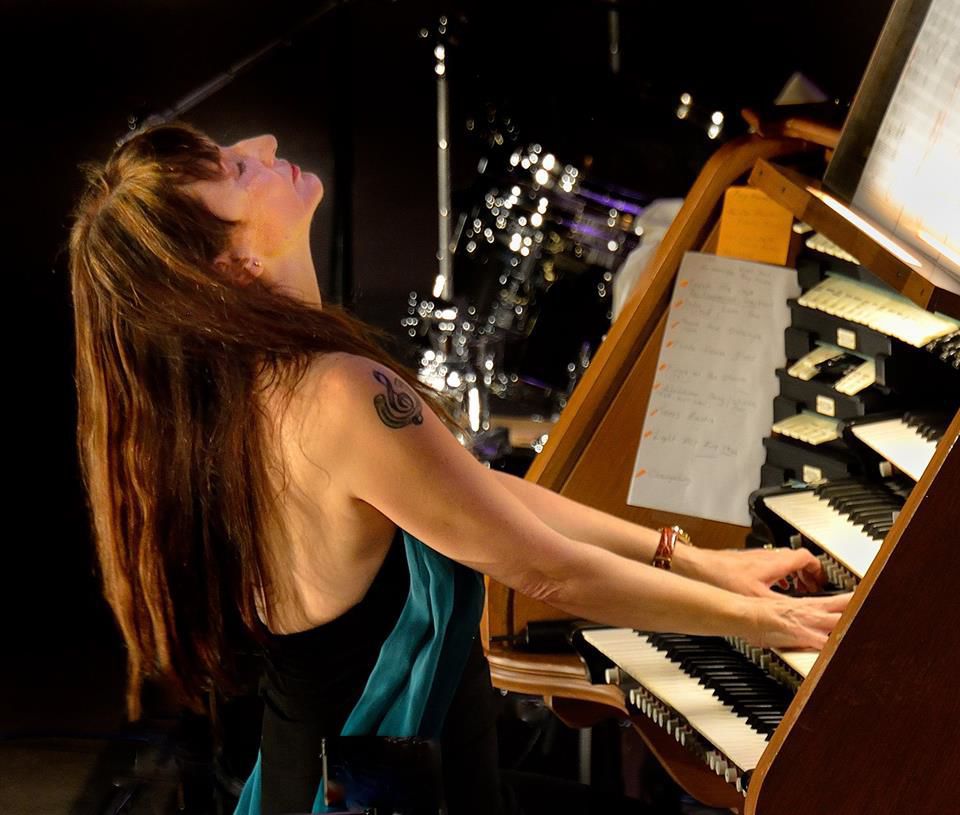 Renowned organist Carol Williams, who trained in the UK, Paris and New York City and has played around the world, will perform at 4 p.m. Sunday at First Baptist Church of Martinsville. Her concert is the first 4 Sundays @ 4 program of the season, coordinated by Robert Chapman.

The Hanging Rock Ramblers will perform tonight for the Friday Night Jamboree at HJDB Event Center in Bassett. They will take the stage at 7 p.m., after a jam session the hour before.

Renowned organist Carol Williams, who trained in the UK, Paris and New York City and has played around the world, will perform at 4 p.m. Sunday at First Baptist Church of Martinsville. Her concert is the first 4 Sundays @ 4 program of the season, coordinated by Robert Chapman.

TGIF: The first TGIF concert of the season will be tonight in the Martinsville farmers market. The Worx will perform at 7 p.m. Admission is $7, with kids 12 and under admitted free. Danville Distributing will have drinks, and Hugo’s will sell food. Upcoming TGIF dates are July 19, Stone Canyon Band; and Aug. 16, Pizazz, both in the Broad Street parking lot. This year, the concert series is sponsored by Martinsville Uptown Rotary Club.

Friday Night Jamboree: The HJDB Event Center will feature the Hanging Rock Ramblers at tonight’s Friday Night Jamboree. It will start with a jam session from 6-7, and then the Ramblers will take the stage at 7. There is plenty of room for dancing, and concessions will be available. Admission is $5.

Auditions: TheatreWorks Community Players will hold auditions for “August: Osage Orange,” which will be presented Aug. 15-25. Auditions will be held from 10 a.m. to 2 p.m. Saturday and at 2 p.m. Sunday. The show tells the story of the Westons of Oklahoma. A pill-popping mother and three sisters harboring shady secrets unexpectedly reunite after the father disappears, and the family explodes in a whirlwind of repressed truths and unsettling secrets that uproariously expose the dark side of a Midwestern American family. The show is a winner of the 2008 Pulitzer Prize and Tony Award.

The Foddrells: The Foddrells will perform in a free outdoor concert at 5 p.m. Saturday at the Landmark Center in Stuart.

June German Ball: The Fayette Area Historical Initiative on Saturday will host the area’s first June German Ball since 2015, at Albert Harris Elementary School, 710 Smith St., Martinsville. It will start with a Field Festival from 10 a.m. to 2 pm., and a dance will begin at 6. Full Effect will play music for the dance, and comedians Mr. Brown (Keith Johnson) and Mother Sherkneekwah (Beverly Johnson) will perform.

Map making with Zack Fleming: Zack Fleming, who has made maps for a diverse sets of subjects, will give a program on how he does that at 3 p.m. Sunday at the MHC Heritage Center & Museum in the former Henry County Courthouse.

4 Sundays @ 4: This year’s 4 Sundays @ 4 organ recital series will feature renowned organist Carol Williams, who was the San Diego civic organist. She has studied organ in the UK and Paris and received her doctoral degree in Manhattan. She has performed all over the world and has won all the major prizes for organ performance. She will perform at 4 p.m. Sunday at First Baptist Church in Martinsville. Other programs in the series will be: Jill Gardner on July 28 at First United Methodist Church, Aaron Garber of Moneta on Aug. 25 at First Baptist Church; and series coordinator Robert Chapman and friends for the series grand finale Sept. 22 at Broad Street Christian Church, all at 4 p.m.

”Fundamentals of Portraiture”: Studio 107 artist Charles Hill will teach the fundamentals of portrait art at 2-5 p.m. June 30 at the Creative Arts Center in Stuart. He will start by teaching the basics of facial anatomy and proportions, then direct acrylic glazing to finish the portraits. Bring a photograph of the person you would like to paint, and Hill will help with each student’s unique, 16-by 20-inch painting. All supplies will be provided, but students are welcome to bring their own. Register by calling the Reynolds Homestead at 276-694-7181.

Martin Clark’s new book: Patrick County’s bestselling author, Martin Clark, will have a book signing for his new novel, “The Substitution Order,” at 3:30-8:30 p.m. July 9 at the Stuart Library. At the end of the event, he will give a scholarship to a local student heading to college in the fall.

Throwback moviews: VisitMartinsville and the Rives Theatre are partnering to Celebrate 50 Years of Love in Virginia one Thursday a month by showing a series of Throwback Thursday films made in 1969 at the Rives Theatre in uptown Martinsville. July’s movie is “True Grit” on July 11, followed by “Sweet Charity” on Aug. 8. The movies start at 7 p.m., and admission is $5.

Patriot Players’ “Beauty and the Beast”: The Patrick Henry Community College Patriot Players will present “Beauty and the Beast” at 7 p.m. July 18-20 and 25-27 and 2 p.m. July 20, 21 and 28. Tickets ($15) are on sale at www.phccpatriotplayers.com/tickets and at the college and will cost $20 at the door. Admission is free for children 5 and younger.

Franks + Dranks: Piedmont Arts will host a casual night of food and music in the museum’s Gravely-Lester Art Garden during Franks + Dranks, at 6-9 p.m. July 19. It will feature live music, hot dogs and lemonade, with beer and wine at a cash bar. Tickets are $20 for adults and $5 for kids 12 and younger. Bring a blanket or lawn chairs.

TGIF: Stone Canyon Band will perform at 7 p.m. July 19, in the Broad Street parking lot for the second TGIF concert of the season. Admission is $7, with kids 12 and under free. Danville Distributing will have drinks, and Hugo’s will sell food.

Music Jamboree: The HJDB Event Center in the old Bassett High School will host a music night at 7 July 19. Larry Sigmon and Martha Spencer, Unique Sound of the Mountains, will perform.

”Treasure from the Vaults”: A number of local museums and collectors will share items not usually on public display, including some World War II artifacts many don’t realize had local roots. The MHC Heritage Center will join the Virginia Museum of Natural History, FAHI African American Museum and Cultural Center, The Reynolds Homestead and private collectors Mervyn and Virginia King, Doug Stegall and others to share their treasures at 2:30 p.m. July 21 at the MHC Heritage Center in the former Henry County courthouse. Admission is free, and refreshments will be offered.

2019 Dino Festival: The Virginia Museum of Natural History’s Dino Festival will be held from 11 a.m. to 7 p.m. July 26 and 9 a.m. to 3 p.m. July 27 at the museum. It will feature life size-cast skeletons of some of the most iconic dinosaurs of the Mesozoic Era, a huge variety of dinosaur fossils, presentations by renowned paleontologists and dinosaur-themed activities, crafts and concessions.

Children’s theater: Bright Star Touring Theatre will present “The Wizard of Oz” and “Maximus Mars” at 1 p.m. July 27 at the Spencer-Penn Centre. Each show will last for 45 minutes, with a 30-minute intermission. Admission to both shows is $2 for adults and $1 for children 12 and younger. Participants in the center’s summer reading and SPICE programs and summer camps will get in free.