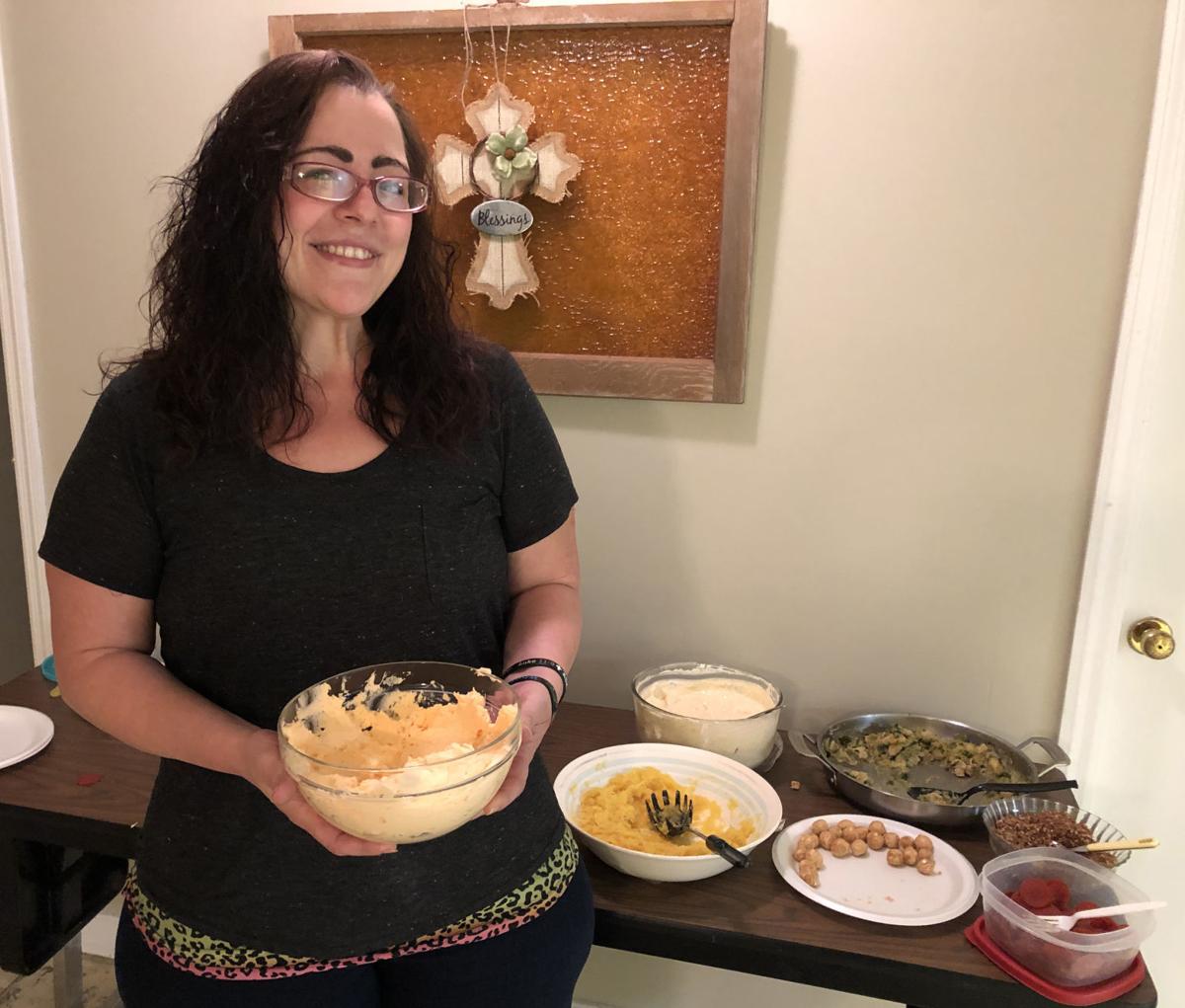 Alisha Neal lost 160 pounds by giving up carbohydrates, and she has kept it off. She recommends that lifestyle to anyone who wants to get his or her health and weight under control. 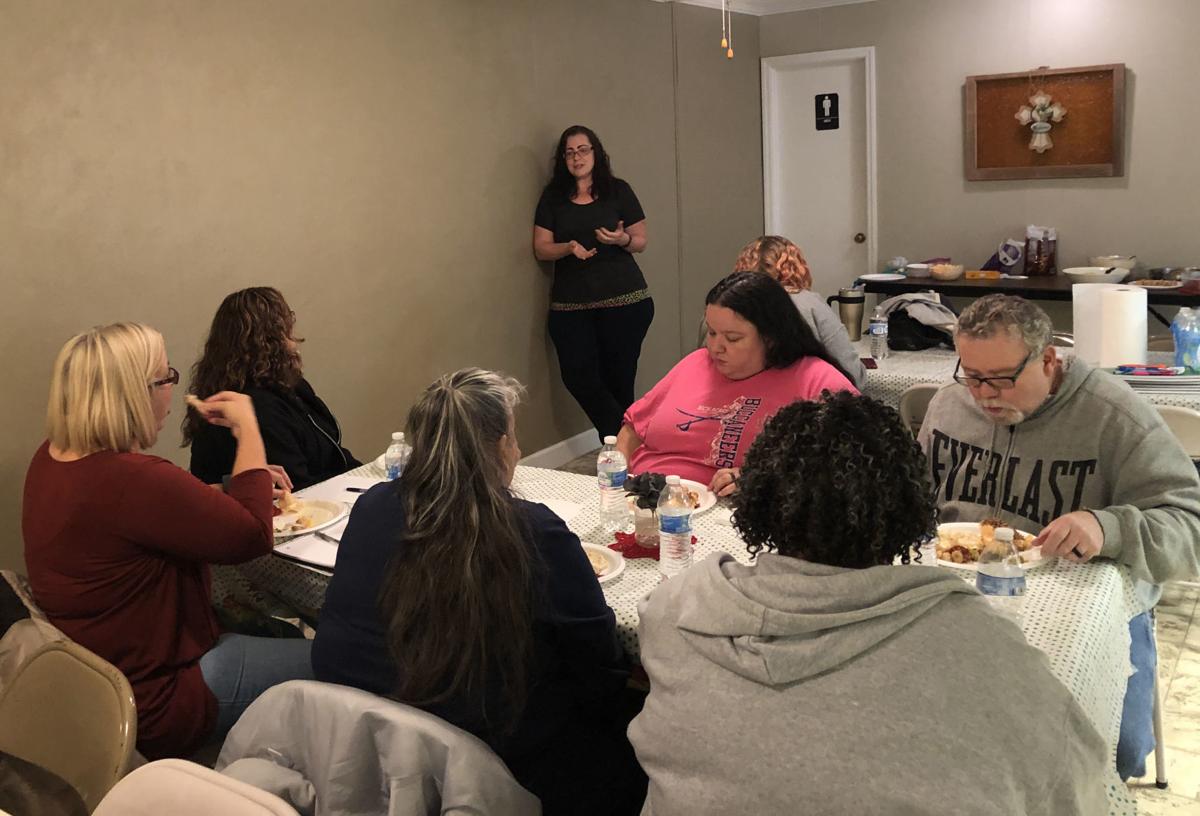 Alisha Neal talks about how a ketogenic diet improved her health to people at Calvary's Hill United Pentecostal Church. She also made dinner for all of them so they could try some ketogenic foods. 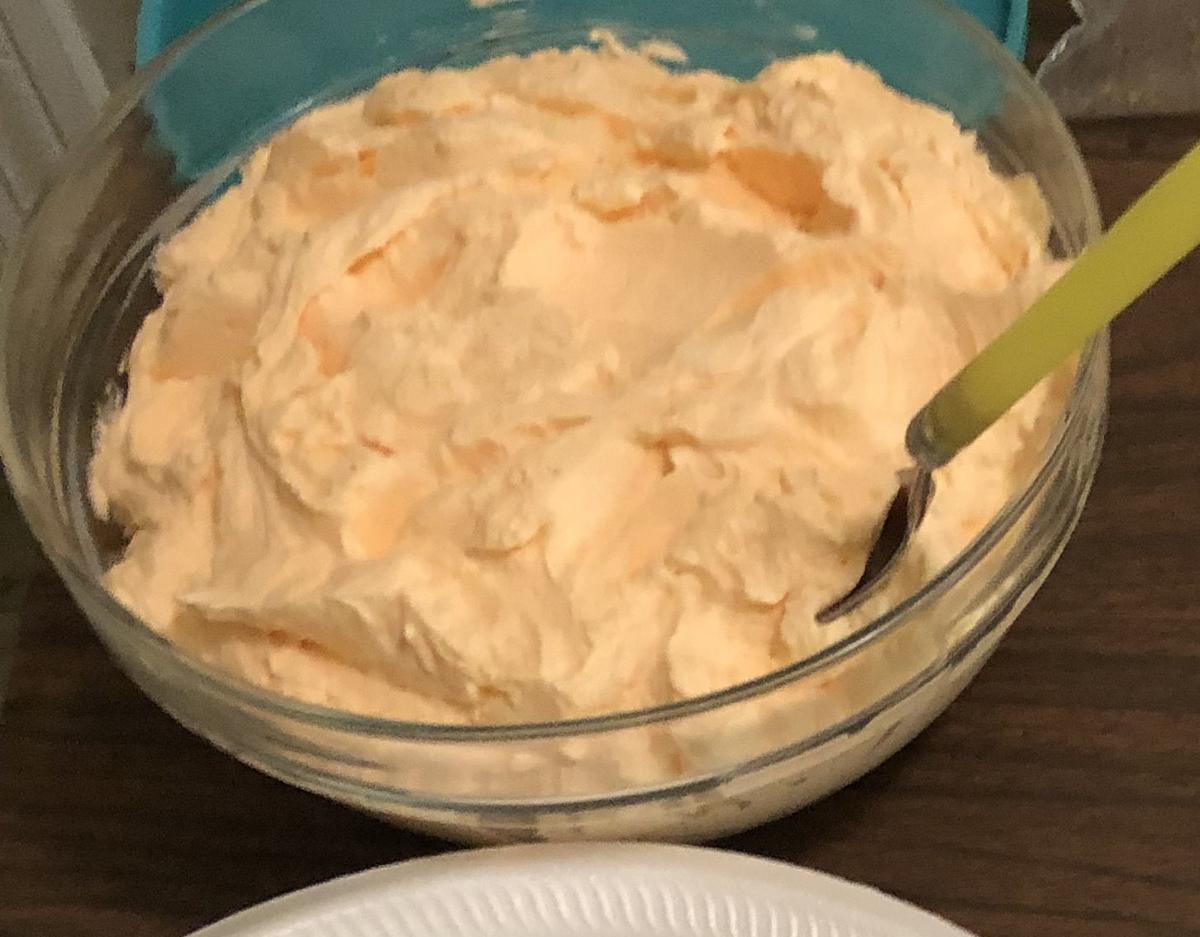 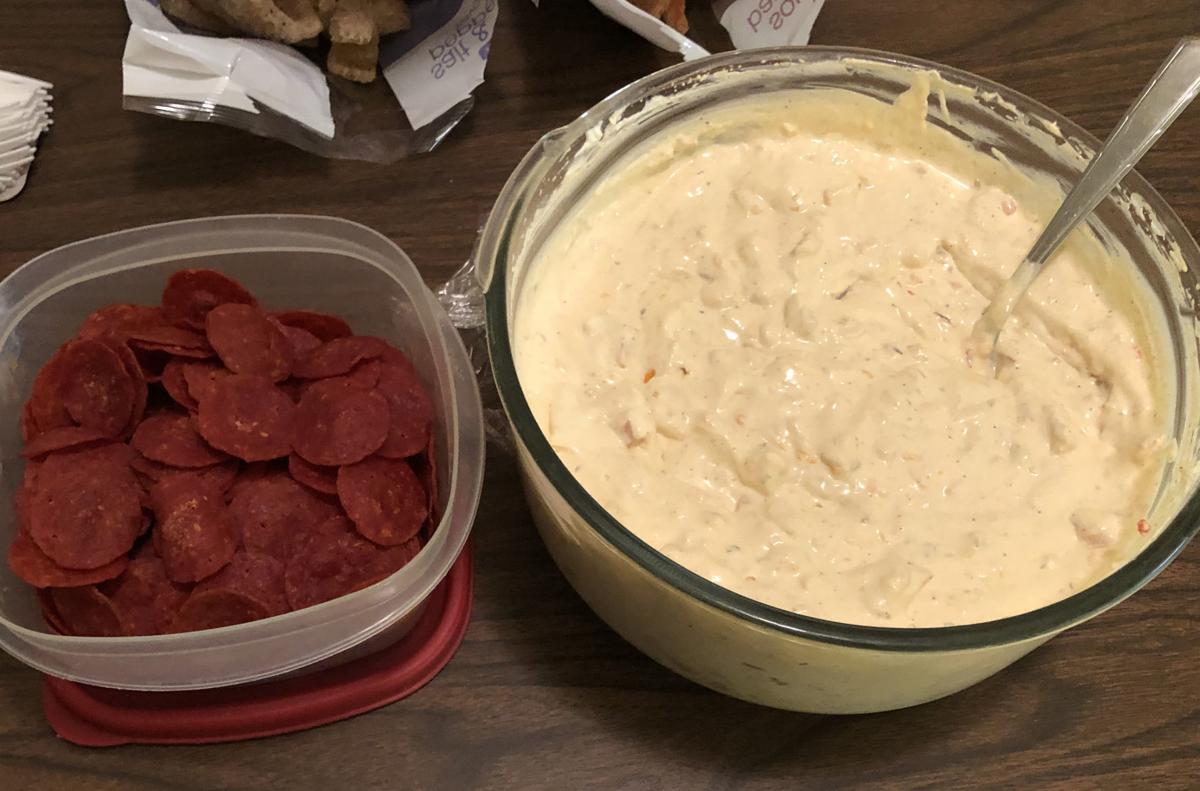 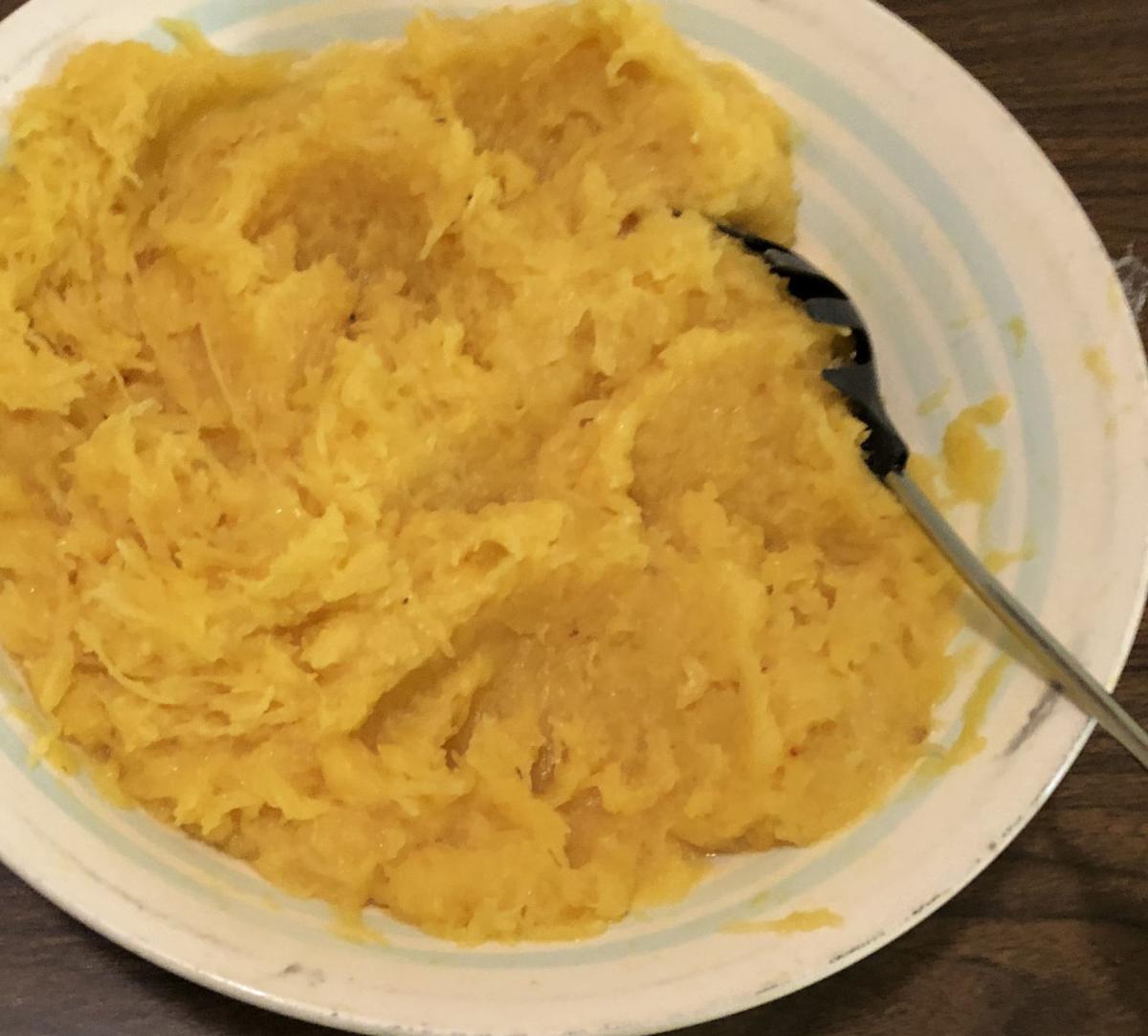 Alisha Neal lost 160 pounds by giving up carbohydrates, and she has kept it off. She recommends that lifestyle to anyone who wants to get his or her health and weight under control.

Alisha Neal talks about how a ketogenic diet improved her health to people at Calvary's Hill United Pentecostal Church. She also made dinner for all of them so they could try some ketogenic foods.

Sure she looks better, but it’s the greatly improved health that keeps Alisha Neal devoted to the ketogenic diet — to the point that she advocates it for others.

During the past six years, Neal has lost — then kept off — 160 pounds. She credits that weight loss, and the ensuing health improvements, to the diet she and others nickname “keto.”

A person on a ketogenic diet avoids carbohydrates, such as sugars, breads, potatoes and corn, and instead gets nourishment from fats and proteins, as well as vegetables that don’t have carbohydrates.

The main guideline is to not consume more than 50 grams of carbohydrates in a day, she said. The amount of nutrients needed depends on body weight, she said: Someone who weighs 200 pounds should “keep fat and protein around 100 grams each” daily.

The average American eats 300 to 500 grams of carbohydrates each day, she said.

“My journey started when I hit puberty,” she said at a recent program at Calvary’s Hill United Pentecostal Church. “I started gaining weight.”

Between 2010 and 2013 she had two back surgeries, with about six months of bed rest to recuperate from them, she said. She had hypertension, fatty liver disease, thyroid disease, goiter disease, depression and anxiety.

By the time she as pregnant with her second child, her health was so bad she developed insulin resistance and gestational diabetes. “When I had her [in May 2013], I was so sick” an emergency Cesarean section was needed, she said.

After the baby, her gestational diabetes evolved into Type 2 diabetes.

Neal was only 28. Her doctor told her that if she didn’t lose weight, she would have a heart attack before she turned 30. She was on seven medications and had to see her doctor quarterly.

She started keto in August 2013 to reverse her Type 2 diabetes, she said. However, her diet had other benefits as well: Her other medical problems went away.

“Now I’m on zero medications,” she said, and she sees the doctor now only once a year.

Although she credits the ketogenic diet with her success, “I’ve never said the word ‘keto’ to him [her doctor], because he is still in the mindset” that people need fruits, grains and sugars as parts of a healthy diet, she said.

“Carbs and sugars are inflammatory,” she said, so stopping consuming them “helped with my back and arthritis.”

She remained on keto during her third pregnancy, which was healthy, she said.

The ketogenic state causes the body to burn fat for fuel instead of glucose, she said. That state is called “fat adaptive.”

“When you become fat adaptive, your body does the work for you,” she said.

The ketogenic diet is not a difficult diet to stick to, she said: “The high fat and high protein keeps you full … with keto, you’re just not hungry, literally.”

She most commonly eats eggs, meat, butter and cheese, she said. A typical dinner may be a salad or steak and broccoli.

She eats berries but not the other fruits, “because they spike my insulin,” she said.

It’s harder to eat out while on a ketogenic diet, she said, but Hardee’s is a good choice: “They will do any sandwich low-carb.” At Chick-Fil-A, she has the roasted bites, grilled chicken tenders or roasted chicken bites salad.

To prevent feeling hungry enough to eat on the run, she always carries nuts, cheese or jerky in her pocketbooks for quick snacks.

For the keto diet in particular, and healthy eating in general, while shopping “stay on the outside aisles,” she said. “Don’t even go on the inside,” where the prepackaged convenience foods are.

The ketogenic diet isn’t easy to start, she said: “I was sick as a dog for a week, nauseous and just miserable.”

“It can be very hard on your body to detox from sugar,” but it’s worth it, she said.

That sickness the comes from stopping carbohydrates is called “keto flu,” she said.

Keto flu is caused by low electrolytes and can be avoided by taking supplements of magnesium, potassium and sodium, she said.

“Don’t fall into gimmicks,” such as “keto coffee,” she said — they don’t have any special advantages.

Neal is suspicious of most artificial sweeteners, which she says spikes her blood sugars. She only uses Truvia.

Any ingredient with spelling that ends in “ose” is a sugar, she said.

Don’t be tricked by diet sodas, she said, which “are just as bad as regular soda.”

Don’t worry about craving certain foods, she said, because there are always tasty alternatives. One is cheese waffles, with the crunch and texture of traditional waffles.

Neal said her devotion to the carb-free lifestyle is easy to follow.

“When you’ve been in excruciating pain, you never want to go back.”

She has not cheated on her keto diet in five years, she said — except for once.

Her husband talked her into eating a funnel cake one day. She threw up and remained sick for two or three days — and her arthritis flared up badly.

“Literally, keto saved my life, and that’s why I’m so passionate about it. I know there’s a better life. The American diet is killing us.”

Cut holes into a spaghetti squash, then microwave for 10 minutes.

Cut the squash in half and put both sides, skin down, in roasting pan. Put 4 TBS butter and a few shakes of salt on each side. Roast for 20-30 minutes, or until tender.

Salt and pepper, to taste

Roast peppers until skin turns black, rotating evenly, then enclose in a plastic bag for 10 to 20 minutes to loosen the skin. Remove peppers from the bag and peel the skin. Cut peppers open and remove ribs and seeds. Slice.

Whip cream, then whip gelatin powder into it.

Stir crushed nuts, butter, sweetener and vanilla. Spread on cookie sheet and bake for 20 to 30 minutes.

Butter and sugar-free syrup, for topping

Mix all ingredients and pour into waffle-maker. Let continue to cook for 1 minute after waffle-maker’s timer sounds.

Alisha Neal I do think that that is literally the healthiest combination of recipe with the Roasted Spaghetti squash, I don’t like cooking with a micromave but I do rarely, I never knew that combination of food kind had a name Ketogenic, interesting, healthy but tasty combination, I will definitely try it and I’m also grateful i found http://great.social/cinderellaweightloss, it helped my big sister not only lose weight but keep it off, hope it helps some others like you Alisha!