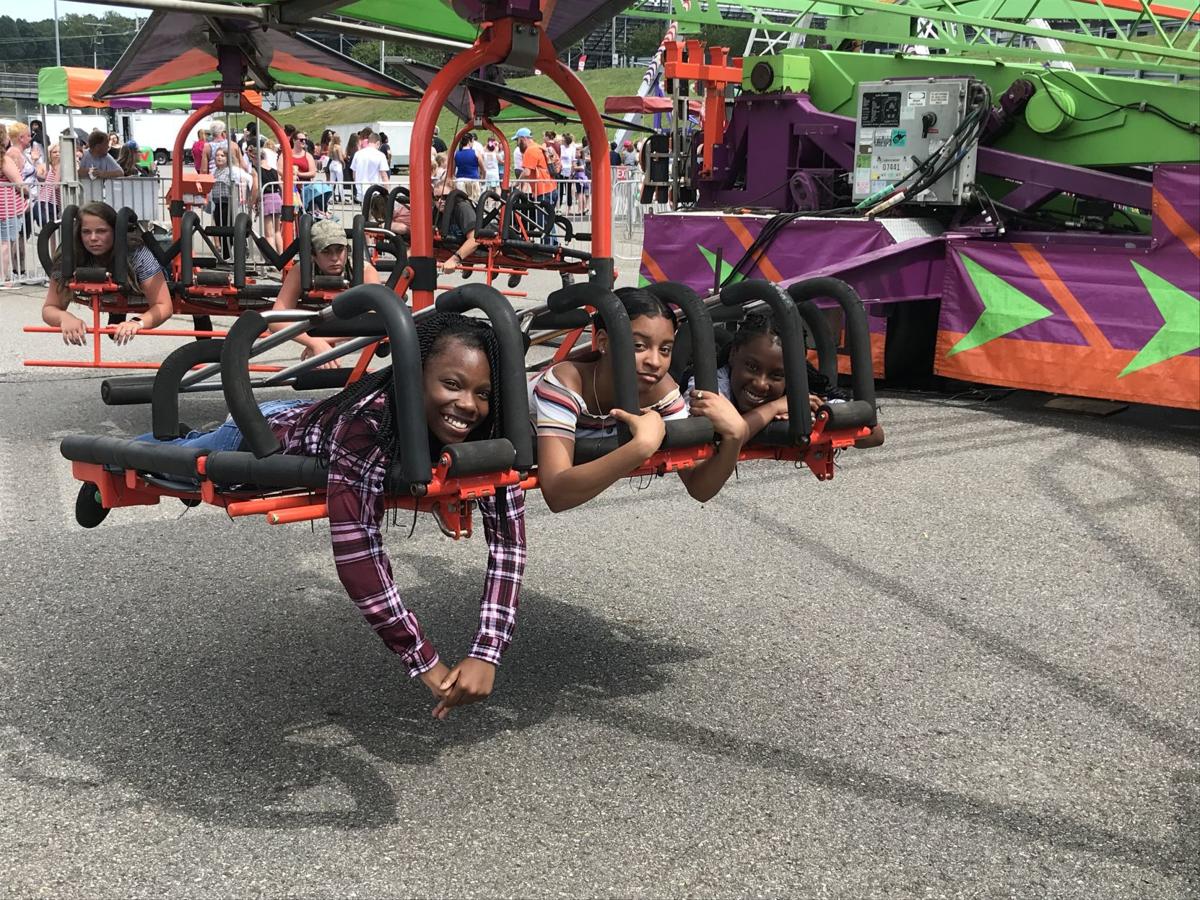 Daisia Salda, 11 (from left), Anaya Brown, 14, and Destiny Salda, 12, all of Martinsville, wait for an attendant to release them from a ride at Celebration 2019. 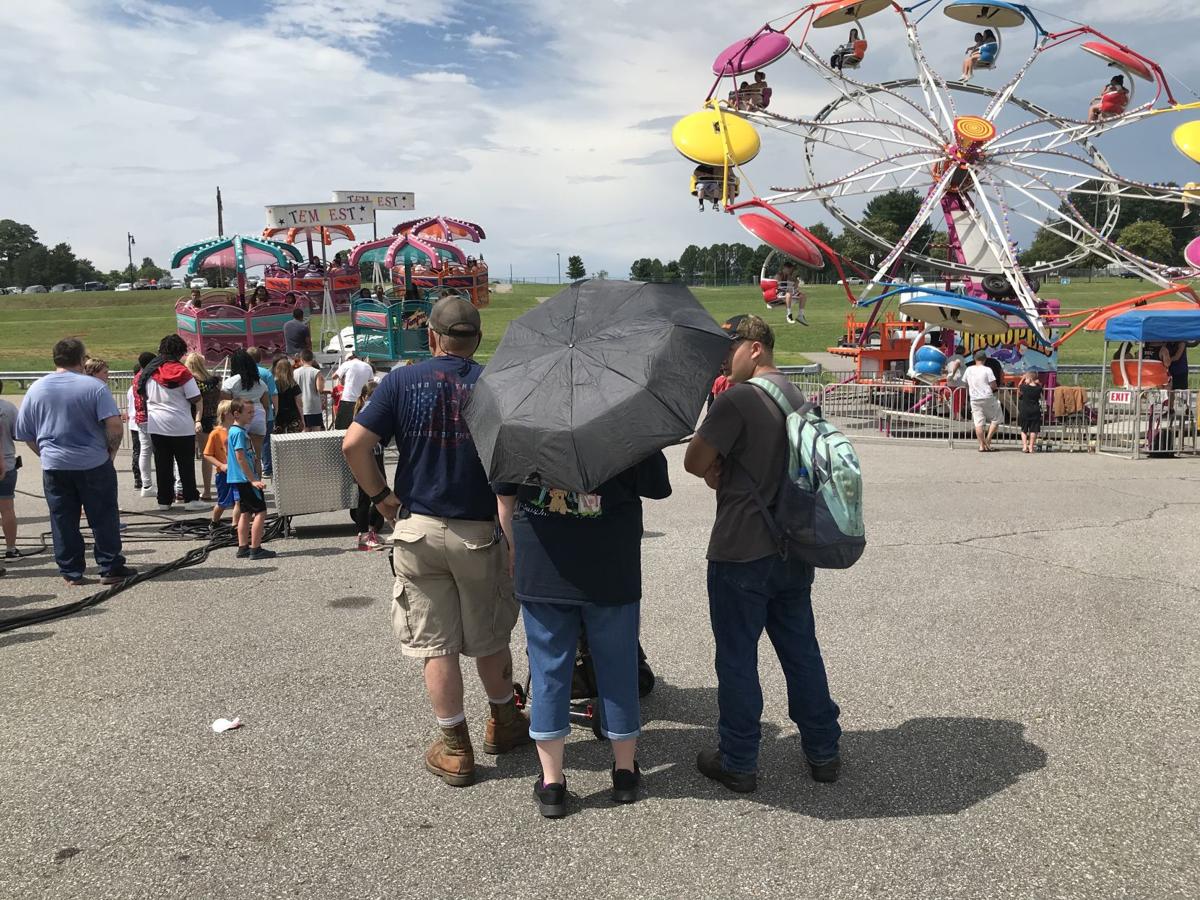 The storms forecast for Thursday did not come, so umbrellas became handy protection against the sun instead. 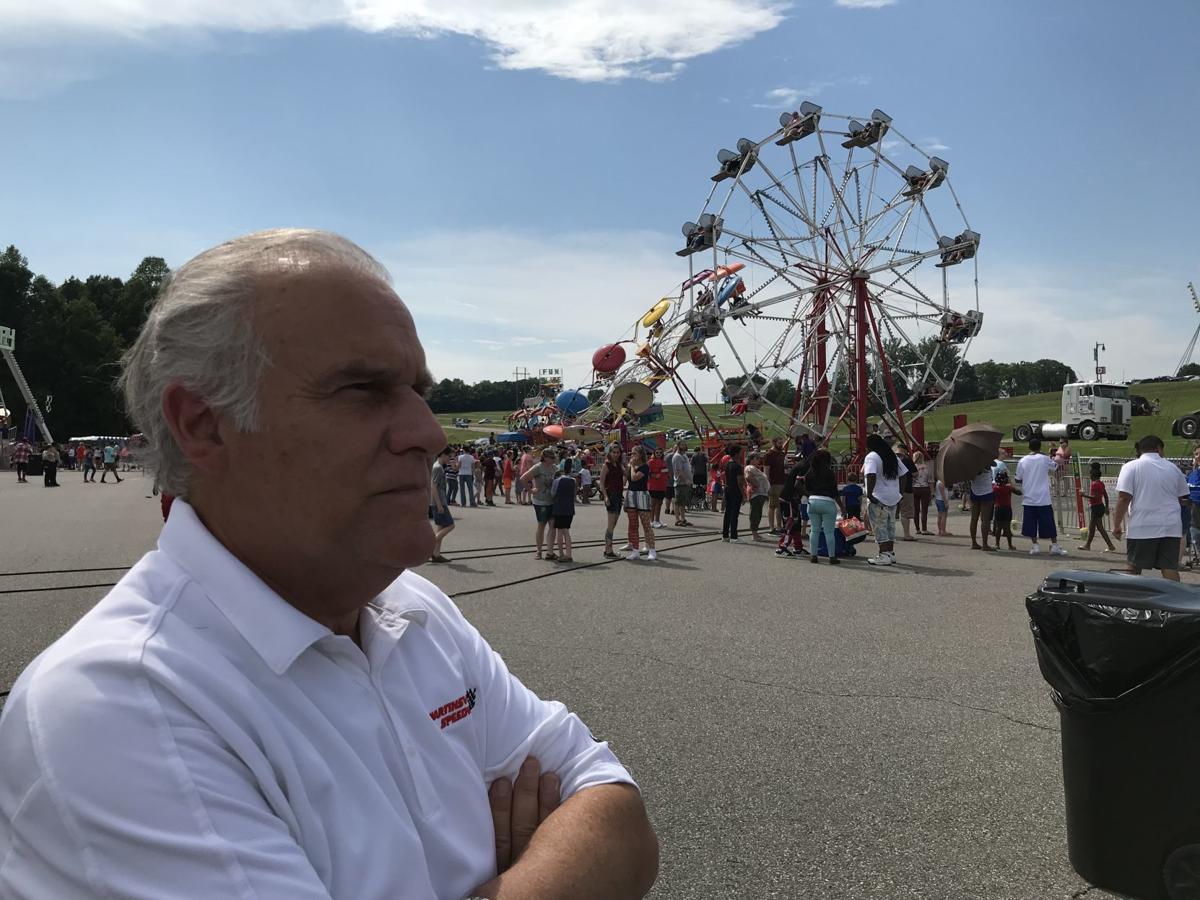 Daisia Salda, 11 (from left), Anaya Brown, 14, and Destiny Salda, 12, all of Martinsville, wait for an attendant to release them from a ride at Celebration 2019.

The storms forecast for Thursday did not come, so umbrellas became handy protection against the sun instead.

Rain held off until around 9 p.m. Thursday, allowing most of Celebration 2019, the area’s largest- and free Independence Day festivity, to go on as planned.

Daisia Salda, 11, Destiny Salda, 12, and Anaya Brown, 14, said they have been coming to the Celebrations for as long as they can remember. Now they are old enough to be dropped off when it starts; the girls said their parents would return later in the evening to join them, for the music.

The crowds “were ready when we opened, which is good. They get a full day of riding,” Martinsville Speedway President Clay Campbell said.

The gates opened at 3 p.m., and the rides started promptly.

Music by Roanoke-based band The Worx started at 6:30 p.m., followed by Chairmen of the Board (“Give Me Just a Little More Time,” “Patches”).

The area’s largest fireworks display rounded out the evening.

Olivia Barbour, 16, and Katlyn Barbour, 15, of Bassett come to Celebration every year, they said. This time the friends who were with them included some Celebration first-timers.

Kylie Nixon, 15, also of Bassett was waiting with Olivia and their group in the line for the Sea Ray ride. Celebration “is cool,” she said, adding that “free is good.” It was a first also for 12-year-old Jaylen Harris.

This is the second Celebration for Sara Dillon, 17, of Patrick Springs. “I liked it” and made sure to return, she said.

Becka Joy of Wentworth, N.C., and her daughter, Alexia Nance, come to Celebration every year, they said. They showed their Independence Day spirit with sparkly red, white and blue headbands.

The quartet were celebrating Cierra’s first carnival rides — ever.

The Ferris wheel “was amazing. I loved it so much,” Cierra said. “I was terrified of these rides, but that was amazing. ... It didn’t move around as much” as the rotating swings she also rode.

The swings were “fun too, but I thought I was going to fall off and die until eventually I got calm.”

She also worked up the guts to “do almost all the rides,” she said.

That would be about 16 rides, Campbell estimated.

The event was “going good,” he said. “We got the showers out of the way early. It’s hot, but, hey, it’s the Fourth of July.”

Earlier weather reports consistently had called for rain throughout the evening, starting around 4 p.m. Instead, sprinkles fell briefly around 11 a.m., then there was some rain and lightning in the area around 1 p.m.

Speedway Director of Marketing Brooks Taylor said Speedway staff had been monitoring the weather and had “a plan in place particularly for severe weather.” The grandstands would have been evacuated if storms came.

“We’re excited for the event,” Taylor said. “It’s one of the most fun days of the year for us.”

“It’s really a community event. The support ... of all the sponsors keeps it free.”

Rides, music and later fireworks were part of the annual July 4th Celebration at Martinsville Speedway, the region's largest.