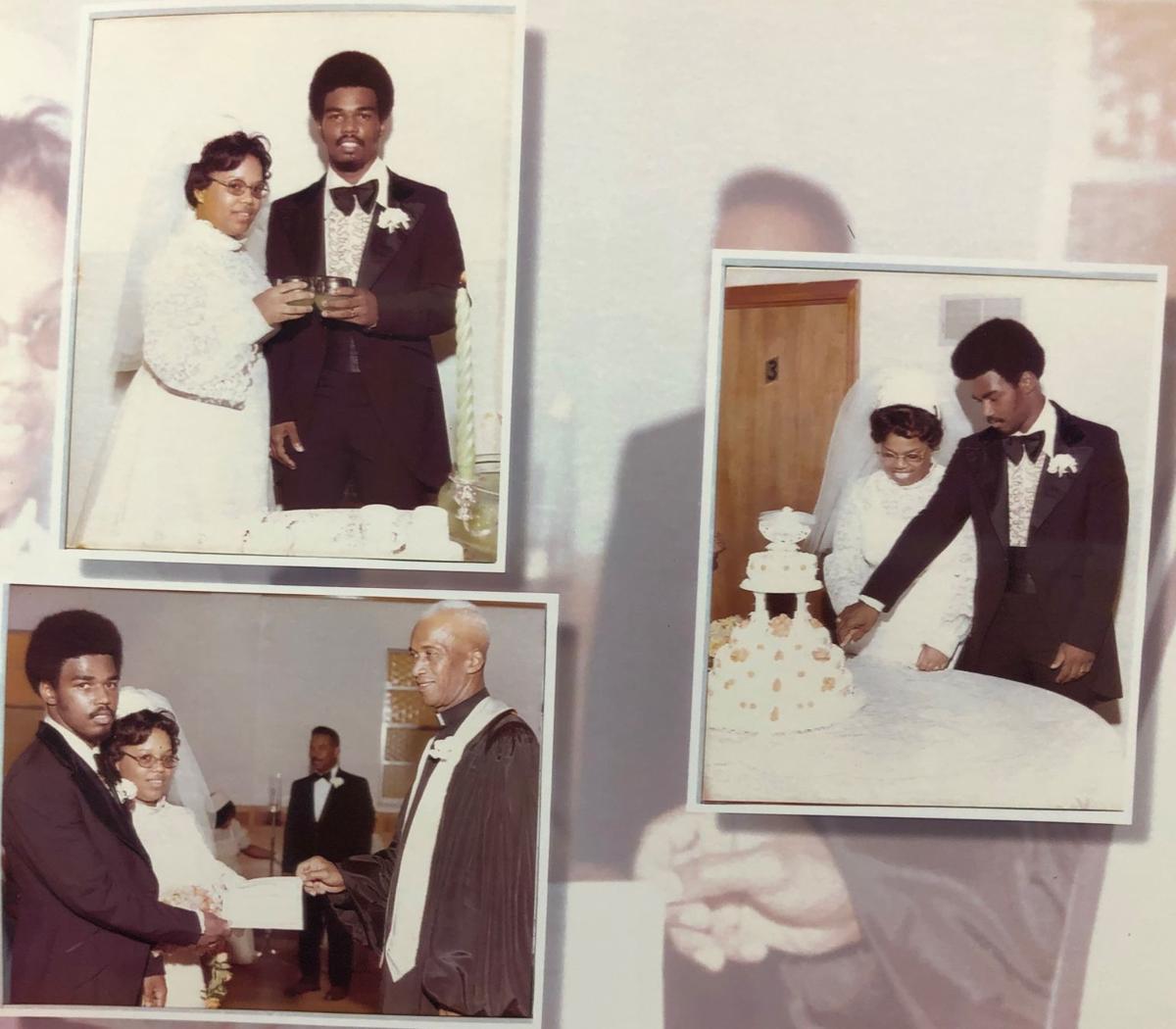 Dale and Lorena Cook were first married in 1973, right out of high school. They divorced 20 years later but have married again. 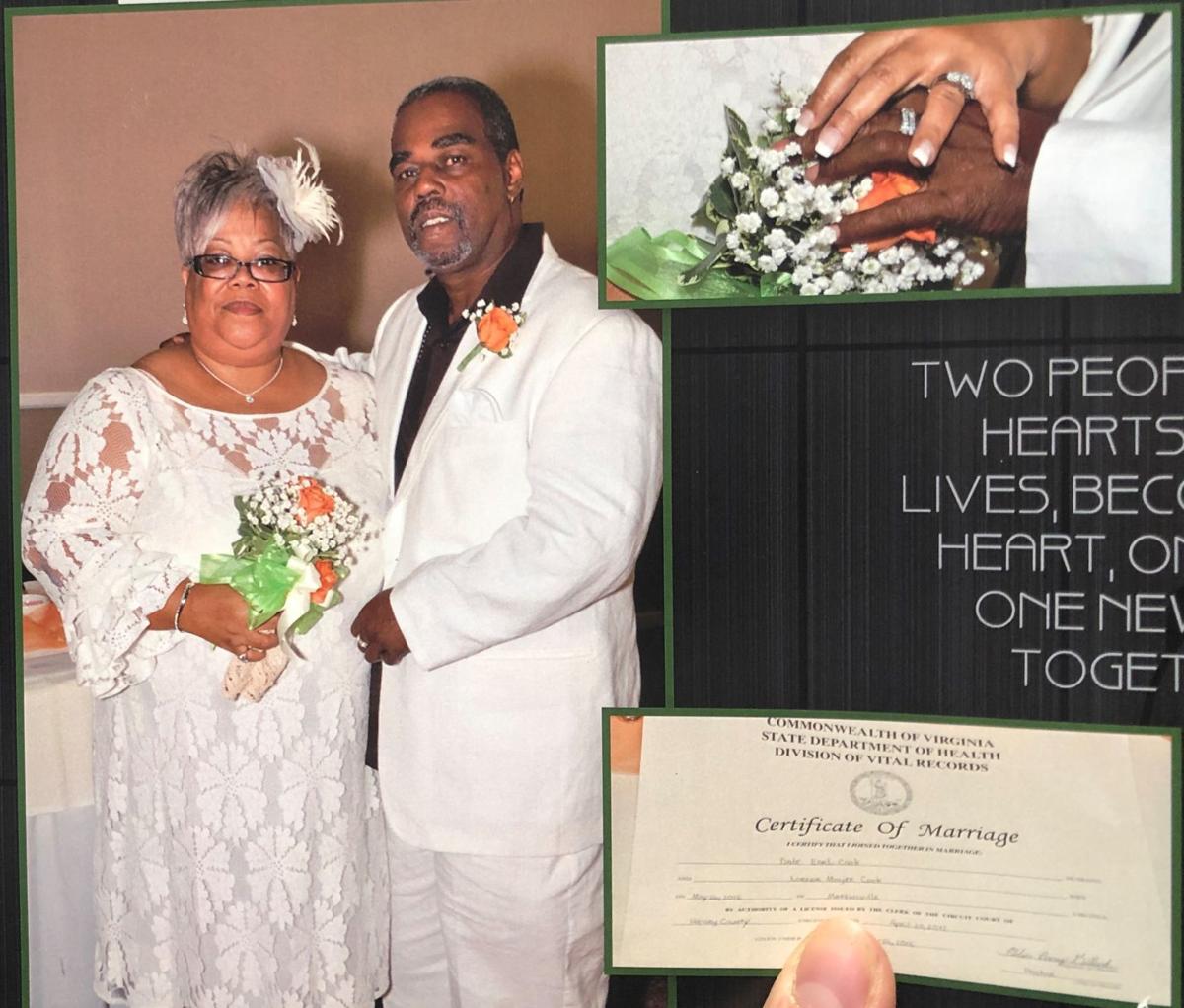 Dale and Lorena Cook were first married in 1973, right out of high school. They divorced 20 years later but have married again.

To hear the Cooks tell it, love is a whole lot easier and better the second time around.

The pair met at Laurel Park High School. He was living in Martinsville, and she (then a Moyer) lived in Axton. He started at Carver High School but ended up at Laurel Park, when the schools were integrated, she said.

She was 15 when she met him and never dated anyone else.

The couple were united in marriage in 1973 by Bishop E.C. Martin at St. Paul Holiness Church in Axton, which the couple still attends.

As teenaged newlyweds, she worked at Tultex and he at The Budd Company. They had daughter, Avery, within a year after getting married, and son, Christopher, later.

The young parents had “too many responsibilities” early on, she said. Plus, “just like anybody else, at 18 my husband was wild, rambunctious, crazy – but I can say this: He wasn’t cheating.

“That came later on.”

She worked at Fieldcrest for a while, but ended up quitting when she had trouble with transportation. He started driving a tractor-trailer, “and that’s when the trouble started,” she said.

Meanwhile, one day in the grocery store, she ran into Cindy Lucas, who talked her into attending Lucas’s cosmetology school.

“I was out there with two kids struggling,” and Lucas asked, “‘Are you tired of living like that, not being able to take care of yourself?’”

That convinced her to go to cosmetology school. Because of lack of transportation and other problems, she didn’t finish Lucas’s school, but eventually she went back to school and was graduated from Allen’s Beauty Center.

Now she owns and operates Ultimate Performance School of Cosmetology on Virginia Avenue.

When it came to home life, however, she was “fed up to here” and, when the kids were in high school, she told her husband it was over.

Her reason? “Anything a woman would leave a man for,” she replied.

He left home, but he didn’t take the parting well, she said.

“He was after me when we separated. He followed me and called me for five years. He loved him some ‘Rena, that’s what he used to say.”

Each dated other people. Her father, Lorenza Moyer, moved in with her after her mother, Shirley Moyer, died, and so her dad met each man she dated.

“He didn’t like any of them,” she said, but rather kept rooting for Dale, who also goes by “Buck.”

Their daughter had told her she knew all along that her parents would reconcile, she said.

Their second wedding was at The Gallery, with Elder Barry Dillard of St. Paul Holiness Church presiding. Dillard had been her ring bearer in their first wedding, she said.

The couple gets along much better this time around than during their first marriage, she said.

“I guess he loved me the first time, but now I feel it,” she said.

He definitely has changed for the better, she said: He is courteous and polite, and he helps out with household chores.

“I wouldn’t think I changed, but who knows?” she said.

She most definitely has changed, Dale Cook said – “for the best. … She’s a whole lot more lovable and sweeter” than she used to be.

While they were apart, he said, “I missed her, ’cause she knows me like a book.”

“And that’s the truth,” his wife interjected.

Being together at this stage in life “is the best companionship you can get,” she said. “We know each other’s mood and what they’re going to do.”

The seldom go to bed mad, but if they do, they’ve calmed down by morning.

Now she continues fixing hair and running the cosmetology school, and he drives a school bus “with all the little kids loving on him” for Laurel Park Middle School and Axton Elementary School, she said.

Lorena Cook said she has been surprised about how people are interested in the story of her two marriages to the same man. When people catch wind of it, they want to hear more.

“I don’t know what’s so romantic about my story,” she laughed. “Probably thousands in Martinsville have been married twice to the same guy. Whether they own up to it is a different story.”

My late father was married four times, twice to my mom and twice to another (the same) woman!!!