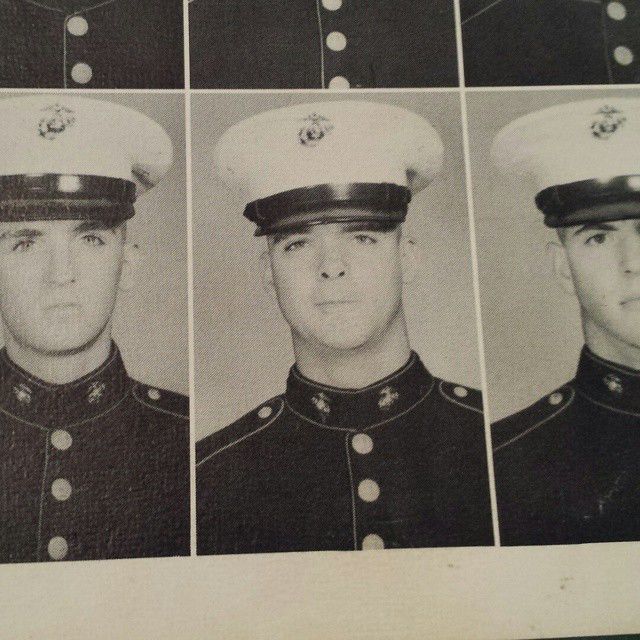 Ralph Moore (middle) joined the United States Marine Corps in 1958 after graduating from Martinsville High School. He then joined the Air Force, Army and Coast Guard before retiring from the military in 1999. 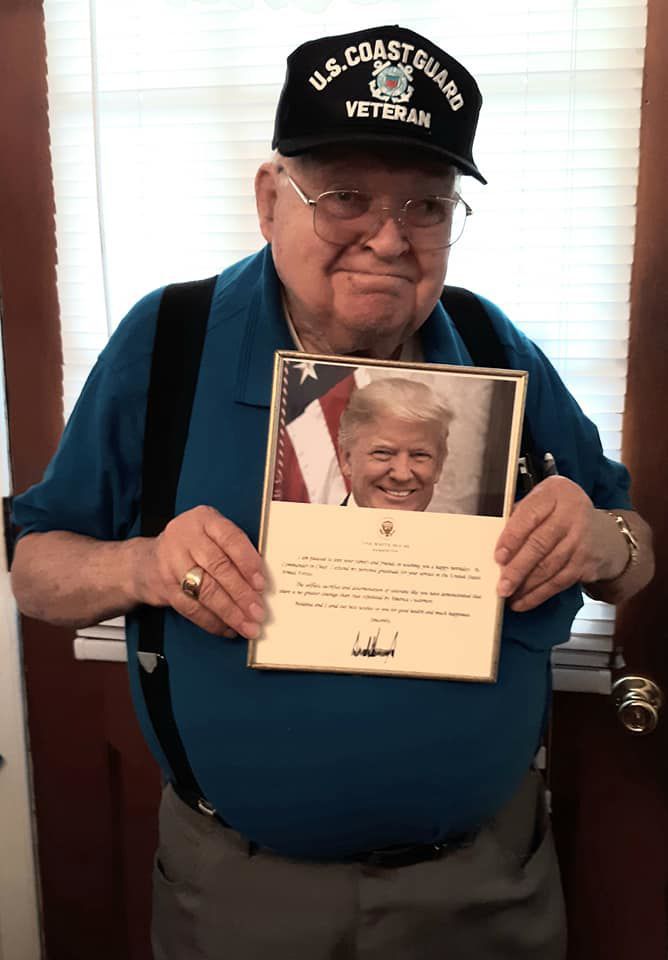 Ralph Moore, an 80-year-old veteran, recently received a letter from President Donald Trump. It’s one of three presidential letters in his home.

Ralph Moore (middle) joined the United States Marine Corps in 1958 after graduating from Martinsville High School. He then joined the Air Force, Army and Coast Guard before retiring from the military in 1999.

Ralph Moore, an 80-year-old veteran, recently received a letter from President Donald Trump. It’s one of three presidential letters in his home.

It’s not every day you run across a military veteran who served in two separate branches of the armed forces. It’s even more uncommon to meet one who served in four, which is exactly what Ralph Moore did.

Moore is one of a small percentage of service members who sampled different branches of the military during his career. The Department of Defense doesn’t closely track the number of veterans who serve in multiple branches, but it reported in 2014 that out of 2 million troops deployed overseas during the past 10 years, slightly more than 40,000 had served in more than one branch. That’s approximately 2%.

When Moore joined the United States Marine Corps in 1958 after graduating from Martinsville High School, he said, he didn’t set out to join the ranks of the elite statistics. He said he just wanted a job.

And he got one that took him into tragic situations and earned him the attention of presidents.

“Me and my buddy got down in Charlotte [North Carolina] and got broke,” Moore said. “We couldn’t find jobs nowhere, and we were in the draft age. The Marine Corps was the only job I could find at the time.”

The chance encounter with a military position turned into a passion for serving in the armed forces. When his service ended in 1962, Moore realized he wasn’t ready to leave the military.

Serving from 1962 to 1966, a terrifying event occurred near the midpoint in his Air Force career. The largest earthquake in the world at the time occurred in the Prince William Sound region of Alaska, not far from where Moore was stationed. That seismic event took place on Good Friday, March 27, 1964, and resulted in a 9.2-magnitude earthquake, which caused 131 deaths.

When the fault line ruptured at 5:36 p.m., Moore said, he had just left the mess hall after enjoying a bowl of chili. When the earth started to rumble, he originally mistook the quake for the chili not sitting well in his stomach.

“When we got to the room, it hit,” Moore said. “I was lying there, and I thought I was getting sick or something.”

He said he quickly realized something far more serious was taking place, as the quake rumbled on for more than four minutes. When he walked outside to see the destruction, a runway was demolished.

The devastation didn’t stop at the base. In Anchorage, Alaska, the state’s most populous city, large structures were destroyed.

“JCPenney was the biggest building out in Anchorage, and it was flattened out,” Moore said.

News of this tumultuous event quickly spread across the United States, but the troops didn’t have a way to communicate with anyone outside of Alaska for more than a month.

“We were cut off from the world for six weeks. Planes couldn’t get in. Communications were all knocked out. Wife didn’t know I was alive,” Moore said. “The hand operator finally got to her about six weeks later and told her we were OK. She didn’t know we were alive. I couldn’t get a hold of her or nothing. She was back here in Martinsville. It was terrible.”

After his Air Force service ended, Moore returned home to Martinsville. He took a 10-year break from the military, but, he said, he found himself signing up for the Army in the mid-1970s. He served for two years and then followed a different opportunity.

In the Coast Guard, Moore said he had found his military home.

“Coast Guard was best. I wish I would’ve found it first,” Moore said. “It was a real good place to be in. They didn’t treat you mean like the Marines did. They didn’t holler and cuss at you. The Coast Guard is a real, real good branch.”

On Jan. 20, 1981, Moore said he found himself in the driver’s seat on a very important day – President Ronald Reagan’s inauguration. He didn’t get to meet or drive the president himself, but Moore was one of approximately 300 drivers who traversed the highly trafficked roads between the airport and area hotels on that day.

“After inauguration, it looked like a junkyard where people had wrecked and everything,” Moore said. “There were about 10 wrecks, different people. I made through it.”

Reagan sent Moore a letter, thanking him for his service as a driver. Moore has also received mail from two other presidents, George W. Bush, upon his retirement from the Coast Guard, and Donald Trump, celebrating Moore’s 80th birthday.

Serving Reagan near the beginning of the 1980s, Moore said he found himself back in Alaska by the end of the decade. The military sent him to help with the Exxon Valdez oil spill, which occurred on March 24, 1989, almost 25 years to the day of the Good Friday earthquake in the same region.

Moore spent 90 days assisting with the relief effort, which resulted in 11 million gallons of crude oil entering Prince William Sound. An estimated 250,000 seabirds, 2,800 sea otters and 300 harbor seals were killed in the immediate aftermath, according to the National Oceanic and Atmospheric Administration.

Looking back, Moore said he would’ve joined the Navy, too, if he would’ve found it before the Coast Guard, but he’s proud to have served in four out of the five branches.

“I got to travel around and see the nation, see the United States,” Moore said.

As an admin clerk and computer operator, Moore spent time in North Carolina, South Carolina, Tennessee, Kansas, California, Alaska and Maryland before retiring from the military after 30 years of service.

With a focus of relaxing in his retirement years, Moore and his late wife, Beulah Moore, who retired from K-Mart in 1998 and passed away in 2018 after 58 years of marriage, opted for a laid-back lifestyle.