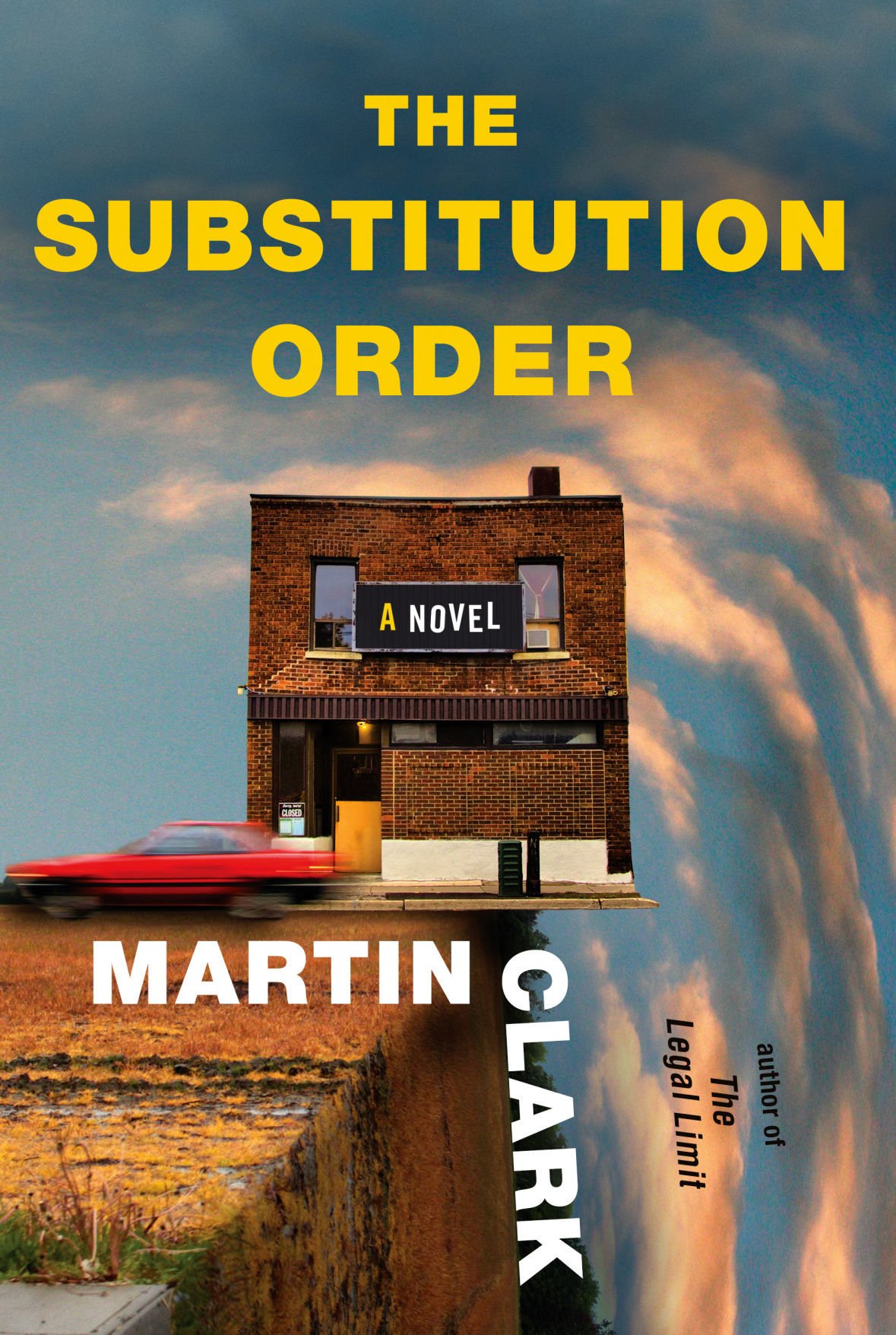 Martin Clark's fifth book will come out in July. The Patrick County author, a retired judge, said the description he's heard of it which seems to fit it best is "'Ocean's Eleven' crossed with 'Breaking Bad' crossed with 'Perry Mason.'" 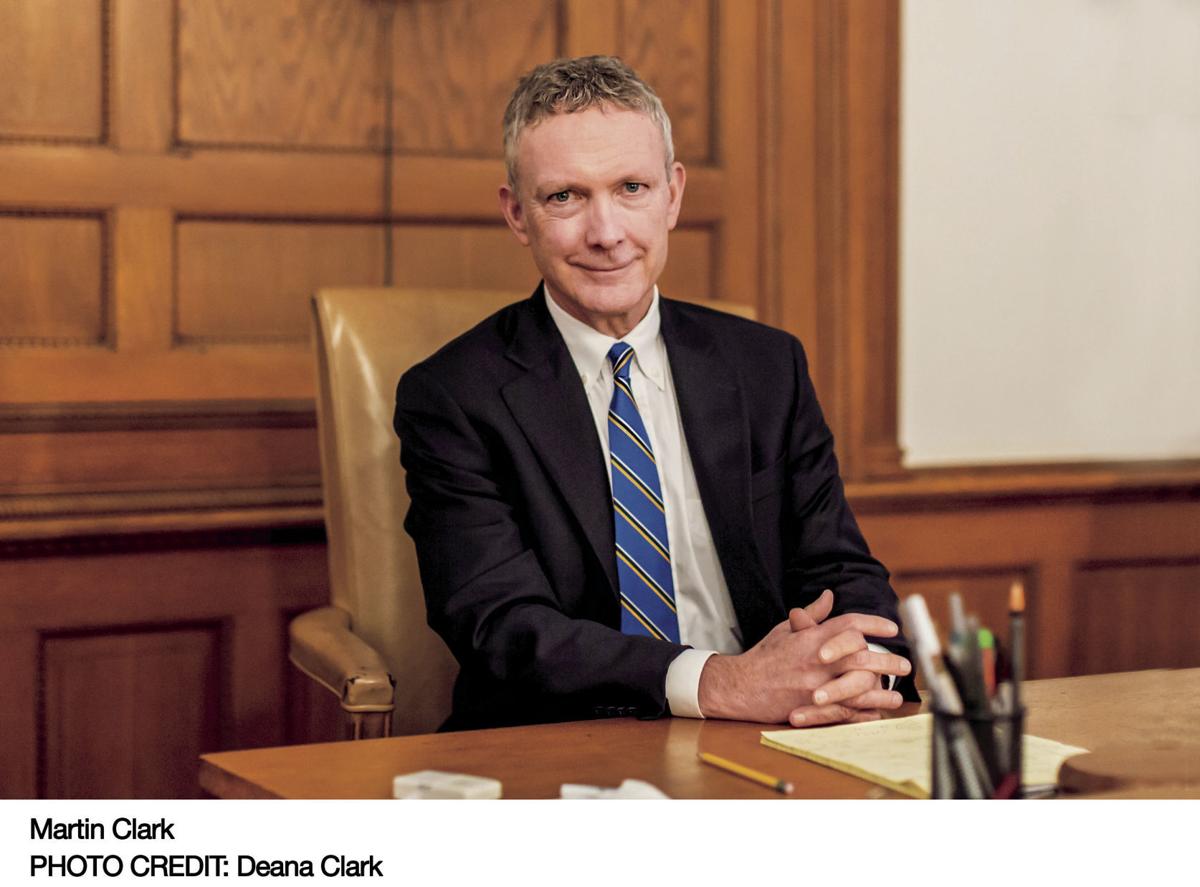 In “The Substitution Order,” Martin Clark takes an approach he hasn’t before: setting up clues to an ending you don’t see coming.

This is the fifth book for Clark, who just retired as a Patrick County circuit court judge. His first was “The Many Aspects of Mobile Home Living” in 2001. “The Substitution Order,” published by Alfred A. Knopf, will be out in July.

His books generally are set in and around Patrick County, and this latest opens in a sandwich shop in Stuart, where a disbarred former hot-shot lawyer is working.

“The trick in this book, and I think the fun … is all along the way, right in front of your face, is what’s going to happen, but you don’t see it,” he said.

Readers occasionally may think the story digresses, but “in the end it all fits together, and it’s the first time I’ve tried to do that,” he said.

Clark respects his reader: The book “gives you all the clues in a very fair way, and at the end you say, ‘Holy cow. Now I see it, and it was there the whole time.’”

But he seems not to want the reader to work too hard to figure it out: “As a reader myself, I want to be entertained. I don’t want to see the ending coming. That’s the entertainment part.”

“The Substitution Order” also has “a thematic ending … that will help bump your perspective a little bit,” he said.

The early reviews by both professional reviewers and independent readers on goodreads.com have been positive, he said. One he said he thought was appropriate said that the book could be described as “‘Ocean’s Eleven’ crossed with ‘Breaking Bad’ crossed with ‘Perry Mason.’”

The main character, Kevin Moore, is a disgraced lawyer who recently was separated from his wife, but his troubles don’t end there. He gets targeted by an insurance scheme, and – in Clark’s early plans for the book – was supposed to have a heart attack.

Clark had been doing a good deal of research into heart attacks, but having had a stroke “made it pretty easy to get the medical part of the book right so I just switched that up,” he said.

However, Moore’s stroke experience was different from Clark’s.

“Mine was far, far worse than what happened to him,” he said.

He lived, but his hospital didn’t

In fact, he almost died, Clark said. He was taken immediately to Pioneer Hospital in Patrick County, but during follow-up care he was misdiagnosed. His own research led him to the correct diagnosis and surgery, which ended months of continued sickness and a serious further threat to his life.

The book is dedicated to his wife, Deana H. Clark, and the doctor who performed that surgery, Stacey Wolfe, with the message “feminis fortibus quae me servaverunt:” Latin for “strong women who saved me” or “strong women who carried me,” both which are appropriate, he said.

In between the times he was saved by Pioneer Hospital – which has closed – and saved again by the surgery, he said he came to feel that “we have the most abysmal health care system … in the world, I don’t care what anyone says,” because of red tape and the insurance system.

Without the hospital in Patrick County, he would not have survived, he said. The fact that it has closed “is a bigger part of an absolutely failed health care system.”

He resumed writing his book and went back to work full force about a week after his surgery, in April 2016, he said.

Now that the book is published, he plans an East Coast tour, to finish in time for his wife and him to go to FloydFest, and then the couple and their dog will spend about six weeks on the road for the rest of the tour, starting in St. Louis.

Before he hits the road with his book, though, the celebrations will start back home. The official launch party will be from 3:30 p.m. to 8:30 p.m. July 9 at the Stuart Library.

He has done fancier parties, but this time it will be simple – and the same amount of money that would have been spent on a fancy party will be used instead for a scholarship to a recent Patrick County high school graduate who will attend college, trade school or community college. Martin Clark’s high school English teacher, Ann Belcher, will choose the winner.

Further, proceeds from sales of the book at the launch party, with a match from the Clarks, will be added to the money already planned. The results will be tallied by the end of the evening, and the check will be written and presented that night.

There is no formal application process for the scholarship, he said. Interested students should visit his Facebook page to request Belcher’s email address, then send her his or her name and any pertinent information.

Belcher will choose the winner by July 5, and the winner will be notified then and hopefully will be present at the book launch party, Clark said.

“I thought that would be the best celebration,” he said, to give back to the community which has supported him so heartily.

He recalled his “sweet neighbor” Foy Owens, who died in 2014. In 2000, when Clark’s first book was out, Owens came to one of his first speaking events, when he and Adriana Trigiani (“Big Stone Gap,” “The Shoemaker’s Wife”) opened for Pulitzer Prize-winning author Frank McCourt (“Angela’s Ashes”).

Some years later, when Clark was visiting Owens, he couldn’t help but to notice the case of books, unopened. “He had not read them nor given them away,” he said. Owens simply had “showed up and helped his neighbor out. So many people have done things like that to help me.”

Clark said he won’t start on his next book until his tour for “The Substitution Order” is finished. “I’ve already got the germ in my head for the next one,” he said. And before he starts writing “will have the entire plot worked out in my head. I have to hang all the characters and the scenes on that big, long framework.”

Now that he’s retired, don’t look for him to go churning out books any faster than he did before. Clark said he expects to keep to the same schedule he did with his other books: write about a page a day as soon as he wakes up each morning.