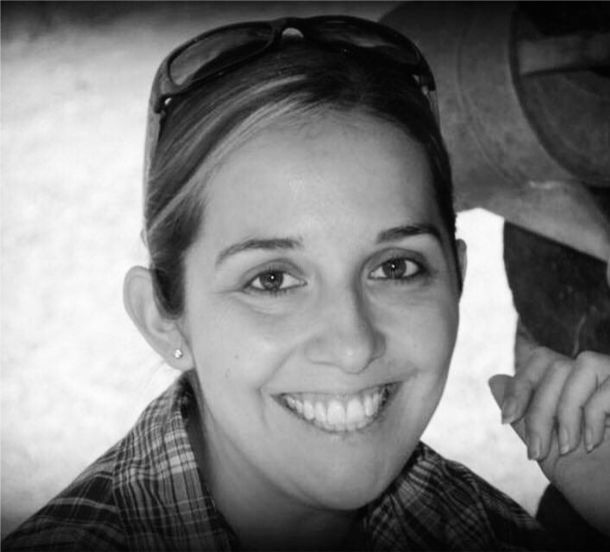 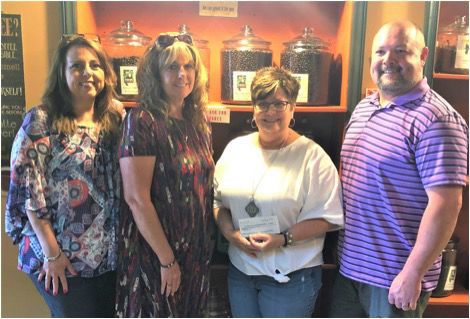 Special to the Bulletin

This is the month of their nightmare.

Two children, a mother, a stepfather and numerous other family members and friends, they all endure October as when their lives turned in one gruesome and unexpected moment.

It was a Monday morning, Oct. 1. Regina Massey stopped by the home on Horace Lane in Stuart that her daughter, Misty, 30, an expectant mother, shared with boyfriend, Michael Lawson, 32.

No one answered the door, so she went inside. The scene she found was unimaginable horror.

Her daughter lay dead of an apparent gunshot wound. So did Lawson.

What Smith didn’t mention was the 21-week-old child that Blevins was carrying. Blevins also left behind two other young children.

And she said that, over time, as the shock wore down, she recalled an earlier encounter with her daughter that she then recognized as something more than a casual moment.

That’s what Blevins said to Massey when she randomly stopped by for a visit one day. Massey said they didn’t seem off at the time.

Maybe the house wasn’t as tidy as Blevins would’ve liked before unexpected company appeared on her doorstep?

Maybe she and Lawson were lounging around in their pajamas? Maybe someone wasn’t feeling well?

Because she had arrived unannounced, Massey said, not receiving an invitation inside the home didn’t come as a shock.

That is not until she spoke with Warren Rodgers, Jr., executive director of the Southside Survivors Response Center, following the tragedy. That’s when Massey questioned the earlier interaction with her daughter.

“Mom was just stopping by. She’d just drop in to visit. A lot of times in abusive relationships, what people do is isolate someone from their family and from their other connections to maintain power over them,” Rodgers said. “So Regina was just stopping by to visit her daughter that day and didn’t recognize what was actually happening when her child just said, ‘You can’t come in here today.’

“I think it would be hard for anyone to imagine that there’s some kind of abuse going on.”

Detecting abusive behavior is often far more difficult than observing bruises scattered across a person’s body. The majority of abusers don’t want others to know about such negative behavior, so victims separate themselves from friends and family, effectively hiding their secrets.

“She [Massey] was telling me, looking back, that she never recognized that warning sign,” Rodgers said.

Even if signs are apparent, victims of abuse don’t always let on that their loved one’s hunches are valid – or even their own.

“I think a lot of times people know that it’s not right, but they’re trying to keep peace. We all want, in our mind, for relationships to be just perfect,” Rodgers said. “Abusers have a way of manipulating situations such that someone would feel like everything’s always their fault. ‘If I just kept the house clean enough, then maybe he wouldn’t get so mad and hit me.’ Or ‘if I just had dinner ready when he got home.’ Or ‘if I could’ve done this, then it wouldn’t have happened.’ I think that people who are being victimized often blame themselves.”

Abuse isn’t blatantly obvious in many cases, but there are some warning signs that concerned family and friends can look out for.

“I think noticing that an abuser is overly jealous or is attempting to isolate someone from their family or their group of friends or people that they’ve always enjoyed spending time with,” Rodgers said. “If someone gets in a relationship and all of a sudden they’re not answering text messages or they’re not returning phone calls or they’re not behaving the way they were before the relationship is often a good sign.”

If loved ones observe some of the telltale signs, approaching the victim – or reaching out to the SSRC for guidance – could prevent a tragedy.

For kids who experience traumatic events, such as those from whose lives Blevins was taken, recovering from the devastation isn’t easy.

A study conducted on ACEs, which stands for Adverse Childhood Experiences, showed an uptick in negative coping mechanisms in individuals who lived through traumatic events while growing up.

The Centers for Disease Control and Prevention noted that ACEs have a tremendous impact on future violence victimization and perpetration as well as lifelong health risks.

“For children who do witness violence, it can have a long-term impact,” Rodgers said. “The studies behind the long-term effects of childhood trauma show how this repeated toxic stress that children experience when they’re in an unhealthy home – and it’s not just domestic violence, it’s violence in the home, a parent who abuses substances, a parent who’s incarcerated or just a myriad of terrible things that kids have to deal with – if they don’t have someone that is a good, solid connection, someone that really cares about them and a safe place, research has shown that this toxic stress can increase chances that a person will attempt suicide, that they will abuse drugs in the future, that they take on risky behaviors like smoking, drinking or promiscuity.”

For those interested in leaving an abusive situation, the team at the SSRC is ready and willing to help. Those hoping to flee abuse are encouraged to reach out to the organization for guidance on how to navigate the change.

“Some of the steps to take are to really connect with someone that you can trust. Our services are available 24-hours a day. There’s always someone that is on the end of the line that can help somebody plan their next steps,” Rodgers said. “They need to plan because when someone leaves a situation, research has shown that that’s the most lethal time of the relationship because the abuser is losing the power they hold over that person. So often in attempts to regain that power, that’s when things really can become violent and super dangerous. So I think it’s really important to plan. Absolutely, we can help with that – that’s what we do.”

With a goal of stopping all forms of abuse in Martinsville, Henry County and Patrick County – and extending services this year to victims in Danville, Pittsylvania County and Franklin County – the SSRC serves as a local hub for those seeking to end the cycle. As a nonprofit organization, the SSRC often depends on donations to run their operations.

After hearing Blevins’s story, Tammy DeCoster, a local independent sales consultant with Initial Outfitters, created a series of bracelets in memory of Misty Blevins. She sells them, and 100% of the profits benefit the SSRC.

In July, DeCoster presented the SSRC with a $250 check.

“Donations like that really help us by providing income that’s not restricted by funding requirements, so that we’re able to help people in ways that we may not have funding for in the budget,” Rodgers said. “So maybe we’re buying diapers for somebody. Or maybe we are helping keep the lights on. All of those funds are used as match toward our victim service grant, so it’s matching funds that are required.”

Like DeCoster, those who wish to raise money for the nonprofit organization are welcome to do so at any time.

“If anyone else is interested in doing fundraisers, they can be completely managed by anybody,” Rodgers said. “If they would like to host a fundraiser or present a check, they can do that here at our office. Just contact me or our staff.

The SSRC will host an “Empty Place at the Table” fundraising event at the New College Institute this Thursday. There will be the usual catered meal and presentation and silent auction.

But there also is a greater cause, a celebration of survival.

“This dinner is to honor people who have lost their lives to domestic violence,” Rodgers said.

“Empty Place at the Table”

WHAT: Fundraiser dinner and silent auction.

WHERE: 91 Fayette St in Martinsville

For those experiencing abuse or for those seeking guidance, the Southside Survivors Response Center is available 24/7 at 877-934-3576, www.SSRCenter.org and on social media at www.facebook.com/SSRCenter.