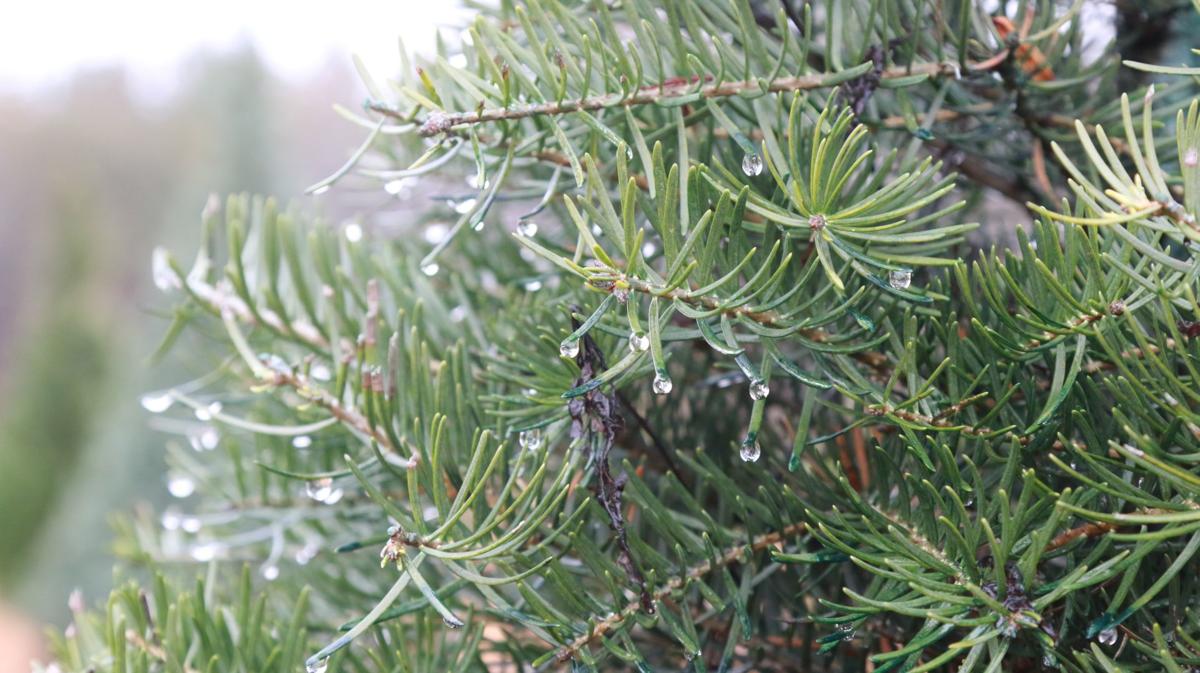 Types of trees at Ayers-Kreh Christmas Tree Farm in Stuart include firs, spruces, cypresses and pines. 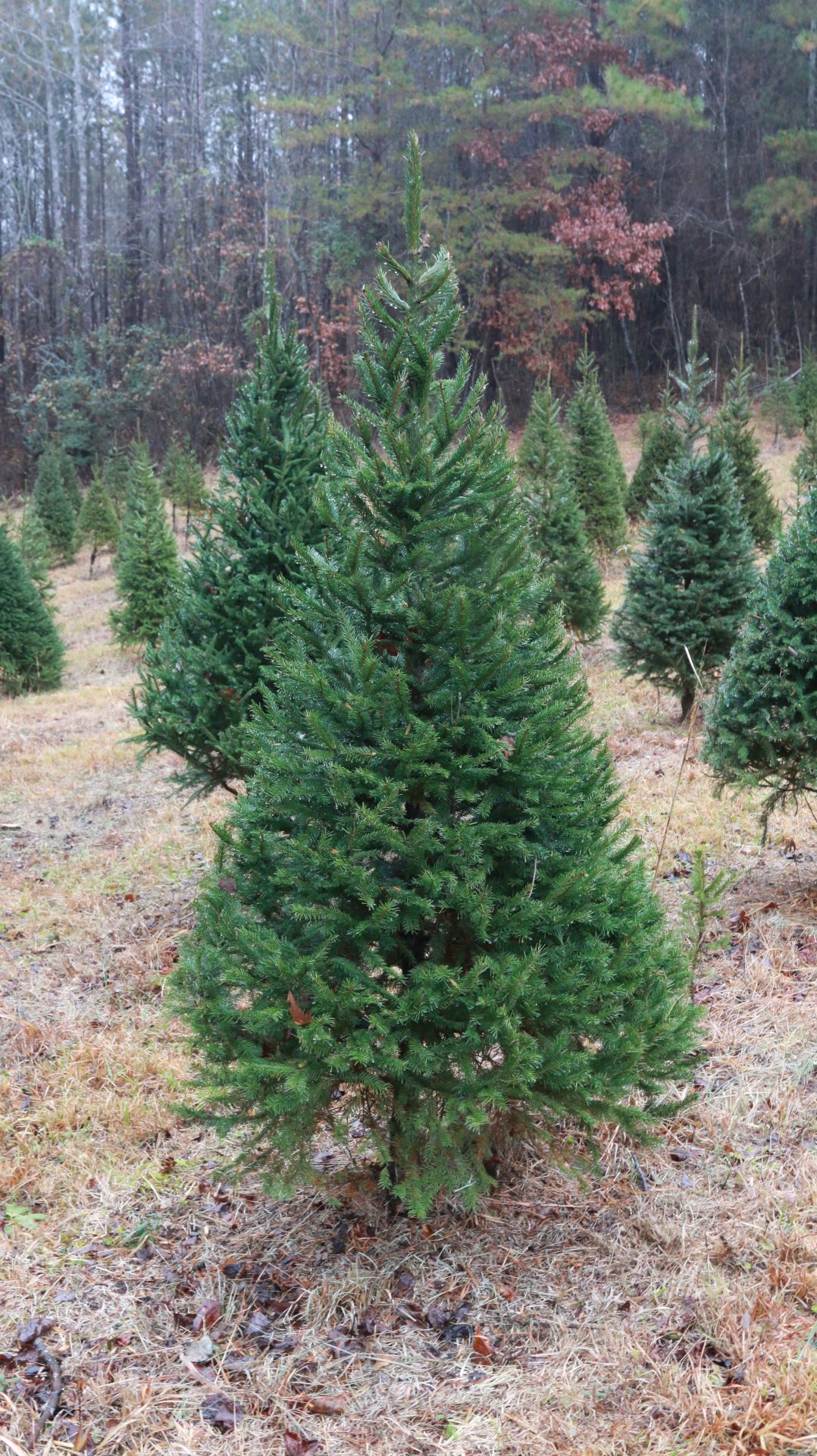 There are a wide variety of trees available at Ayers-Kreh Christmas Tree Farm in Stuart.

Types of trees at Ayers-Kreh Christmas Tree Farm in Stuart include firs, spruces, cypresses and pines.

There are a wide variety of trees available at Ayers-Kreh Christmas Tree Farm in Stuart.

In 1980, Richard Kreh planted the first evergreen at Ayers-Kreh Christmas Tree Farm in Stuart. Several years later, he sold his first round of trees to a wholesaler. Eventually, as owner of the business, he transitioned the sale of trees directly to the customer, a practice still in place today.

“It evolved over several years to a choose-and-cut farm,” Kreh said. “Once I established my customer base, we moved out of wholesaling to just total cut on the farm sales.”

Since then, Kreh estimated that upwards of 2,000 people – and dogs – visit the Christmas tree farm each year, searching for the perfect evergreen.

Some years, up to 1,000 trees find new homes. Other years, approximately 500 leave the lot.

“It depends on the year because we’re so weather dependent,” he said. “We’re only open on the weekends after Thanksgiving for a couple of weekends, so if the weather breaks bad, we don’t sell many trees.

The outdoor elements aren’t the only factors that determine how many trees leave the farm each year.

“Actual sales, I have to control because I don’t have the inventory. It’s not like a factory that makes widgets. If demand goes up, it’s not like we can simply, almost instantaneously, make more widgets,” Kreh said. “We can’t grow trees that way. We have to give them time. We purposefully limit our sales.”

In his nearly four decades in the business Kreh said he has noticed four distinct characteristics people look for in a perfect tree – shape, scent, size and color. However, he said, Jack’s favorite tree may differ greatly from Jill’s.

“Well, I say beauty is in the eyes of the beholder, so the tree that you think is perfect, the person behind you may think is the most disgusting ‘Charlie Brown tree’ they’ve ever seen in their life,” Kreh said. “I’ve quickly learned not get too locked up on the perfect tree.”

Some people focus on the specific type of tree, such as firs, spruces, cypresses and pines. No matter the type of tree selected, each evergreen gets trimmed throughout its life into the traditional triangle shape consumers expect.

Others rely more on the visual effect certain characteristics of a tree will have in their home.

Each type of tree also bears a different aroma, which many take into consideration before bringing the natural decoration inside.

“People are driven by some trees that have a stronger scent than others,” he said.

Another aspect is the size of the space at home, but finding the right evergreen to take inside doesn’t always go according to plan.

“I find most times in the field, people are out there in the great domain, out there in an open space like that, and their perception of size is not quite the same as taking that perfect nine-foot tree to a house that has eight-foot ceilings,” Kreh said. “Out in the field, it doesn’t look that big. Even though they have their own body to scale the thing, they end up very often cutting part of the tree off.”

After a family finds the perfect tree, they cut it down themselves, put a tag on it and wait for the tractor-drawn wagon to drive through the field and take them back to the starting point.

Next, the family watches their tree go through the processing area.

“Here come the folks. They’ve consummated their purchase. They’re as happy as a clam,” Kreh said.

Once the family exits the wagon, employees take the tree and place it on a vibrating machine. Shaking the tree rids the evergreen of old pine needles, bugs and briars. Then, the tree goes through a machine that safely compacts the branches and wraps it in twine, making it easier to place in a truck bed or on a vehicle’s roof for transportation.

“That tree that was five-foot at the base now is just a foot-and-a-half in width,” Kreh said.

Next, employees measure the tree to the nearest quarter foot and write their findings on a tag. They send the tag with the family to pay for their tree at the old farmhouse office, where the business also sells decorative wreaths and garland. The customers get free hot chocolate and apples as a bonus.

Year after year, both loyal and new customers find their trees at the farm. For many, a late-November or early-December trip to Ayers-Kreh is a longstanding family tradition.

Amie Knowles can be reached at amierknowles@gmail.com

Amie Knowles can be reached at amierknowles@gmail.com

More in Are you ready for holidays and shopping in Martinsville, Henry and Patrick counties? (2 of 6)

WHERE: 1531 Ayers Orchard Road in Stuart.

Are you ready for holidays and shopping in Martinsville, Henry and Patrick counties?

Holiday gift ideas that say Martinsville, Henry County and beyond