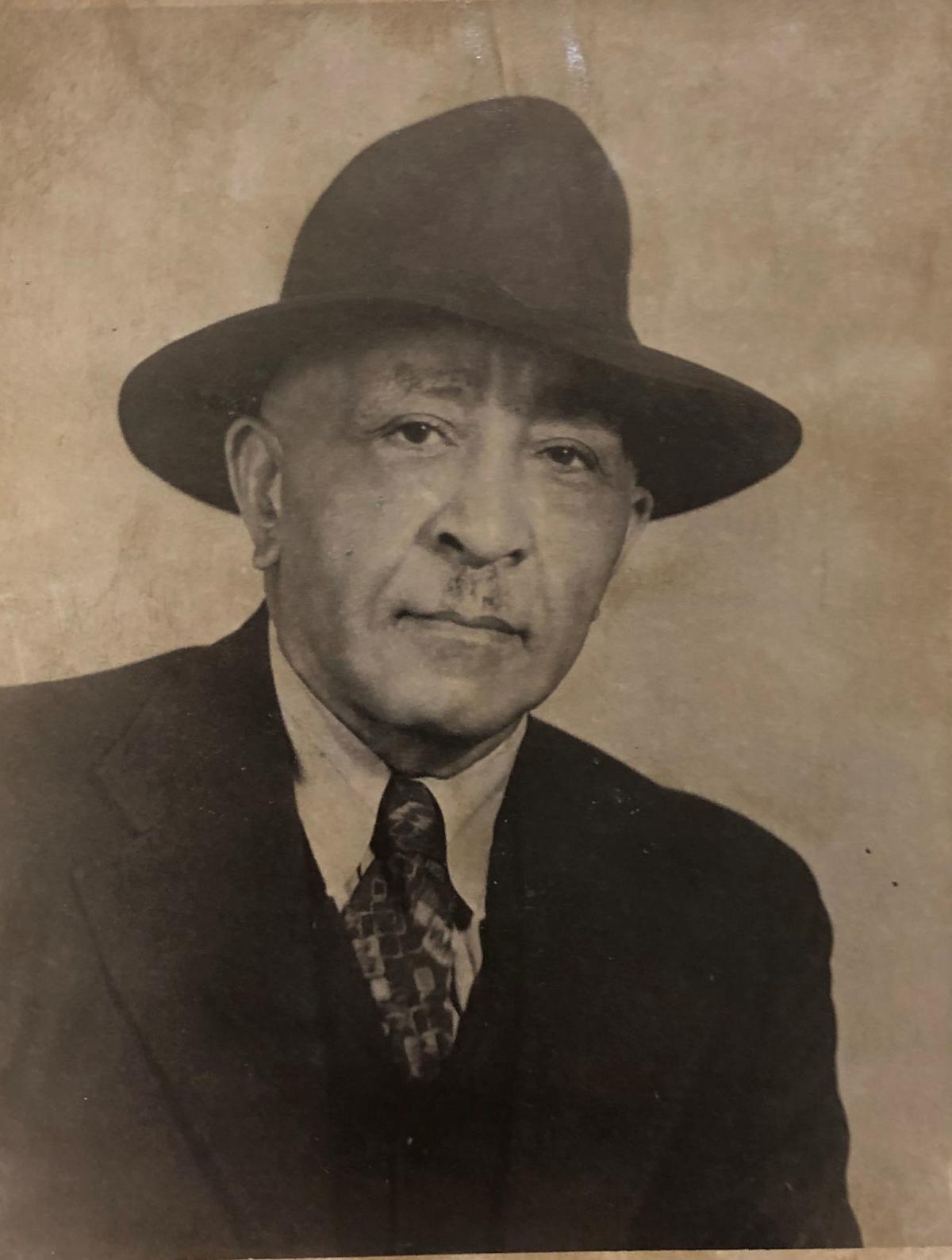 Dr. Dana O. Baldwin was a leader of developing Martinsville. He was the first local doctor to volunteer his services in World War II. He died in 1972 at age 91. Baldwin Block, between Fayette, Moss, West Church and Market streets and also the building that houses NCI are named after him. His niece, Marie Baldwin Hairston, gave a program about him Wednesday at NCI. 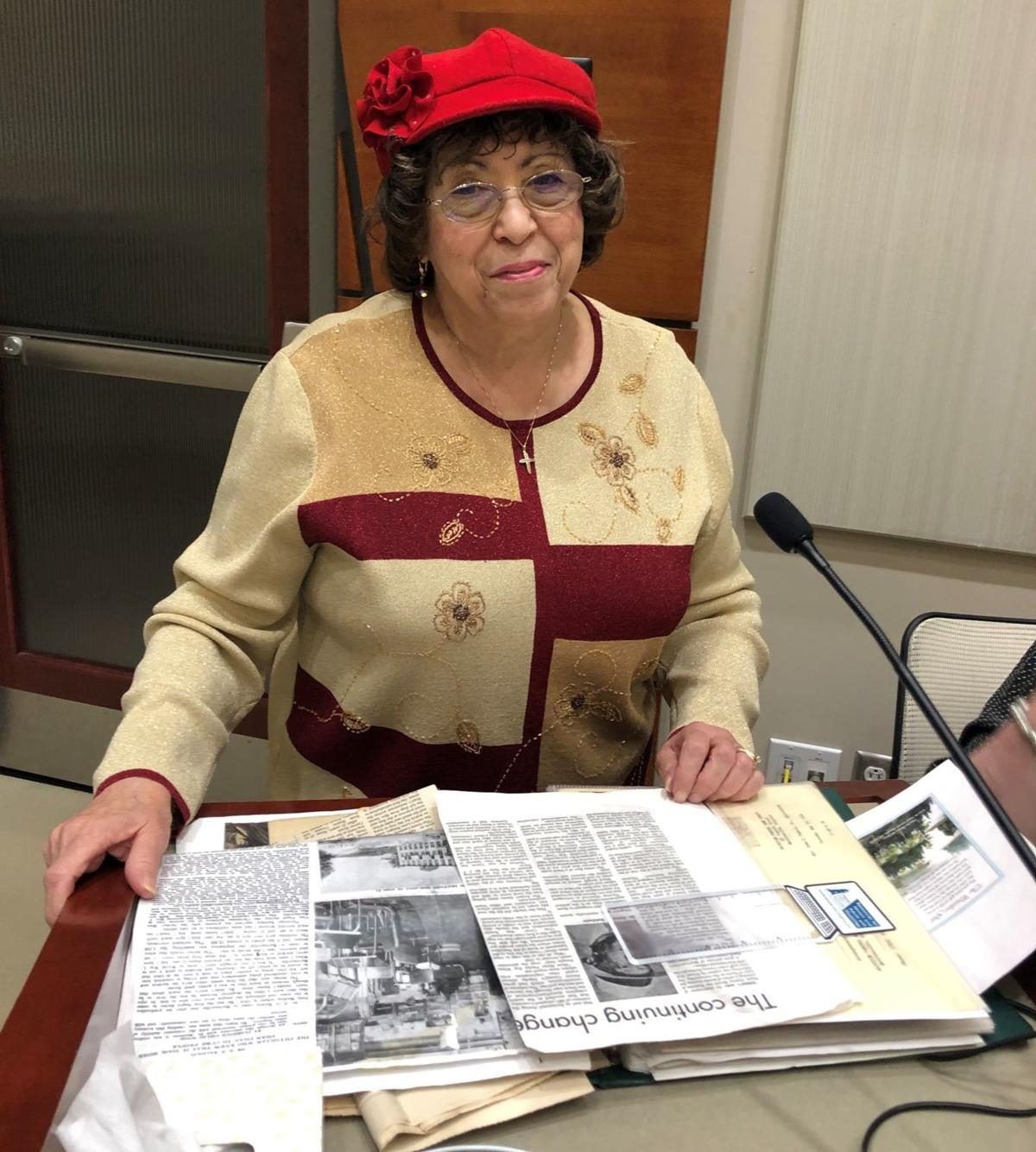 Marie Baldwin Hairston talked about her uncle, the late Dr. Dana O. Baldwin, who was the driving force behind a vibrant black community in the Fayette Street area of Martinsville in the 1900s.

The Baldwin Building on Fayette Street in Martinsville is home to New College Institutue.

Dr. Dana O. Baldwin was a leader of developing Martinsville. He was the first local doctor to volunteer his services in World War II. He died in 1972 at age 91. Baldwin Block, between Fayette, Moss, West Church and Market streets and also the building that houses NCI are named after him. His niece, Marie Baldwin Hairston, gave a program about him Wednesday at NCI.

Marie Baldwin Hairston talked about her uncle, the late Dr. Dana O. Baldwin, who was the driving force behind a vibrant black community in the Fayette Street area of Martinsville in the 1900s.

The Baldwin Building on Fayette Street in Martinsville is home to New College Institutue.

A program about one of the developers of Martinsville was held Wednesday in the building named after him, which sits on the block named in his honor.

Baldwin developed the area of Martinsville among Fayette, Market, West Church and Moss streets, which in 2008 was named Baldwin Block. It was a vibrant commercial center for the local black community around the early 1900s, and its development sparked other growth in the Fayette Street area.

Buildings in the Baldwin Block were razed in the 1960s and 1970s, and the block remained vacant before construction of the NCI building.

The building that houses NCI on Baldwin Block was named The Baldwin Building in 2018 and was called the Building on Baldwin in 2014, when it opened.

Growing up, he worked on farms and studied by lamplight, Hairston said.

Before Baldwin arrived in Martinsville in 1910, the situation for African-Americans was “a grim picture,” Hairston read from a letter describing conditions of the western area of Martinsville at the turn of the century.

Along the Fayette Street area there were fewer than a dozen “Negro homes” of more than two rooms, she read in the letter. People “seemed resigned to those conditions.”

Dana Baldwin’s arrival in Martinsville came right after he was graduated as a doctor. His first seven years in medical practice were difficult, Hairston said, largely because black people were accustomed to going to white doctors and were leery of a black physician.

He was the first African-American doctor to volunteer his services in World War I and was the first doctor from Martinsville to do so. “When he went in, that was the start of people going into service to fight,” Hairston said.

Baldwin, a first lieutenant in the Medical Reserve Corps., was assigned to the 368th Ambulance Company of the 92nd Division, 317th Sanitary (Medical) Train.

His medical practice took off after he returned from World War I, Hairston said.

Baldwin married Vina Flood in 1911, and the couple adopted two daughters and also raised four foster children. He convinced his brothers, one of whom was Hairston’s father, to move to Martinsville as well. One brother was a pharmacist, and the other was a builder.

Vina Baldwin was a teacher, hospital nurse and treasurer, among other roles.

Hairston said Dr. Jesse M. Shackelford of Martinsville was a good friend and ally to Baldwin, and when both worked together, “they never lost a patient.”

Beginning in the early 1920s, Baldwin bought the land now known as Baldwin Block and built several businesses there.

Local residents told Baldwin’s story and the development of his area of Martinsville in a video called “Once Upon a Time: A Village on Fayette Street,” which was shown during the program.

“What Baldwin Block did to the black community was very significant,” Bill Vickers said in the video.

Baldwin built offices for a doctor, dentist and lawyer.

“Along with being a physician, I believed it was my duty to do anything to advance the economic security of the people I served,” Hairston read from one of his writings. He had started a brick-making business and even had plans to open a silk-making factory, she said.

He also convinced a company that made overalls to open another factory, Jobbers Pants Company, which provided employment for African-American women beyond domestic work, Hairston said. It was near the corner of Fayette and High streets.

“At that time the only employment for black women was in homes, caring for children, cooking and ironing, being a domestic,” Hairston said. The higher wages of pay in the factory helped drive up the wages paid in domestic work.

He also inspired entertainment and culture in the area. He coordinated the June-German Ball, which drew nationally famous musicians such as Chuck Berry and James Brown, Ella Fitzgerald and Tina Turner. He also built Sandy Beach Resort, which had a swimming pool. He was a significant contributor to charities and churches.

“Affectionately, he is referred to as ‘Mr. Martinsville,’” Hairston read from a document.

Another account she read from a Mr. Spencer stated “‘the Fayette Street’” area was the “‘center of the known universe” to local black people when he was growing up,

She also showed photographs from his life, including the family homeplace in Apex, N.C. Family reunions alternated between Martinsville and Apex and always featured “the best food you ever put in your mouth,” Hairston said.

Finishing the program, Hairston read from a poem written by Baldwin:

“I THANK my God for everything – that he has given me; for every dream and wishful thought, and every memory.”