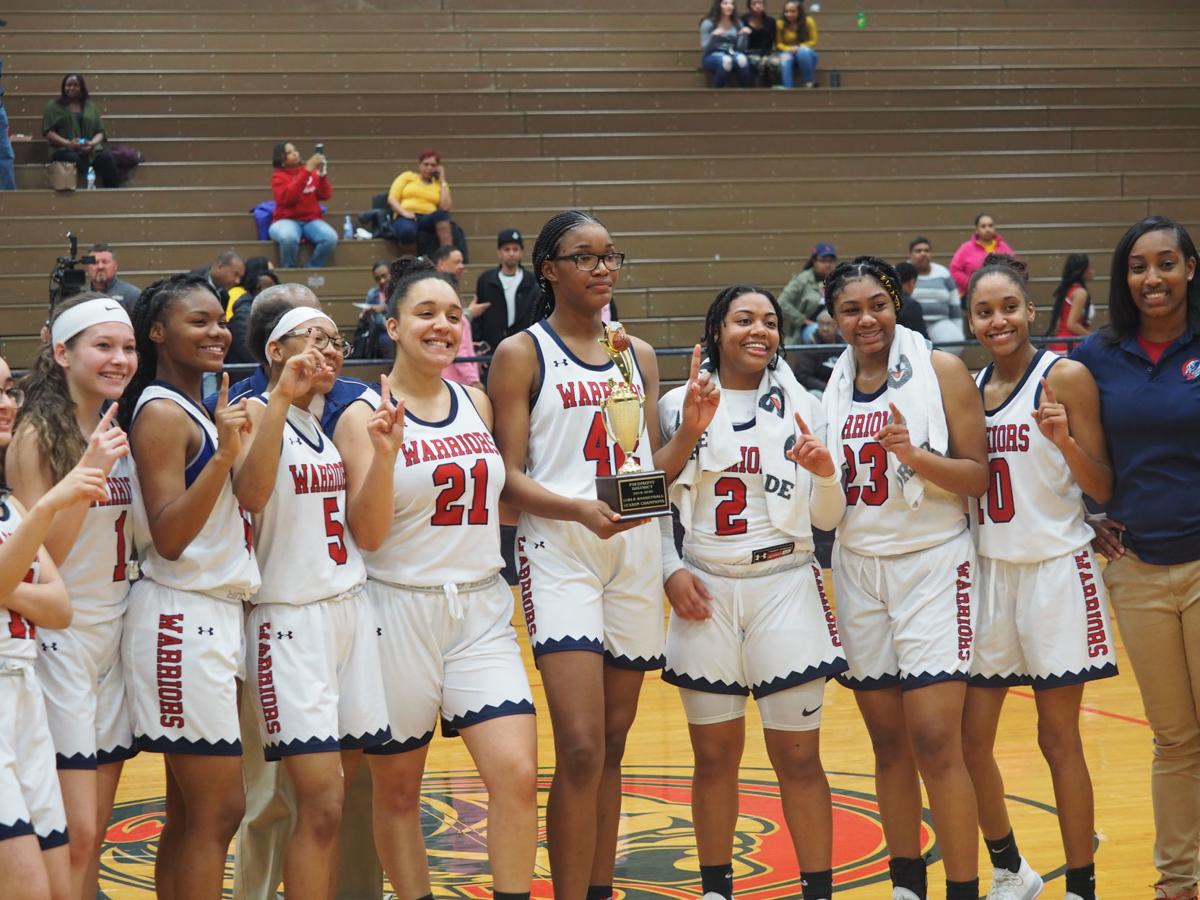 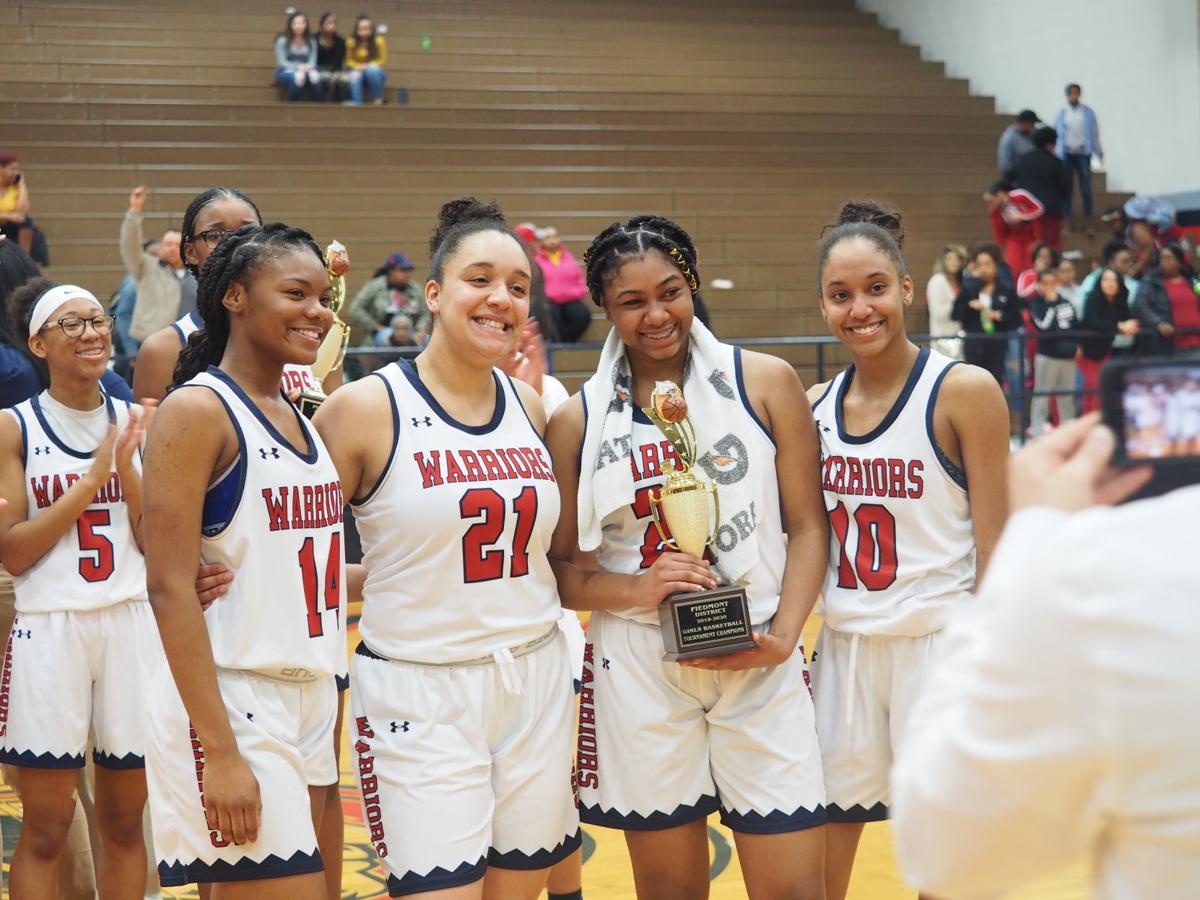 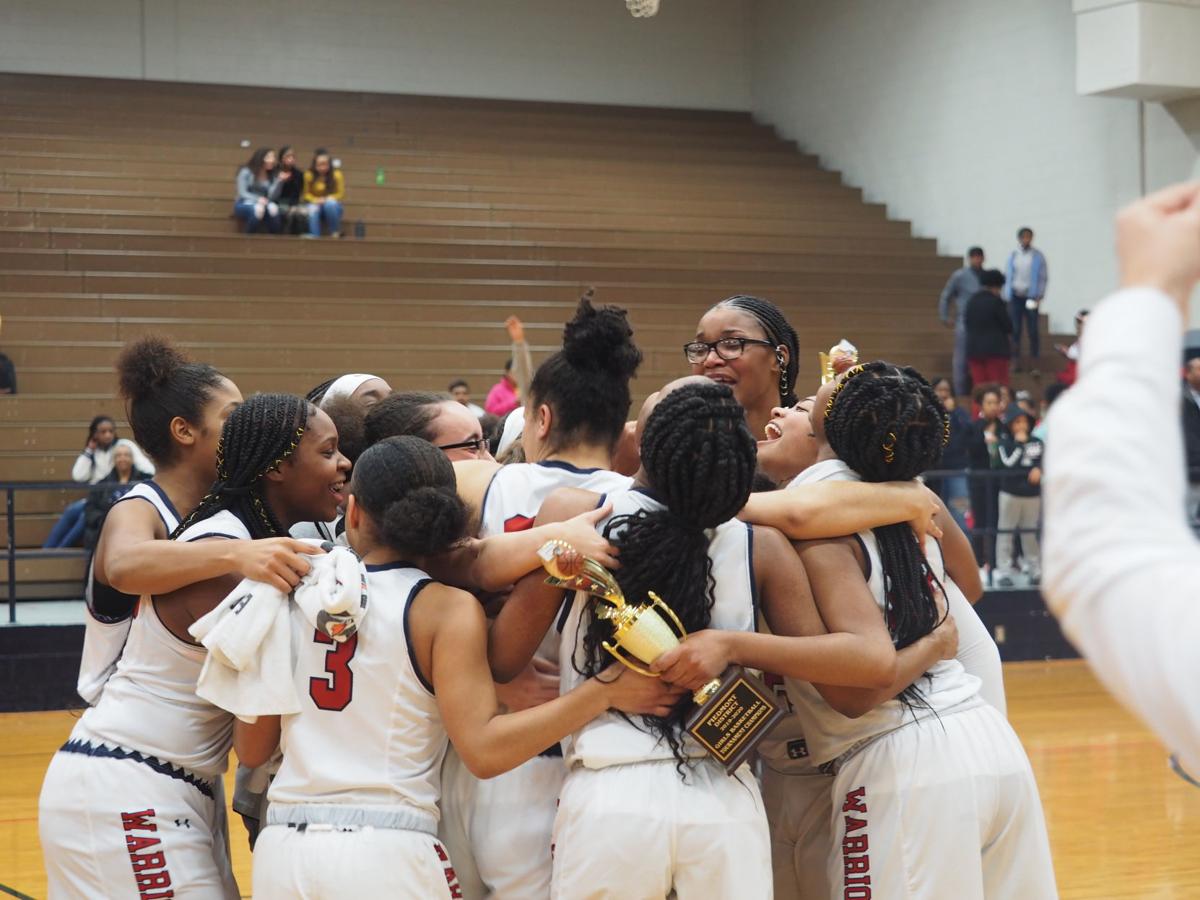 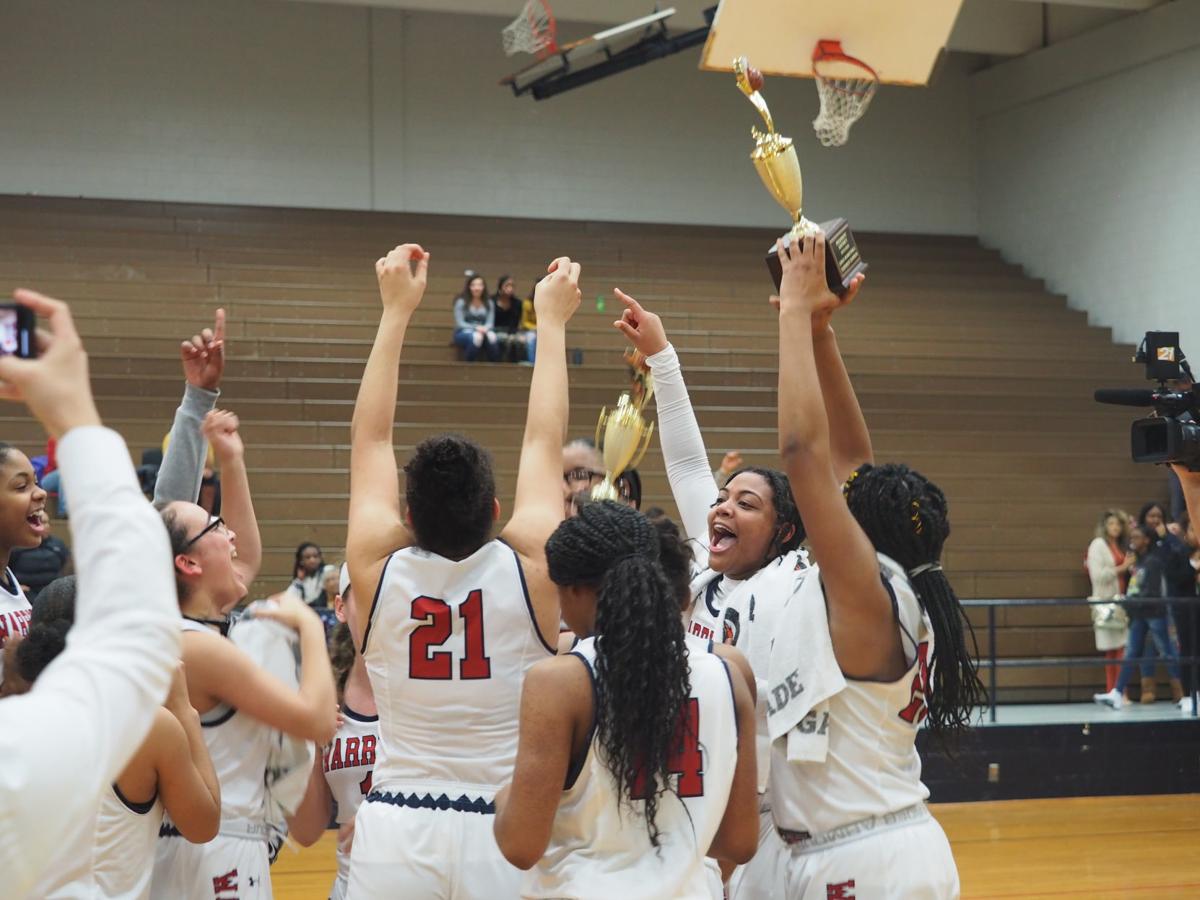 Three meetings this season between Magna Vista and Martinsville girls basketball have been decided by a total of 11 points.

Magna Vista has won all three.

The two teams played their closest game in three years Tuesday night in Ridgeway, and Martinsville led all the way until the final three minutes. The Warriors battled back in the fourth, outscoring the Bulldogs 12-4 on the way to a 36-35 win the Piedmont District Tournament finals.

Martinsville led 31-24 heading into the fourth, and led by as many as 11 in the third. Magna Vista senior Mackenzie Hairston hit a layup to cut the lead to one, and Ciara Dillard scored a minute later for the Warriors’ first lead, 32-31, with three minutes left on the clock. The Warriors grew the lead on a make in the paint by Sanai Hairston-Williams on the next possession.

After being held scoreless for nearly seven minutes, Bulldogs’ junior Leighton Jamison put back an offensive rebound with a minute to play to cut the lead to one.

Both teams turned it over in the final minute. Magna Vista inbounded the ball to sophomore TaNashia Hairston with 14 seconds left on the clock, and she was able to dribble out the rest of the clock without getting fouled, securing the win.

“Tonight we played 31 minutes and 45 seconds and gave it away in the last 15 seconds,” Martinsville coach Charlie Holland said.

The Warriors were playing in their third straight PD finals. They finish the season as both regular season and tournament champs, winning the tournament for the second time in three years.

“Heart. No other word, no other way to describe it,” said Magna Vista coach Kyana Smith of her team’s play in the fourth quarter.

Martinsville led 11-4 after the first, and 22-18 at the half. The Warriors held the Bulldogs to 15 points in the second half, and didn’t allow a single Martinsville player to reach double-figure scoring.

“We came in at halftime and we talked, talked about having a big third quarter. We really didn’t like we needed to,” Smith said. “But late in the fourth quarter our defense is what obviously carried us when we needed it to, and that’s proven time and time again to sort of be our bread and butter down the stretch. We struggled offensively but we made up for in the last three minutes of the game.”

The Warriors finish PD play with a perfect 14-0 record. The celebration for Smith and her team was extra special for the first year coach who has seen much growth in her team since she took over the program over the summer.

“It just means a lot. If you guys had been here that first day in June to see where we started to where we’ve come now, I think it’s a huge accomplishment,” Smith said of the tournament win. “For the kids, it’s something they really want just to have that bragging right to say they’re the best team in the Piedmont District and in this area, so it meant a lot to be able to celebrate with them.

“Even though they make it hard sometimes to be able to celebrate like we want to, but I’m happy for them, happy for the seniors because they put in a ton of hard work in the last four years in this program.”

“I think we played great defense, we shot the ball well, we forced them into turnovers, we didn’t let TaNashia or Wilson get away,” Holland said. “But down the stretch we just didn’t play smart. As the coach, I’ll take the blame for that because you never defer things to your players. We just weren’t smart at the end, and that’s just something I’ve got to develop in them.”

Martinsville (18-7) will still receive the No. 1 seed in the upcoming Region 2C tournament. They’ll open play at home on Tuesday, with their opponent to be determined.

“Region’s getting ready to start. You either do or you’re done,” Holland said. “If you haven’t learned it in the three games we’ve had with them you just have to work on it over the summer.

“Until this group, it’s where they’re young. I don’t make any excuses, but when pressure comes they’ve got to learn to relax. You don’t have to make a heroic shot. We’ve won plenty of games where we’ve spread the floor, dribbled time off the clock and what-not. Tonight, I think we had the perfect game-plan, we executed, and it just didn’t go our way. Until you grow as a team and grow as a player you’re going to keep getting snakebit, that’s all I can tell you.”

Magna Vista (20-2) will take the No. 3 seed in the Region 3D tournament. They’ll open the tournament on Tuesday at home against Staunton River. Tipoff is at 6 p.m.

“Enjoy today, but when we show up tomorrow for practice we’ve got to regroup, reset, have a new mind, and get ready for the region,” Smith said.