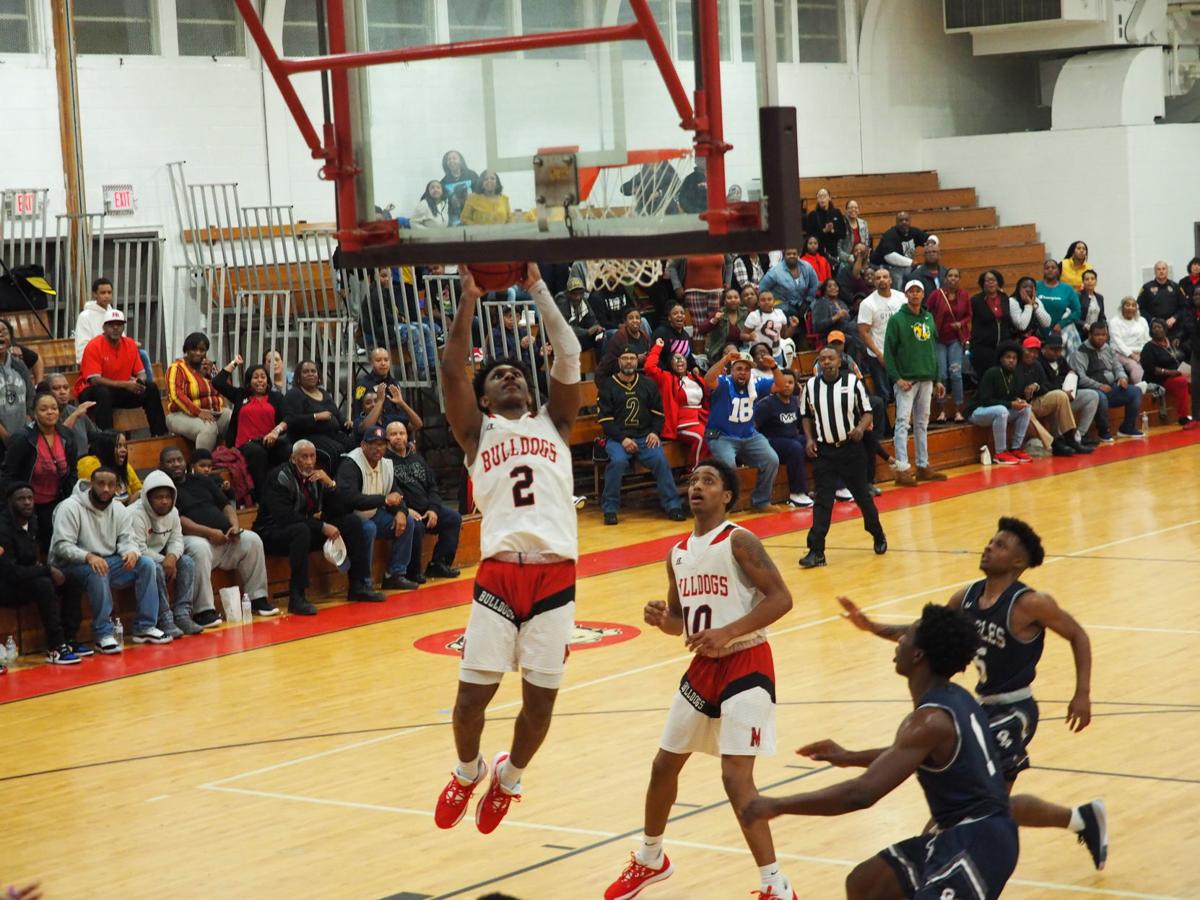 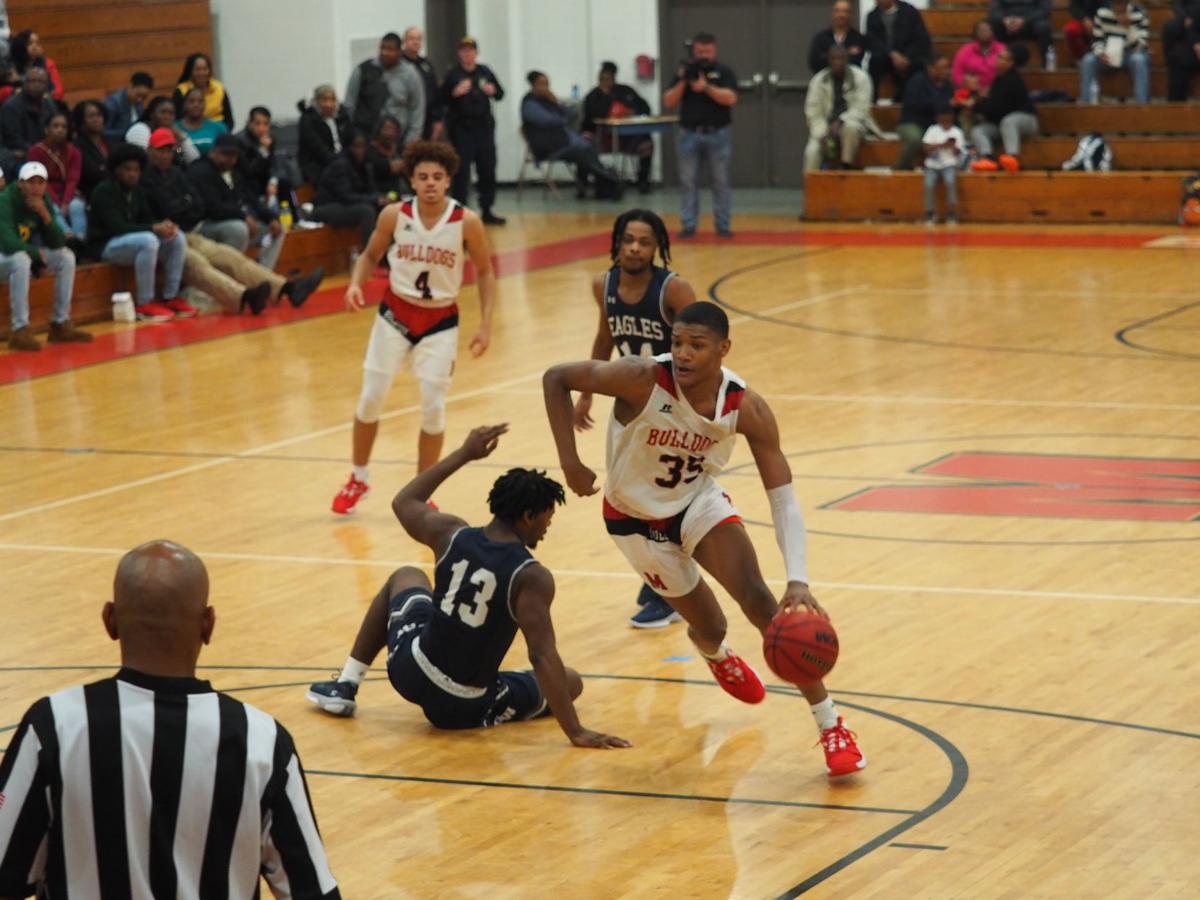 G.W.-Danville gave Martinsville everything in the tank in a comeback attempt Tuesday at Martinsville Middle School, but the Bulldogs were able to get key turnovers and rebounds when it truly mattered in a 58-55 win over the Eagles.

​The Bulldogs led 44-30 heading into the fourth quarter when G.W. started storming back. An early 3-pointer by Ja'Rell Showers cut the lead to nine, and another 3 by Jakobe Dixon made the score 49-43 with 3:17 to play.

Just as the Eagles were getting momentum, Martinsville's Troy Brandon put through a contested layup and knocked down the ensuing free throw to put the Bulldogs up seven with 2:15 on the clock. Two steals by Jahiem Niblett and two subsequent layups by Jahil Martin helped Martinsville stay up by eight with a minute to play.

Martinsville was never comfortable in the final minute, though. A 3-pointer and layup by G.W.'s Taevon Walden cut the lead to 57-55 with 15 seconds left.

While Niblett was able to hit the front end of two free throws, the Bulldogs missed three in the final seconds of the game, but were able to hold on thanks to a steal by Lemuel Jones at half court on an attempted G.W. fast break.

G.W. went in for one final shot in the final seconds, but missed into the hands of Martinsville's Javontae Manns, who held on for the win.

Martinsville outrebounded the Eagles 37-33. G.W. had 16 turnovers, while the Bulldogs had 18.

Martinsville wins its fourth game in a row and improves to 7-4 on the season. They'll return home on Thursday for a contest against Dan River at 7 p.m.