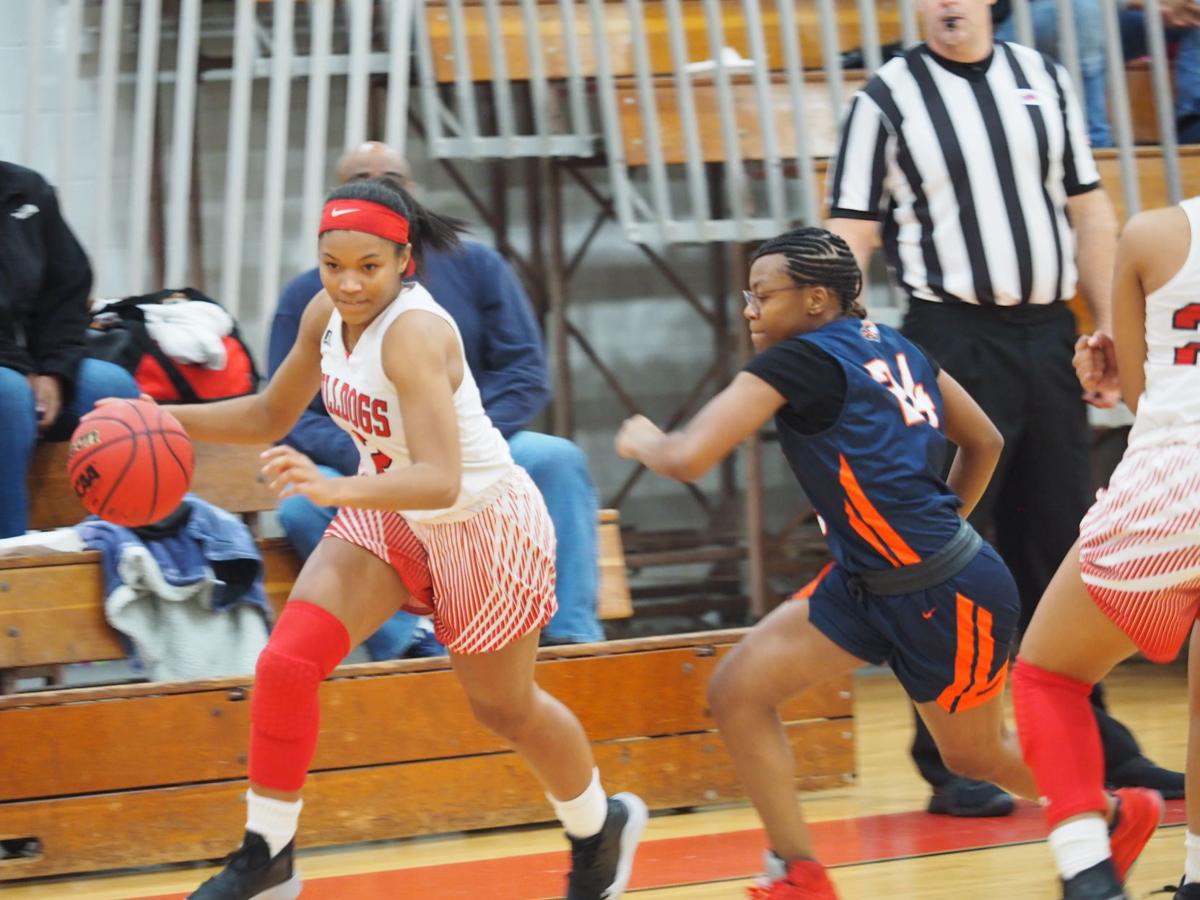 Martinsville's Caira Valentine dribbles up the court during Tuesday's win at home over Heritage. 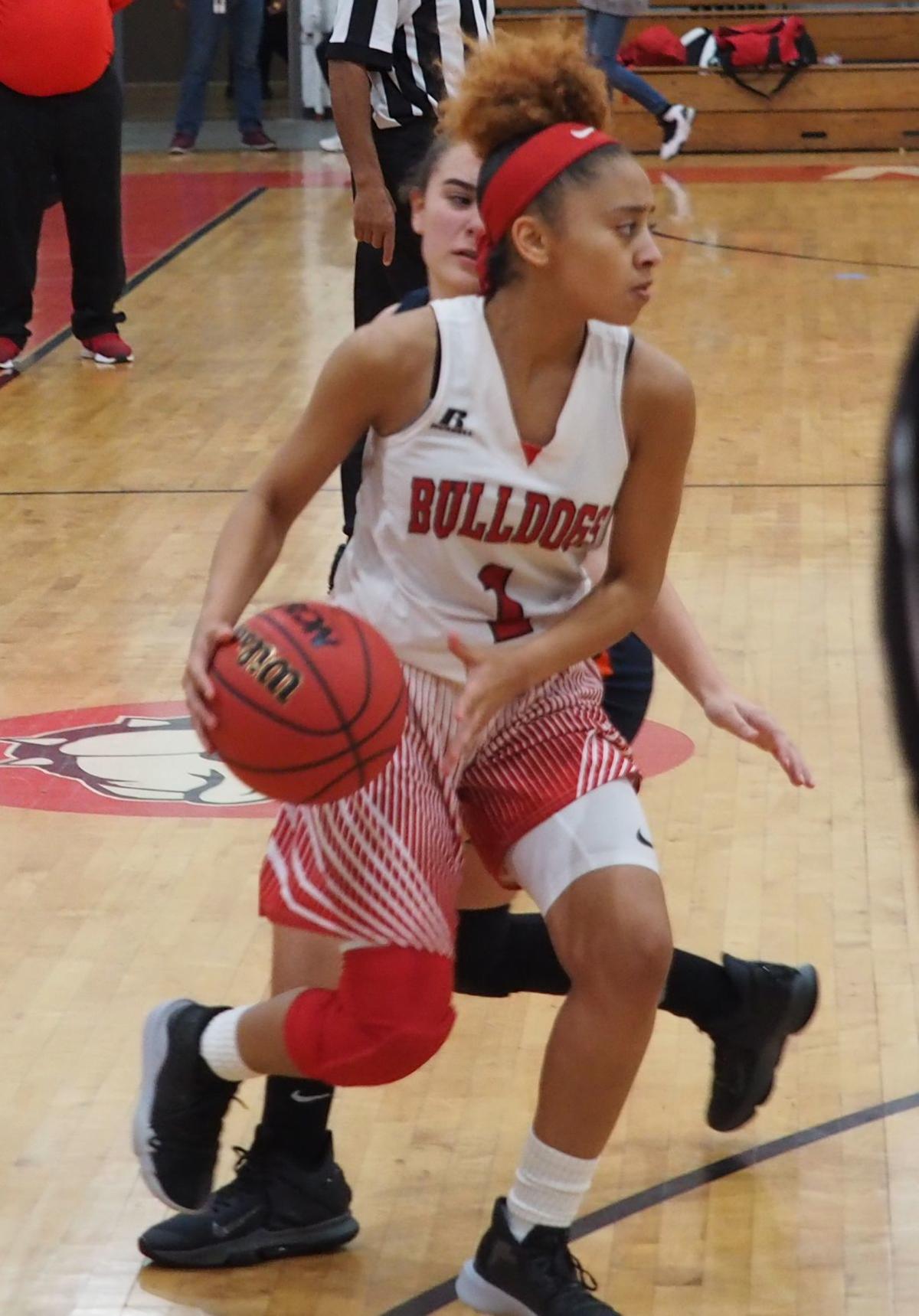 Martinsville's Destiny Harris looks to pass during Tuesday's win at home over Heritage.

Martinsville's Caira Valentine dribbles up the court during Tuesday's win at home over Heritage.

Martinsville's Destiny Harris looks to pass during Tuesday's win at home over Heritage.

Martinsville’s girls basketball team may have been playing its first game of the season Tuesday night, but they played like they were in midseason form. The Bulldogs had 33 steals and 16 offensive rebounds as a team in a 64-24 rout of Heritage at Martinsville Middle School.

Martinsville held the Pioneers to just 4 points in the opening quarter, taking a 12 point lead at the end of the first frame. That trend would continue as the Bulldogs held Heritage to 10 or fewer points in each quarter.

Caira Valentine led the Bulldogs with 18 points, and added six steals. Nakieyah Hairston had 12 points with nine rebounds, seven on the offensive boards, and four steals.

All eight of the Bulldogs contributed meaningfully in the game, with each player scoring at least one basket and coming away with at least two steals and a rebound.

Destiny Harris had a team-high seven steals and four assists to go along with five points for the Bulldogs.

Martinsville (1-0) will get back on the court again Wednesday with a road contest in North Carolina at Reidsville High School. Tip-off is set for 7 p.m.