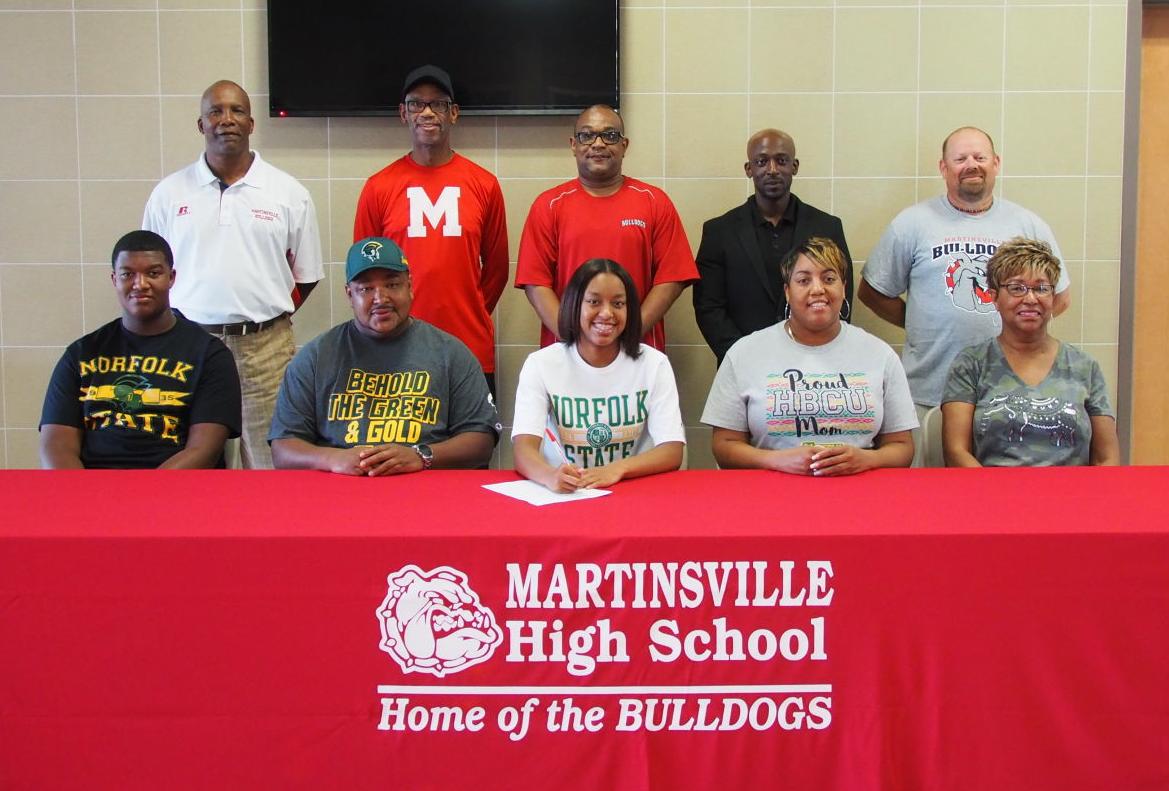 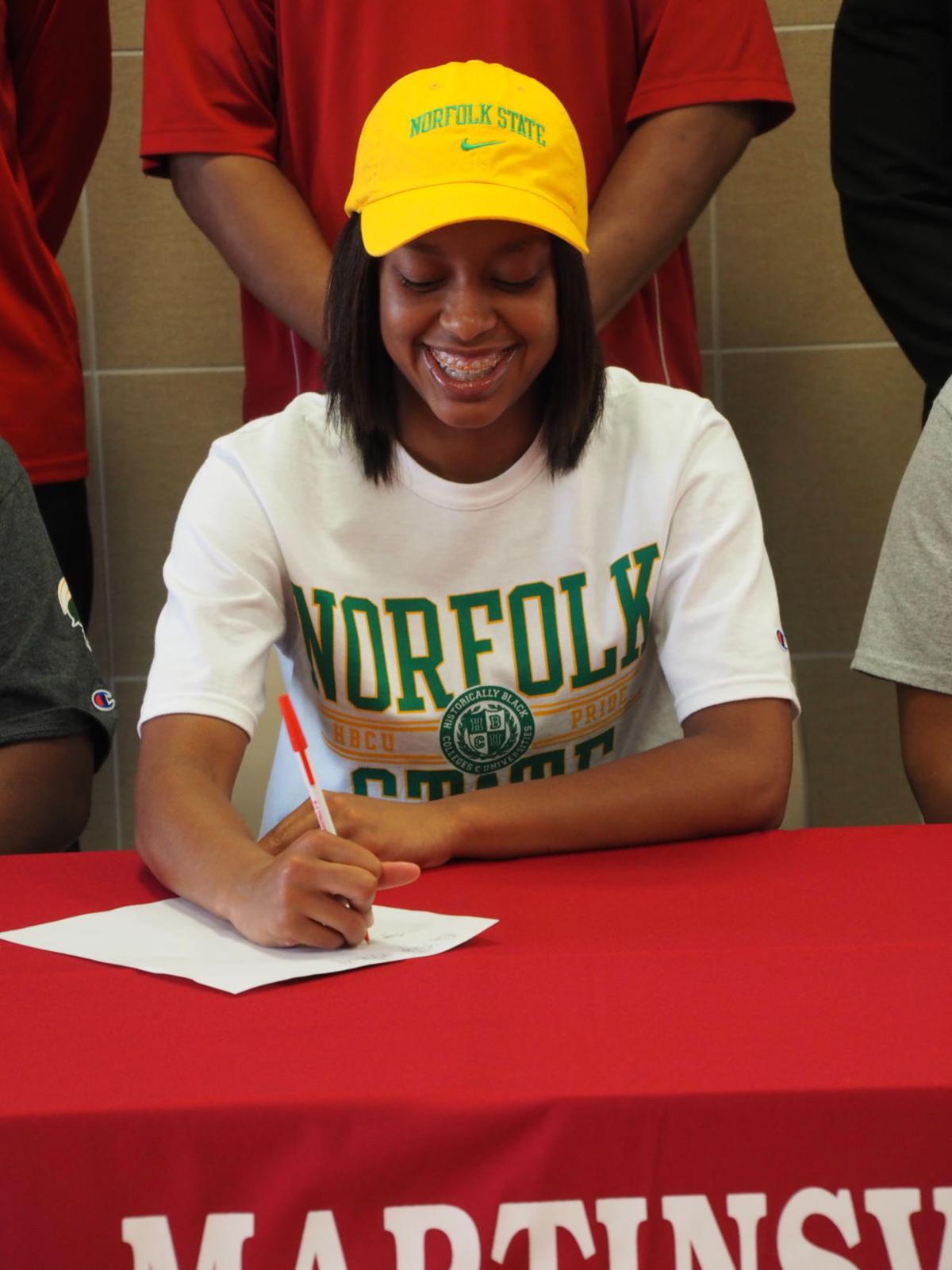 Martinsville’s De’Niya Gravely went into her senior year with no plans of trying to pursue playing sports in college.

Gravely, a 2019 Martinsville graduate, was a three sport star for the Bulldogs, playing volleyball, basketball, and running outdoor track. Her college plans changed in the spring.

Gravely won three VHSL Class 2 outdoor track and field state championships in the 100 meter dash, 200 meter dash, and triple jump. A coach at that meet knew the track coach at Norfolk State, where Gravely was already committed to attend in the fall.

“So he called him and told him my times and how I was doing and it just went from there,” Gravely said Tuesday.

Gravely’s plans to just be a college student at Norfolk State turned into a chance to run track for the Spartans, and after some thinking, the Bulldog decided to give college running a try. She committed to the school at a ceremony at Martinsville Tuesday afternoon.

“I had not thought about college for any type of sport at all,” Gravely said. “And I had told (Martinsville Track) Coach (Kelvin) Jackson I was like ‘I don’t want to do anything in college. I just want to go.’ But then the opportunity came and he was like, ‘You might as well take it.’ And I was like, ‘You’re right.

“I’m excited and nervous at the same time. It’s a lot.”

Norfolk State was fifth as a team at the Mid-Eastern Athletic Conference Outdoor Track Championship this spring.

Gravely met with the Spartans’ track coach when she was at the school for orientation earlier this summer. She said the plan is to do both sprints and triple jump while there.

The track team will begin workouts in September. Gravely said the coach wants her and the team to get acclimated to school for a few weeks before practices begin.

“Its college... I’m excited about it all,” she said. “Going off, going somewhere different, being away, seeing how I’ll really react not being around my family. It’s a lot. it’s a lot to be excited about.”

This year was Gravely’s first at Martinsville, and even though she had run track and her other school in the past, this was the first year she said she really took the sport seriously.

Even though she got a later start, she’s ready to make the most of her opportunity and continue to build on the success she saw as a Bulldog.

“I’m excited for the experience,” she said. “Because I actually found a love for it toward the end so now that I’ve got the opportunity I’m glad I got it and glad I took it.”