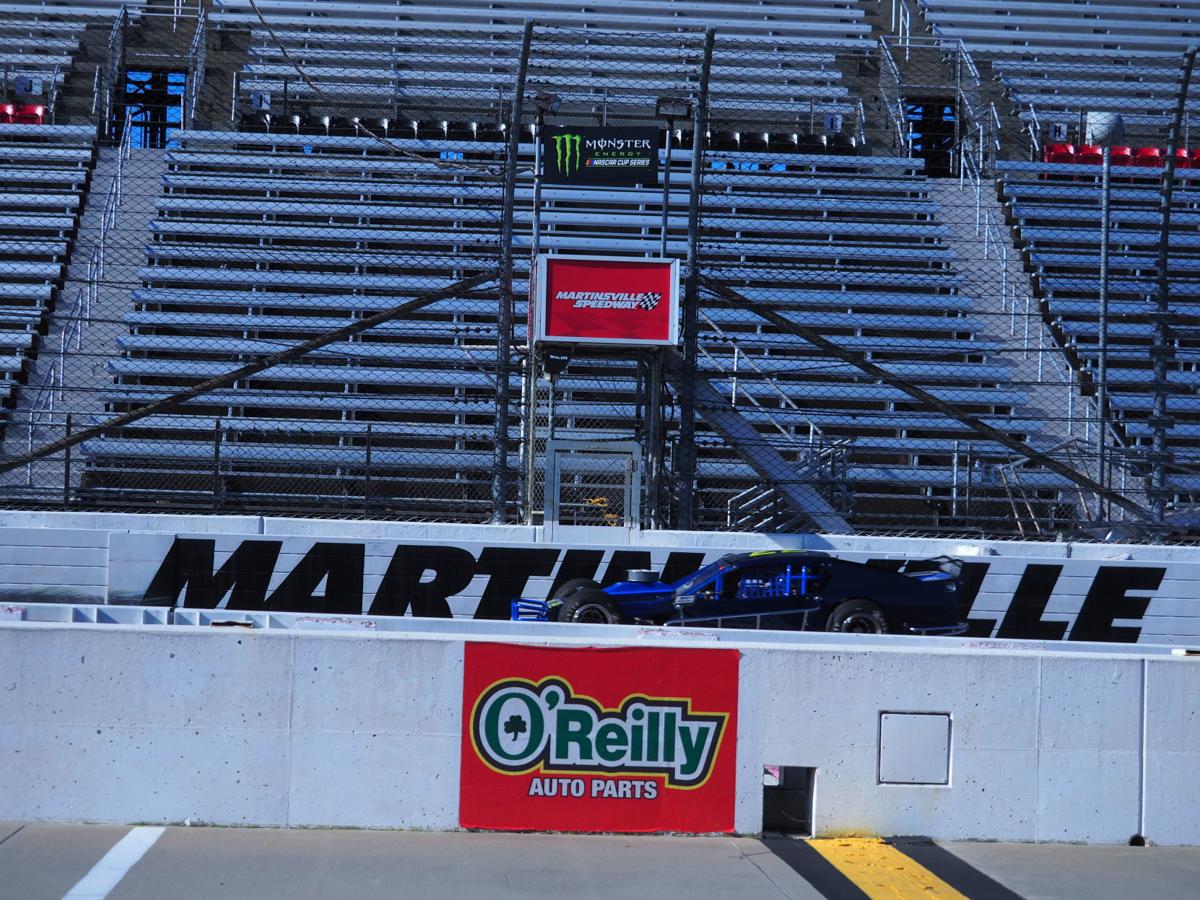 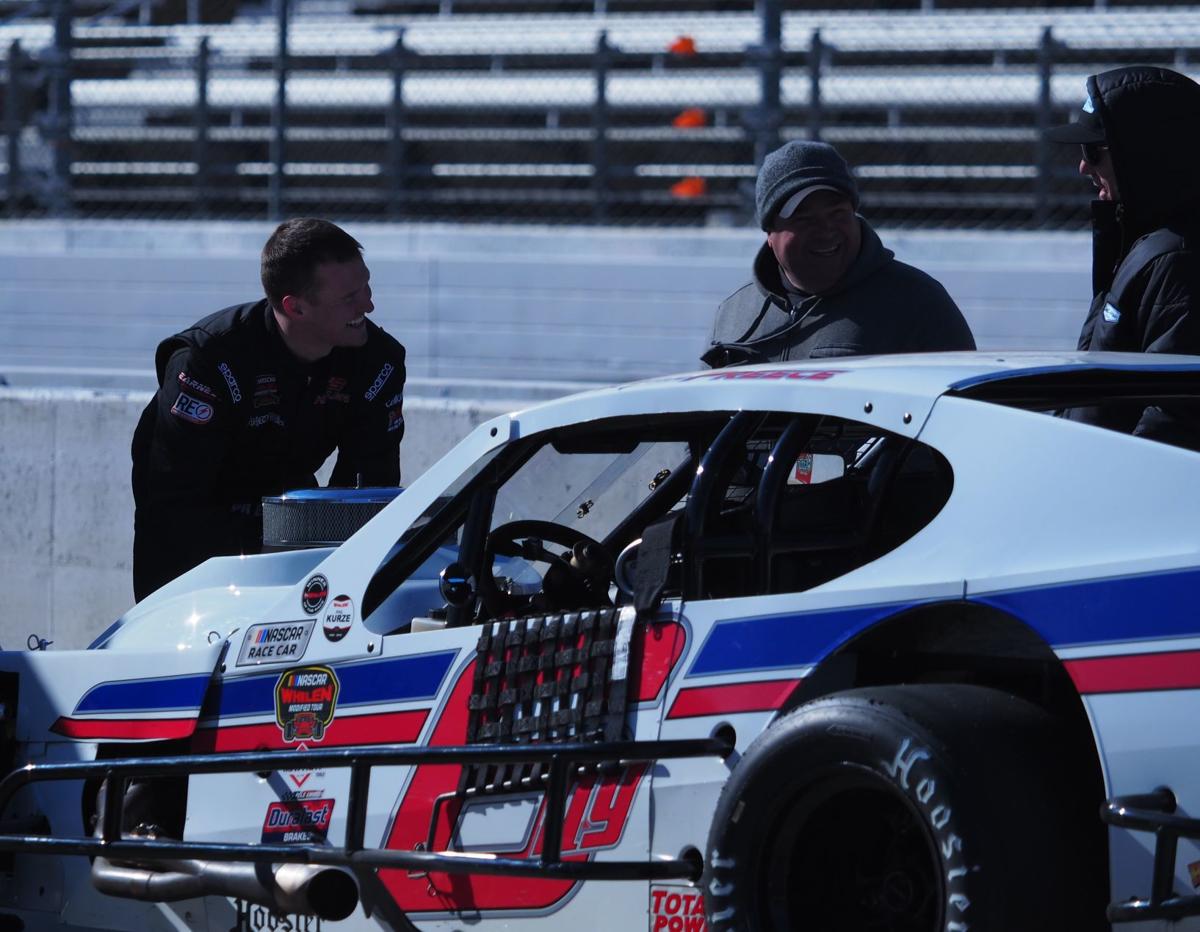 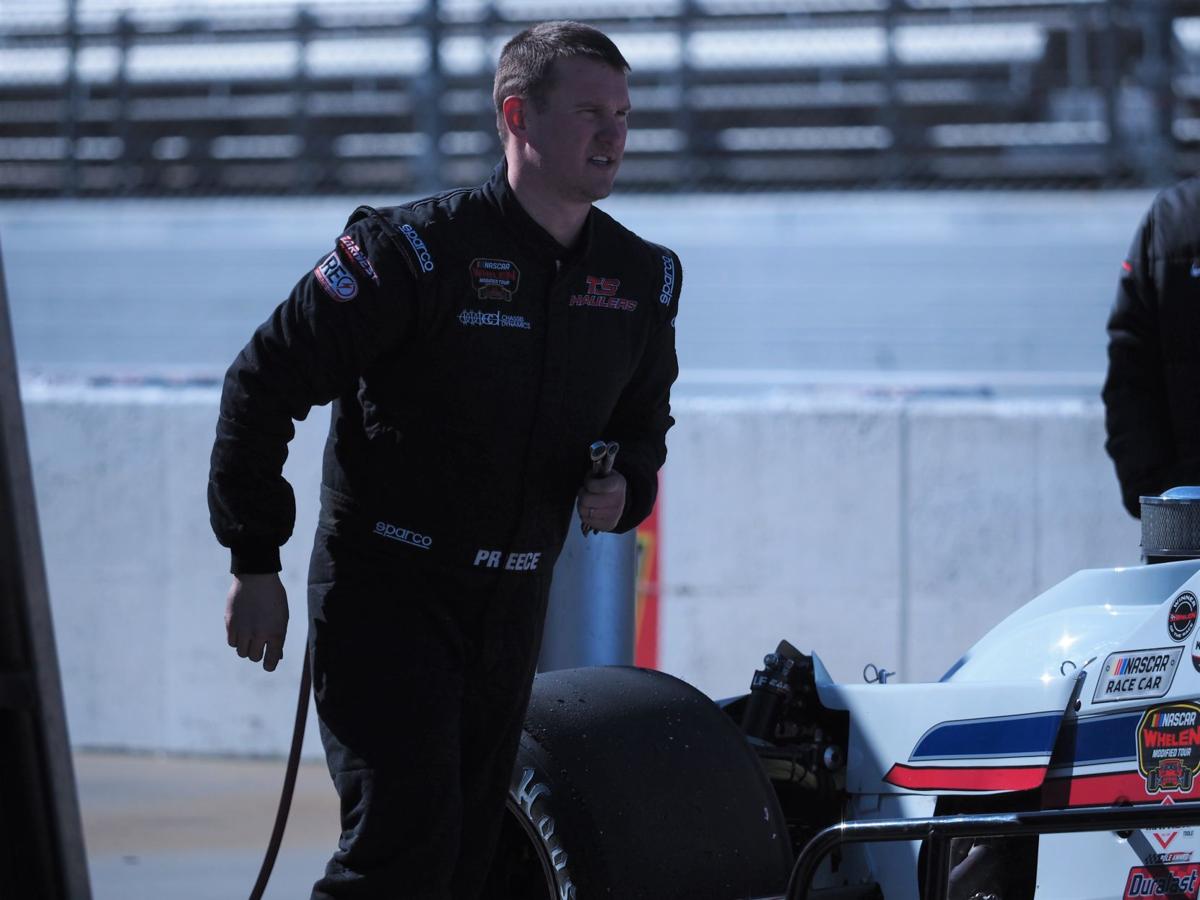 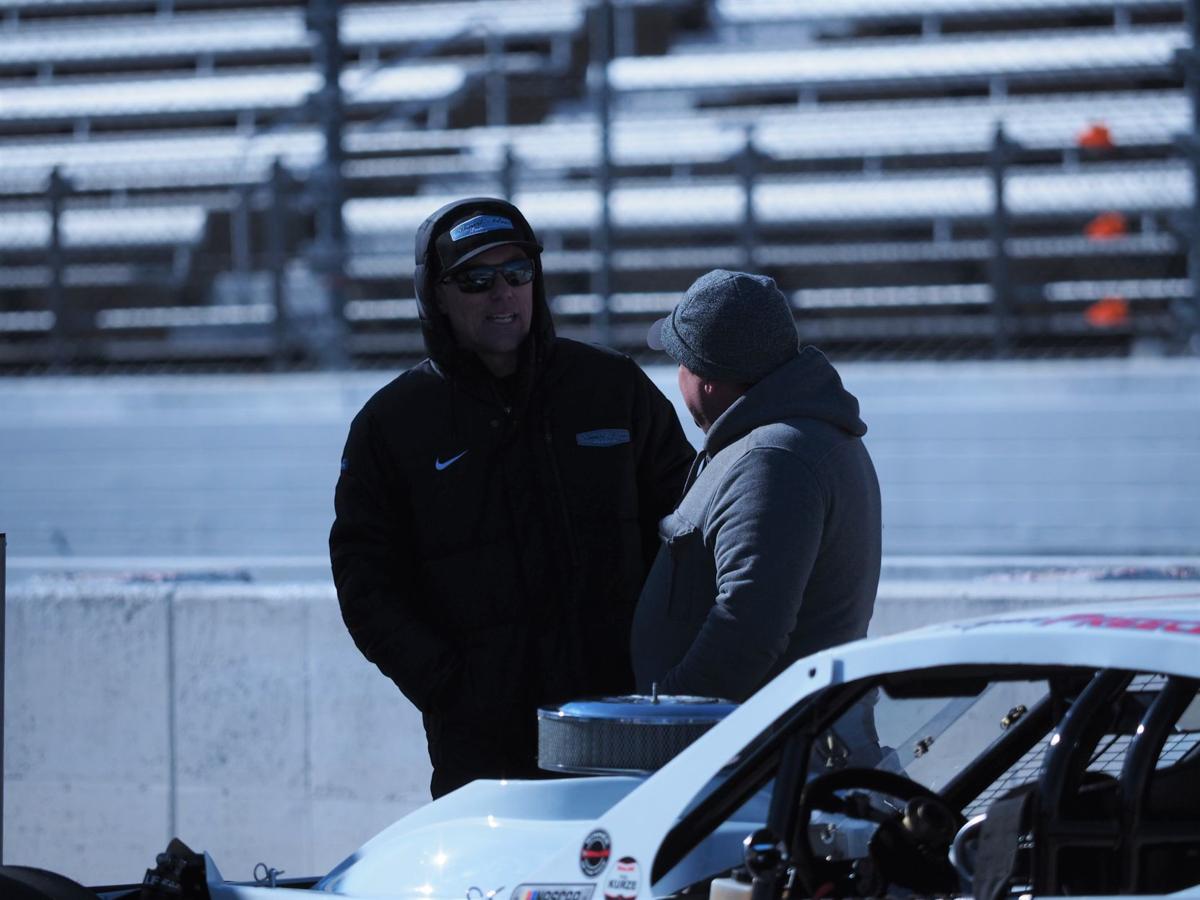 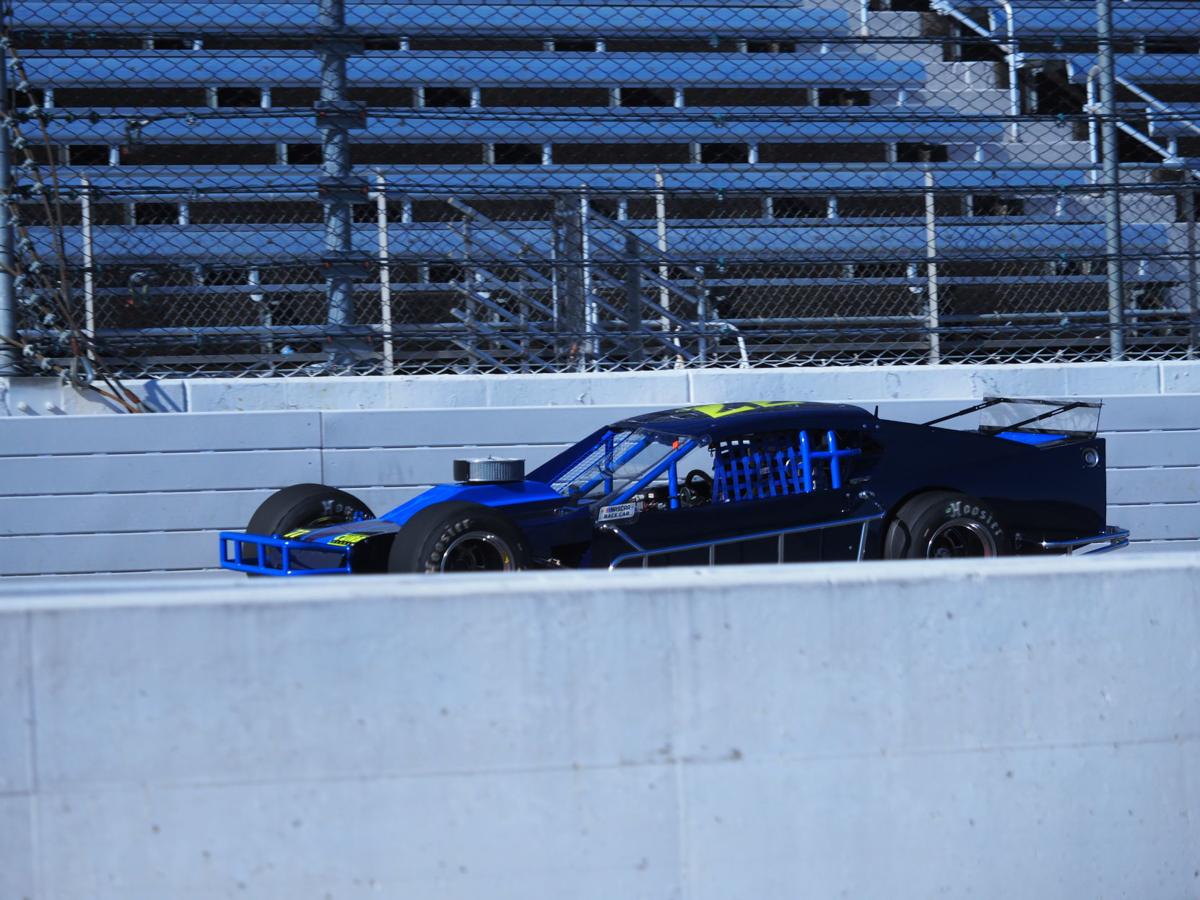 The media center at Martinsville Speedway Tuesday was filled with people telling stories and tall tales about previous modifieds races at The Paperclip.

A picture of former NASCAR National Modifieds Champion, and NASCAR Hall of Famer, Richie Evans adorns the wall of the media center at Martinsville. In the photo, Evans’s modified car is climbing on the side wall during a 1981 race. Drivers Ryan Preece and Kevin Harvick both looked intently at the photo, studying it and appreciating the history of Martinsville.

In its more than 70 year history, Martinsville has hosted 116 modifieds races, including 35 as part of the NASCAR Whelen Modified Tour.

“Drivers used to pool their money to get down here because it was the Daytona 500 for modifieds,” said one media member.

As of Tuesday, two Cup Series drivers are expected to compete in this May’s race: 20 year veteran Ryan Newman, and 2019 NASCAR rookie Ryan Preece. Preece won a modified race at Martinsville Speedway in 2008, and is the 2013 NASCAR Whelen Modified Tour champion, with 22 wins, 77 top-5s, and 103 top-10s in his career.

“I want to get another grandfather clock,” Preece said while talking to the media during Tuesday’s test.

Preece invited fellow Cup Series veteran Kevin Harvick to the test, putting Harvick behind the wheel of a modified for the first time. Harvick said Tuesday, “I wouldn’t drive it if I didn’t want to race it,” and hopes to sometime in the future.

Preece and Harvick were joined at the test by modified veteran Gary Putnam, who will be preparing Newman’s car for the race. Putnam’s car was driving by Max McLaughlin, whose father, Mike, is a former NASCAR Xfinity Series and Whelen Modfied tour winner.

Harvick said he prefers to focus all his attention on his Cup Series car and be hands-on with his Stewart-Haas team, as well as spend time with his family and take his son to school every morning, but isn’t saying no to adding more races outside of the Cup Series in the future. Preece, on the other hand, has been focusing much of his attention this offseason on his modified, making sure it’s in top shape for May’s race.

Growing up in Connecticut and racing around the northeast where modified racing is most prevalent, Preece said he has “a lot of passion” for that style of racing. He’s spent much of the offseason watching past races at Martinsville Speedway to not only learn, but get more excited to get back behind the wheel.

“There were great races here you can go back and watch,” Preece said. “I expect it to be one that a lot of people are going to want to come out and see and it’ll be a show.“

By May 9, Preece hopes his race is another classic to add to the lore of Martinsville Speedway.

“There’s no better feeling. I drove my old box truck through that gates. That’s pretty cool. That’s a memory for me I’ll never forget,” Preece said. “Between that and rolling in for the first time this year with that Cup car was a big deal for me too.

“As far as modifieds go, it’s really the history that the modifieds have brought and been a part of here at this race track. Richie Evans, Jerry Cook, Bugsy Stevens, all those guys... It’s one of those places when you walk out here it’s special... it’s just special.”