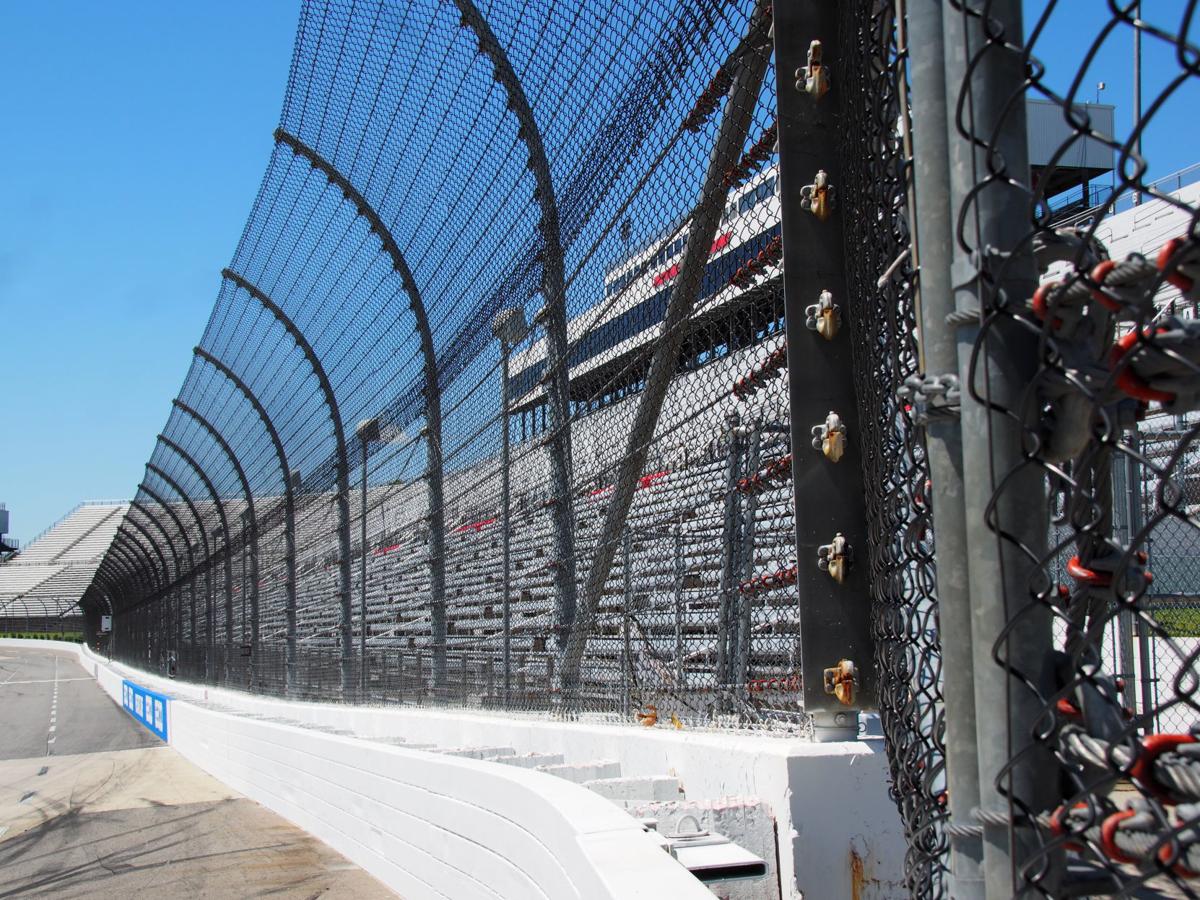 Martinsville Speedway will host a NASCAR Cup Series race with no fans in the stands on Wednesday, June 10. 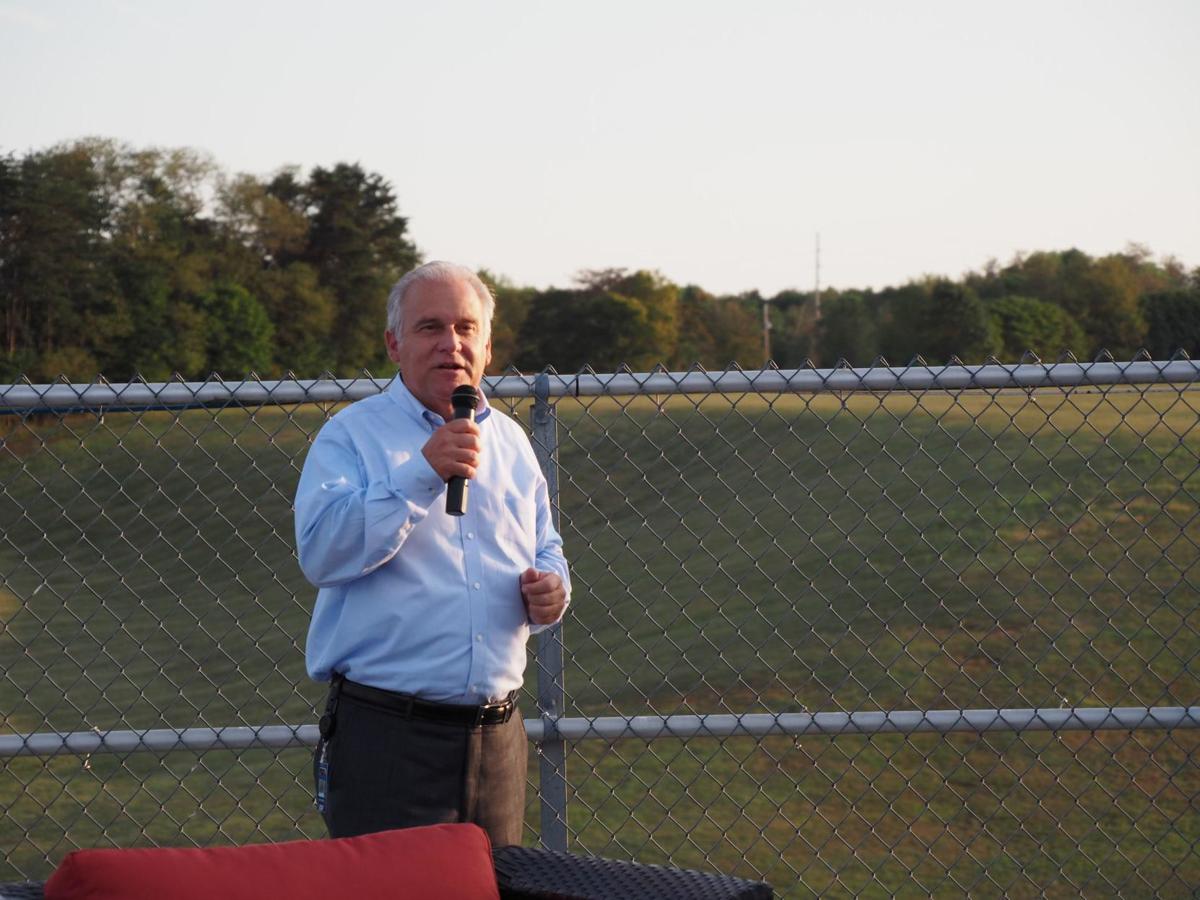 Martinsville Speedway will host a NASCAR Cup Series race with no fans in the stands on Wednesday, June 10.

The Speedway will host its first NASCAR Cup Series night race, as well as its first midweek race on that Wednesday.

Unfortunately, the Blue-Emu Maximum Pain Relief 500 at The Paperclip will also be the first time the track hosts a race without any fans in attendance. With the threat of coronavirus still affecting the entire country, NASCAR made the decision to schedule at least nine races to run with empty stands.

Martinsville Speedway President Clay Campbell said on Friday it’s unfortunate his track can’t host fans for the next race, but the track is excited to host a midweek race for the first time.

“It’s been talked about for years,” Campbell said by phone Friday. “There were people in the industry who thought a midweek race would be kind of cool, especially to have it as a prime-time race on a Wednesday night, so we’re encouraged that we get to try it out and see how it goes. I’m looking forward to it.”

The spring race at Martinsville Speedway was originally scheduled for the night of May 9 before NASCAR was forced to postpone that and other races for two months in total due to COVID-19.

Martinsville Speedway officials didn’t have a say in the final decision to reschedule the race on June 10. NASCAR chose Martinsville in part because of its close proximity to Charlotte, North Carolina, the home of race teams’ shops. The sport can get to Martinsville and put on a show in a day without having to worry about the added risks of hotels or airports.

Campbell said when the possibility of midweek races was on the table he was happy to have that option.

“Since this began and we basically just stopped back in March NASCAR has run through many different scenarios and schedules for where and when races could be run and it just worked out that June 10 would be the date for us,” Campbell said. “It really wasn’t in our wheelhouse to make that happen, that was all NASCAR, but we’re happy with it.

“It’s been talked about before but now we finally get to do it and originally when NASCAR was talking about having to make up races and get back on track it was talked about doing midweek races and I said, ‘I’m in, I’d love to try one here.’”

Campbell spent time this week in Darlington, South Carolina where NASCAR hosted three races at Darlington Raceway, including two Cup Series races, the first since returning from postponement. NASCAR had several rules and restrictions in place to ensure safety for the drivers, crew, essential personnel and all 900 people allowed at the track for the races. Everyone on the grounds was screened before entering the track and filled out a questionnaire regarding their current health. Everyone on the grounds also had to wear cloth masks.

The sport also limited how many people could be present at the track on the day of the races, taking care to make sure only essential personnel were there.

“NASCAR has done an outstanding job at making everything about keeping safety at the forefront, making these events happen as well as satisfying the state and local health officials just making sure all the participants are safe,” Campbell said. “I think they did that. It’ been a long process. There are a lot of people who have been involved with this since Day 1.”

Campbell said NASCAR hasn’t defined exactly what the safety protocols will look like when the series comes to Martinsville, but it will likely look a lot like those at Darlington. The big difference will be the much smaller infield at the short track.

“It’s already in the works. I can’t say exactly what changes will be made here due to the size of this facility versus a Darlington or a Charlotte, but that’s obviously taken into account and they will address that accordingly,” Campbell said.

“I think the way NASCAR is going about it, they’ve basically looked at every aspect of how we do what we do and do it safely with the protocols in place and from what I’ve seen it worked. I think Darlington being the first, obviously we can take that and learn as we go forward for anything that needs to be changed but it’s a great group of people within NASCAR that made this happen and it’s a lot of work to it.”

Part of the safety protocol Campbell said is all Speedway property will be patrolled and the Speedway’s grounds will be closed off to fans, with only essential personnel allowed on the property owned by the Speedway.

Even though fans won’t be able to see the race under the lights in person, Campbell hopes seeing it on TV gets them excited for future races.

“We’re looking forward to it,” Campbell said. “It’s going to be a Cup race under the lights. That’s what had fans interested in our May race which obviously got postponed but they’ll at least get to see it on Fox Sports 1 and get a good idea of good things to come here in Martinsville when things get back to normal.”