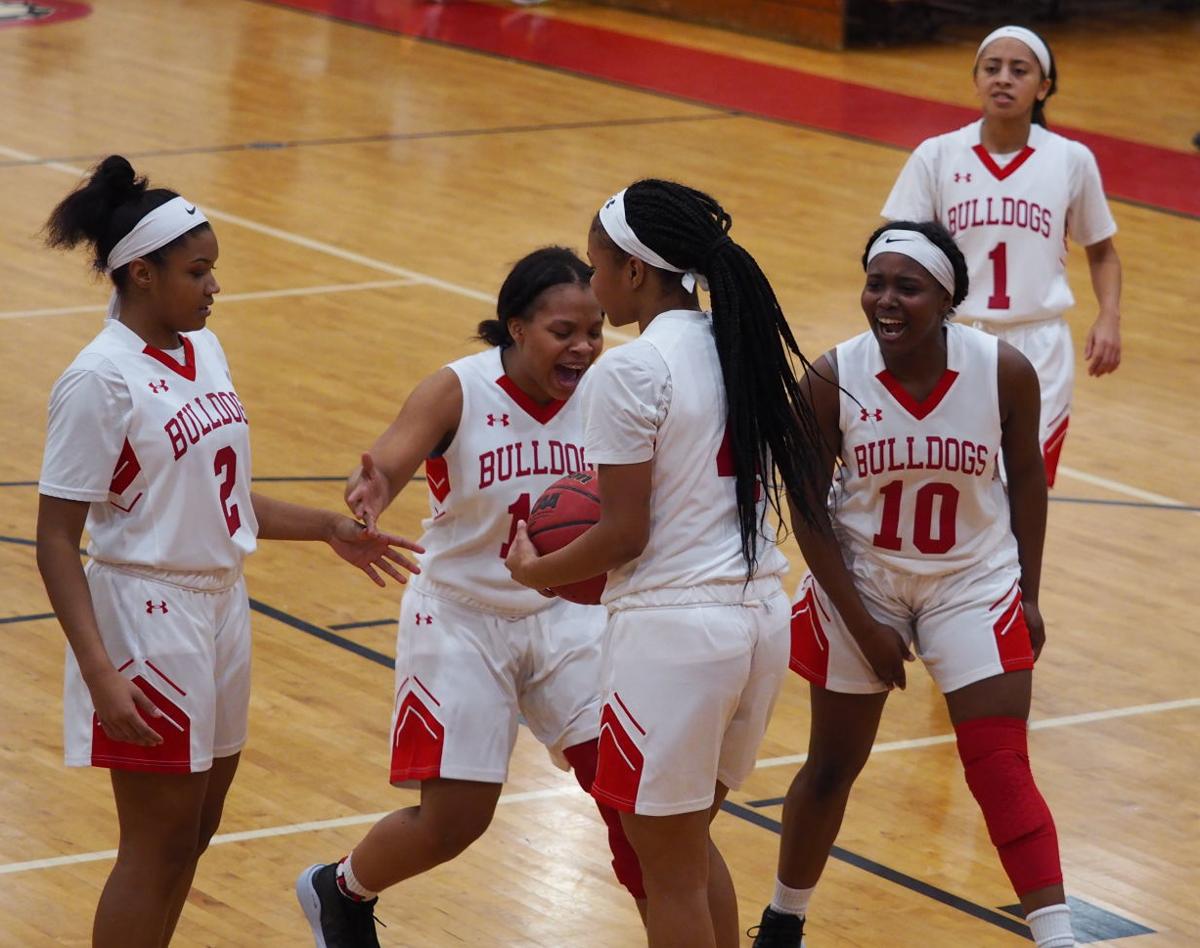 Martinsville's Leighton Jamison (14), Savasiah Boyd (10), and Ciara Valentine (2) celebrate with Nakieyah Hairston during the first half of Monday's game against G.W.-Danville at Martinsville Middle School. 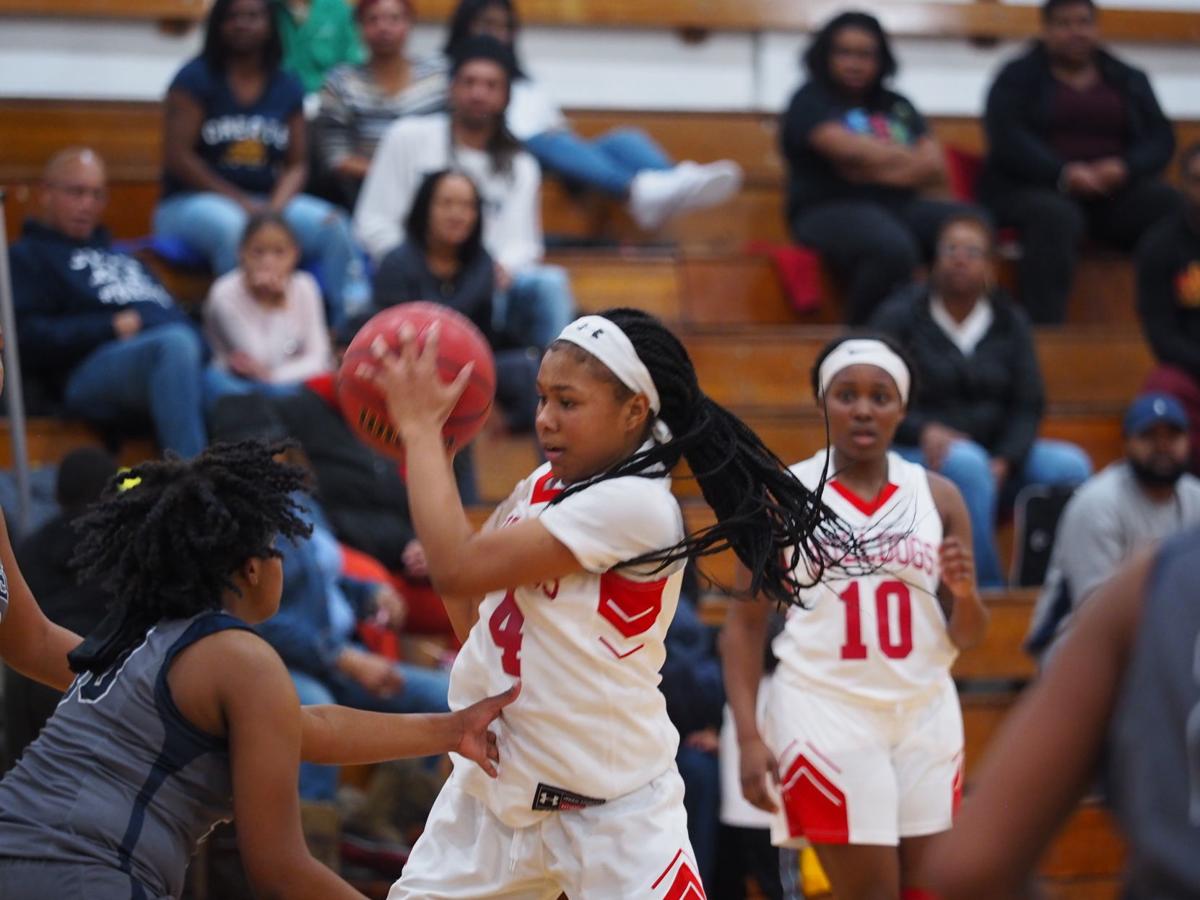 Martinsville's Leighton Jamison (14), Savasiah Boyd (10), and Ciara Valentine (2) celebrate with Nakieyah Hairston during the first half of Monday's game against G.W.-Danville at Martinsville Middle School.

If a shot didn't go in during Tuesday's game at Martinsville, Nakieyah Hairston was very likely there to grab the rebound.

Hairston had 10 rebounds in the second half to help the Bulldogs maintain a double-digit lead throughout. Her first three boards of the night were all on the offensive end, where she finished with six rebounds overall.

Defense helped the Bulldogs jump out to a 9-4 lead at the end of the first quarter. Destiny Harris knocked down two 3-pointers in the opening frame.

Jaiyah Benton had a 3-pointer of her own in the second to give Martinsville it's biggest lead of the night, 23-11, which they carried into the halftime break.

G.W. hit some outside shots of their own in the second half - one by Nyasia Lanier in the third and one by Da'Mya Baize in the fourth - but neither were enough to cut into Martinsville's double-digit lead.

Valentine added 10 points for Martinsville in the win.

The win guarantees Martinsville the No. 2 seed in the upcoming Piedmont District tournament, set to begin on Friday.

The Bulldogs improve to 15-6 overall, 8-3 in the Piedmont District. They'll finish the regular season tonight at home against Bassett. The game will be senior night for Harris, Benton, Boyd, and Shaniya Gravely.

G.W. falls to 5-16, 4-7 on the year, enough for fifth place in the Piedmont District. They'll finish the season on the road tonight at Patrick County.

All eight Magna Vista players got in the box score during Monday's 62-17 road win over Tunstall.

Magna Vista improves to 17-2, 11-0 in the PD. They'll finish the regular season tonight at Halifax County at 7 p.m.

Ryan Johnson added 13 points, Dakavis Preston had 12, Tavin Hairston 11, and Courdae Gravely had 10 to round out the double-digit scorers for the Warriors.

Magna Vista improves to 8-12, 5-6 in the PD. They'll finish the season on Tuesday at home against Halifax County at 7 p.m.