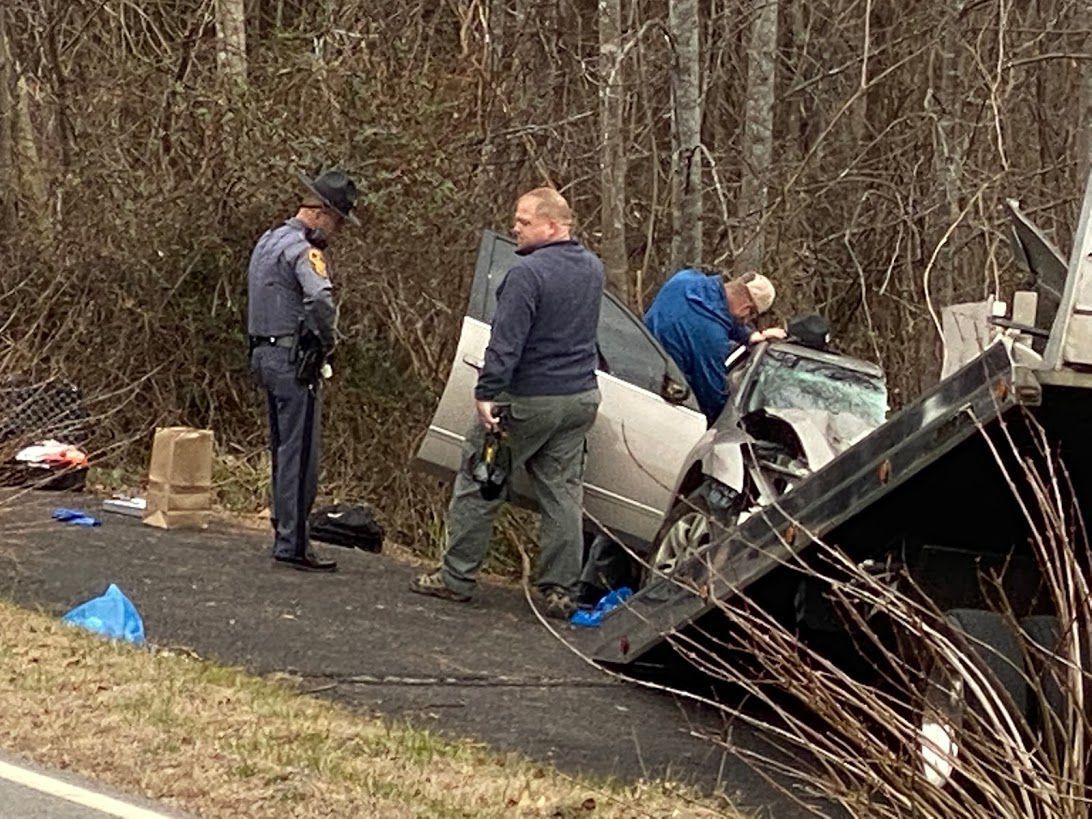 Virginia State Police investigators worked throughout the day piecing together what happened when a vehicle crashed on Soapstone Road on Friday morning. 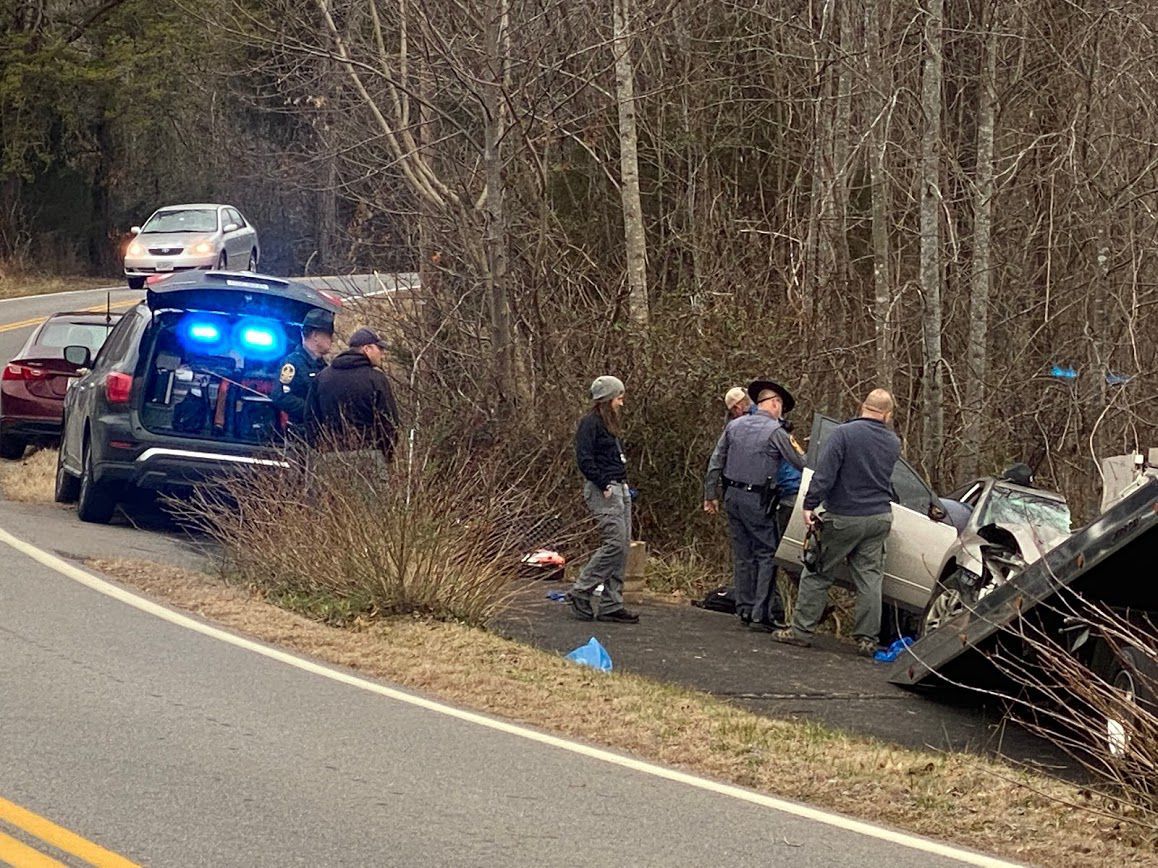 A vehicle involved in a crash on Soapstone Road Friday is partially loaded on a flatbed wrecker. 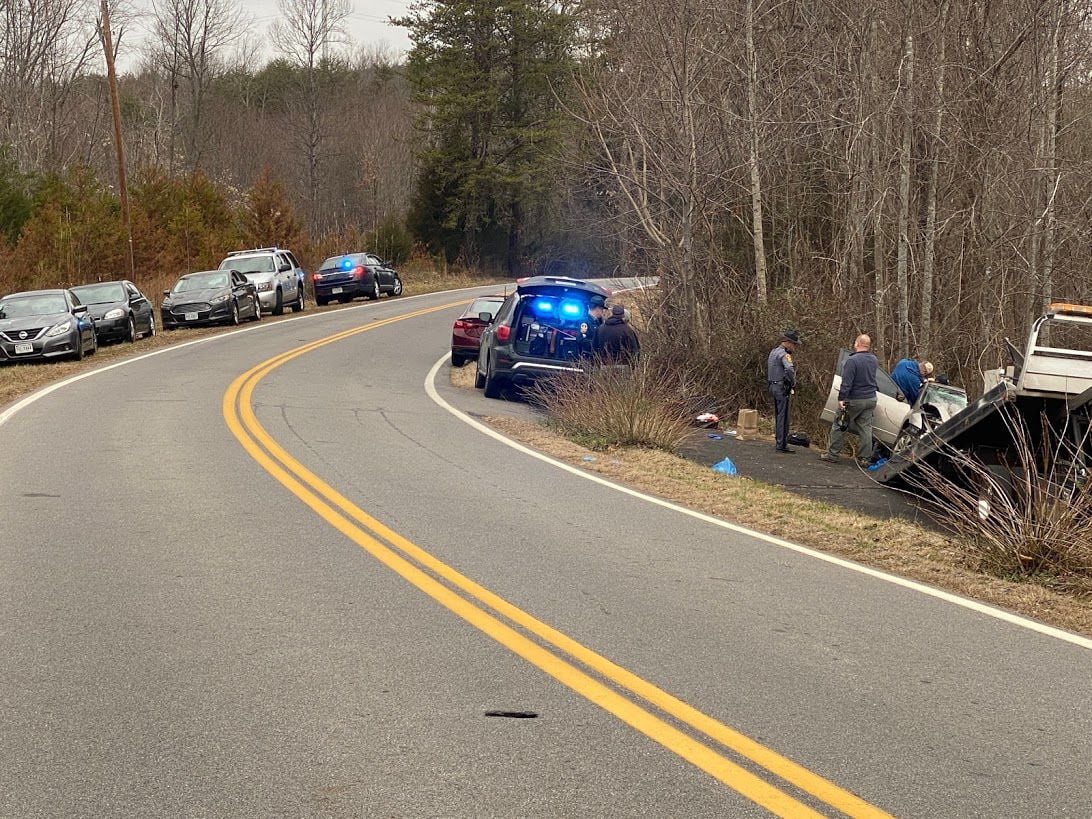 Multiple law enforcement vehicles were on scene all day Friday on Soapstone Road where a vehicle had crashed. 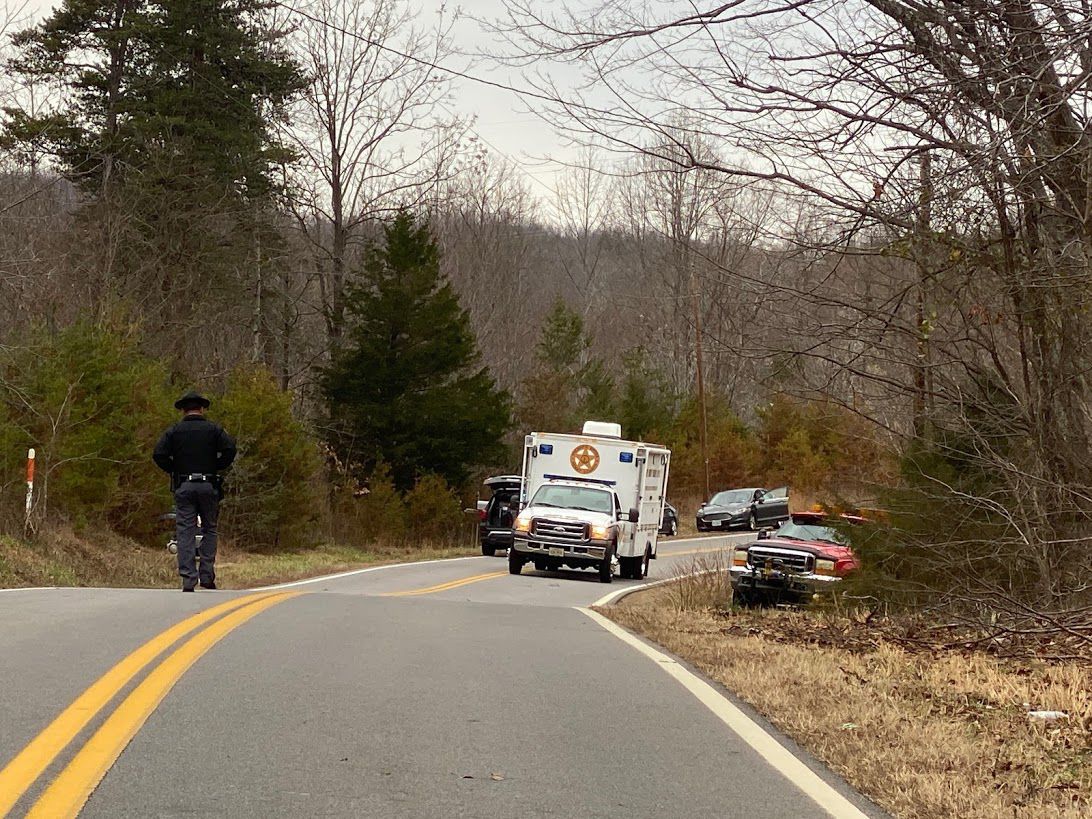 Henry County Forensic Crime Scene Unit was called to assist the Virginia State Police in the investigation of a vehicle crash on Soapstone Road Friday morning. 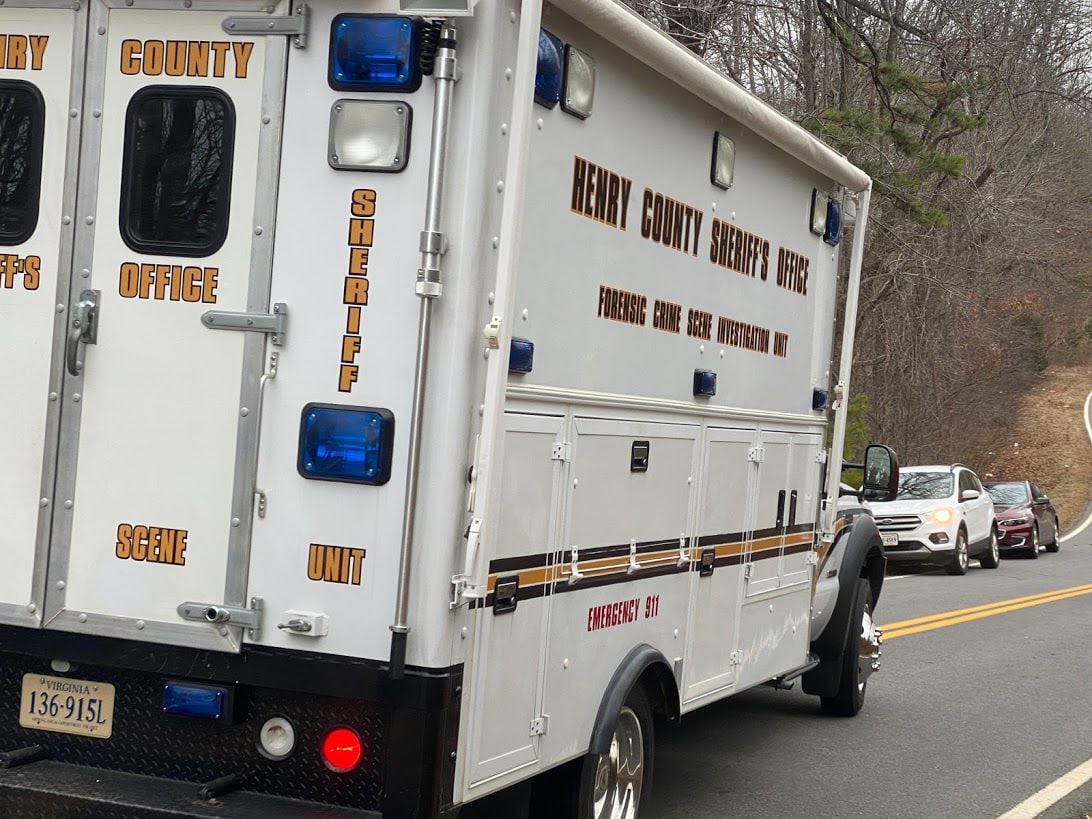 Virginia State Police investigators worked throughout the day piecing together what happened when a vehicle crashed on Soapstone Road on Friday morning.

A vehicle involved in a crash on Soapstone Road Friday is partially loaded on a flatbed wrecker.

Multiple law enforcement vehicles were on scene all day Friday on Soapstone Road where a vehicle had crashed.

Henry County Forensic Crime Scene Unit was called to assist the Virginia State Police in the investigation of a vehicle crash on Soapstone Road Friday morning.

A bizarre, single-vehicle crash early Friday morning on the Soapstone Road resulted in two fatalities – but not because of the impact from the crash.

The driver and a passenger had been shot and died in what investigators called a “murder-suicide.”

“Two occupants were found with gunshot wounds inside the vehicle, a male driver and a female passenger, and both were deceased,” Virginia State Police Public Information Officer Sgt. Rick Garletts wrote in a release.

“The crash investigation has determined the male and the female received the gunshot wounds prior to the crash, and the gunshots originated from inside the vehicle.”

The driver of the Nissan Altima was Jalen Millner, 20, of Ridgeway, and the passenger was Najada Joyce, 20, of Axton.

Investigators are working to determine the events that occurred before the crash, the relationship between Millner and Joyce and who shot whom first.

They also didn’t say if both persons died at the scene or if the cause of death was the gunshot wound or the collision.

Garletts said a handgun recovered from inside the vehicle is believed to be the one used in the incident.

Garletts said when the units arrived at the scene they found a southbound vehicle that had left the road on the left side, struck several trees and overturned.

Friday afternoon a VDOT truck blocked Soapstone Road at its intersection with Joseph Martin Highway. About 400 feet north of the intersection, the road was blocked again, this time by crime-scene tape.

Shortly after 3 p.m. the Henry County Sheriff’s Office Forensic Crime Scene Unit truck left the scene, and a state trooper was overheard saying he wanted the road reopened in time for school buses to pass even if the wrecked vehicle had not been removed from the crash site.

At 3:09 p.m. Soapstone Road was reopened to traffic while crime scene investigators remained at the scene. The crashed vehicle was partially loaded onto a flatbed wrecker.

No rest, no peace

Early on Jan. 10, on winding but familiar Soapstone Road near Ridgeway, Jalen Millner and Na’Jada Joyce died. There were gunshots inside the Nissan Altima in which they were traveling. Their car crashed into trees. Investigators haven’t said who was driving or what they know about what went on in that car. They say that Na’Jada died first, that Jalen died en route to a helicopter ambulance as the sun was rising that morning. They called it a murder-suicide. Those who loved Na’Jada and Jalen, both only 20 years old, gathered in two churches and a park this week in memory and in question. Tears were spilled, sobs were heard, but each gathering was a little different. The only constants were the presence of candles and the absence of answers.