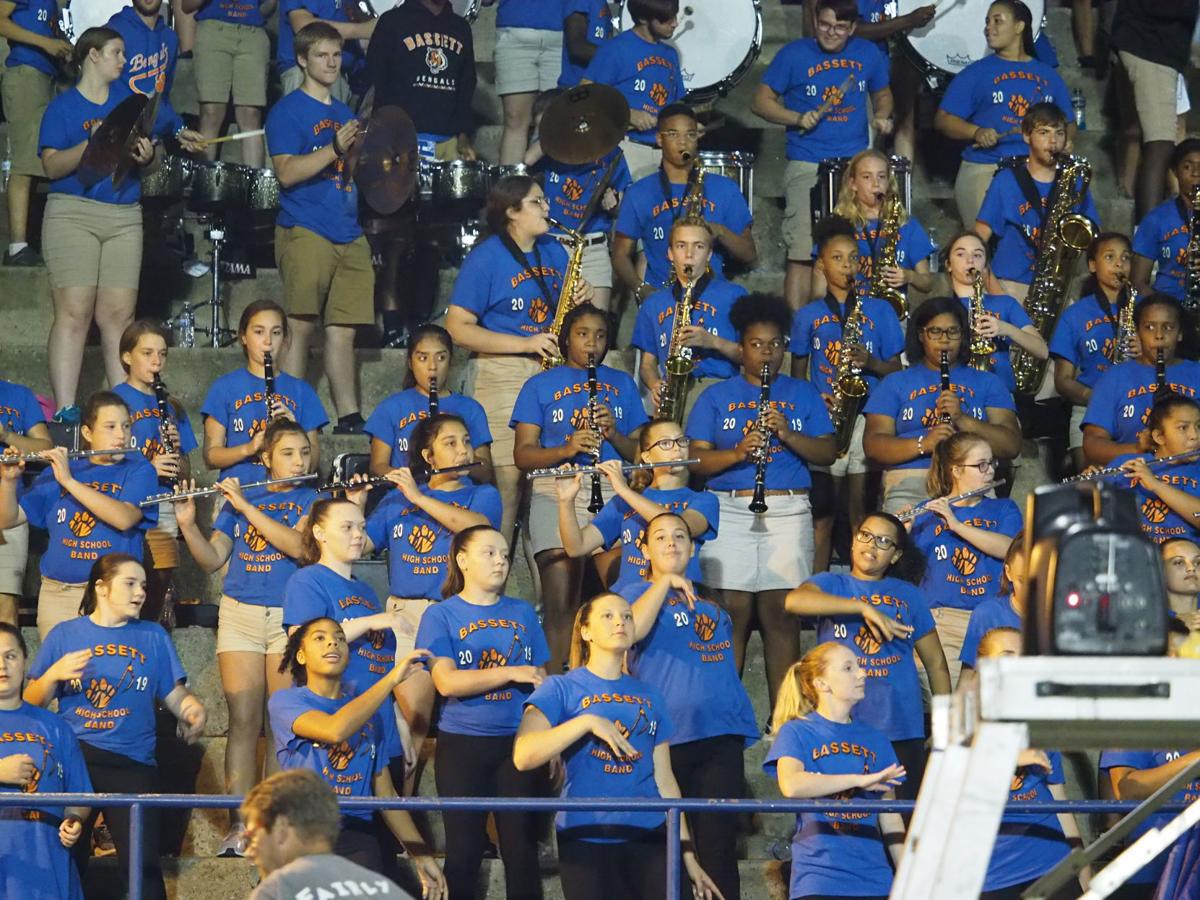 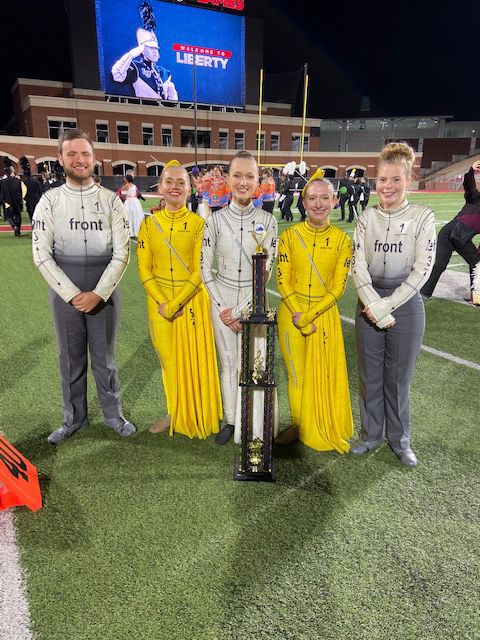 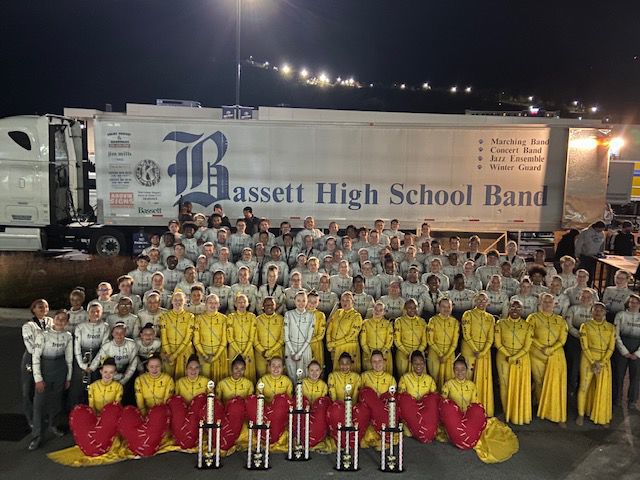 Bassett High School's band in full regalia and with all the hardware it won at state.

Bassett High School's band in full regalia and with all the hardware it won at state.

Special to the Bulletin

The hills around Lynchburg were alive with the sound of music on Saturday, when 114 students from Bassett High School performed at the Virginia Marching Band Cooperative state championships.

And, as has become the norm for these marching Tigers, they won for the ninth consecutive year, taking home prizes for best music, best visual, best general effects and best percussion to continue what has become a perfect pitch in this competition.

“We have competed at nine state championships over the years, and this win makes our ninth consecutive,” Band Director Trey Harris said.

This nearly decade-long winning streak is something to be proud of, Harris noted, and he is quick to spread around the praise among students, teachers and boosters who contributed to the band’s performance, while also adding perspective.

“Winning is always great and is what pushes young people to do their best,” he said. “However, it is not the only thing for us. It is about being the best you can be every day. Again, we cannot control the score at these competitions. We can only ask the question, ‘Are we better today than we were yesterday?’

Harris said that for him, personally, “the win was hearing all of the kids on the field at the end of the show yelling, cheering and crying because they were so elated with their performance. That was a win. We work so hard for that feeling.

“Trophies cannot go home with the kids at the end of their careers. The feeling they get from that type of experience will stay with them forever.”

Junior Kaelyn Bray said the moment the judges announced the winner brought back fond memories of her years in the band.

“I enjoyed the nostalgia of the night, watching all of our new band members winning a state championship for the first time and remembering my first championship feelings all at the same time,” Bray said. “It was such a great family moment for our band.”

Next week, this “family” will travel to Indianapolis, where it will compete among 90 schools from 20 states in the Bands of America Grand National Championships. The marching and playing start Thursday.

In winning state Harris directed his students in performing a show they call “Minor Alterations.”

“It actually has a double meaning,” Harris said. “The visual side of the show that people see is all about sewing, alterations, needles, buttons, sewing machines, thread, spools, et cetera. The musical intent is common classical songs that we alter, either from their normal sound, or we change the key from major to minor, thus, ‘Minor Alterations.’”

This creative take on known classics set the band apart from other performers at the event, but it also presented a risk. Even though this was the school’s ninth year at the state competition, there’s no way to prepare for the judges’ tastes from season to season.

“When you compete at the state level, there is always great competition. The big difference for band events is you are judged by seven strangers, and they are observing and picking the winners,” Harris said. “We just have to do our best and hope the judges think we are the better band. This concept is what makes band a unique competition.”

The judges honored Bassett over 47 competitors, and junior Madison Ross expressed pride about that performance.

“I liked the feeling of walking off the field that night knowing we put our heart and soul into the show and that we had such a great performance on a night that was so important to our band program,” she said.

And, because of that victory, the band’s competitive season isn’t finished. Last year at the Grand Nationals Bassett placed fifth in its class, and band members have set their goals higher as they take “Minor Alterations” to the masses.

“We are excited to perform among all of those great bands and especially in such a great venue,” Harris said. “We will compete in Lucas Oil Stadium where the Indianapolis Colts play their home games.

“We have made a couple of small changes for the weekend, but mainly now we are working for perfection from each individual on the field. We have 114 students, and they all play a significant role in our success.

“We live by the motto ‘you are only as good as your weakest performer.’”

Whether or not the band wins a coveted spot on the podium, Harris said the band has had a successful year.

“The students, staff and parents have all had a major role in the success this season,” Harris said. “The best attribute of this band is trust. The students have learned to trust the staff and each other on and off of the field. They allow us to make decisions and are willing to try their best at anything we ask them to do.

“That is not always the case when you are dealing with 100+ teenagers. Our other great asset is the band booster members who work tirelessly for these kids and the program. Without their efforts, we would not be able to be half the band we are each year, and we are so appreciative of their love and support.”

CORRECTION: An earlier version of this article stated incorrectly the site of the state championship competition.