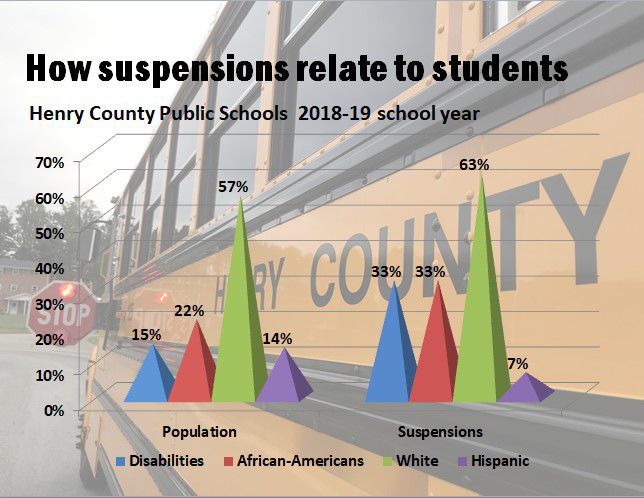 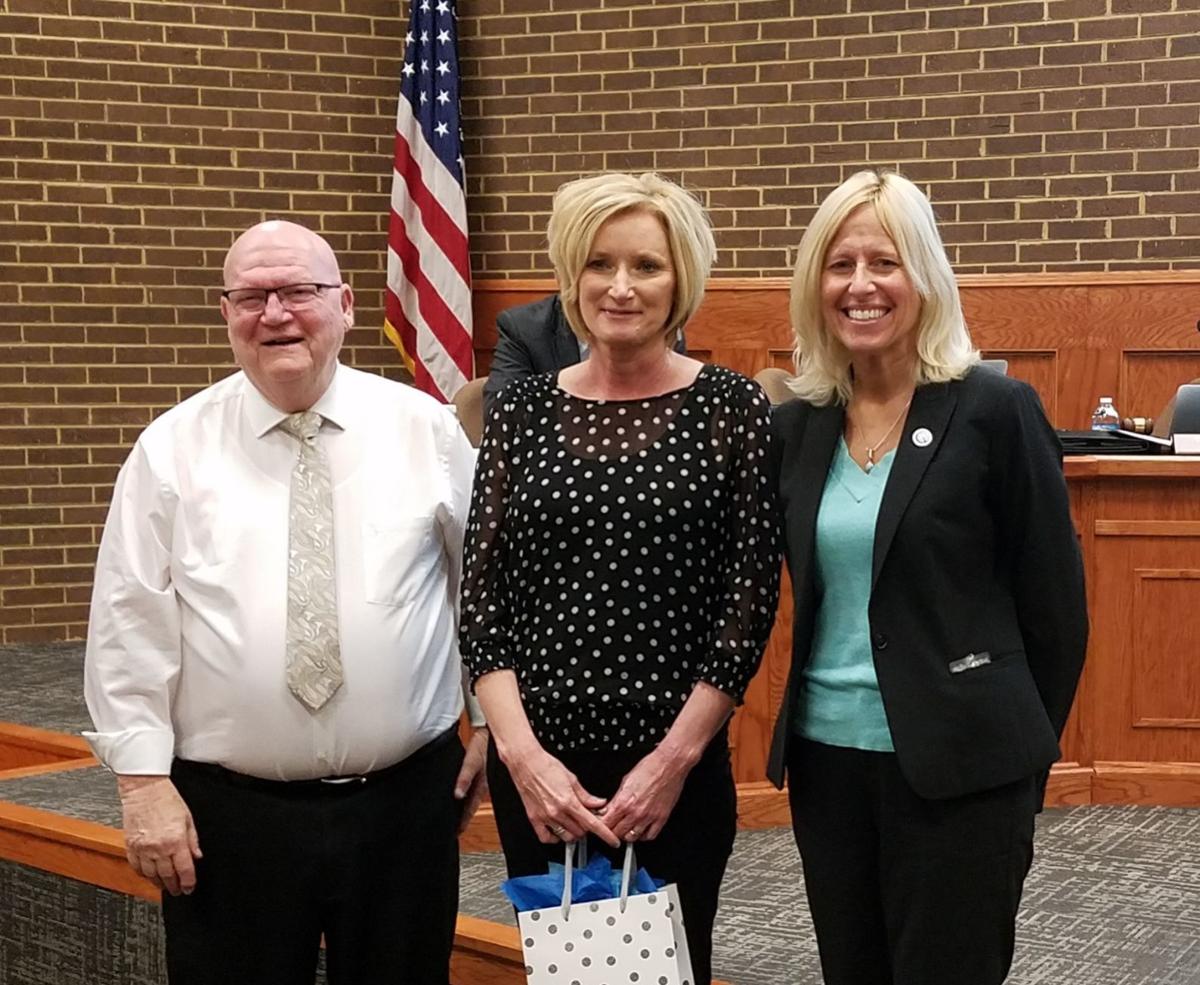 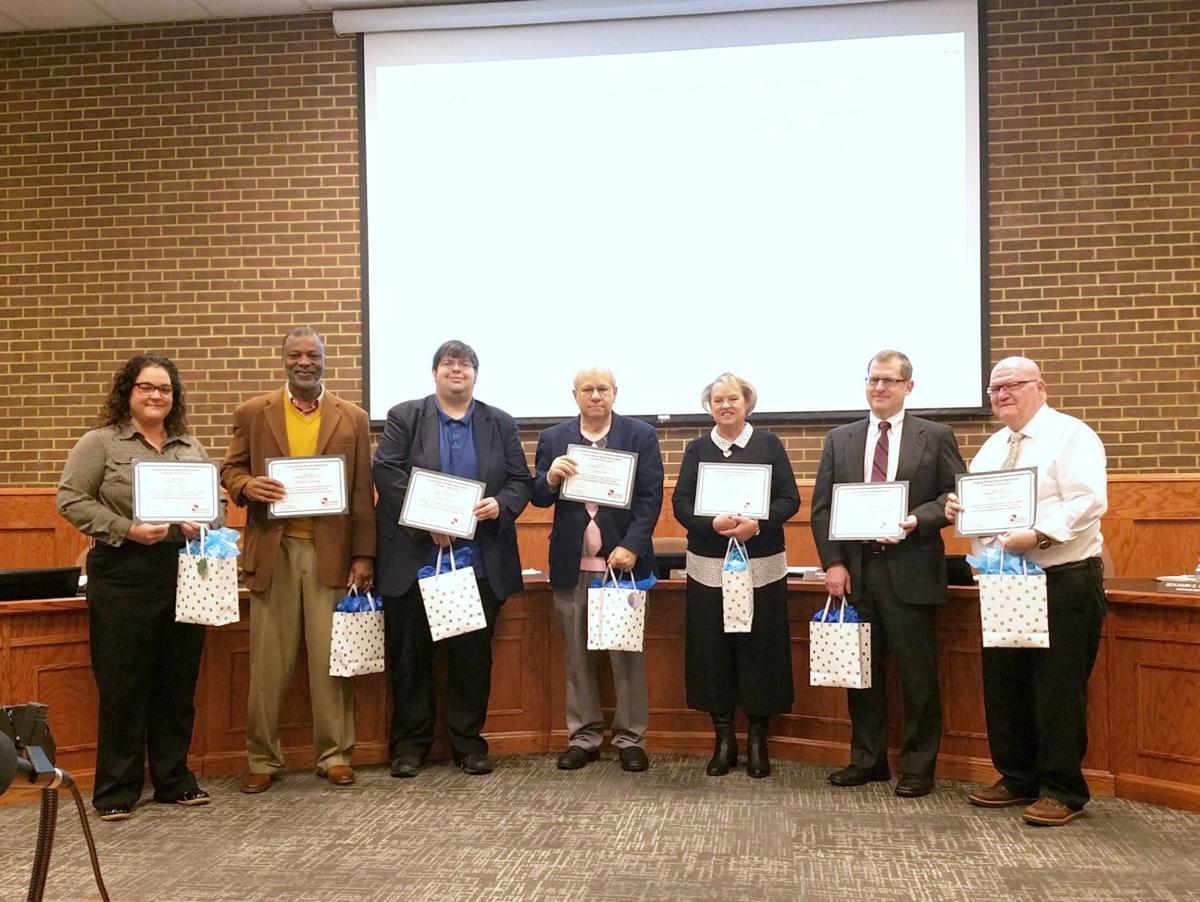 Members of the Henry County School Board were recognized for their service to the community during Thursday's meeting. February is School Board Appreciation Month in Virginia.

Members of the Henry County School Board were recognized for their service to the community during Thursday's meeting. February is School Board Appreciation Month in Virginia.

Administrators in Henry County Schools are taking a closer look at student discipline practices to make sure the rules are enforced in an equitable manner.

The Henry County School Board on Thursday heard a presentation from Corey Fobare, the division’s director of student support services, detailing the number of office referrals and suspensions for different groups of students during the last school year.

The results show that certain demographics, such as African-American students and those with disabilities, are being suspended at higher rates than their classmates. School officials are aware of the disproportionate numbers and are working on the issue, Fobare said.

Across the district, students with disabilities comprised 15% of the student population but accounted for about 33% of suspensions in the 2018-19 school year, he told the board.

“We do already have corrective actions in place,” Fobare said, including more training for teachers and staff, and “working to help the self-regulation skills of our students.”

“We are taking a look at how we are managing behaviors, regardless of disability,” he said. “Through our practices, we deal with each student on an individual level.”

Figures reported to the state also do not capture interventions that happen in the classroom prior to an office referral, said Assistant Superintendent of Operations and Administrative Services David Scott.

“There’s a lot more going on in the classroom before they are referred to the office,” Scott said. “A lot of times, that behavior has already escalated and has been managed very well by the teacher until that point.”

Fobare also broke down the data by type of offense, student age group, and total numbers of office referrals and suspensions year to year.

“The intention here is to allow us to step back and look at our trends from a broader viewpoint,” he said.

The most common student behavior infractions are “D codes” — disruption, defiance or disrespect, Fobare explained. These accounted for 49% of all short-term suspensions in the school system in 2018-19.

“Short-term” refers to suspensions between 1 and 9 days, he said. “Long-term” means 10 days or more, which are given for more serious offenses, such as drugs, alcohol, weapons and assault.

The report shows some positive trends, Fobare said. For instance, the number of student referrals for tobacco use has decreased, from 71 during the fall 2018 to 58 in fall 2019, the presentation showed.

In addition, the number of long-term suspensions so far in 2019-20 is lower than previous years. There has been an average of 82 suspensions or 10 days or more in the years since 2014-15, and “we are on pace to fewer than that this year, which is a credit to the counselors” and other school staff, Fobare said.

“It is encouraging to see that our 1 to 3-day suspensions are most commonly used,” he said. This means “our administrators are using progressive discipline approaches.”

A chart of disciplinary actions by age group in 2018-19 showed 289 suspensions of elementary school students, 488 in middle school, and 495 at the high school level. This is in line with the school district’s philosophy that older students should be held to higher behavior standards, Fobare said.

“We do see suspensions rise as students age,” he said. “We’re trying to use discipline as a teachable moment in elementary and middle schools. When students reach high school, however, the expectations for their behavior are higher.”

Also on Thursday, the school board: