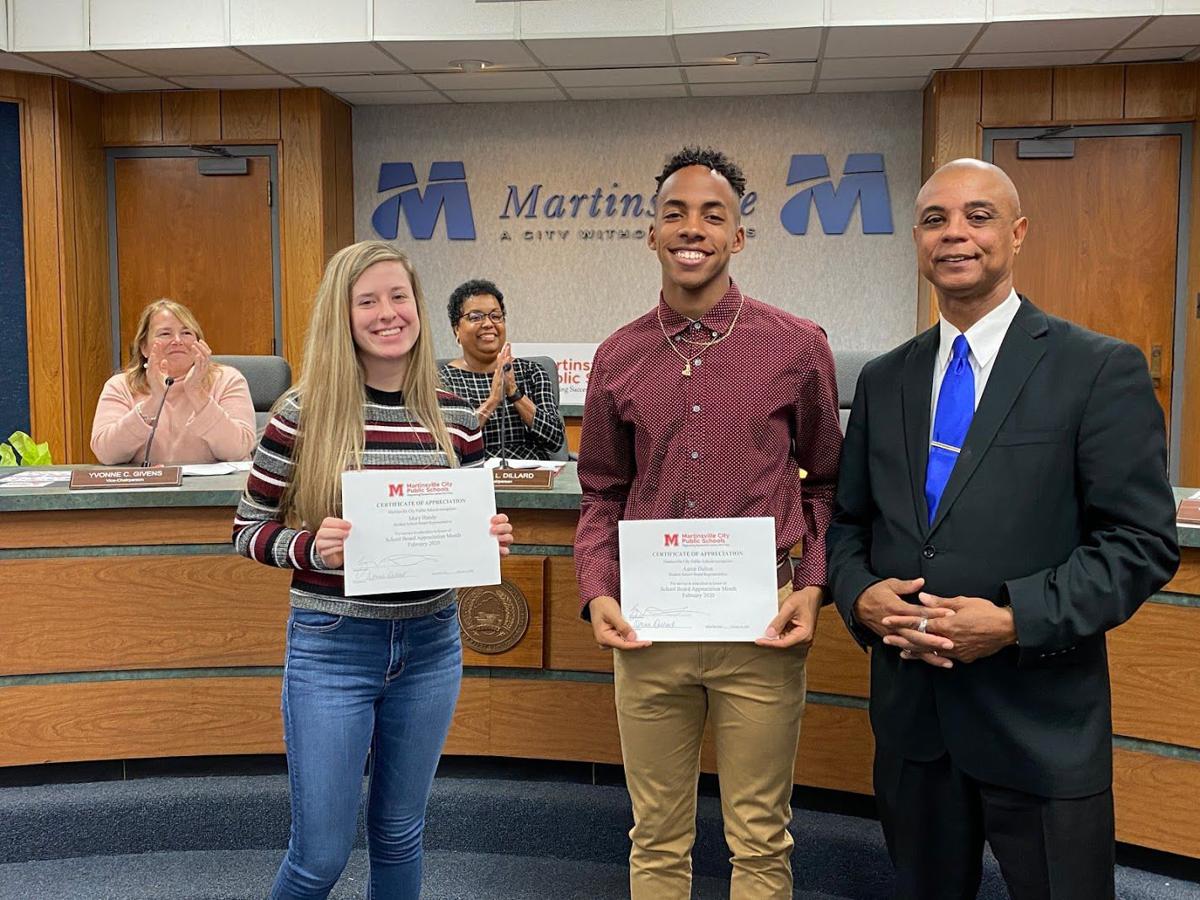 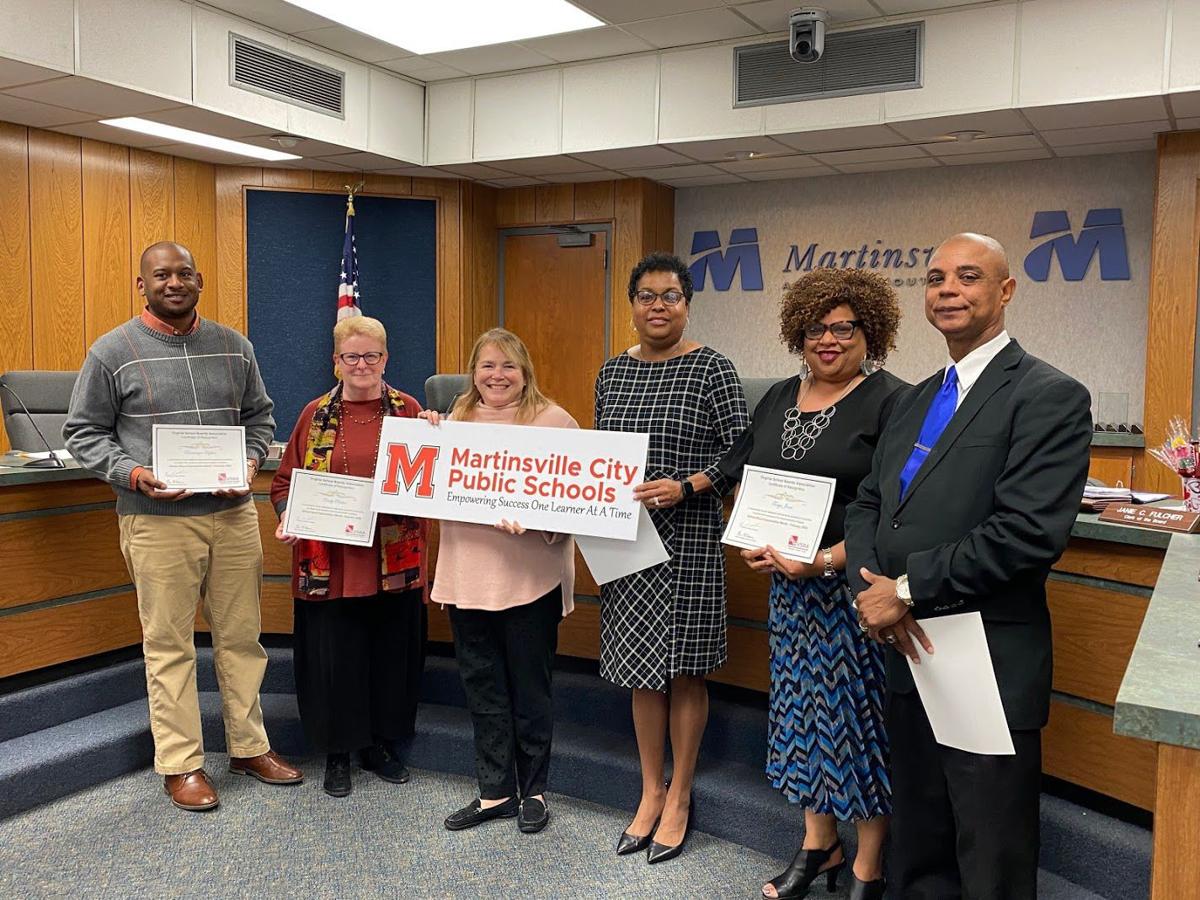 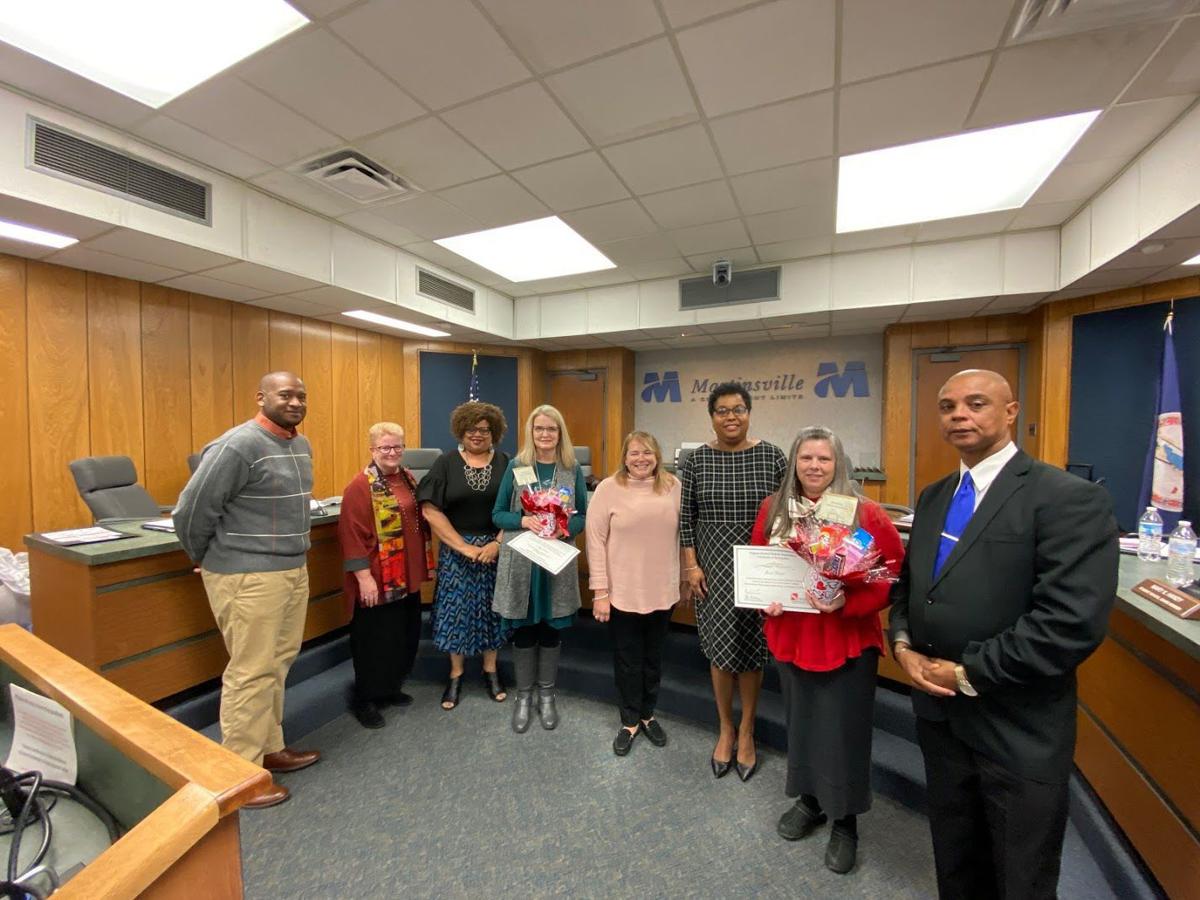 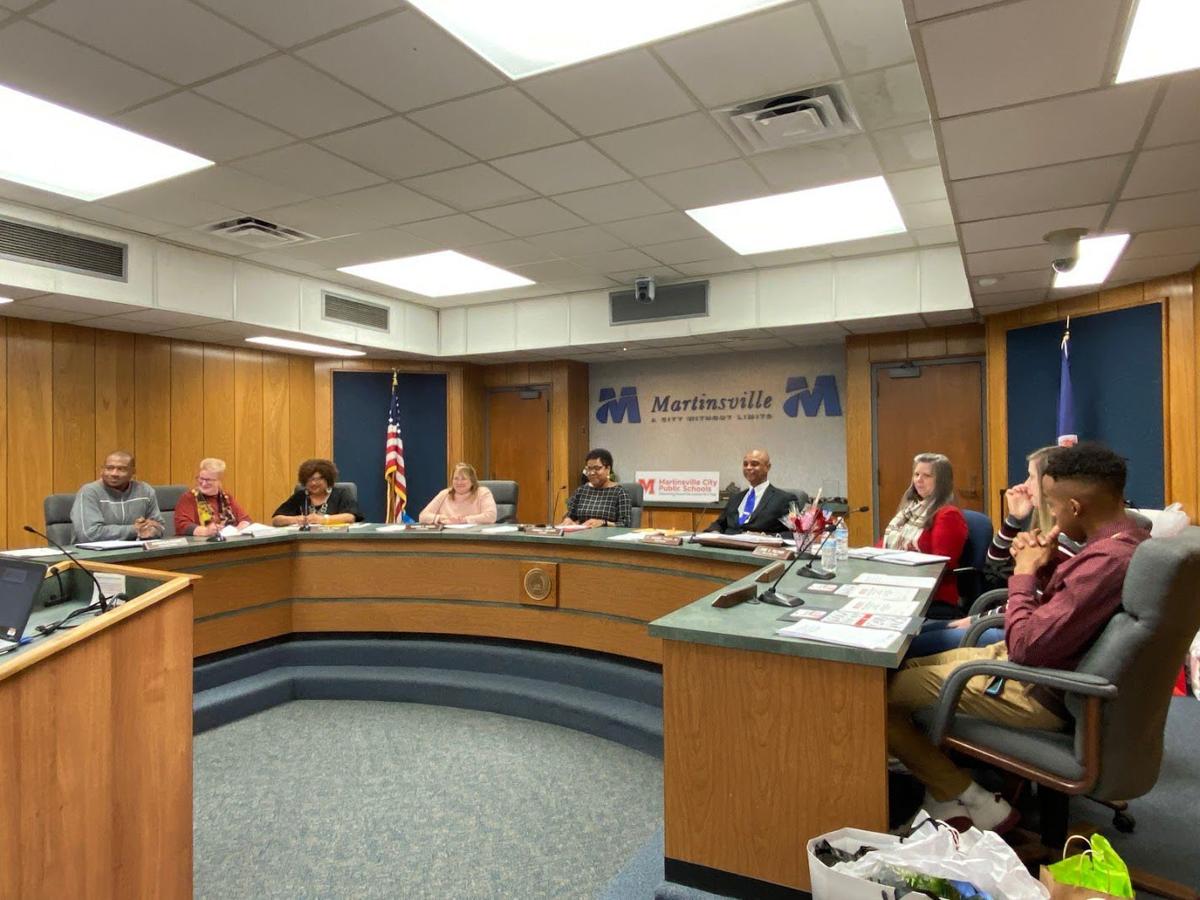 MCPS board members listen to a presentation.

MCPS board members listen to a presentation.

This month’s regular meeting of the Martinsville City School Board was an opportunity for everyone to pat themselves on the back — then the board passed its budget for next year.

February is Virginia School Board Association school board appreciation month, and board members were presented with certificates of appreciation and gifts by Martinsville School Superintendent Zebedee Talley.

Next week, Feb. 17-21, is designated as school board clerk appreciation week, so Clerk of the Board Janie Fulcher and Deputy Clerk of the Board Sarah Byrd were presented with certificates and gifts from Talley and members of the board.

Handy is a senior, Dalton a junior at Martinsville High School.

The board also approved two resolutions naming Dr. Scott O’Neil of Martinsville Surgical and Tom Berry of Snow Creek Sound to the VSBA Business Honor Roll for their contributions to the Martinsville city school system.

Meanwhile, Talley presented an overview of the proposed budget for fiscal year 2021, and the board unanimously approved it, with no changes and no discussion. The budget is nearly $1 million more than last year and includes an increased request to Martinsville City Council of $160,000 to fund the purchase of two school buses.

Talley first presented the budget on Jan. 13, and the board had a public hearing on the matter Jan. 27 at the school board office, during which no one spoke.

“These things are important to make sure our kids secure their education,” Talley said. “Teacher’s raises are right there at the top.”

Last month all the members of the school board spent a day in Charlottesville to attend a governance training session conducted by the VSBA staff.

“We’ve tried [to attend this training session] for four years,” Dillard said. “We learned a lot.”

Said Talley: “I’d like to thank the board for allowing me to go with them to Charlottesville.”

Dominque Hylton is one of the newest members on the board. “At the retreat, I was glad to get to know the other members of the board,” he said.

“We’re a busy board,” Dillard said.