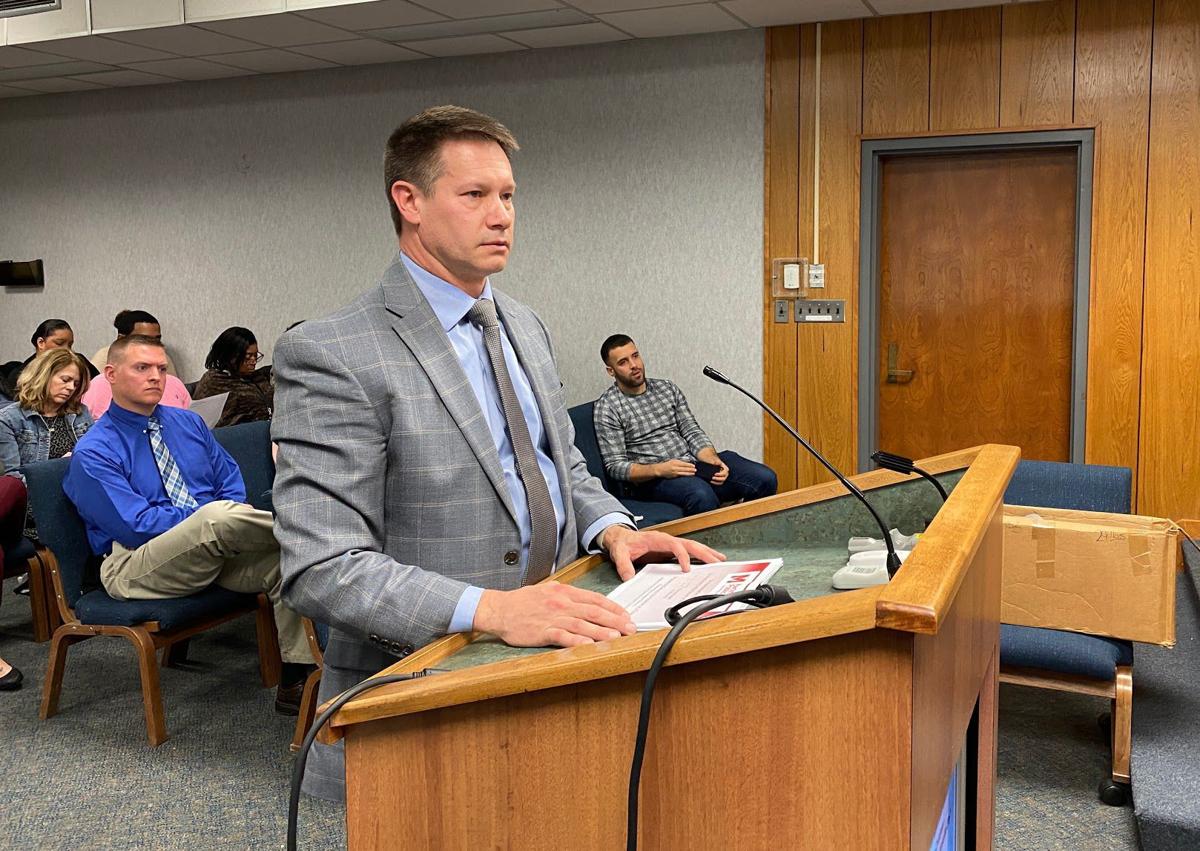 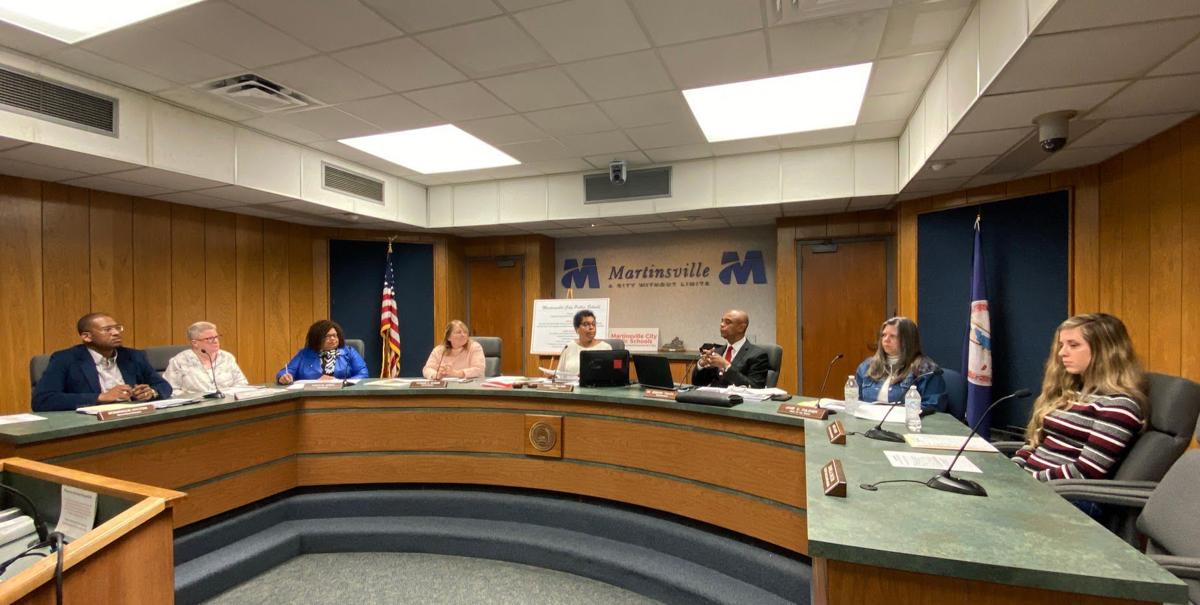 Members of the Martinsville City Public Schools Board discuss the 2021 budget. 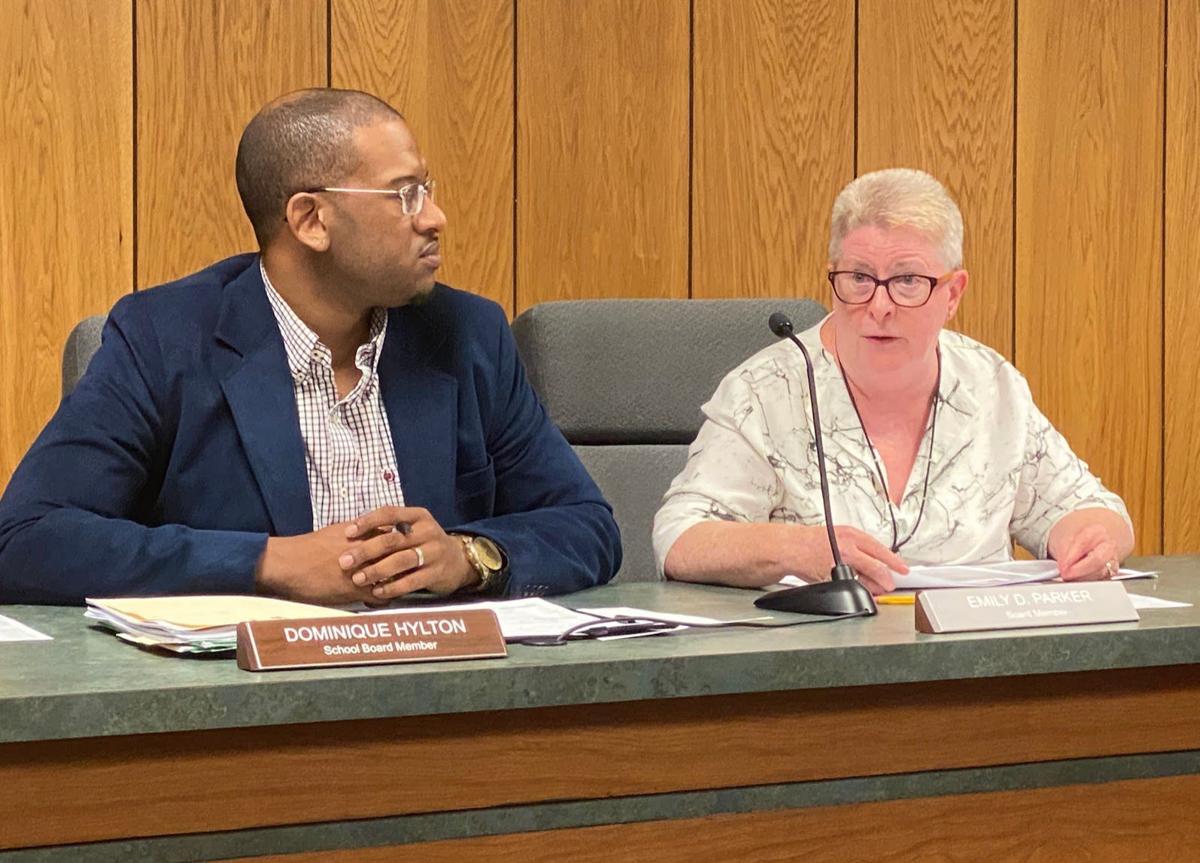 Members of the Martinsville City Public Schools Board discuss the 2021 budget.

A need for buses is driving a proposal by the Martinsville City Public School Board to increase its budget for next year by nearly $1 million, including an additional $160,000 in local funding.

“We are requesting level funding for operations, but capital improvements for two buses, $160,000,” Superintendent Zebedee Talley Jr. said Monday night during the board’s first reading of its proposed budget.

MCPS Executive Director of Administrative Services Travis Clemons told the board that nine buses in the school system’s fleet were older than 15 years and had in excess of 150,000 miles each.

“We have a transportation request for two additional [school] buses,” Clemons said. “We have 32 buses.

“We have a 15-year replacement cycle. That’s what the state recommends.”

A critical component of revenue is based on the number of students enrolled in the school system. The amount of state and federal funding goes up and down in direct correlation to that count.

Despite a predicted sharp decline in student enrollment in a report produced by consultants hired last year by the Martinsville City Council, school officials are budgeting for total enrollment to rise slightly next school year.

Although Talley admitted there will continue to be a loss of students in K-12, an increase in the number of preschool students and in adult education has managed to make up the difference.

Another factor in the increased budget is the cost to participate in the Virginia Retirement System is anticipated to increase to $109,307.

“We don’t have any say in that,” Talley said.

The VRS is an independent state agency that administers the benefit plans for public sector employees. There are about 148,000 teachers enrolled in the VRS, including those in Martinsville and Henry County, according to the VRS website.

A “step increase” of $93,744 will go to pay for the increases in salaries to teachers based on their experience.

An increase of $17,924 is budgeted for the expense of paying bus drivers. Talley said the school board may have to consider raising this amount even higher in order to recruit enough drivers to cover all of the routes.

Proposed additional costs include a part-time communication employee, a technician, a part-time reading specialist and a part-time student resource officer.

A number of funding requests were declined, among them: lighting upgrades at all schools, window replacement at Druid Hills and bathroom renovations at Martinsville High School.

“Right now the top thing we need to do is fix the central office roof at Druid Hills,” Clemons said. “We’ve done the middle school and Albert Harris roofs, and we just finished hot water replacements at the middle school.”

Talley recognized board members Dominique Hylton and Emily Parker, two newcomers, for serving as the board’s finance committee in discussions with the school administration and city officials.

“It is extremely important that we have level funding so that we can remain competitive in hiring and retaining highly effective teachers,” Talley said in a prepared statement at the end of the discussion.

“Also, it is important that we receive capital funding to purchase new buses for the safe transportation of our students. This will enable us to continue our journey for academic excellence and continue to advance the economic health of our community.”

The board will hold a public hearing about the budget at 6 p.m. Jan. 27 at the city school board’s office at 745 Indian Trail.