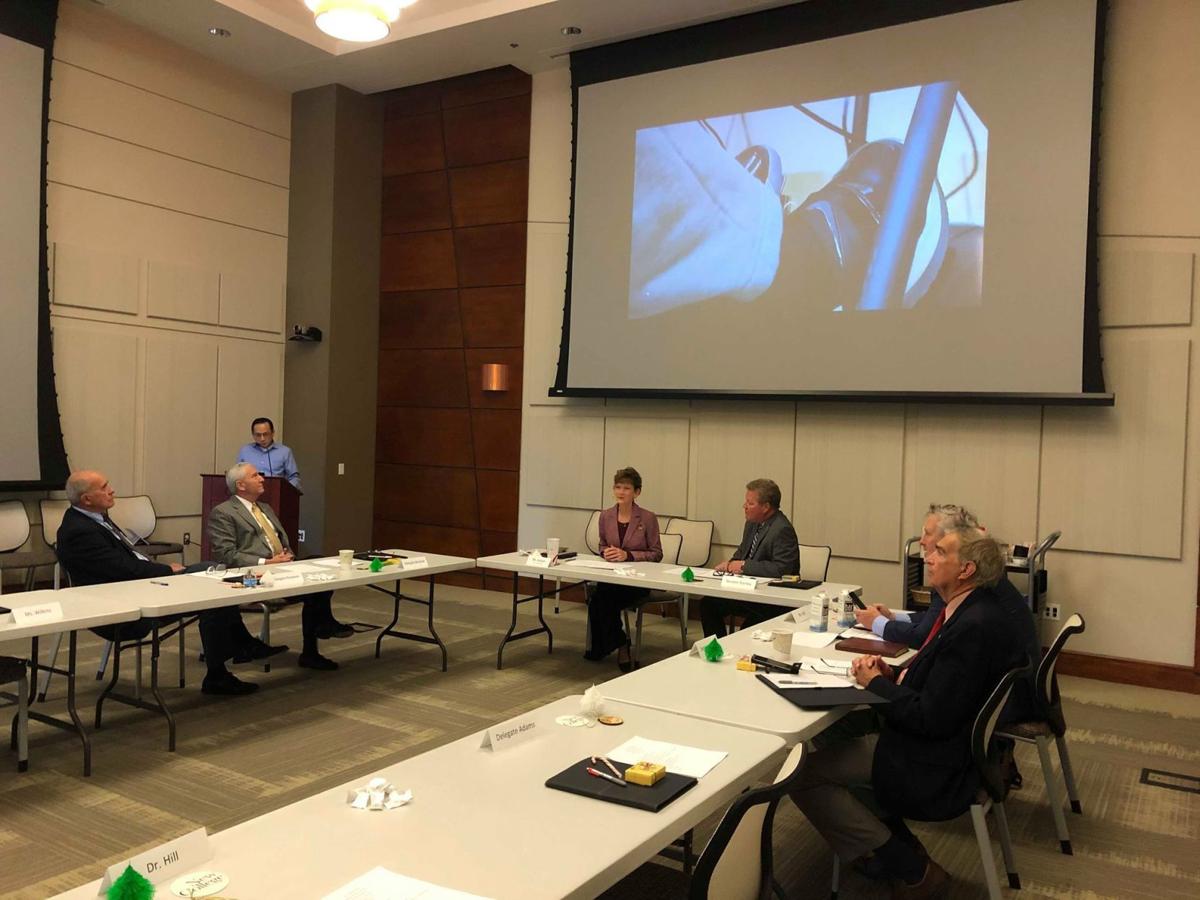 NCI staff and board members (including Interim President Karen Jackson and board chair Sen. Bill Stanley (at head of the table) watch a video made during an NCI summer camp in Danville. 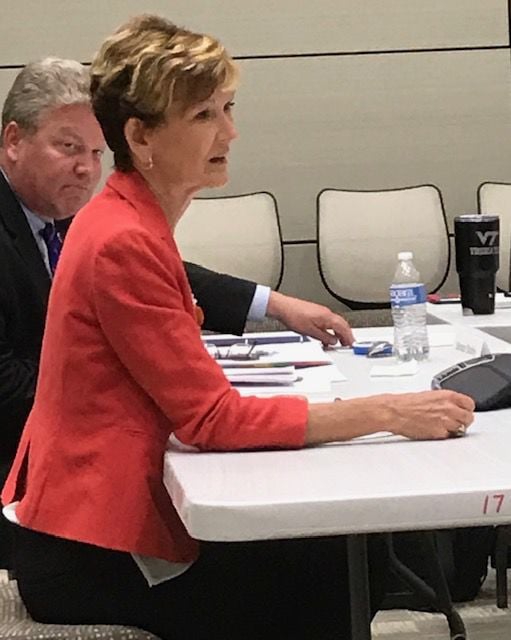 NCI staff and board members (including Interim President Karen Jackson and board chair Sen. Bill Stanley (at head of the table) watch a video made during an NCI summer camp in Danville.

New College Institute Interim Director Karen Jackson has been hired on for another year in that capacity.

“We’re very excited to have Karen Jackson for another year,” NCI board member Richard Hall announced at the board meeting Tuesday.

After the meeting, Jackson said she was “excited to be able to continue the good work we have started. We’ve got good momentum and look forward to carrying it forward.”

She said that she views NCI’s goals as to “support K through 12” education; provide corporate training; and partner with Patrick Henry Community College and 4-year colleges for industry certifications and college degrees.

She estimated that between 60 and 75 students are enrolled in bachelor’s, master’s and now doctoral degree programs through NCI partnerships.

The doctoral degree program with Virginia Tech started in the fall, she said. Assistant Director of Finance & Operations Christina Reed said that eight students had enrolled in the program, but she didn’t know how many were actively pursuing their studies by this point.

Also attending the meeting but not participating was Pat Walmsley, who was one of four NCI staff members to leave within the past six months; another, Ruby Jones, has announced her retirement, which took effect Sunday.

At NCI there are “a lot of incredible good things in the hopper,” Stanley said, and he complimented Jackson’s work.

Jackson opened her report by saying that “one of the highlights” of the past six months for NCI was taking a group of local teenagers, through a summer camp with the Wendell Scott Foundation in Danville that included racing simulations at NCI.

The foundation is a not-for-profit 501c3 established to commemorate the memory of Wendell Scott, the first African-American race car driver to win the Grand National, NASCAR’s highest level.

The students taped a 2-minute video, an “NCI promotion at no cost to NCI,” which was broadcast on NBC, Jackson said.

Jackson said she is “looking forward to extending the partnership” with the racing foundation.

She then talked about NCI’s being an “education innovator.” She is helping NCI find direction because, she said, when she took the helm, “the programming was a bit of throw-spaghetti-on-the-wall-and-see-what-sticks.”

She said she “took scissors to a lot of the programming that was marginal,” and going forward, programming “will be more quality-driven.”

In the spring, she said, NCI will host events in “disciplines fairly new to Martinsville,” and NCI also will “bring in partners who have never been to Martinsville.”

NCI will take part in Online Virginia Network, which involves George Mason, Old Dominion and five other colleges and universities, “for degree opportunities.”

NCI expects to hire a Student Outreach Coordinator who will “go out for market-driven degrees,” she said.

Jackson said she has been working with the NCI staff on procedures and working to get additional training for them.

Programs on the dark web and social media “required an inordinate amount of work to get” people to attend.

“I think I came in with the accelerator too close to the floor on some of these topics,” she said.

NCI is negotiating with the governor’s office to get the “Inaugural Governor’s Unmanned Systems Summit” to be in Martinsville, Jackson and Hall said.

That would be an event with the Unmanned Systems Association of Virginia, a state-based trade association for the unmanned industry (such as drones).

CLARIFICATION: An earlier version of this article left unclear that racing simulators at NCI were used for a summer camp.

Assistant Director of Finance & Operations Christina Reed said “all expenses are on track for the first part of the [fiscal] year.”

Assistant Director of Finance & Operations Christina Reed said “all expenses are on track for the first part of the [fiscal] year.”

Information presented during New College Institute’s board meeting included a 3-day program and a new grassroots effort to promote the area.