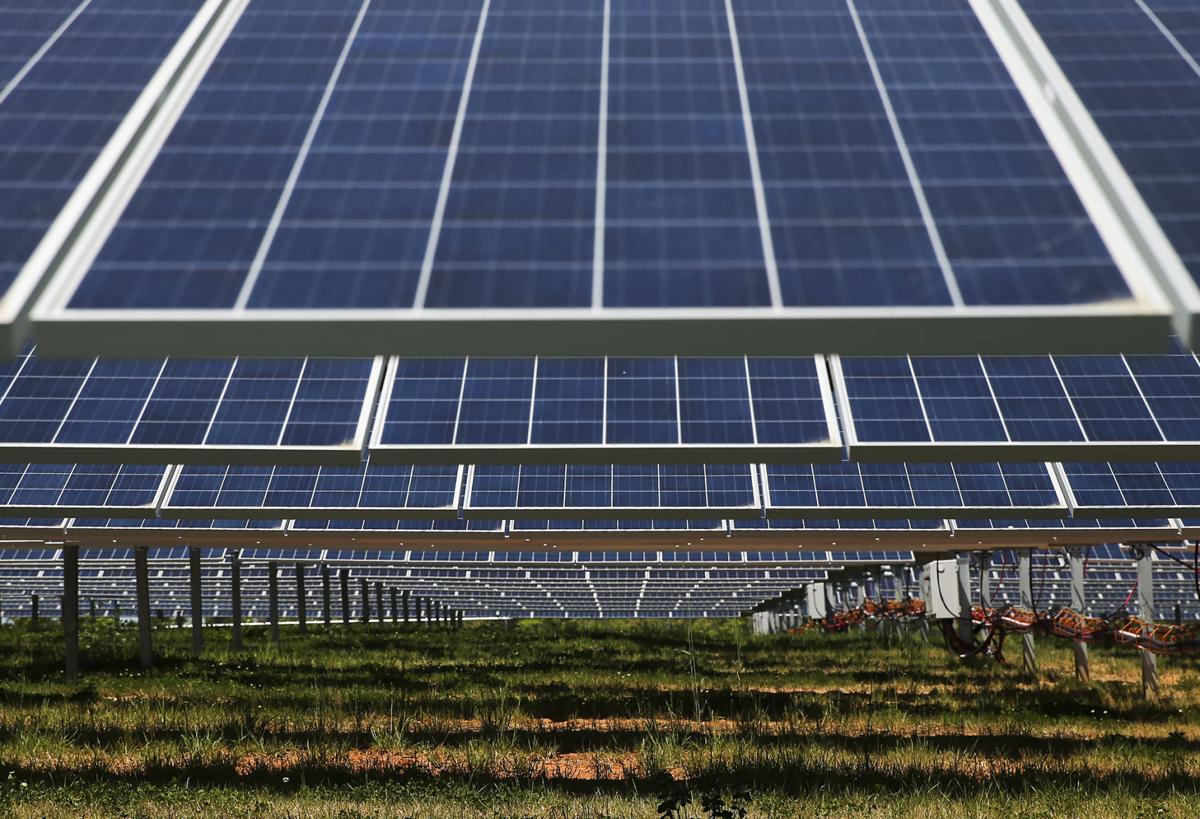 The Whitehouse Solar Site in Louisa covers 184 acres and fitted with 83,600 panels. 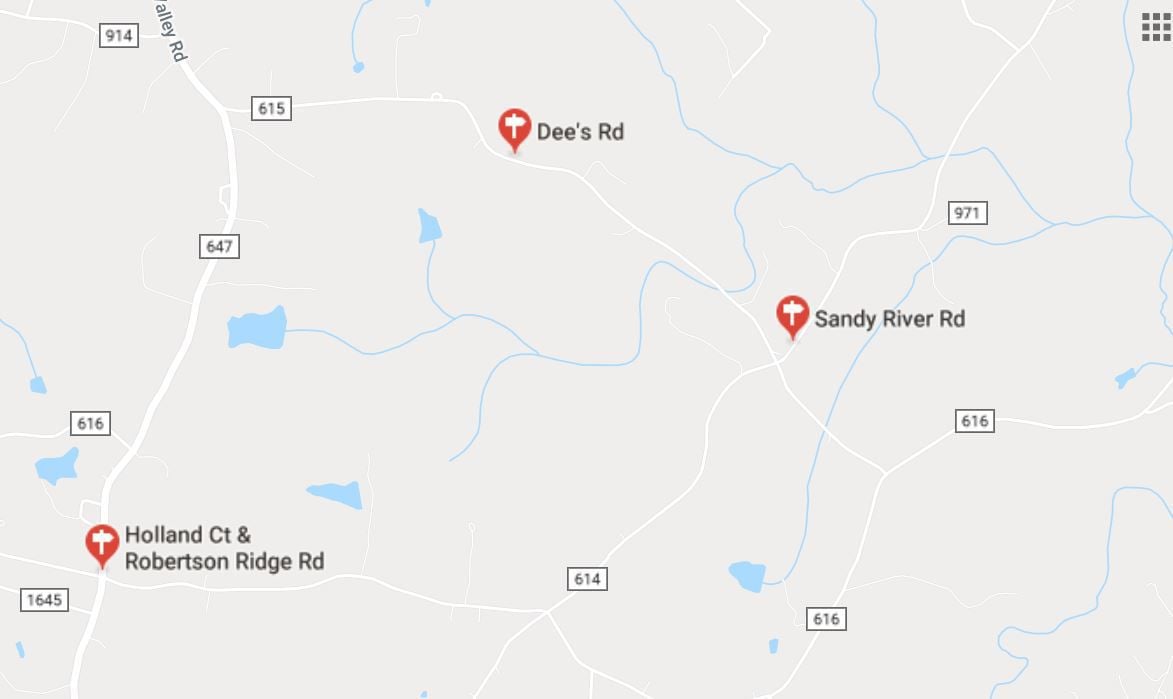 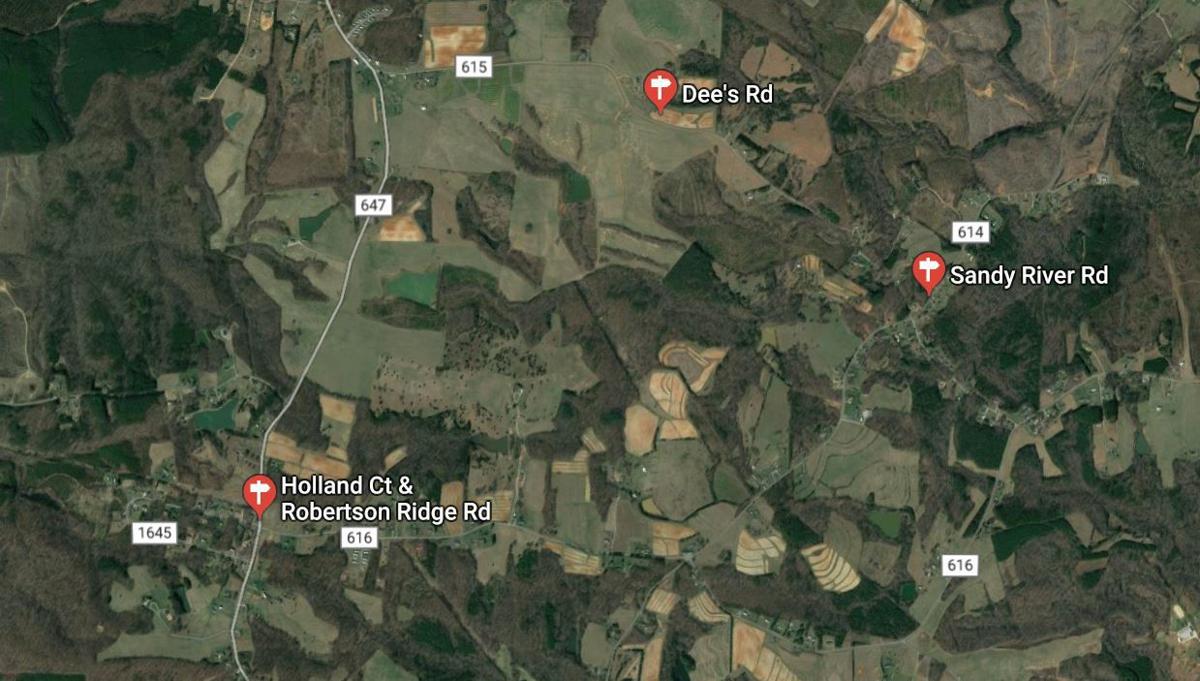 The Whitehouse Solar Site in Louisa covers 184 acres and fitted with 83,600 panels.

A solar-panel farm proposed for approximately 332 acres near Axton, Henry County’s first such farm, could produce enough energy to power about 2,660 homes annually.

Cypress Creek Renewables Development LLC of Santa Monica, Calif., has applied to build that farm of 74,675 solar panels on agriculturally zoned land north of Axton and is immersed in getting appropriate approvals, officials from Henry County and the Virginia Department of Environmental Quality confirmed.

DEQ documents describe the property as bounded by Dees Road to the north, Sandy River Road to the east and Robertson Ridge Road to the south and being bisected by Mountain Valley Road.

Lee Clark, Henry County’s director of planning, zoning and inspections, would not confirm the name of the property owner and said there had been “no formal submittals” about the project but a number of discussions with the developer.

“From Henry County’s standpoint we make sure that any project like this is located either in agricultural zoned property or industrial zoned property,” Clark said. “We’ve got preliminary submittals from the company, but no I do not have final plans in my possession.”

The project initially was proposed by Sol Leatherwood Solar LLC and announced last year in a legal advertisement, but in February Cypress Creek acquired controlling interests in that company.

Clark said the project calls for “ground-mounted arrays,” which are small solar panels that are mounted on metal racks that are connected to the ground and approximately 7 to 9 feet off the ground. A public notice about the panels said they would be an approximate maximum height of 8 feet.

“These small solar panels, multiple panels, are mounted on these metal racks, and they are installed in rows on the ground on small posts,” Clark said, “and these arrays (racks of the panels) are positioned somewhat parallel to the ground to absorb the sun’s energy and convert it to electricity, which is then transported to the closest substation to be added/transferred from the substation to the nearest existing transmission lines. Then that electricity, through an agreement between the solar provider, is purchased by the utility provider, example AEP [American Electric Power], Dominion Power, etc.”

Sloan stated in an email provided by company spokesperson Ally Copple that photovoltaic solar panels are reliable and safe technology that have been deployed across the United States since the 1980s and that the panels convert sunlight to electricity without noise, air or odor emissions.

“Through a long-term agreement with a utility or corporate buyer, the energy generated at the facility will be interconnected into the local electric grid and used throughout the region,” Sloan said.

David Martin, who represents the Iriswood District on the Henry County Board of Supervisors, said the proposed solar farm would be in his district.

“I am excited we are looking at alternate energy sources. I think it will be an asset to the community. I hope the public might agree,” Martin said.

Mary Major, DEQ’s renewable energy permit coordinator, said her agency issued the proposed project what is called a “permit by rule,” which DEQ’s website says “means that a project or activity is deemed to have a permit if it meets the requirements of the regulation. Not a conditional use permit. The application is the permit.”

Major said the application was authorized on Dec. 17 and that there are about 15 components of the application, including environmental, governmental and operational elements. There also was a 30-day public comment/with public meeting.

Ann Regn, communications manager for DEQ, said her agency is reviewing storm-water management plans for the site. “We have not approved those plans yet. We have not issued a construction general permit,” she said.

Clark said the project is subject to a site plan review by his department for screening and setback requirements and also must be issued necessary building, mechanical or electrical permits.

“No one has applied for that yet, so I don’t know if any building, mechanical or electrical permits will be required,” he said.

Logging activities going on within a mile or two of the site for the proposed solar farm are not related to that project, he said. The solar project is not under construction.

Clark said he and several other planning directors from around Virginia have visited solar farms with hundreds of acres in North Carolina, some located on agricultural properties, some in industrial parks, one at an abandoned airport.

“There was absolutely no noise whatsoever coming from these facilities, zero,” he said.

“One of the aspects of these solar farms is they do have, depending on the size of the farms, out in the middle of the development, they do have to have a couple or a number of transformers that are no larger than … the size of a large van. That transformer converts electricity from solar panels, electricity that can be transmitted/transported along power lines. Very few, only one, of those transformers for many acres. Even standing nearby one of those transformers, it was just a slight hum. My observation — the solar farm itself emitted no detectable sound whatsoever.”

Cypress Creek has offices in Asheville, N.C., and Durham, N.C., and, Sloan said, “Together with landowners, lenders, community leaders, and local businesses we have successfully developed more than 300 solar projects in more than a dozen states. We are eager and proud to develop the Leatherwood project in Henry County.”

Sloan said he anticipates that construction would begin sometime between the end of 2020 and beginning of 2021 and take approximately six to eight months to become fully operational.

He said “based on estimates of similar properties across Virginia, we anticipate the lifetime tax benefit to the community to be in the $670,000 range” and that during construction about 33 jobs would be created.

“We are committed to developing projects that take into consideration the character of the area and will continue to work with the county and broader community to ease any concerns or questions,” Sloan said. “Due to the proposed low impact land use without any noise, smell or pollution plus the addition of setbacks and required evergreen vegetative screening, the project will be in harmony with neighboring land uses.”

Cypress Creek officials did not release the cost of the project. Sloan said that because the project is in active development a number of details haven’t been completed.