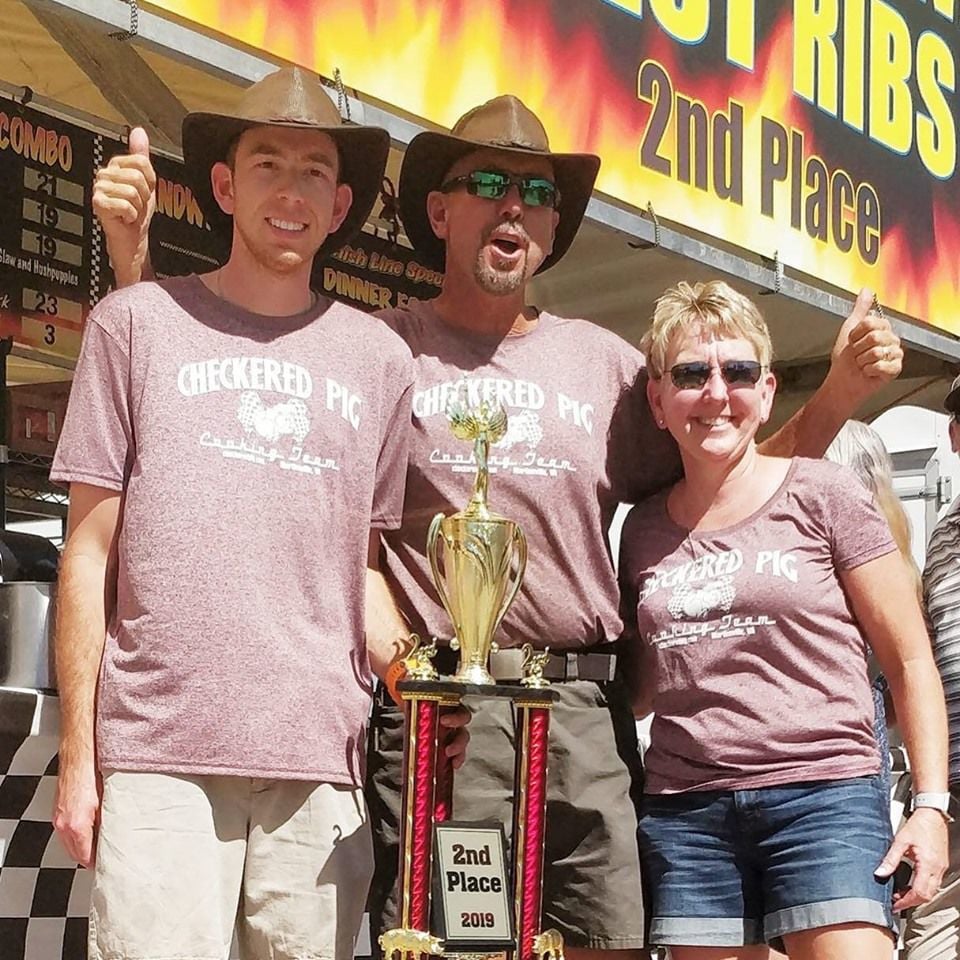 Hunter (from left), Tommy and Lisa Houston of the Checkered Pig restaurant in Martinsville and Danville won second place for the second year in a row at the Best in the West Nugget Rib Cook Off in Sparks, Nevada, over Labor Day weekend. 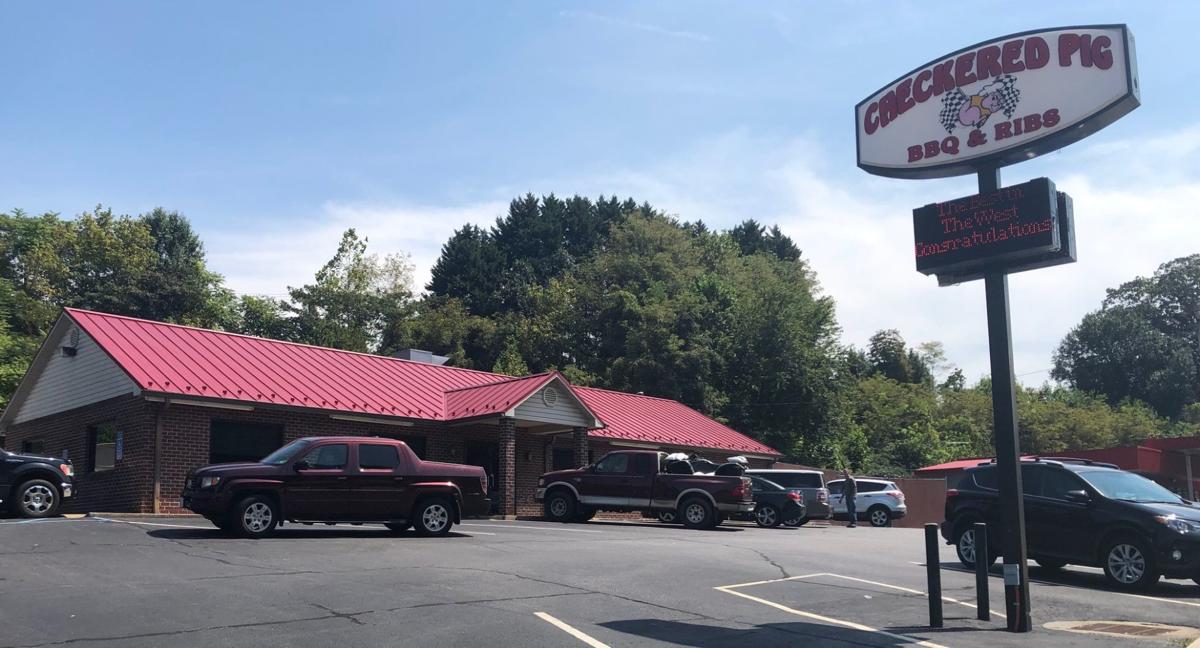 Checkered Pig on Liberty Street in Martinsville is one of two locations (the other is in Danville) owned by the national-award-winning barbecue family Tommy and Lisa Houston.

Hunter (from left), Tommy and Lisa Houston of the Checkered Pig restaurant in Martinsville and Danville won second place for the second year in a row at the Best in the West Nugget Rib Cook Off in Sparks, Nevada, over Labor Day weekend.

Checkered Pig on Liberty Street in Martinsville is one of two locations (the other is in Danville) owned by the national-award-winning barbecue family Tommy and Lisa Houston.

The husband-and-wife team of Tommy and Lisa Houston traveled back home at the end of the Labor Day weekend with a new piece of décor.

The Houstons, owners of the Checkered Pig restaurants in Martinsville and Danville, brought with them a second-place trophy – for the second year in a row – from the 31st annual Best in the West Nugget Rib Cook Off in Sparks, Nevada.

The cook-off, featuring nearly two dozen chefs from all over the country, kicked off on the last Wednesday of August and wrapped up on Monday.

For six days, upwards of 400,000 barbecue lovers enjoyed a more than six-blocks-long array of finger-licking food.

Serving up their famous ribs at the festival for the past 18 years, the Houstons must find it hard to consider that owning a barbecue restaurant wasn’t even a thought for them four decades ago. All of that changed 38 or 39 years ago when Tommy Houston made a meal at a benefit for a local organization.

“The first time I cooked a whole hog was for the Martinsville Volunteer Fire Department,” Houston said. “That’s what started the whole journey.”

He had been doing catering before opening his own brick-and-mortar restaurant, and the popularity of his barbecue had spread around town.

Only 12 years after starting their business at 1014 Liberty St., the Houstons opened a second location in Danville.

“We put all of our eggs in the barbecue basket,” Tommy Houston said. “It worked out.”

About two decades ago, the Houstons attended a barbecue convention. That’s where they first heard about the Best of the West cook-off.

“I heard people talking about these rib cook-offs. I had no idea what they were talking about,” Tommy Houston said. “I befriended a gentleman there, and he later helped me get into the cook-off. We’ve been here ever since. It attracts barbecue teams from all over the country.”

“It’s a St. Louis-style rib,” Tommy Houston said. “It’s actually the same ribs we use in our restaurant.”

The Houstons’ award-winning recipe isn’t comprised of a bunch of secret ingredients – just a knowhow and passion for what they do, he said.

“As far as the specialty of the rib, it just starts off with a good rib. Then we put our own Checkered Pig seasoning on it,” he said. “We strictly use cherry wood to get that smoked flavor. Our sauce is the last thing we put on it. It ties everything together and makes for an awesome rib.

Aside from earning a spot in this year’s winner’s circle, which comes with some prize money, a trophy and bragging rights for the whole year, the team from Checkered Pig – which also includes the Houstons’ son Hunter — also gleaned an additional prize from the annual event: consumer loyalty from folks they only see once a year.

“It’s just a ton of people. For 18 years, we’ve developed a following,” Tommy Houston said. “We have customers who come back every year. Actually, we have a lot of friends that we’ve met through coming out here that live in other states that always come to see us.

“We’ve got some friends in Idaho that come down just for that, from California. It’s just crazy. I don’t know how many people exactly, but there’s three or four lines, 20 or 25 (people) deep, waiting to get your ribs or pork brisket or all those things.”

And for the first-place winners, Montana Q Bar-B-Que House from Frenchtown, Montana, the Houstons have a friendly rivalry already in place for next year’s Labor Day festivities.

“The team that won are good friends of ours. We couldn’t be more happy for them,” Tommy Houston said. “He’s just got a little something dialed in there. We’ve got 365 days to figure out what it was.”