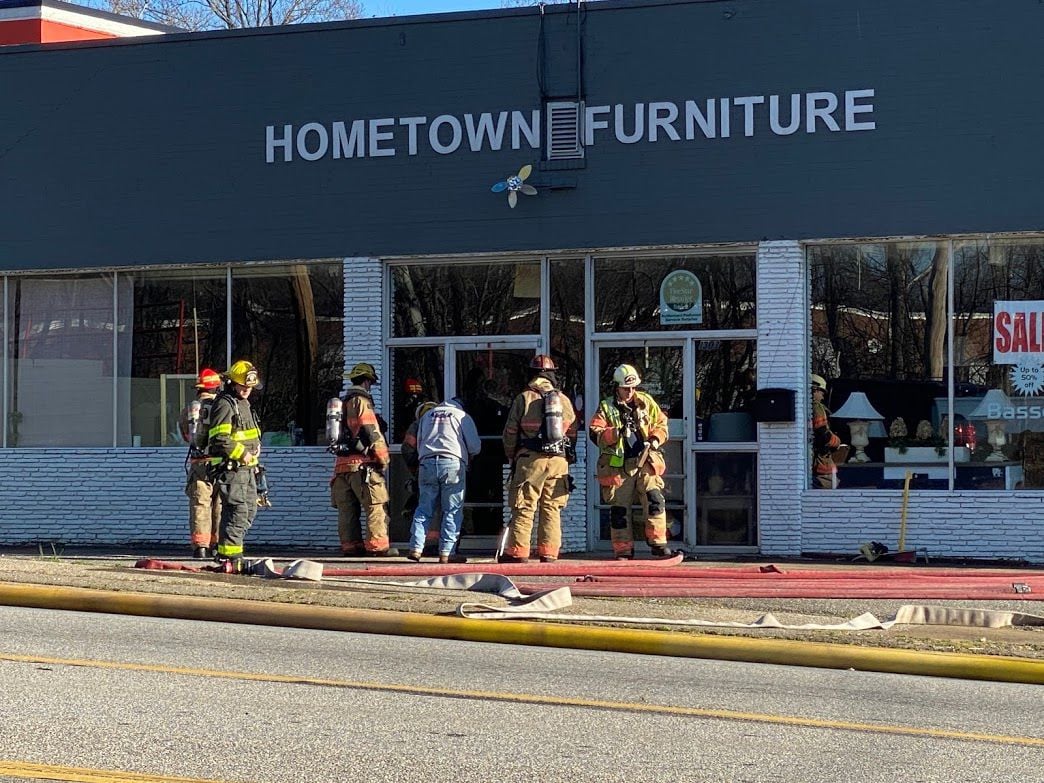 Martinsville firefighters gain entrance to Hometown Furniture store by removing the lock from the door. 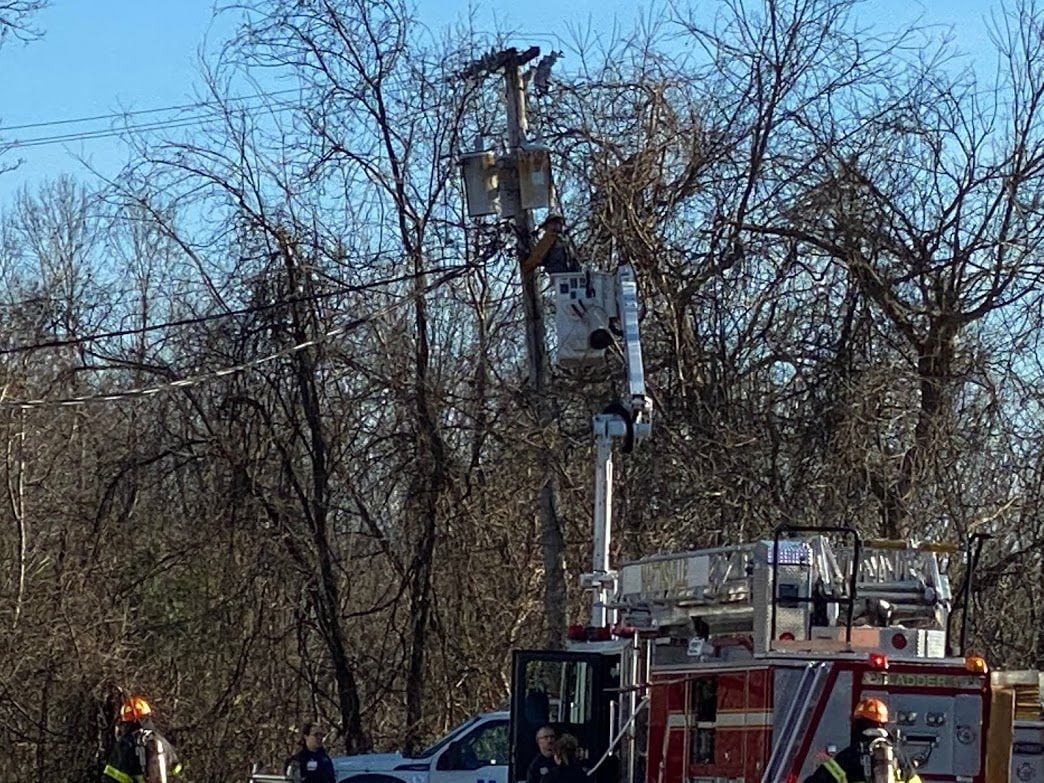 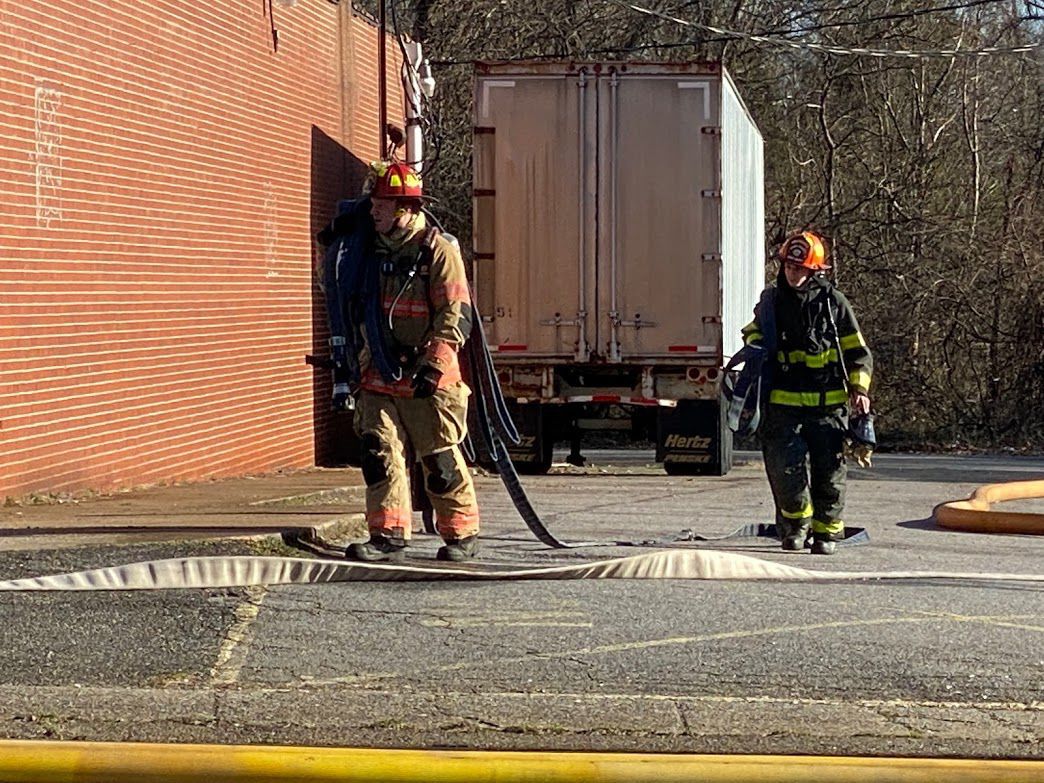 Firefighters laying hose along south side of Hometown Furniture store on Memorial Blvd. in Martinsville. 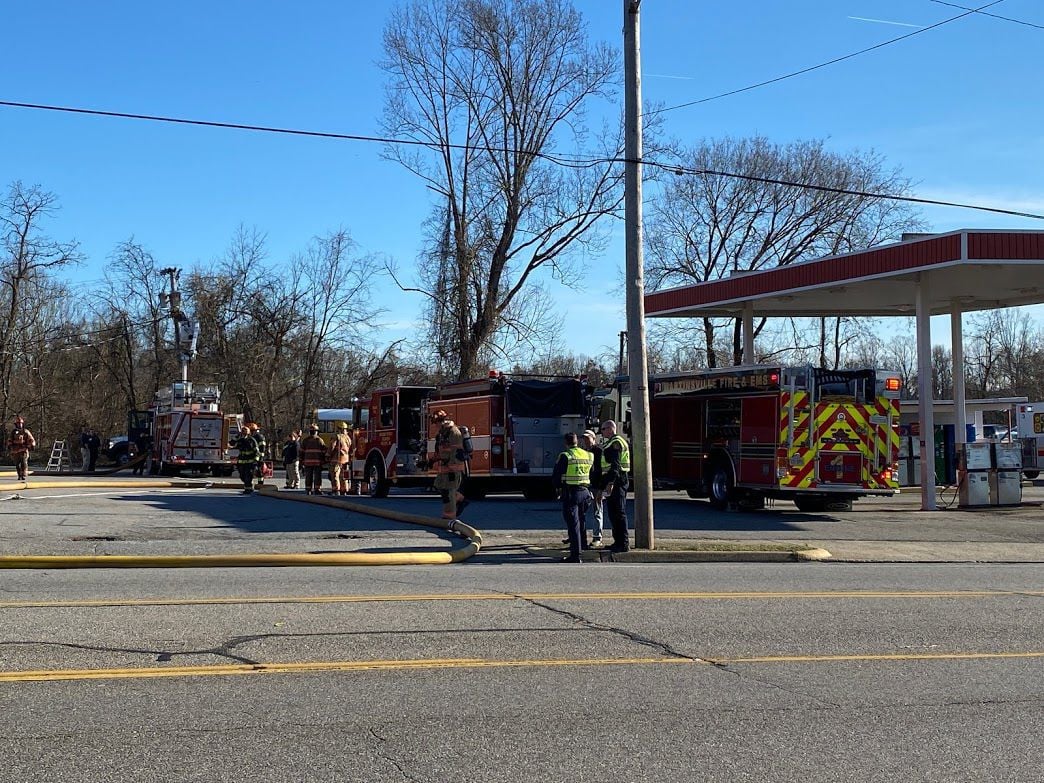 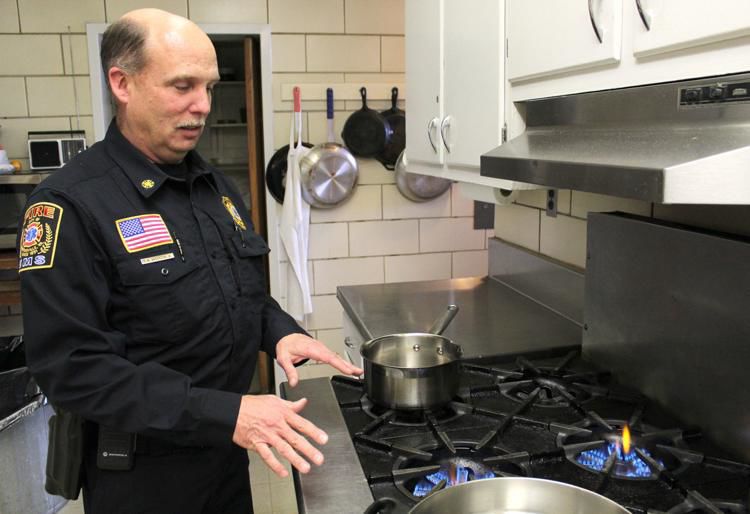 Martinsville firefighters gain entrance to Hometown Furniture store by removing the lock from the door.

Firefighters laying hose along south side of Hometown Furniture store on Memorial Blvd. in Martinsville.

Martinsville Fire Chief and Fire Marshal Ted Anderson said he was at the AutoZone Auto Parts store at 1303 Memorial Blvd. S. in Martinsville around 4 p.m. Sunday to pick up some parts for his 1957 Chevrolet when the lights starting cutting off and on and then went out all together.

“I went outside and could see that the lights were on to the businesses up the street,” Anderson said. “That’s when I smelled smoke, like an electrical burn.”

Anderson began looking for the source of the fire and found it next door at Hometown Furniture.

“There was smoke coming out of the furniture store, and that’s when I called it in,” he said.

“We didn’t have to break the glass, we were just able to take the lock out,” Anderson said. “This was not a building you just want to rush into, with fuel stored nearby.”

Anderson said firefighters found the fire at the breaker panel, and it had begun to extend into the attic. The fire was contained with a minimal amount of structure damage.

“The breaker box is gone, and there is some fire damage, but mostly smoke damage,” Anderson said.

As firefighters attended to the fire, Anderson saved several caged birds that were inside.

“I guess I just happened to be at the right place at the right time,” Anderson said. “If we hadn’t gotten to it when we did, this would have likely been another burned down building in town.”