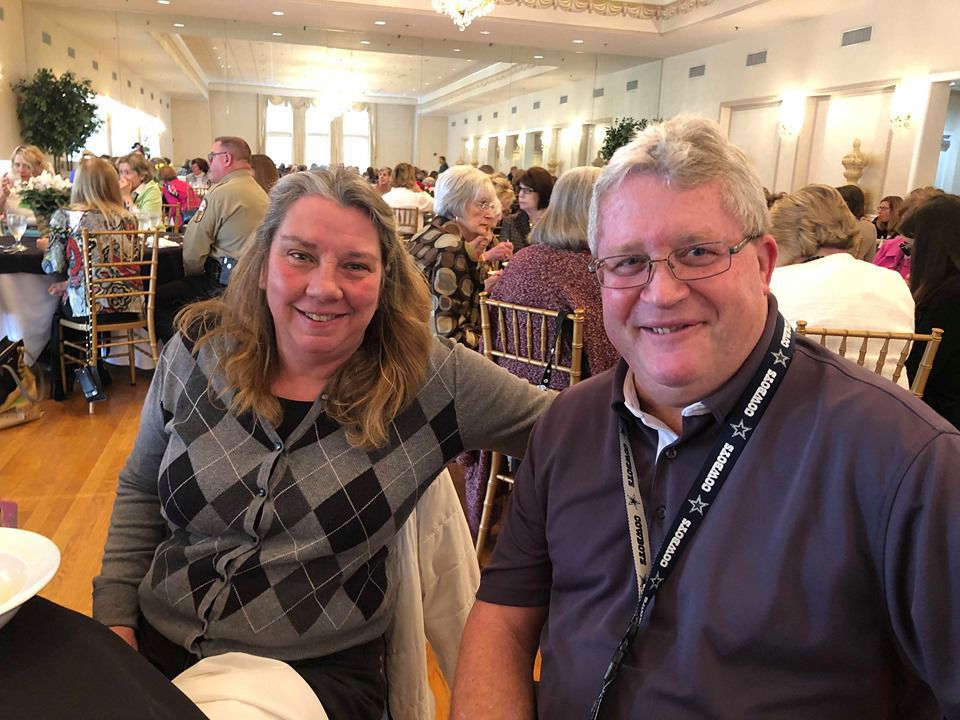 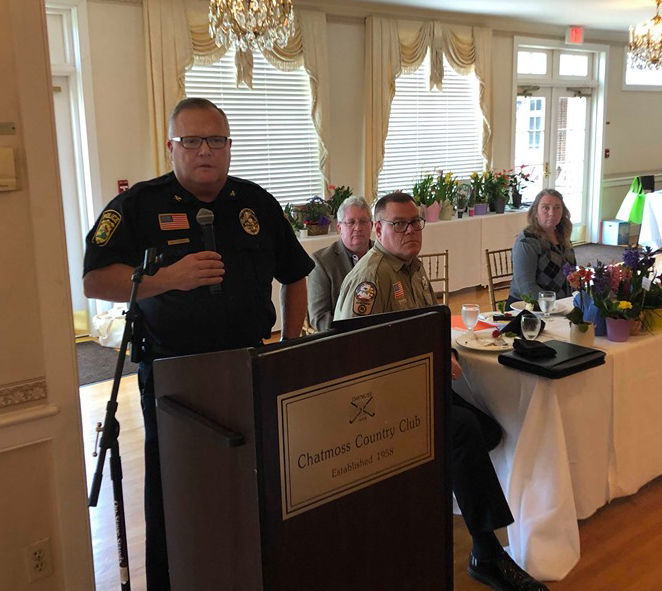 Gateway Streetscape will cease to exist, and Henry County and Martinsville each will get a landscape employee to maintain public landscaping and cleanliness.

That information, plus more about the area’s garbage and recycling services, were the subjects of a program at Wednesday’s joint meeting of the Garden Study Club and Martinsville Garden Club.

Gateway, an organization that receives funding from various sources, including the city and the county, landscapes various local roadsides and common area, manages Household Hazardous Waste collection twice a year and helps with occasional cleanups.

Mike Amos is the project manager for Henry County Public Service Authority and Henry County, and he has been on the board of Gateway Streetscape “for going on 19 years,” he said.

“We’re in the process of closing Gateway down,” he said.

The county will hire Gateway Streetscape Executive Director Tracy McKoy to handle the county’s landscaping, “and Leon [Towarnicki, Martinsville city manager] will get somebody on the city side to maintain,” Amos said.

Towarnicki later said that the dissolution of Gateway will happen at the end of the fiscal year, on June 30. The city had been paying about $20,000 per year to Gateway, he said, and will come up with additional funding to support the approximately $40,000 it would cost to get an additional city public works employee to handle those duties, plus be available for other public works duties as needed.

“Yes, we are planning to dissolve Gateway ... effective by the end of the business day June 30,” Gateway Board President Mike Ward said. “The decision was made during the board’s Dec. 9 meeting.

“It’s really hard for non-profits in this area to survive.”

He said that, by splitting the role between the city and the county, more work could get done.

As well as landscaping, Gateway provides other services such as the twice-yearly Household Hazardous Waste collection days, and it partners a few times a year with Dan River Basin Association for area cleanups, with volunteer help.

“All of those logistics and details really haven’t been ironed out yet, but we still want to provide those things in some form and fashion,” Ward said. “We want this to be as seamless as we can.”

The DEQ funding has been used for the household hazardous waste disposal, and that will continue to take place.

“I hate to do it, but that was the best decision for the county and the city,” he said. “When you have organizations, you don’t like to shut them down, but sometimes you just have to do what you have to do.”

Gateway was formed in 1991 from a Beautification Committee at the Martinsville-Henry County Chamber of Commerce, according to The Harvest Foundation’s website. Since 1993, Gateway has been a 501(c)(3) organization, managed by a board of directors.

Gateway Streetscape and Clean Community were merged in 2003, according to Bulletin reports. Three major projects that Clean Community shouldered were the annual household hazardous waste collection conducted in the spring and the Smith River cleanup project in the fall, as well as ongoing educational activities in local schools. Gateway at the time had beautification projects involving 60 sites around the area, and Lois Christensen was its director.

McKoy recently redid the garden in the middle of the walkway in front of the city municipal building, replacing shaggy, overgrown shrubs with a variety of low-growing perennials. She got a grant from Keep Virginia Beautiful for two cigarette receptacles, which improved the look of the area, she said.

In front of the building, “for the longest time, had two little planters, apparently used as cigarette receptacles,” she said. I thought, ‘This looks so bad.’”

Once she had the receptacles up in the summer, she was worried people wouldn’t notice them to use them, she said.

One day, while she was working in the nearby flower bed with the fountain, she saw someone with a cigarette looking around. After some looking, he found the receptacle — and she “was like a little kid dancing around” that the plan had worked.

Also, recently, “I have not seen that many cigarettes in the beds,” she said.

The city prevents a lot of litter by its “really good job of placing the trash cans around town,” she added.

“The bottom has dropped out of recycling,” Amos said, and it’s hard to make it financially viable anymore.

The majority of items sent for recycling had been sold to recycling companies in China and Japan, he said, through EMI, but they aren’t buying as much as they used to. In 2013, the county got $110,000 for its recyclables but only $27,000 last year.

Plus, the garbage truck that hauls materials for recycling only gets 3.65 miles to the gallon on gas, he said.

“The only thing really right now that’s paying any amount of money is for metal recycling,” he said.

The county does not recycle glass because it’s not cost-effective, Amos said. Glass would have to be sorted into colors, and it costs $49 per ton to recycle. Because of the way glass is recycled on the East Coast, the market for it is not good, he said; in Roanoke, there are stockpiles of glass that there’s no place for.

The county budget allocates $1.5 million for refuse, “and a lot of people just can’t believe it’s that much,” Amos said.

As far as garbage collection, the county is moving toward using trash compactors at its convenience centers to be able to haul the material with different trucks, he said.

The first compactors are in use at the Axton convenience center, and one is being installed in Ridgeway, Amos said. Eventually all the centers, except for King’s Mountain Road and Blackberry, will have them.

The county recently has hit a bonanza of savings with the cost of disposal of televisions and electronics. At one point, it was costing $60 a ton — last year, the county paid $49,000 to recycle TVs, he said. However, at the end of last year, he struck a deal with Pittsylvania County, which will take all TVs and electronics for $34.50 a ton.

Between May 2010 and November 2019 the county has picked up 54,946 bags of trash from along its roadsides, he said, collected each day by three or four inmates working under a supervisor.

Henry County Sheriff Lane Perry said one of the biggest ways to keep trash off roadways would be to have a covered-bed ordinance, requiring that pickup trucks hauling trash have their beds covered, including by tarp or netting.

For many people who take trash to the convenience centers in pickup trucks, he said, “the truck has been mounted up for a month with trash.” Debris blows out as they drive, and sometimes a bag falls off, “and the next car busts it open.”

He said he has talked with officials from two jurisdictions who said that a covered-bed ordnance has been the biggest impact in keeping their roads clean. Deputies park near convenience centers and write tickets to people who have uncovered trash in trucks.

Last year, the city started an “Adopt-a-Street” program, he said. When an organization or individual agrees to keep a section of a street clear of litter, the public works department makes a sign in their or his name.

Cassady said he is a mason, and the Masonics sponsor a section of Starling Avenue. Though the Virginia Department of Transportation requires cleaning the road- or street-side only twice a year, the Masons clean theirs quarterly.