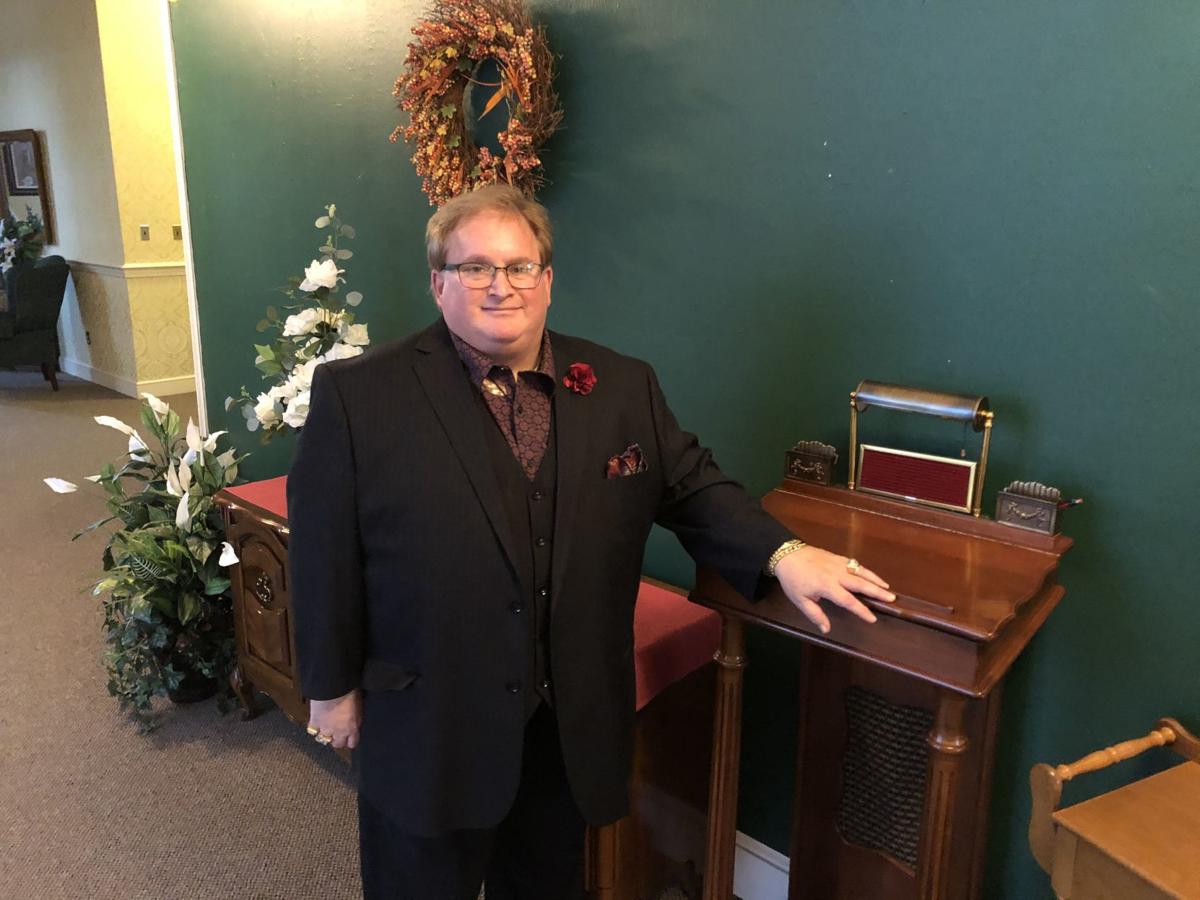 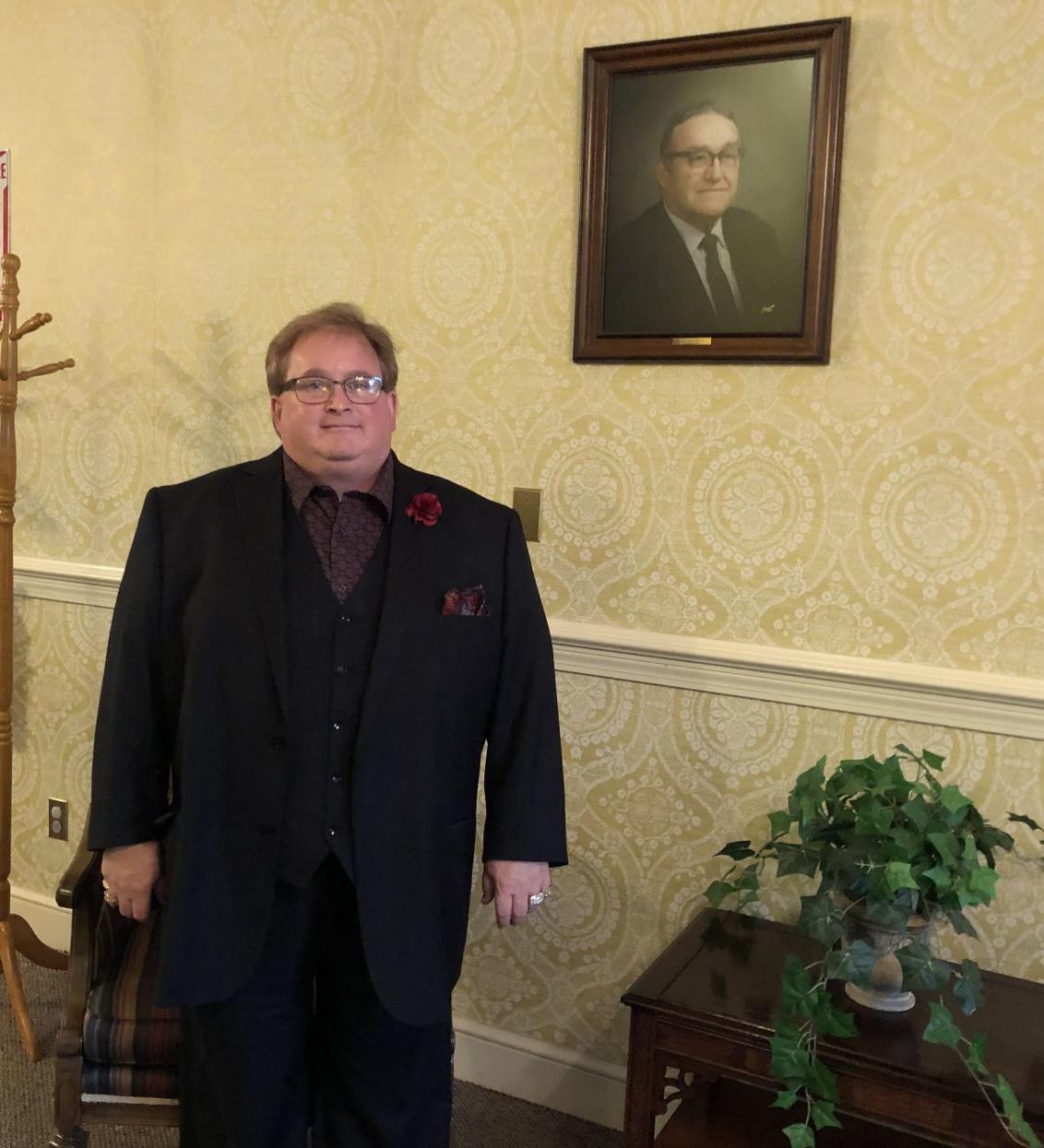 It’s a new day at Roselawn Chapel Funeral Home & Burial Park, Kelly Ratcliff says — and he is excited to be at the helm for the improvements.

Both are owned by StoneMor Inc., which owns 321 cemeteries and 90 funeral homes in 27 states.

He does it all, he said, including embalming, cosmetic work and conducting funerals as a certified celebrant.

In the fall, “the company here [StoneMor Inc., owner of Roselawn] reached out to me. They had done some checking on my background and felt like I was the right fit — if anyone could turn this around, I could do it,” Ratcliff said.

He did not specify what needed to be turned around. However, a consent order issued Sept. 18 by the Virginia Cemetery Board gave Roselawn 90 days to repair/replace missing and damaged curbing, repair broken grave markers, fill/seed areas of settling soil over graves, repair walls, ceiling and lighting of mausoleum, and repair fallen upright headstone.

When asked about state investigations into the cemetery, he replied, “I haven’t heard any comments on that,” but later in conversation, he said he has been meeting with the state and fulfilling obligations.

Problems weren’t as bad as people were saying or had been reported in the media, he said: “I think the public was misled. When I got here, I realized it was not as it had been told.

“I think the problems were blown out of proportion. We address people’s concerns.”

Roselawn has “adopted a seamless service mentality,” Ratcliff said. “We can’t change the past, but we can change the future.”

He said that includes “unity between the cemetery staff and funeral home staff, working together as a great team for the one mission of taking care of the families here.”

Roselawn has more than 300 burials and about 70 funerals a year, Ratcliff said.

He has hired “four additional sales [staff] and one full-time funeral employee, my brother, Tim Ratcliff,” he said, bringing the staff to four sales people, one sales manager and two administrators of the cemetery, and five employees in the funeral home, as well as maintenance men.

However, he said, “It’s hard to say” how many maintenance men there are.

The Consent Order quoted Judith Owen, an administrator for Roselawn Burial Park, from an April 2018 interview. She had said that the burial park had two maintenance employees but increased that number to five and believed “the maintenance issues were due to a lack of maintenance staff.”

He said he is looking forward to being part of the local Veterans Service Organizations’ Memorial Day program held each spring at Roselawn.

What drives him in his work is “knowing that I can help people in the worst day of their lives,” he said.

Ratcliff, a Martinsville native, started his career in funerals under Charles Tomlinson in Ridgeway in 1984, when he was 17. He learned Tomlinson’s “old style of funeral directing,” he said — “The old directors believed in serving 24/7. The new generation is 9-to-5, the bare minimum.”

From 1992-95, Ratcliff owned G&R Removal Services, which brought bodies from the places where they had died to funeral homes.

In 1995, he went to work for Collins-McKee Stone in Martinsville. He was graduated from Fayetteville Technical Community College in Funeral Service Science and Funeral Service Arts in 2002, which certified him with The International Conference of Funeral Service Examining Boards.

After he got his license as a funeral director, he also was the location manager of Community Funeral Services of Ridgeway, the former Tomlinson Funeral Home, until it closed in 2018, he said. Both Community and McKee were owned then by the same company.

From 2017 to 2019, he said, he worked as a correctional officer part-time with the Martinsville Sheriff’s Office, which he still does, he said, and full time with the Virginia Department of Corrections. He also was certified as a hearings officer, conducting hearings in the prison system (like a judge for prisoners who are accused of crimes while in jail or prison).

He is the owner of and singer with the Singing Directors, a musical group that has been performing at local churches and events for more than 30 years, including many fundraisers. The group had its own television show for more than 15 years on Star News, he said.

He said he plans to bring occasional gospel-singing programs to the Roselawn chapel.

Like his career, his singing harkens all the way back to his teenage years, under the tutelage of Charles Tomlinson. “He and I sang together all the time, he said. “He is the reason that I have the dedication to this profession” as well.