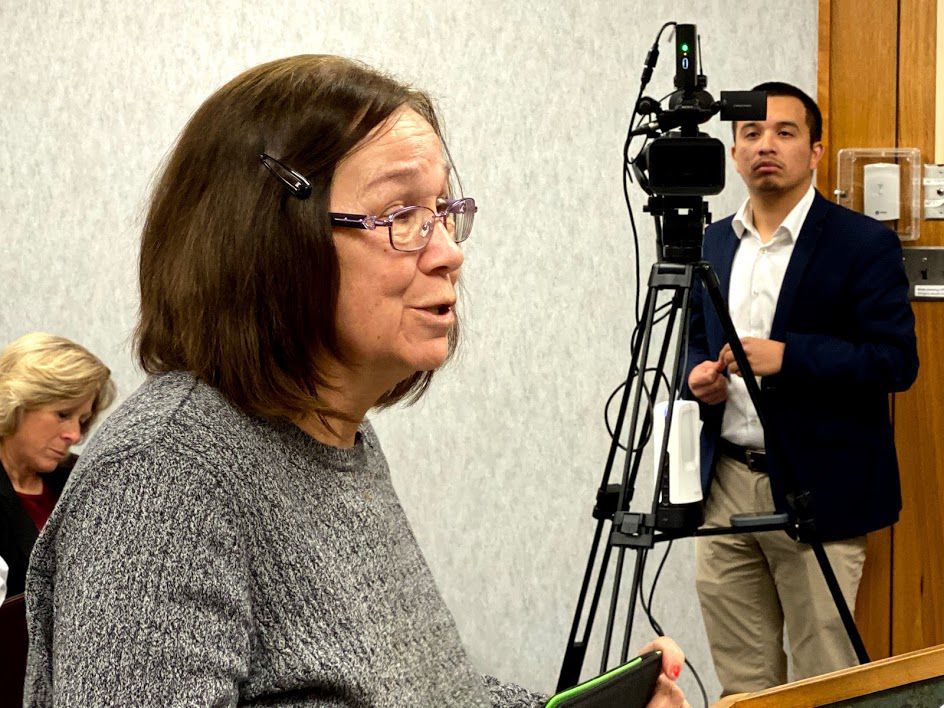 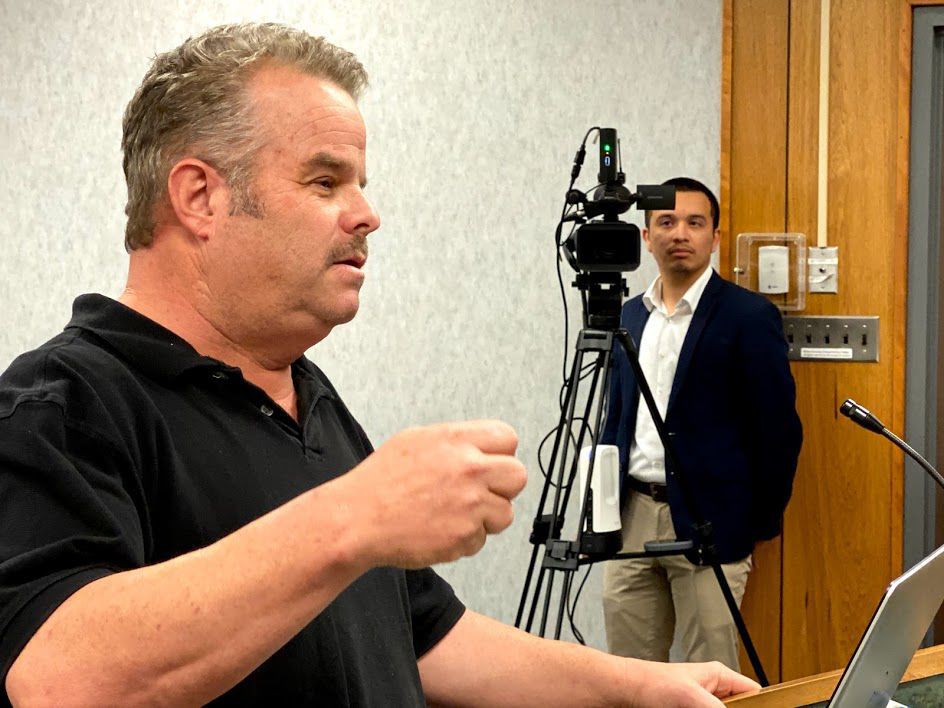 Charles Roark says Tim Hall is "waiting to see what to do next." 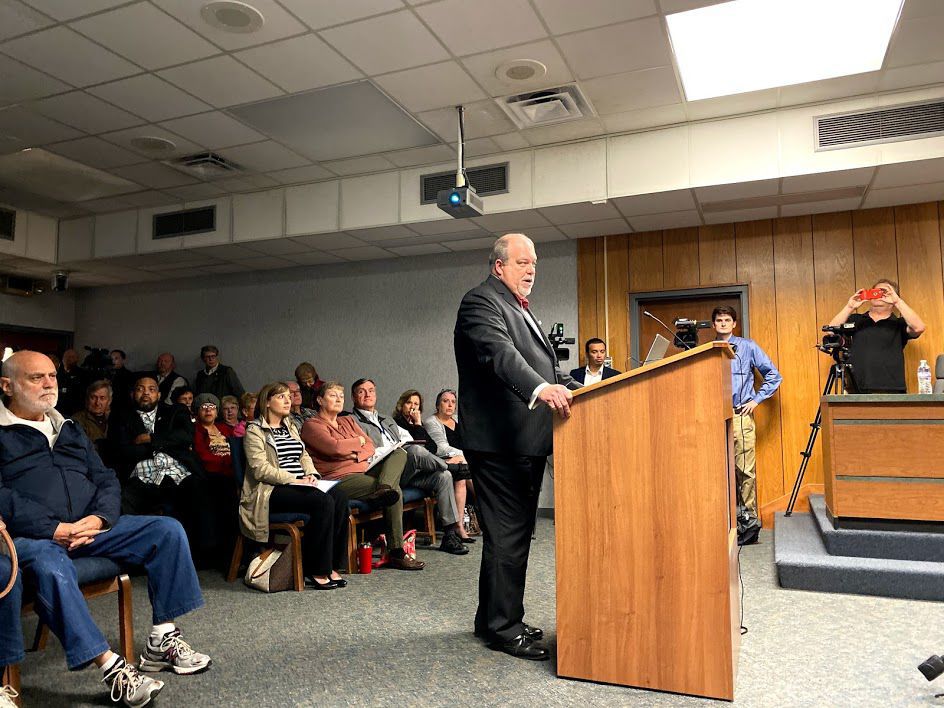 Charles Roark says Tim Hall is "waiting to see what to do next."

Virginia law does not allow independent cities to annex property, but as a town, Martinsville could claim Henry County property after two years of reverting.

“When you annex, and you know you will, then you’re going to have county and town tax,” said Henry County resident Mary Martin. “You say you’re a city without limits — you’ll be a town without limits.”

Martin was one of nine people who spoke to Martinsville City Council after a presentation by Eric Monday, city attorney and assistant city manager. Monday presented information on Martinsville reverting to town status.

Several of the constitutional officers whose jobs would be eliminated through reversion attended. Among the approximately 50 residents who attended were former Mayors L.D. Oakes and Gene Teague.

Henry County officials have asked state legislators to give them the authority to determine if Martinsville can revert to town status. Current law puts the decision in the hands of a three-judge panel.

“The court would issue the final order,” said Monday. “Either side could appeal… Then the court issues its ruling. It’s permanent; you have 21 days to change your mind, after that you can’t go back.”

Council members said very little at Tuesday’s meeting. They listened to Monday’s presentation, and then to the residents who asked to speak.

“I’m overtaxed by the city now,” said city resident the Rev. Theodore Crutchfield. “If this goes in, I’m going to be caught in the middle of nowhere. That’s not going to be good at all."

Robert Becker, also a city resident, said he was concerned about gerrymandering, a process where the boundaries of an area are designed to favor one party or class of people.

“After reversion, the City Council would become a town council, but Henry County would control redistricting for the board of supervisors,” said Monday. “They can chop up the city however they wish, but they cannot dilute minority strength. I don’t see how you could carve the city up and not have it impact the African American population. My first call would be to the Justice Department. I’m not going to allow it.”

Ophelia Griggs, a resident with property in both the city and county, asked why the city didn’t pay off its debts with the millions of dollars it has in reserve.

“If the city is not broke, if that’s the case, could the reserve take care of the debt the city has accrued and we bypass reversion?” said Griggs.

“No,” said Monday. "The debt is sort of like a mortgage, it’s structured. We do not pay if off all at once and our creditors require us to maintain a certain percentage in reserve. We don’t have the luxury of printing money on a copy machine or borrowing it from the Chinese.”

One resident, Andrew Palmer, of Collinsville, called on the Henry County Board of Supervisors to “sit down and talk with City Council.”

Martha Woody, a city resident, said she remembered when Martinsville and Henry County combined social services. “It was a challenge, but it’s very functional and works better because it was consolidated. I think the school system could be very much improved. This is challenging — we’re going to be positive.”

Charles Roark, who maintains residences in Martinsville and Henry County, said County Administrator Tim Hall told him he was “waiting to see what to do next.”

“So what’s your offer,” said Roark. “Have you made an attempt?”

Council member Chad Martin said they would "love to sit down and talk to the county." Mayor Kathy Lawson said they've sent letters to each member of the board of supervisors.

Monday likened the comments from residents to preaching to the choir. "It’s fine to come here and tell us we should sit down and talk, call your board of supervisor and tell them that," he said

The Bulletin reached out for comment from members of the Henry County Board of Supervisors. Ridgeway District Supervisor Ryan Zehr was the only one that responded.

Zehr said he saw the Tuesday night presentation on TV. He acknowledge receiving a letter and said "I'm completely open to sitting down with the city, but would like some type of agenda to know which areas pertaining to reversion they would like to discuss.”

He said the board previously asked for an agenda of topics, but never received one.

Hall called Towarnicki a "a true professional" and said he appreciated his "willingness to share the report so quickly."

“Regarding a path forward, it is up to the board of supervisors as to what the county’s path forward will be," Hall said. "County staff takes its direction from the board.”

Martinsville's right to revert could feel wrong to Henry County

Martinsville officials on Tuesday will present to the public their case for considering a change in status from a city to a town, a process ca…