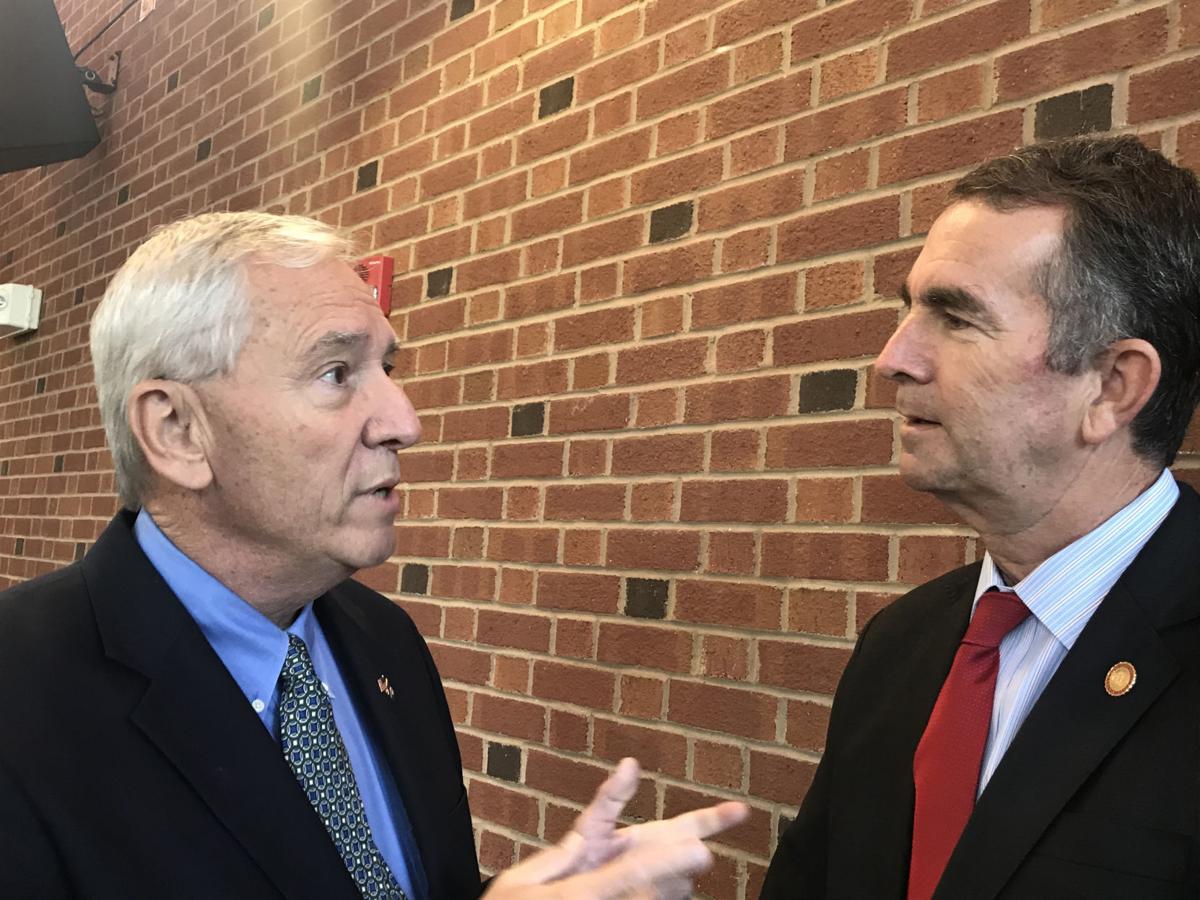 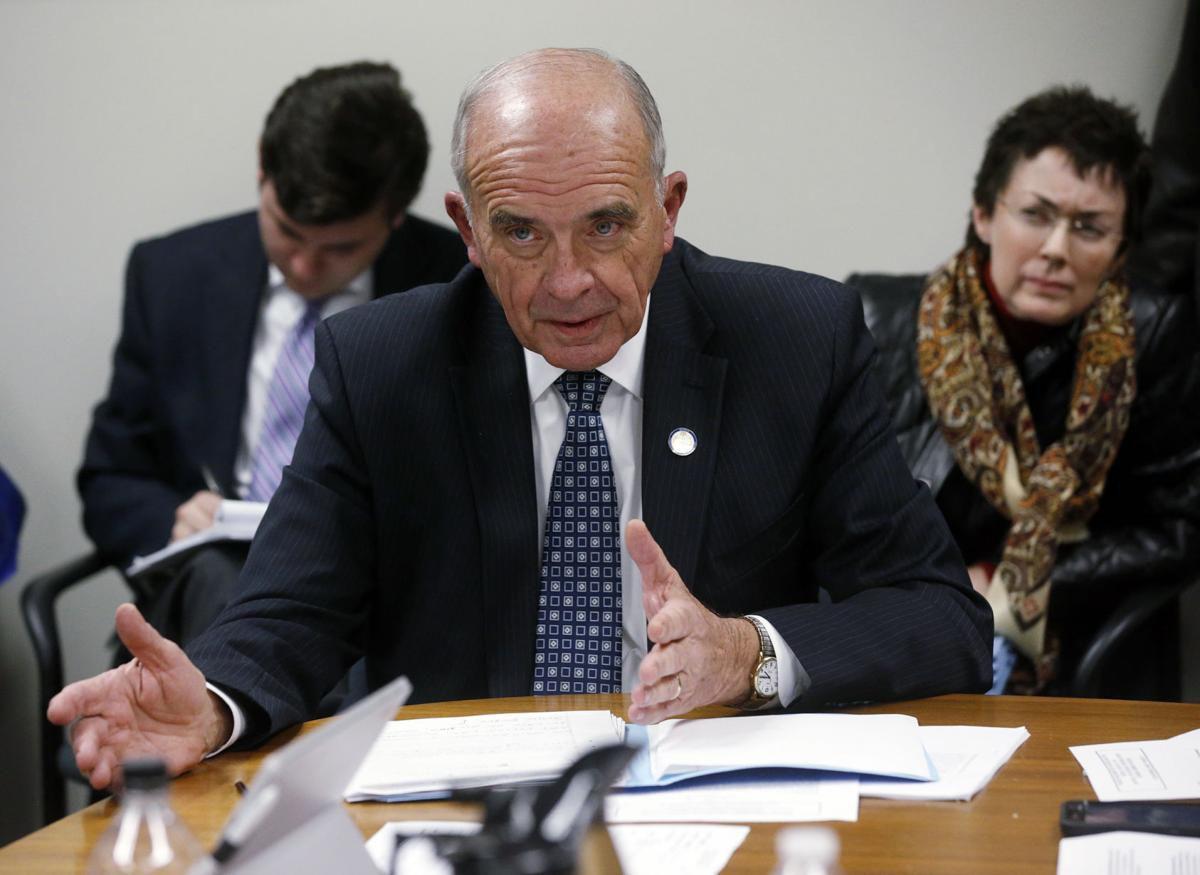 'I’ll continue to operate as in the past and with the same principles.' 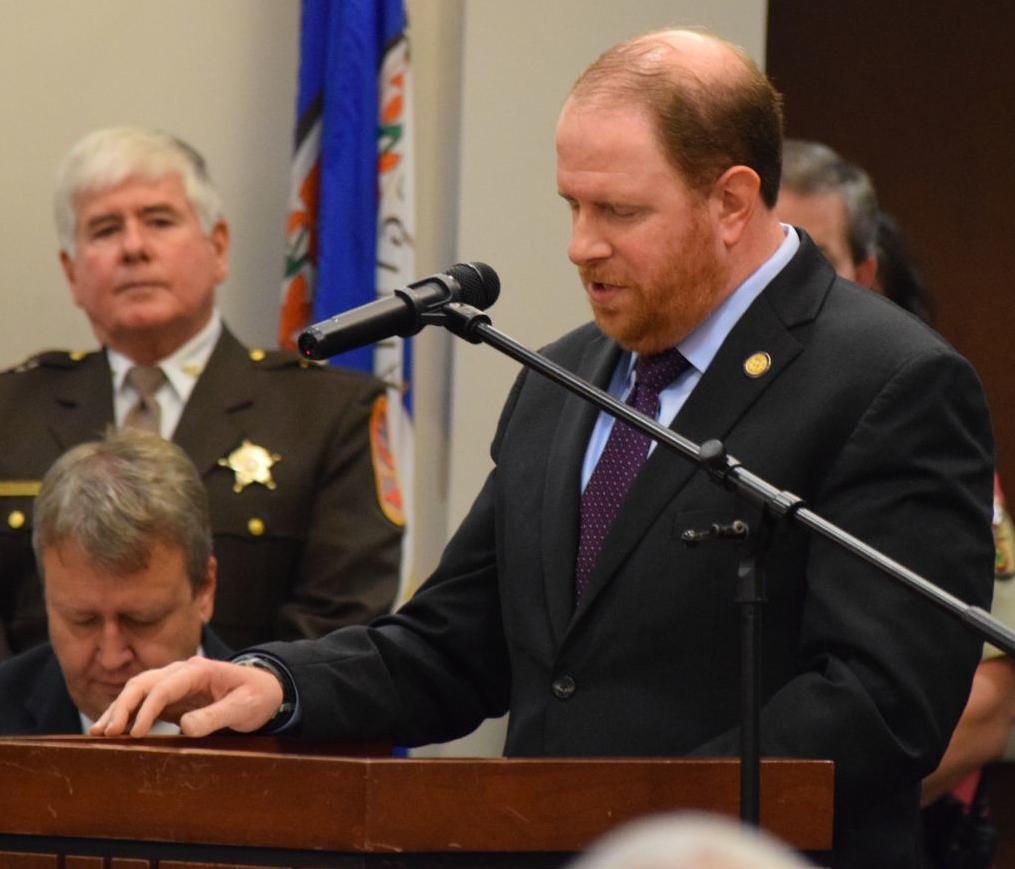 Les Adams: 'Where there are conflicts, we will make our case.'

'I’ll continue to operate as in the past and with the same principles.'

Les Adams: 'Where there are conflicts, we will make our case.'

The Democrats will be in full control of Virginia’s state legislature for the first time in 26 years when the new session begins in January. No one in the re-elected delegation of Republicans serving Martinsville, Danville, Henry County, Patrick County and Franklin counties has experienced anything like it.

Del. Danny Marshall of the 14th District in the Virginia House said he remembers the frustration of Republican Charles Hawkins of Danville, who represented the 13th and 21st Districts during the time Democrat A.L. Philpott of Bassett was the speaker of the House.

“[When the committee assignments were made] Mr. Hawkins said to Mr. Philpott, ‘I noticed you didn’t call my name,” Marshall said.

“Mr. Philpott said, ‘You just go back to your office and sit, and we’ll call you when we need you.’

“I hope it isn’t going to be like that. When the Republicans took over, we proportioned the sections by the same percentage [of Democrats and Republicans], same on the committees. We always did that. Hopefully the Democrats will do the same.”

Those concerns emerged following Tuesday’s election, when Democrats took a 55-45 advantage in the House and gained two seats in the Senate, giving them a 1-seat edge. Plus Gov. Ralph Northam is a Democrat.

Here’s what Northam had to say:

“Tonight, the ground has shifted in Virginia government. The voters have spoken, and they have elected landmark Democratic majorities in both the Senate and the House of Delegates.”

People in Southside Virginia should know “the [state] budget will be in the house of Northern Virginia representatives,” 9th District Del. Charles Poindexter said.

“It remains to be seen. You can anticipate the likelihood will be north” referring to the proliferation of Democrats representing the northern part of Virginia.

There likely will be bills related to “abortion, raising taxes, restrictions on businesses, raising the minimum wage, refiling the new green deal legislation and lack of support for law enforcement,” Poindexter said.

Les Adams, who represents the 16th District in the House: [I hope] we can reach a consensus, but for the things that are important, where there are conflicts, we will make our case ... the unborn, Second Amendment rights.”

Marshall has the most seniority among the three Delegates, having served since 2002 in a district that includes the city of Danville and parts of Henry and Pittsylvania counties.

Poindexter has been a member of the House since 2008 and represents the 9th District, which includes parts of Henry, Franklin and Patrick counties.

Adams is the newest member of the Southside trio, serving in the House since 2014 and representing the 16th District, which includes the city of Martinsville and parts of Henry and Pittsylvania counties.

The shift in control will not only have a swift and immediate effect on legislation in the upcoming session but will also allow the Democrats to put the squeeze on the political careers of those Southside Republicans. Redistricting will follow the 2020 census, and both parties historically have changed the boundary lines to keep the majority party in office while making it more difficult for the minority party to win.

In his election night speech, Gov. Northam spoke of investing in clean energy and new gun control measures for the commonwealth.

“None of the proposals would solve the issues that are out there today,” said Poindexter speaking of the gun control measures touted by Democrats. “Many of them are not even constitutional.”

Said Marshall: “Certainly, the priorities will change [in Richmond]. Priorities they have talked about on the campaign trail, in the news media – since the election. I think it will change the gun issues. I’ll have to see what they are ... you learn pretty quickly that you don’t vote on rhetoric.”

Northam called a special session on gun control in July after 12 people were killed in a mass shooting in Virginia Beach in May. The Republican majority adjourned the special session without a vote and instead formed a state crime commission to review the matter.

“[From] my perspective, it’s always most important that we represent the people of the district and that whoever is elected promotes their interests and concerns regardless of which party is in power,” Adams said.

“A lot of that will depend on what type of posture the new leadership will take. I’ve been effective in my term in office working across the aisle where a consensus can be met and [I expect that] to continue to happen.

“I don’t think it’s a question of priorities changing but achieving what you can [particularly] with jobs and economics.

“It’s an ongoing concern – with the explosion of population and growth in Northern Virginia and considering the difference in political viewpoints. It’s a challenge for Southside. We’re outnumbered, and it has been happening for some time now. We should all be concerned.”

‘Elected to serve ALL’

Poindexter said economic development and education will be his top priorities. “I’ll continue to operate as in the past and with the same principles.”

Marshall said he already has a history of bipartisanship.

“Looks at the bills I’ve put in ... about making the hemp industry legal in Virginia ... that’s a non-partisan bill ... it helps farmers all-across Virginia, and we got Democrats to vote for that bill,” he said.

“Another bill makes it easier for electric utilities to be brought in, and that helps industries at Berry Hill [Business Park in Pittsylvania County] and Commonwealth Crossing [business center in Henry County]. … It was voted in on the House floor and in the Senate – bipartisan.

“These bills are about bringing prosperity to our part of the state. Hopefully they [Democrats] will see that.”

Republican House Speaker Kirk Cox said after successfully defending his seat: “[Republicans will] speak out against overreaching policies when we must, and always seek to guard the best interests of the people of the Commonwealth of Virginia.”

“I have a little sign on my desk,” Marshall said. “It says, ‘I was elected to serve ALL the citizens of the 14th District,’ and that’s what I do ... what is best for our part of the commonwealth ... and that’s not changing.”