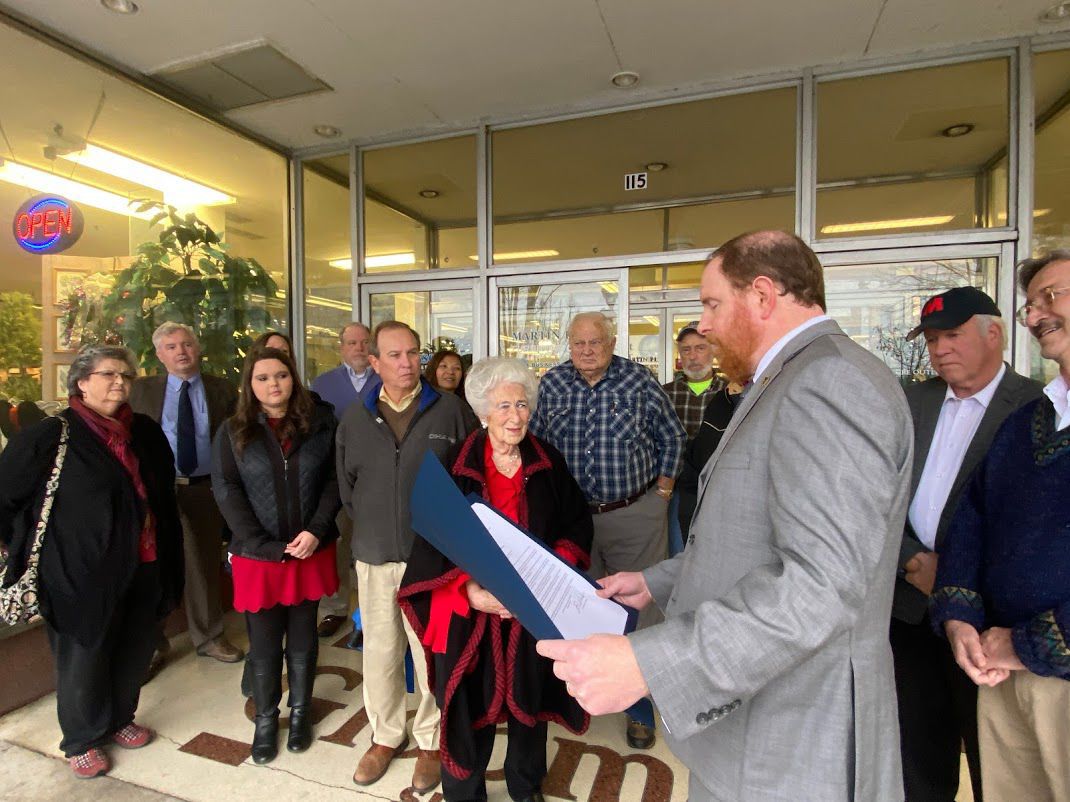 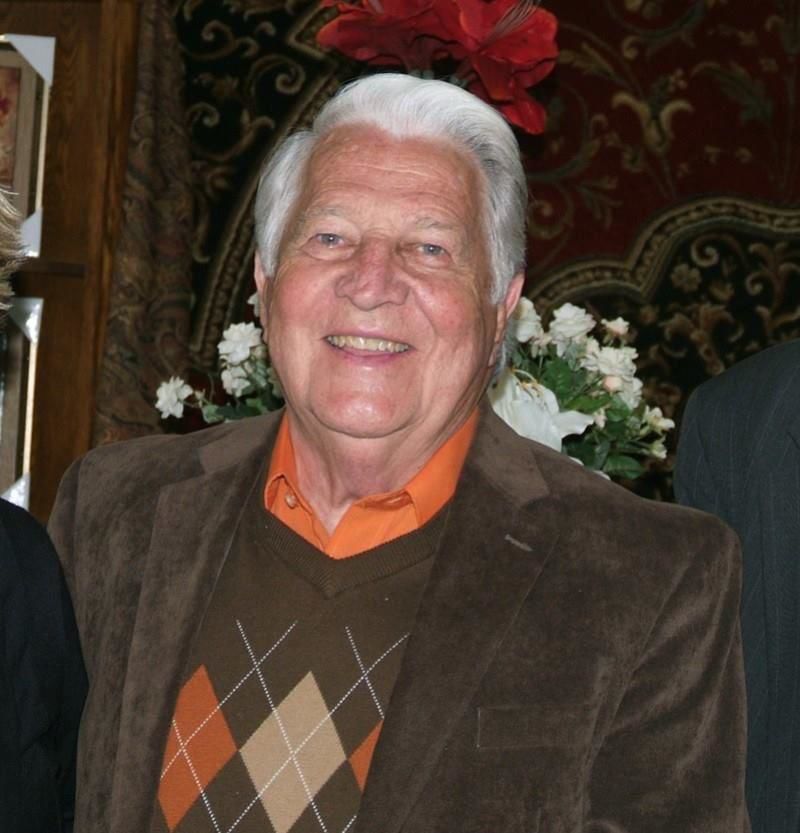 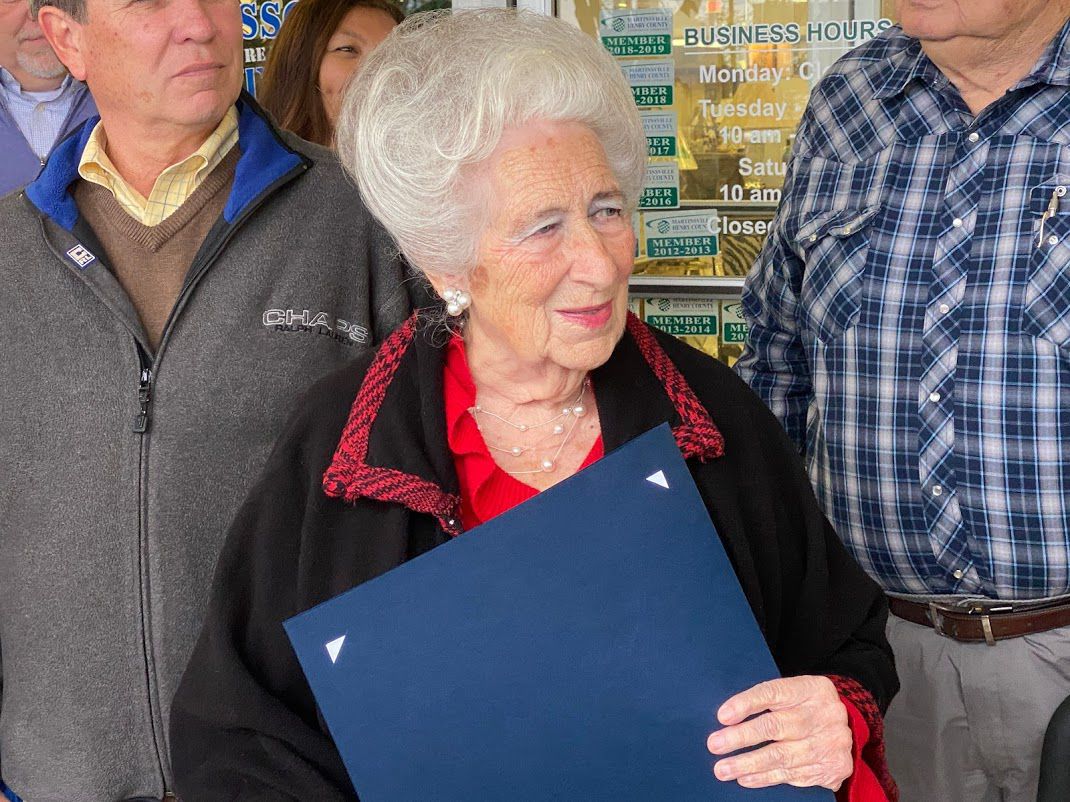 Lowanda Martin clutches a copy of the resolution. 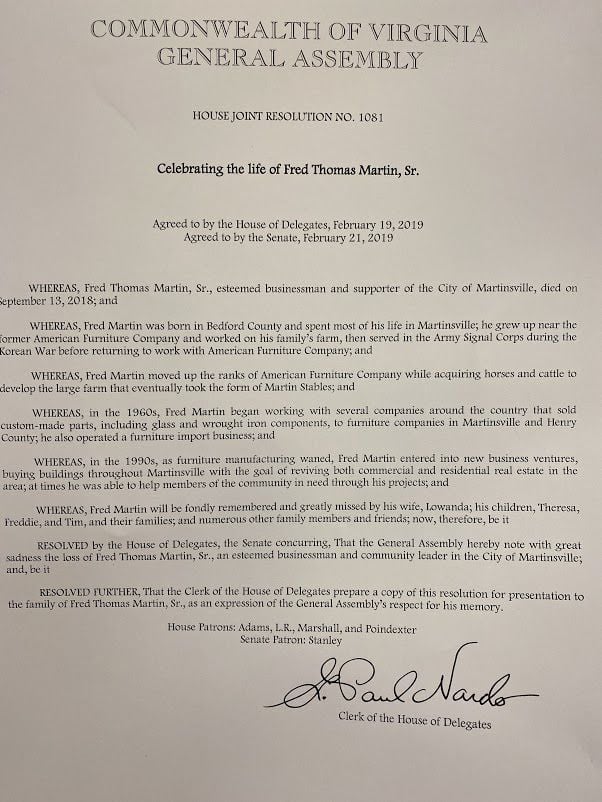 The resolution in Martin's honor adopted by the General Assembly.

Lowanda Martin clutches a copy of the resolution.

The resolution in Martin's honor adopted by the General Assembly.

Fred Thomas Martin Sr. passed away in September 2018, but on a cold and rainy Tuesday in front of the old Globman building, now the Martin Plaza in uptown Martinsville, state Del. Les Adams (R-Chatham) and other dignitaries presented to Martin’s family a state resolution honoring a man who dedicated his life to his city and Henry County.

“I remember when I first got married, and we bought our furniture here,” Adams said of the storefront where they stood. “It is an honor today to remember Mr. Fred Martin. The General Assembly hereby notes with great sadness the loss of Fred Thomas Martin Sr., an esteemed businessman and community leader in the city of Martinsville.”

Martin was born in Bedford County in 1932, and his family moved to Martinsville when he was young. His father raised cattle and horses by day and stood as a night watchman for American Furniture when the sun went down.

After serving in the Army Signal Corp during the Korean War, Fred Martin came back to Martinsville and became a successful businessman with horses and furniture, a combination he had mastered while growing up on the farm and working at American Furniture. And it led to his owning many parcels in uptown Martinsville and around Henry County.

His first adventure was Martin Stables on Mountain Mist Drive in 1962. He also sold furniture and furniture components for 40 years until furniture manufacturing in the area died.

In 1993 he began acquiring property in uptown Martinsville. His first purchase was the old Sydney’s building at 132 East Church St., then the old Grand Piano building, followed by the landmark Globman building on Church Street. He then added many of the buildings and parking lots on Church Street and Main Street.

He also bought the Pannill Knitting plant on Cleveland Avenue and 25 acres of the old American Furniture plant, where he and his father had worked. He also acquired many properties in Henry County, buying vacant property and renting it to whomever would reopen it and try to make a go of it.

Tim Martin, Fred’s son and property manager for Fred Martin and Associates, went back inside the Martin Plaza on Church Street after Adams and the contingent of dignitaries had left.

“I wished he [Fred Martin] could’ve been here to see this,” Tim Martin said. “He put his money where his mouth was, and he loved Martinsville. I miss him everyday.”