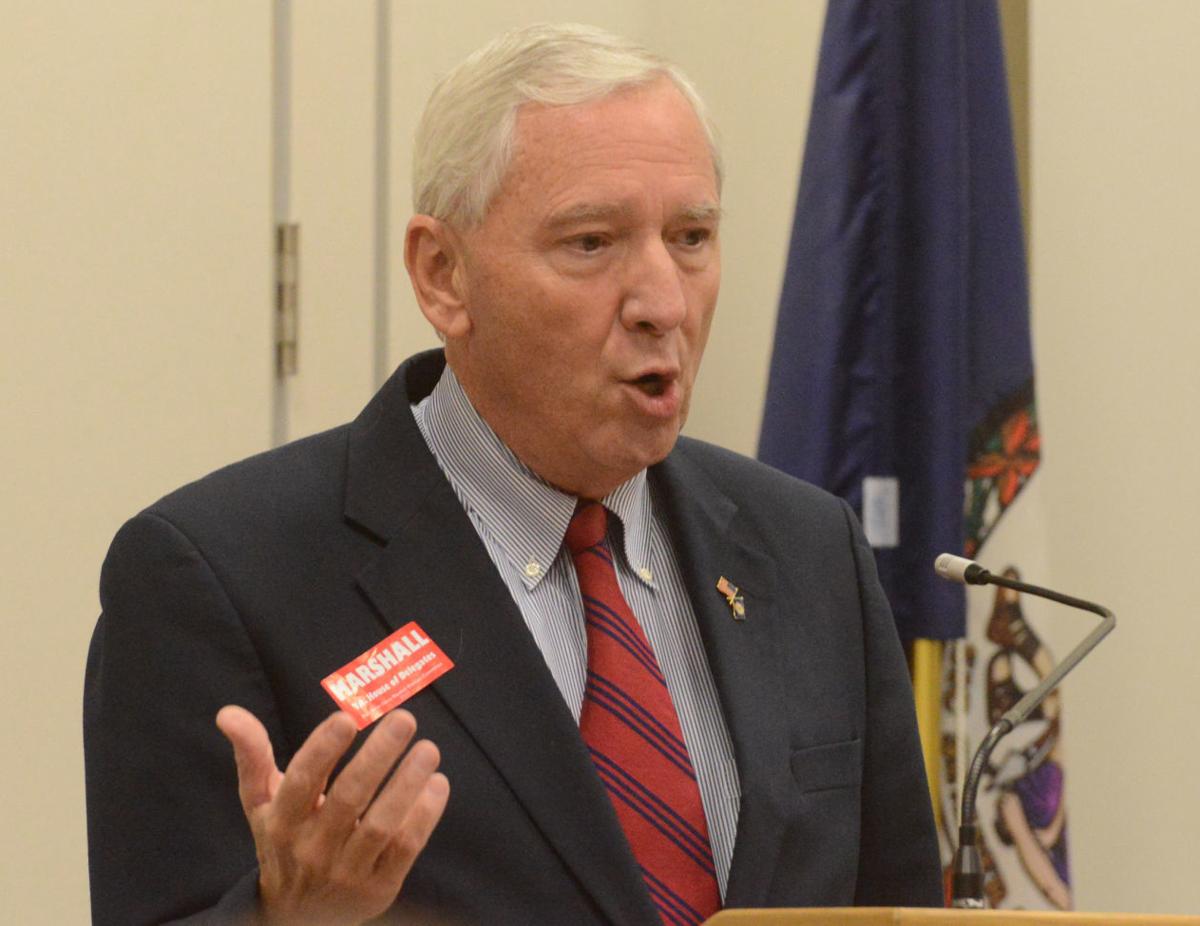 State lawmakers will consider whether to give Henry County and Martinsville residents the opportunity to vote on reversion during the 2020 legislative session.

Del. Danny Marshall (R-Danville) has introduced three bills in the General Assembly concerning Martinsville’s ability to surrender its city charter and become a town within the county. Martinsville City Council voted unanimously in December to start the reversion process to address what officials say is an unsustainable financial situation.

Marshall, who represents part of Henry County, said he sponsored the legislation in an effort to make the reversion issue more fair to all involved. As the law currently stands, the city controls most of the process, and the county has little to no choice in the matter. The Henry County Board of Supervisors submitted a legislative agenda to local representatives, including Marshall, in October asking for county voters to be given a choice.

“This is a big issue,” Marshall said. “If Martinsville says we want to revert, there could be additional cost to Henry County, and who’s going to pick that up? Henry County residents. A contract needs to be between agreeing parties.”

As for city voters, he added, “The citizens of Martinsville should be able to decide whether or not to revert.”

Marshall introduced similar bills to give citizens a reversion vote in 2006 and 2014. The 2006 proposal died in committee, while the 2014 bill changed significantly from start to finish, eliminating any mention of Henry County voters taking part in the reversion process. The final version of the 2014 bill as approved stated “that any reversion initiated by the Martinsville City Council shall require that each elected member of the city council vote, unless otherwise prohibited by law, on the motion to initiate the reversion process.”

Reversion is not a new issue for Martinsville. City leaders have explored the idea several times over the decades, but this is the first time the city council has voted to move forward.

Marshall’s third reversion bill, HB 494, does not appear to affect Martinsville specifically. It would increase the required vote of a city council initiating a city reversion process from a simple majority to a three-fourths vote of all the members.

Sales tax for schoolsAlso in response to Henry County’s legislative wish list, Marshall has filed HB 486, which would give the county government and citizens permission to vote on an additional 1% sales tax to fund school construction and renovations. The bill would apply to Henry County, Pittsylvania County and Danville.

The sales tax bill has been referred to the House Finance Committee, which meets Monday morning. If the measure passes, the Henry County Board of Supervisors could vote to hold a referendum on the sales tax increase, which would then have to be approved by voters.

The advantage of a sales tax is that it capitalizes on visitors who drive through the area and spend money, Marshall said.

Other legislationSo far, Marshall has filed 17 bills in the current General Assembly session that began this past Wednesday. Several have to do with regulations on industrial hemp, which proponents hope will be a new cash crop for Southside Virginia farmers.

After the 2018 federal Farm Bill lifted restrictions on growing hemp, Marshall sponsored emergency legislation to allow Virginia farmers to grow it in the 2019 season. Hemp fiber is used in textiles, rope and paper, and cannabidiol (CBD) oil can be harvested for use in food and medicinal supplements. The plant has been tightly controlled in the past because it is a member of the cannabis family, which also includes marijuana.

However, hemp does not have the psychoactive qualities found in the drug. By law, hemp must contain less than 0.3% tetrahydrocannabinol (THC), the compound that causes the “high” of marijuana.

“It’s rope, not dope,” Marshall said. “Hemp is not marijuana. People get those confused all the time.”

In his proposed legislation, he said, “We’re trying to clarify some of the lessons that we learned from the growing season in 2019.”

Marshall and U.S. Rep. Denver Riggleman (R-Charlottesville), whose district includes an eastern sliver of Henry County, met in Danville with hemp growers and processors to talk about barriers to production earlier in the fall. On the federal side, Riggleman was able to get Virginia farmers included in a pilot program allowing crop insurance for hemp for the first time.

“Before that, farmers were out there on their own,” Marshall said.

Cost continues to be an issue. Farmers invest between $10,000 and $15,000 per acre of hemp, Marshall said, so they want to make sure the testing process for THC is accurate. When the crop is tested in the field, a THC reading above 0.3% means “the state government could burn that field down. If someone spent $10,000 an acre,” that means a huge loss for the farmer, he said.

HB 943 would require regulators to test industrial hemp samples in the processing plant after harvest, instead of in the field, to ensure consistency.

Another proposal, HB 942, would ensure any new federal laws pertaining to hemp are automatically adopted in Virginia without waiting for the next General Assembly session.

“We’re only in session January and February. We don’t want to hinder our farmers,” he said, explaining that a delay in enacting new Virginia laws could mean farmers miss out on the entire growing season for that year.

Last week, the Virginia Tobacco Commission, of which Marshall is a member, approved a $250,000 grant to the Halifax County Industrial Development Authority for a new hemp processing plant. “Those jobs will stay here, rather than going to North Carolina,” Marshall said.

Democrats in controlAs a Republican, Marshall now finds himself and other Southside legislators in the minority, as the Democrats control both houses of the General Assembly and the governorship. In response to proposed gun control legislation, Henry County and Martinsville have joined many other rural localities across Virginia in declaring themselves “Second Amendment Sanctuaries.”

“The Second Amendment is a big issue, and I get a lot of calls and emails about that,” Marshall said. “They are worried about the government taking their rights away. On our side of the aisle, we want their voices to be heard.”

Pro-gun rallies are planned this month in Richmond, he said. One next Monday is being organized by the Virginia Citizens Defense League, and buses are planned from Danville and possibly Henry County as well.

“People from all over will converge on Richmond for their voices to be heard,” Marshall said.

The other major issue for this legislative session will be passing the biennial budget, Marshall said. Gov. Northam proposed his spending plan in December, and it must go through the House of Delegates and Senate appropriations committees before going to a vote. Marshall said in the past, he has not served on this committee, so for now he is “taking a wait-and-see approach.”