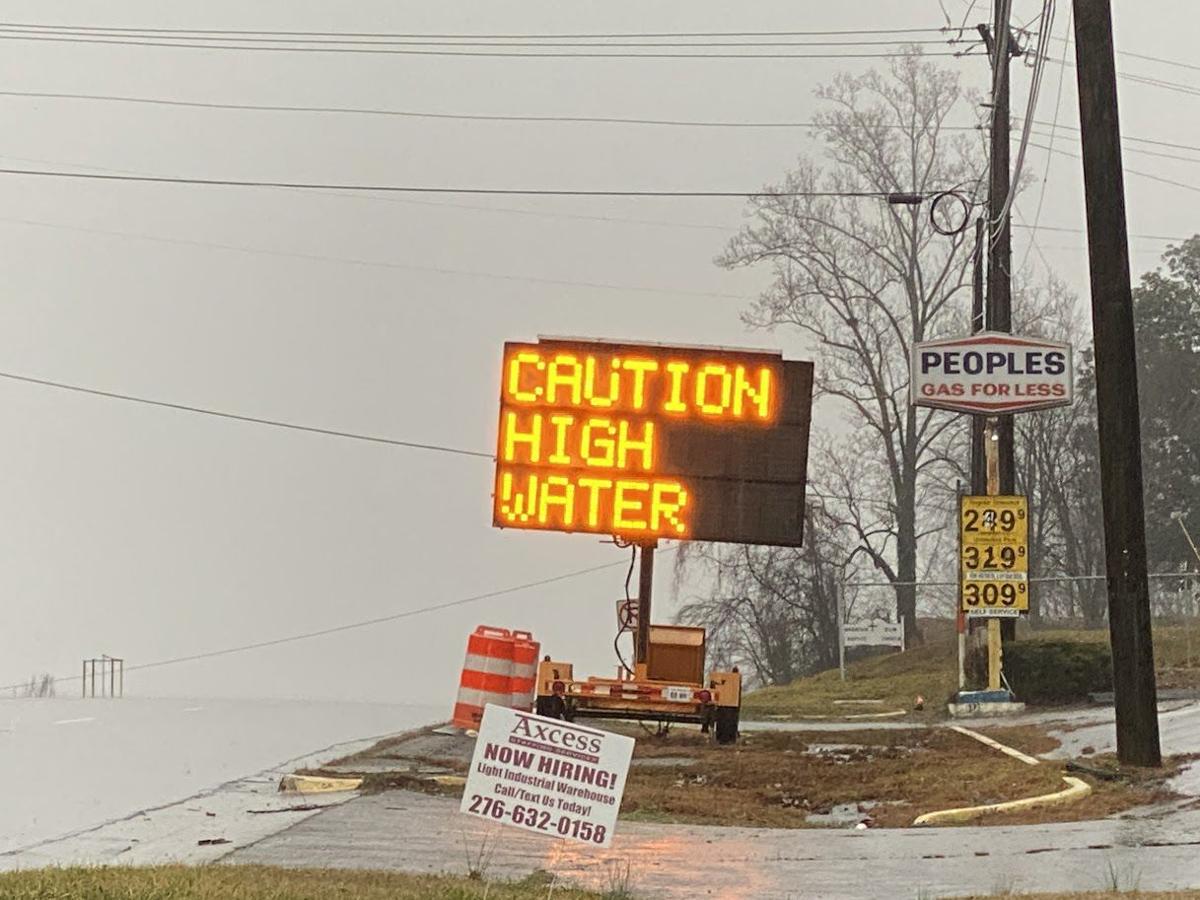 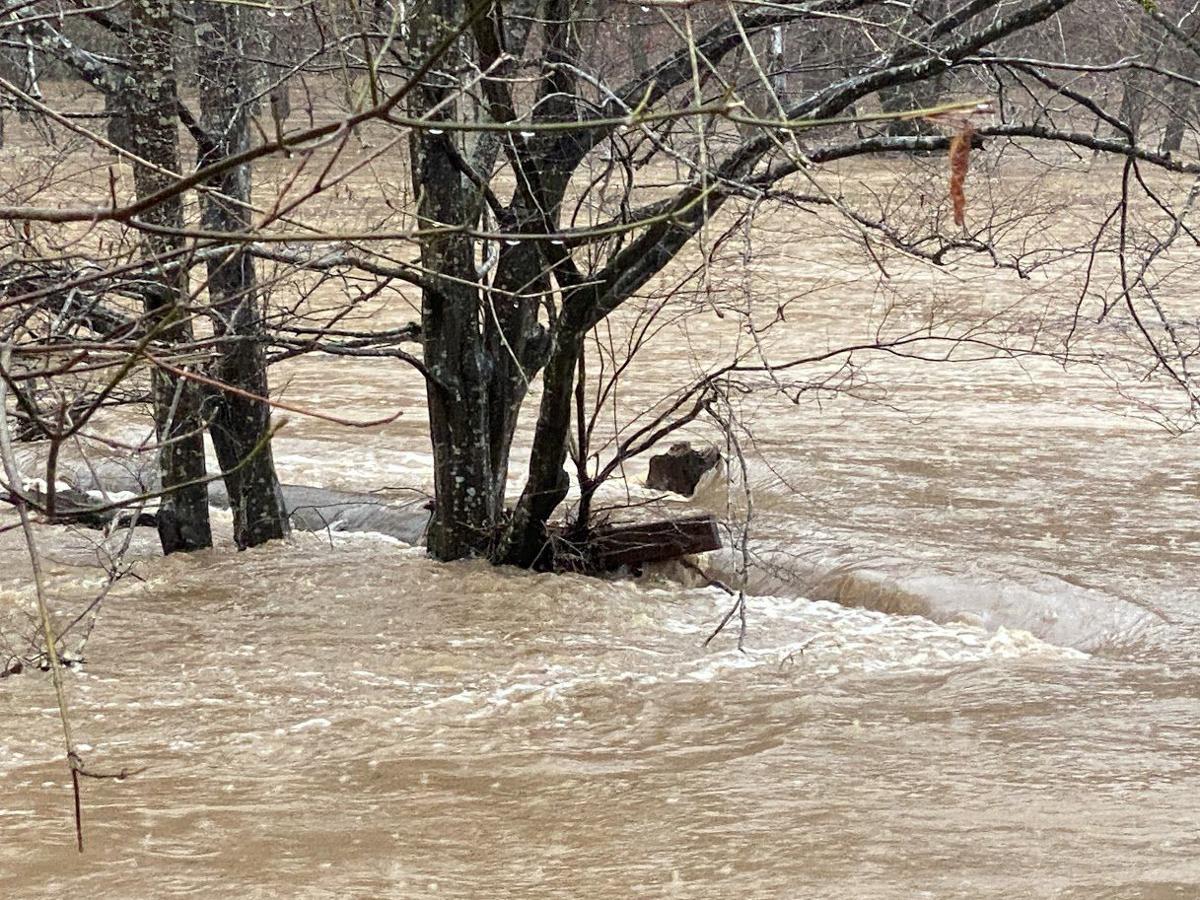 Heavy flooding of the Smith River at Appalachian Drive. 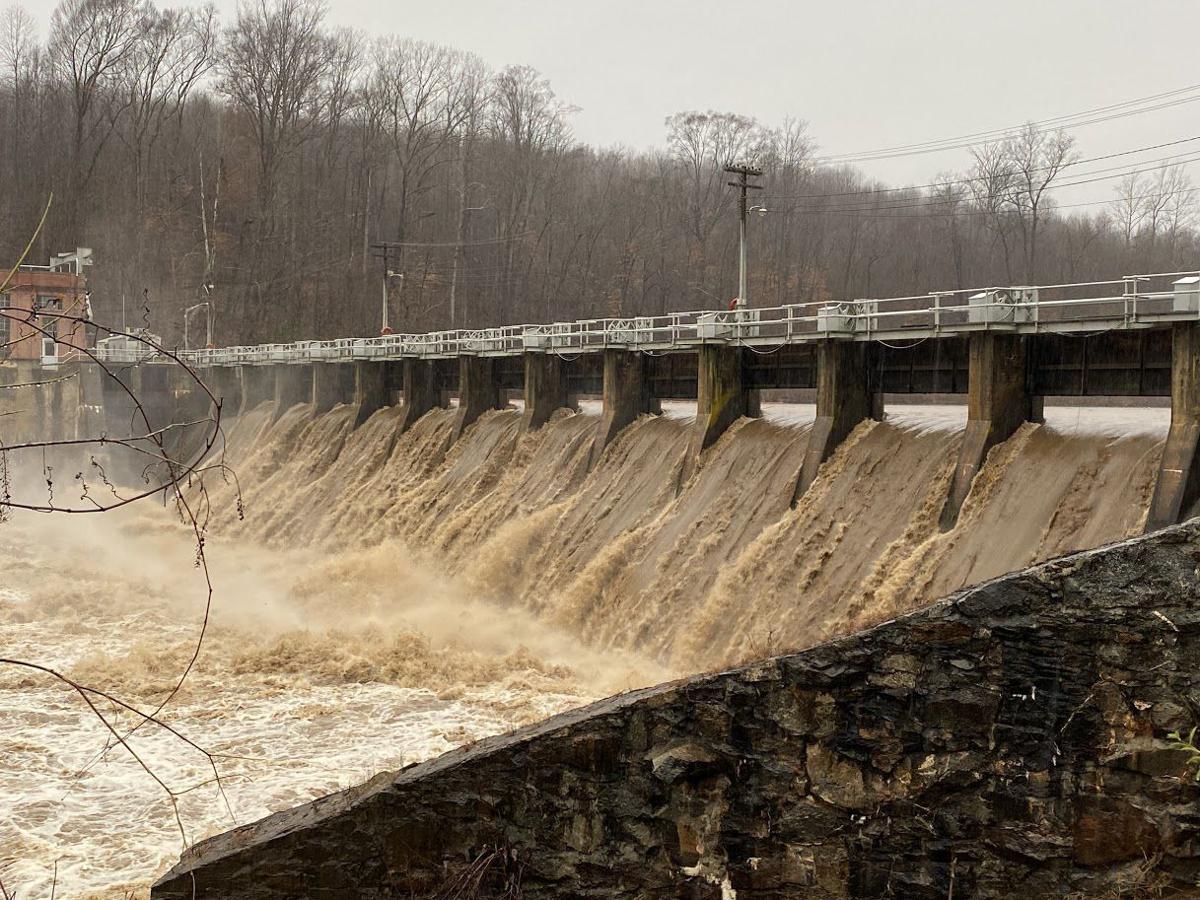 Water powers through the Smith River Bridge on U.S. 220 Business south of Martinsville. 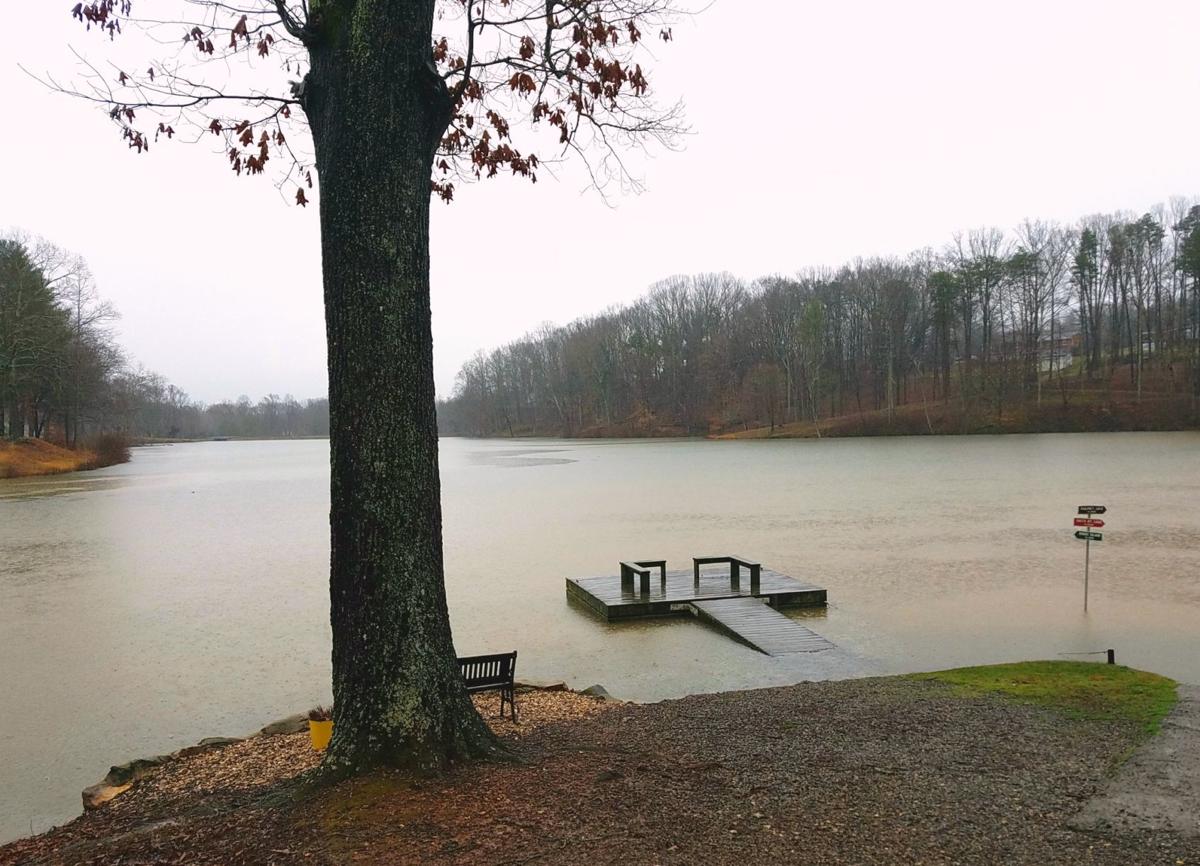 Rising water in Lake Lanier in Martinsville submerges a dock. 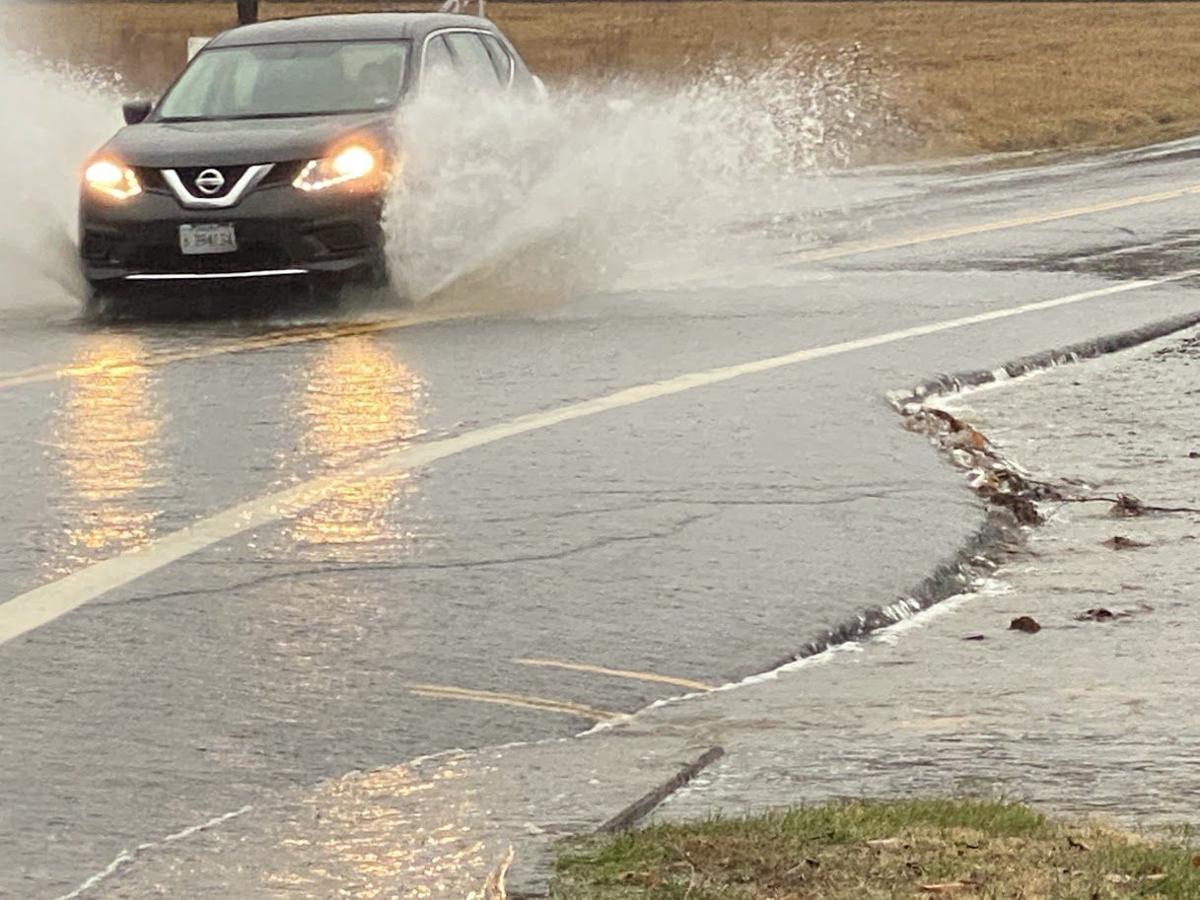 Roadway flooding on U.S. 57 in Fieldale. 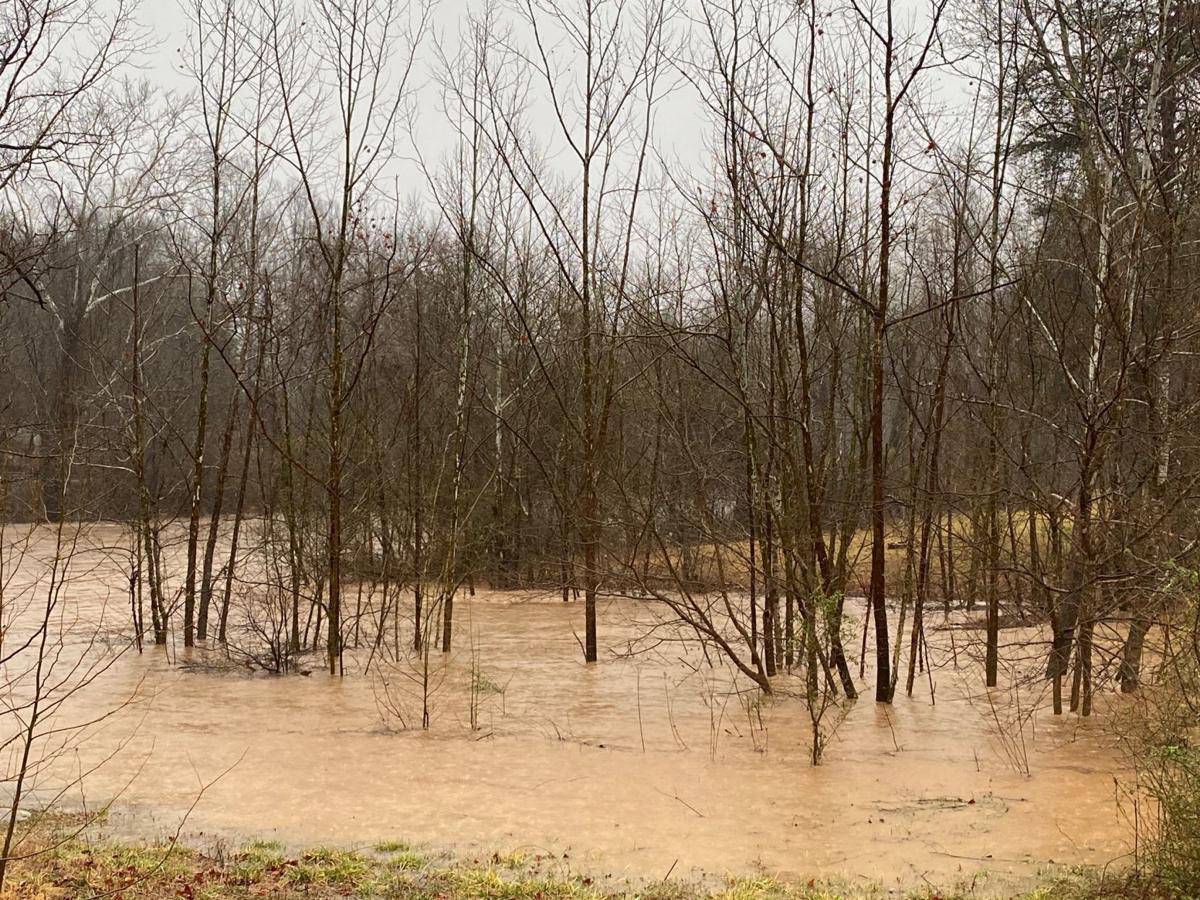 Water backed up from the Smith River into creeks and ditches near Field Avenue in Fieldale.

Heavy flooding of the Smith River at Appalachian Drive.

Water powers through the Smith River Bridge on U.S. 220 Business south of Martinsville.

Rising water in Lake Lanier in Martinsville submerges a dock.

Roadway flooding on U.S. 57 in Fieldale.

Water backed up from the Smith River into creeks and ditches near Field Avenue in Fieldale.

Schools continued to be the primary disruption caused by the surge of heavy rains and tornadic winds that did so much damage east of Martinsville and across North Carolina on Thursday.

Students were dismissed from classes in Henry County and Martinsville today along with Patrick Henry Community College. All had released early on Thursday, and Patrick County dismissed schools for the day based on forecasts of possible tornadoes and local flooding.

Lingering closed roads from rising water and fallen trees were the cause for today's cancellations.

And there was plenty of localized flooding from overflowing ditches and lakes and standing water in roads — some roads were closed into the evening — but there were no reports of significant damage, such as the landslide that occurred in Danville and tornado warnings, downed trees and heavy flooding that were prevalent across the state line.

A flash flood warning expired at 5:45 p.m. Thursday, but a flood watch continued into this morning, according to the National Weather Service in Blacksburg.

Martinsville Emergency Management Coordinator and Safety Office John Turner monitored weather conditions in the city of Martinsville throughout the day Thursday and reported the day to be relatively uneventful within the city limits.

“It looks like the worst of it has past and missed us to the east,” Martinsville Fire Marshal and Fire Chief Ted Anderson said. “We a keeping a close eye on things, but so far we haven’t had any problems.”

All roads in the city of Martinsville were reported open as of 5 p.m. Thursday.

Three roads in Henry County were closed because of flooding:

Rain in the area should end early Friday morning, but west winds 10 to 15 mph, with gusts as high as 29 mph are forecast. With the ground already saturated, the possibility of trees toppling over becomes a concern.

“In the city with our electric department, outages are measured in hours, not days,” Anderson said. “Still, we urge everyone to be prepared.”

Heavy rains inundate Martinsville area but don't do much damage