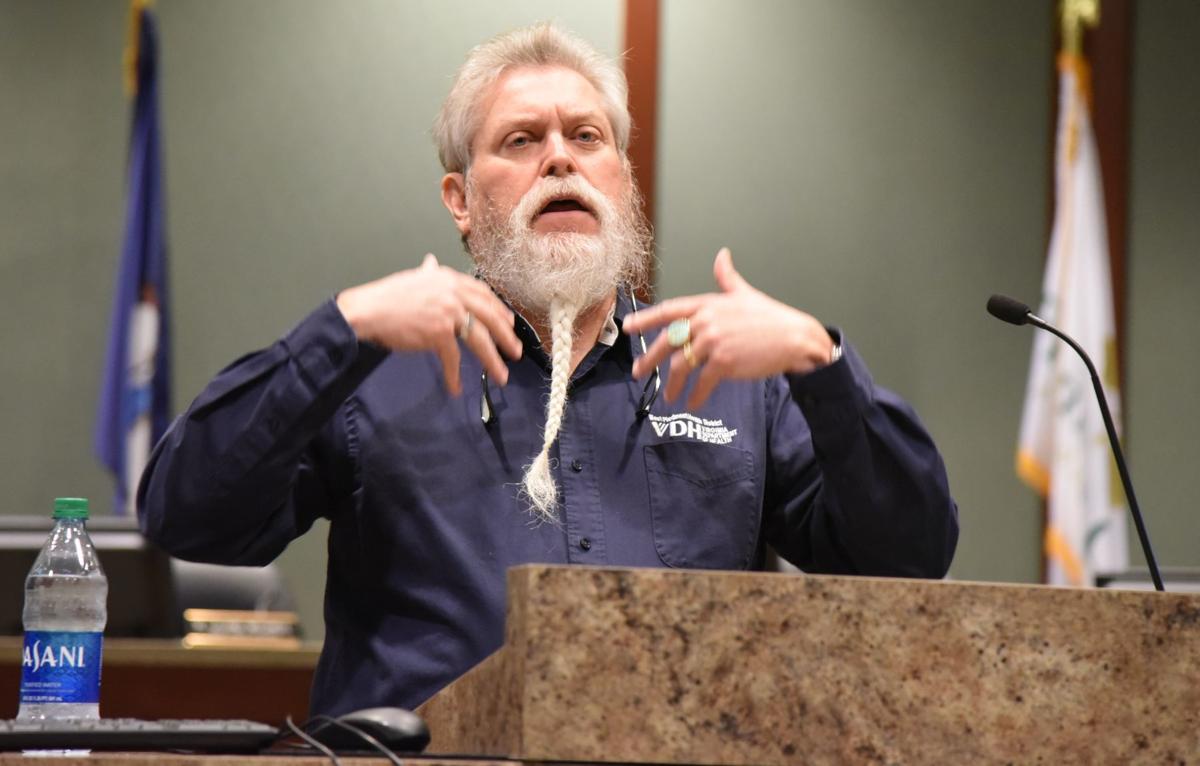 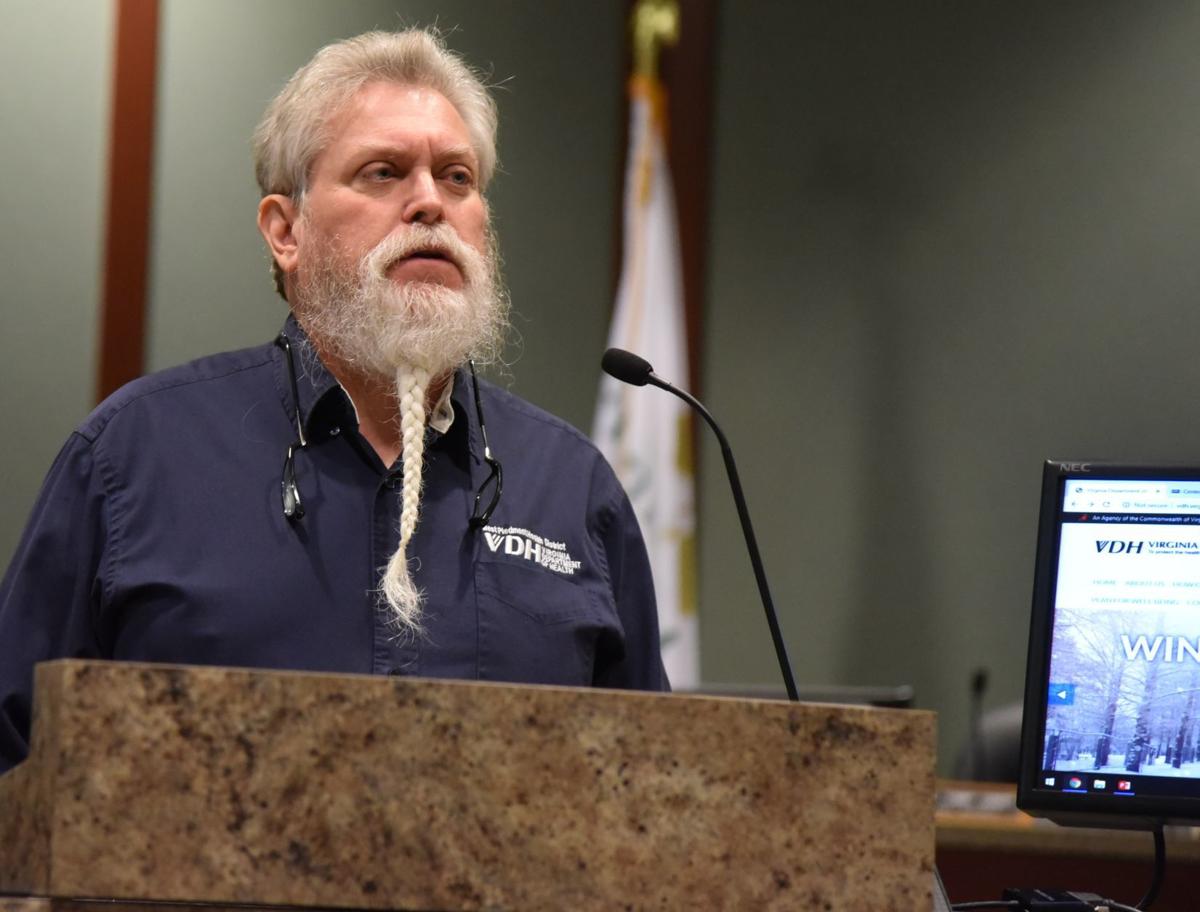 ROCKY MOUNT — The World Health Organization has declared COVID-19 a pandemic, but in Southern Virginia it’s business as usual — mostly — with the idea that more aggressive action could be needed soon.

Officials from the Virginia Department of Health hosted a briefing at Franklin County Government Center on Wednesday morning to provide a better understanding of COVID-19, commonly called the coronavirus, to a group that included the West Piedmont Health District.

There are nine presumptive cases in the commonwealth, but none in Southwest Virginia. Dr. Sharon Ortiz-Garcia, an epidemiologist for VDH, explained that presumptive positive cases are treated as if they are confirmed cases but have not necessarily received test results from the Centers for Disease Control and Prevention.

“If we have a presumptive case, we are going to treat it as if it was final confirmation; we are not going to wait on the CDC,” Ortiz-Garcia said. “We are going to basically implement our response in terms of contact tracing and isolating the case and recommending quarantine to any close contacts as if it was a confirmed case.”

Dr. Kerry Gateley, health director for the West Piedmont Health District of VDH, which includes Franklin, Henry and Patrick counties, said the area will “probably” see the illness pop up soon in the area.

Ortiz-Garcia said there are three people in the West Piedmont District who have self-quarantined, not because they are ill at this time but because they traveled from a country with a Level 3 travel notice. She confirmed they did not travel from China or Iran.

Gateley said that now is the time to plan for contingencies and to evaluate gatherings. For government bodies or businesses, he said to gauge by asking questions such as, “Do we really need to have that meeting?” or “Is it necessary?”

He said his opinion is that shutting things down now is the answer but the timing is difficult.

“On the one hand, from my standpoint that is a ‘yeah, let’s [shut down] now,’” Gateley said. “In other areas, let’s shut down the schools and send everybody home from the colleges now, the problem is that is a tremendous decision —tremendous social and economic impact.

“It’s the idea of trying to figure out when are things at the place where we need to do these very dramatic life-changing activities. I am tending to be cautious not wanting to go around yelling wolf and disrupting everybody’s lives.”

He added that because little is known at this point about the virus, no one knows if, as spring and summer months approach, will seasonal changes impact the virus? Will it drop off and possibly ramp up again during the general flu season or will it continue?

Not having those answers makes the decision to shut down even more difficult.

“If we have a summer effect, and the cases all dropped off then here I am messed up everybody’s life for no purpose,” Gateley said. “On the other hand if I wait too late … then you’re closing schools because of absenteeism, then the cat’s out of the bag there.”

He added the virus is rising and not slowing down currently.

Gateley said surgical masks are not as helpful as people think because masks need to be fit-tested and the gaps in fit act as an air tunnel.

“If you are thinking you are going to try prevent the spread of disease by wearing masks alone, unfortunately a particle coughed [out] hits a surface, and we’re starting to see information from China, that it can survive for a while on that surface,” Gateley said.

When asked to define “a while” Gateley said three to four days.

“I know that doesn’t sound powerful, but you can talk to any infection control practitioner in any hospital anywhere and ask them about the effectiveness of washing hands and how readily diseases can spread,” he said. “But actually it’s very important.”

Gateley noted there is a difference between quarantine and isolation. He explained that quarantine is for those who may have had exposure to stay away from others for a period of 14 days, whereas isolation is for infected individuals who are being kept from others and alerting health care workers to take special precautions.

Gateley said it is a good idea to restrict gatherings, but he noted that the virus is spreading. He said word leaked out that Italy was considering quarantine, and people scattered, rendering the quarantine ineffective. He called “dramatic efforts” to contain the virus “logistical nightmares.”

“These big bold measures are difficult to do, very difficult to maintain, logistical nightmares and depending upon the size of your population and a whole lot of other factors, ultimately are probably not going to be possible to impose,” Gateley said.

He added he “didn’t know what the mayor of New York City was going to do with the National Guard.”

Instead, Gateley said it is up to individuals to take care of themselves and, in doing so, taking care of their neighbors.

“If they think there is a reasonable exposure and need to self-quarantine (with the help of VDH), we’re happy to help,” Gateley said. “If everybody will think in that regard we have a pretty good chance of slowing this virus down.”

Brianna Barker is the editor of the Franklin News Post. You can reach her at brianna.barker@thefranklinnewspost.com.

Brianna Barker is the editor of the Franklin News Post, a BH Media newspaper. You can reach her at brianna.barker@thefranklinnewspost.com.

City Manager Leon Towarnicki said he would not be surprised if the coronavirus made its way to Martinsville.

“It’s obvious the cases are showing up everywhere,” Towarnicki said. “We are getting calls from the public.

“Everyone here is washing their hands, keeping an appropriate social distance and I’ve encouraged the staff - if they don’t feel good to think about staying home."

Towarnicki said his staff had discussed emergency plans should an outbreak occur and City Hall had to be shut down. “Consideration has been given how to operate with a skeleton crew," he said.

“Police, fire and EMS are at a higher level of exposure. Our EMS folks are on top of this - they are in touch with state officials and monitoring the situation."

The health department and emergency planners in the region will take part in meetings Wednesday on how to handle COVID-19, commonly called cor…