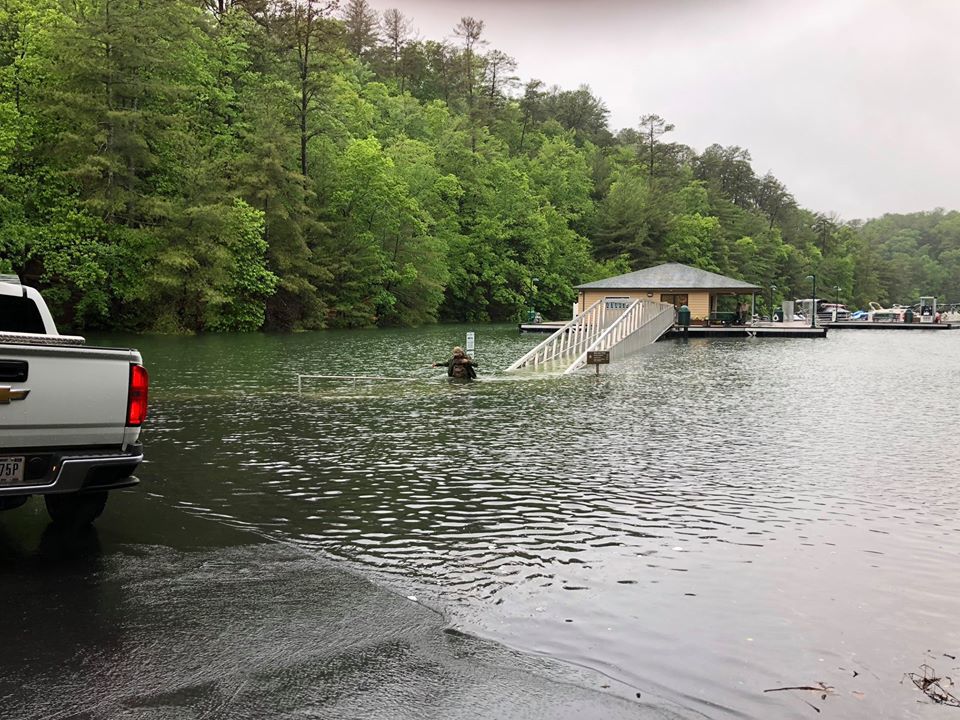 The walkway to the Philpott Marina was submerged under rising waters Thursday morning. 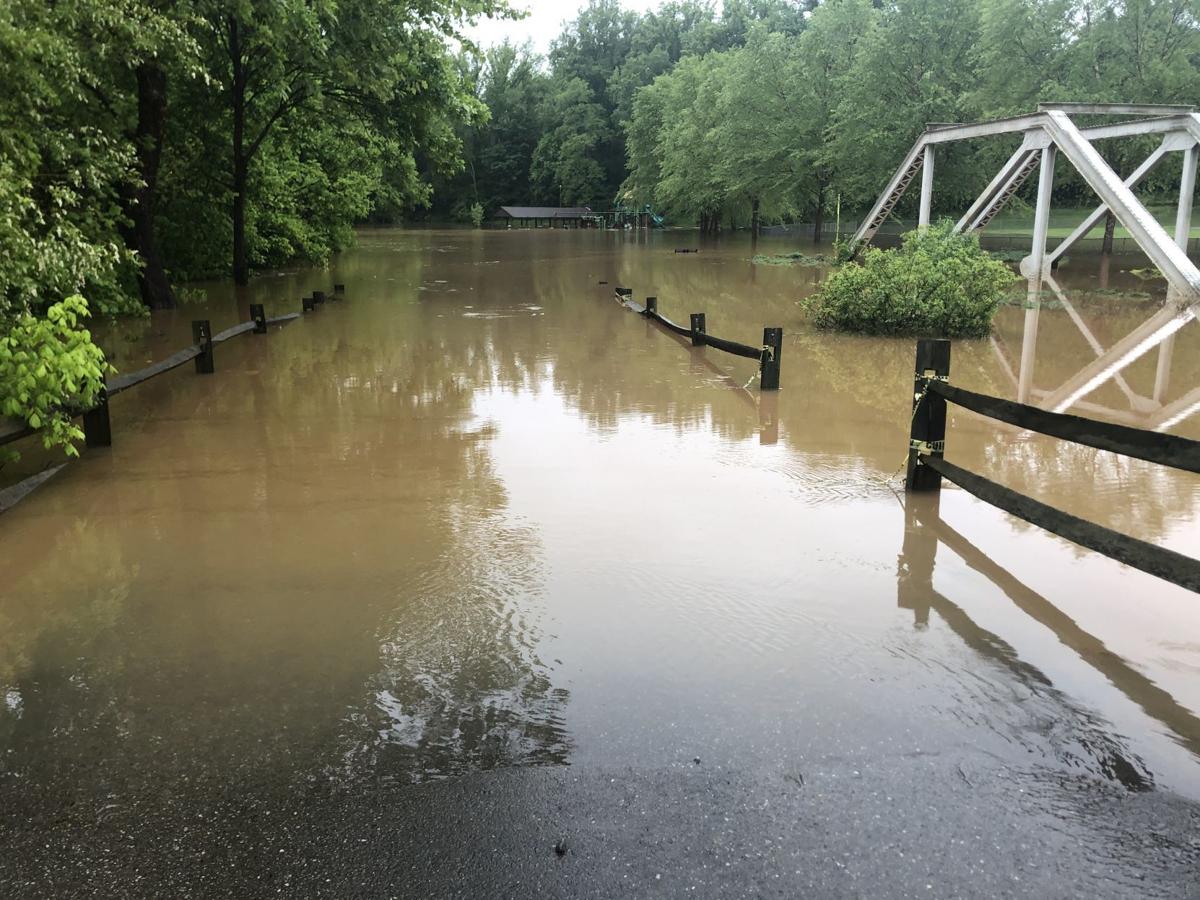 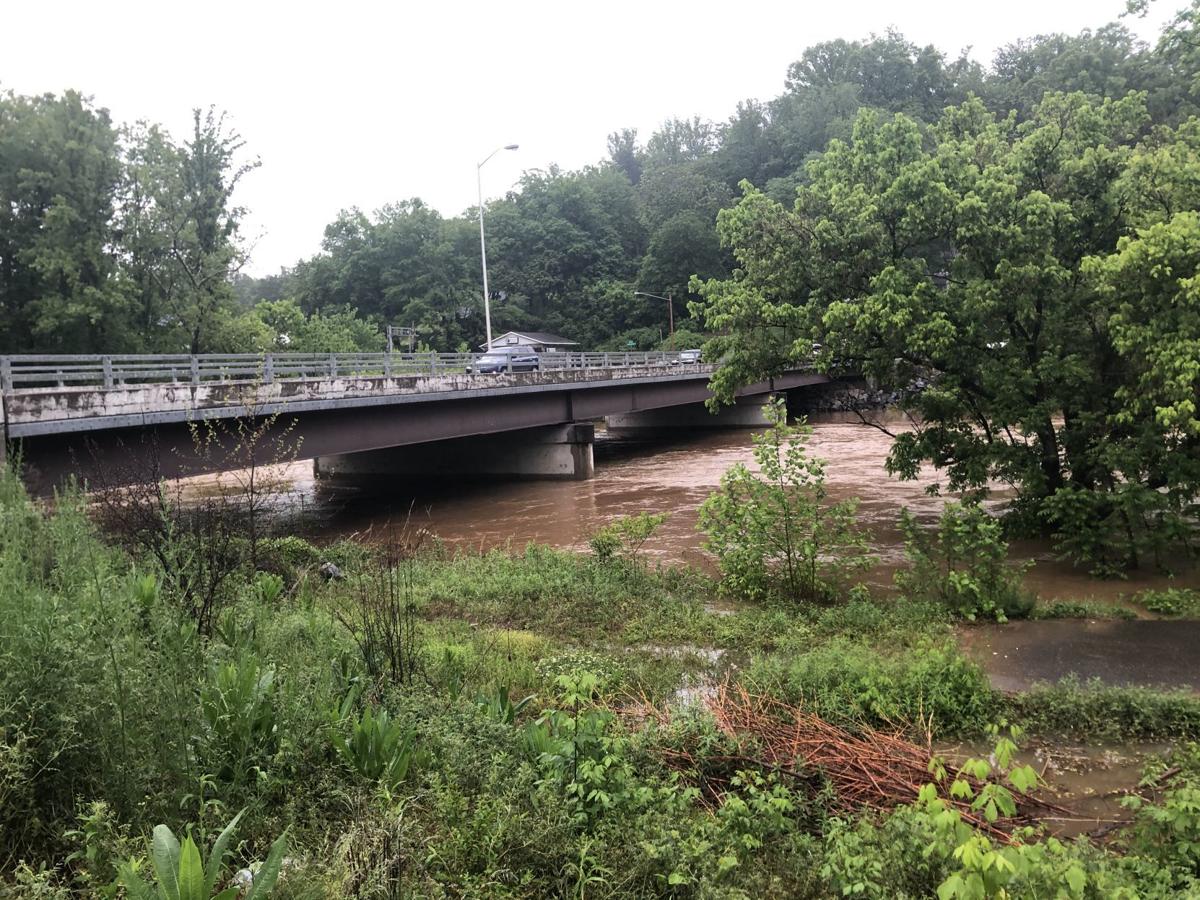 The walkway to the Philpott Marina was submerged under rising waters Thursday morning.

The Smith Mountain Reservoir is expected to exceed its full pond elevation by three feet because of heavy rainfall according to a release late Thursday from Appalachian Power.

Based on updated river predictions by the National Weather Service (NWS) and expected continued rainfall in the area, the reservoir will reach an elevation of 798, or three feet above full pond Friday morning, the release stated.

The NWS has placed the region, including Henry, Franklin and Patrick counties and Martinsville, under a flood warning until midnight Friday.

At 12:15 p.m. Thursday the Smith River near Bassett was at 8.69 feet and rising. Action Stage is eight feet and no flood stage has been established because flooding is controlled by the Philpott Dam upstream.

At 12:45 p.m. Thursday the North Mayo River near Spencer was 9.58 feet and rising. Flood stage is eight feet and moderate flood stage is 11 feet. This is the highest stage since January, 2010, on the gauge, according to the NWS office in Blacksburg. At 1:01 p.m. numerous reporting stream gauges indicated flooding across the warned area.

Philpott Dam officials stated early Thursday that the dam was “doing its job,” even though lake levels rose several feet overnight Wednesday due to the downpours.

The walkway to the marina store was underwater Thursday morning with water continuing to rise.

Dam officials say the excess water is being safely stored in Philpott Lake until it can be released in controlled amounts when downstream conditions improve.