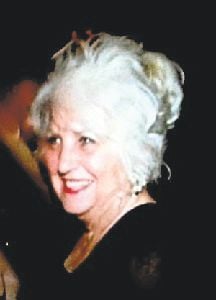 Rachel Jaqueline (Jackie) Compton, of Martinsville, Va., passed away Monday, August 26, 2019. She is survived by her husband, Fred R. Compton; two daughters, Tiffany and Tara Compton; and nieces and nephews.

Jackie was born in Bassett, Va., March 23, 1940 to Willie Lewis Roberson and Bertha Aldridge Roberson. She was the youngest of four sisters and one brother. She graduated from Bassett High School and continued her education at RPI, now known as VCU in Richmond.

Her adventurous spirit led her to become a selected flight attendant for Eastern Airlines, one of her proudest lifetime achievements. On November 7, 1964 she became the beautiful bride of Lieutenant Fred Compton and retired her wings to become Mrs. Jackie Compton. Jackie and Freddy journeyed through life together for 55 beautiful years.

While raising her two girls, in 1975 Jackie embarked on a career path to become a Realtor, a profession she thoroughly enjoyed for a span of 30 years.

She was a member of The Martinsville Garden Club, and loved sharing and teaching flower arranging to others. She was also a member of the Wednesday Book Club, was very involved with First Methodist Church, and was active in the Wesley Guild.

One of her greatest passions was playing the pipe organ, a hobby she cultivated later in life. She was a substitute organist at Christ Episcopal, First United Methodist and Forrest Hills Presbyterian Churches. Jackie carried her charm and grace, her clever wit and her genuine love to all of the many lives she touched. Her deep and heartfelt concern for others was her hallmark, always there with a smile and words of encouragement. Her zest for life was infectious and she lived every minute of her life to its fullest. She was the best friend you could ever have, a loving wife, a nurturing and dedicated mother and most of all a beautiful unforgettable bright star whose light will shine in the hearts of all those who knew and loved her.

In lieu of flowers, the family requests that memorials be made to a charity of your choice.