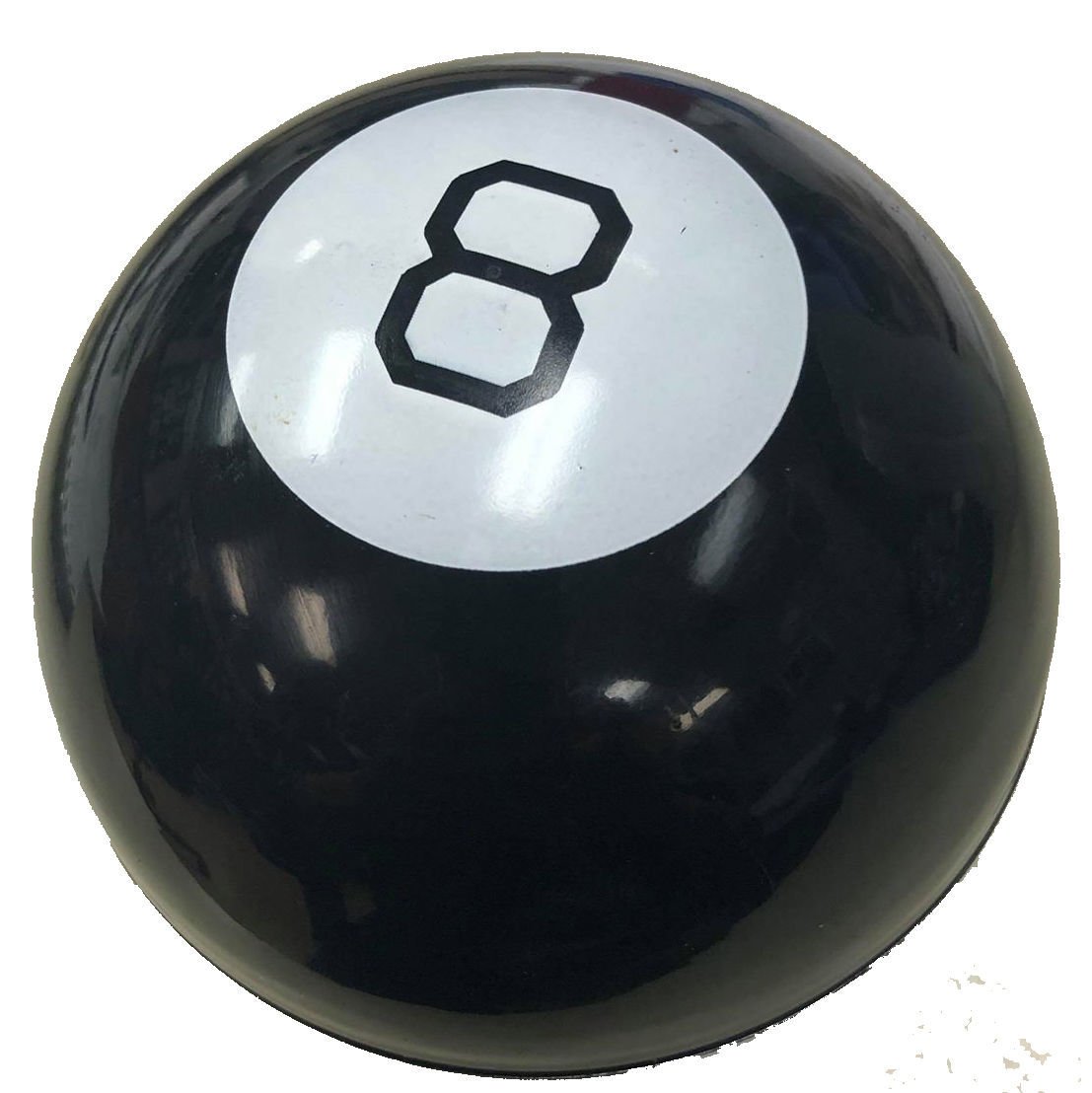 The Magic 8 Ball showed up under the Christmas tree a few years ago. It had as much fun as it could have for the few weeks new toys seem to enjoy of attention, then was forgotten about.

It rolled back onto the scene in full glory this past week.

The Magic 8 Ball is the standard oracle of childhood and the teen-aged years. For all we know, some business decisions are made by it as well.

It’s a black plastic sphere made to look like an 8-ball from billiards. You shake it and turn it upside down, and an answer written on a triangle floats in blue liquid to a window, where it can be read. The answer surface looks like a blue triangle with white words.

The Magic 8 Ball was invented in 1950 by Albert C. Carter and Abe Bookman and now is made by Mattel.

The answers are on the 20 triangular sides of an icosahedron.

Each triangle gives an answer to any yes-or-no question: “My reply is no,” “My sources say no,” “Outlook good,” “You may rely on it,” “Ask again later,” “Signs point to yes,” “Very doubtful,” “Without a doubt,” “Most likely,” “It is decidedly so,” “Yes,” “Signs point to yes,” “Yes definitely,” “It is certain,” “Don’t count on it” and – better than getting a no when you want a yes or vice-versa — “Reply Hazy Try Again,” “Cannot predict now” and “Better not tell you now.”

The other day, some visiting kids found the Magic 8 Ball in a pile of toys and squealed in delight. Their enthusiasm caught on with my daughter, who long had taken that toy for granted.

The Magic 8 Ball came with us when we went out for the evening. They asked question after question.

They brought me into it, as well.

“Magic 8 Ball,” asked the kindergartner, “Will Miss Holly be a witch?”

The big kids shouted, “Ewwww,” as if he had just gotten himself into major trouble, and the little boy apologized sheepishly. He had meant to say “rich.”

“Magic 8 Ball, will Miss Holly be a rich witch?”

“Don’t count on which aspect of that?” I asked.

A couple of days later, when I had been called into service as the chauffeur of a group of teen-aged girls, I heard a shriek from the backseat.

“A Magic 8 Ball!” they cheered in unison.

The Magic 8 Ball has been sitting on my desk here in the newsroom for a few days now. It’s for research, I swear.

But someone just walked by and asked it, “Is Holly going to quit playing with toys and get back to work?”

HOLLY KOZELSKY: A rooster to crow about

Oliver is a henpecked husband if there ever was one.

Submit a letter to the editor

Letters to the editor on topics of general interest are welcomed and encouraged.