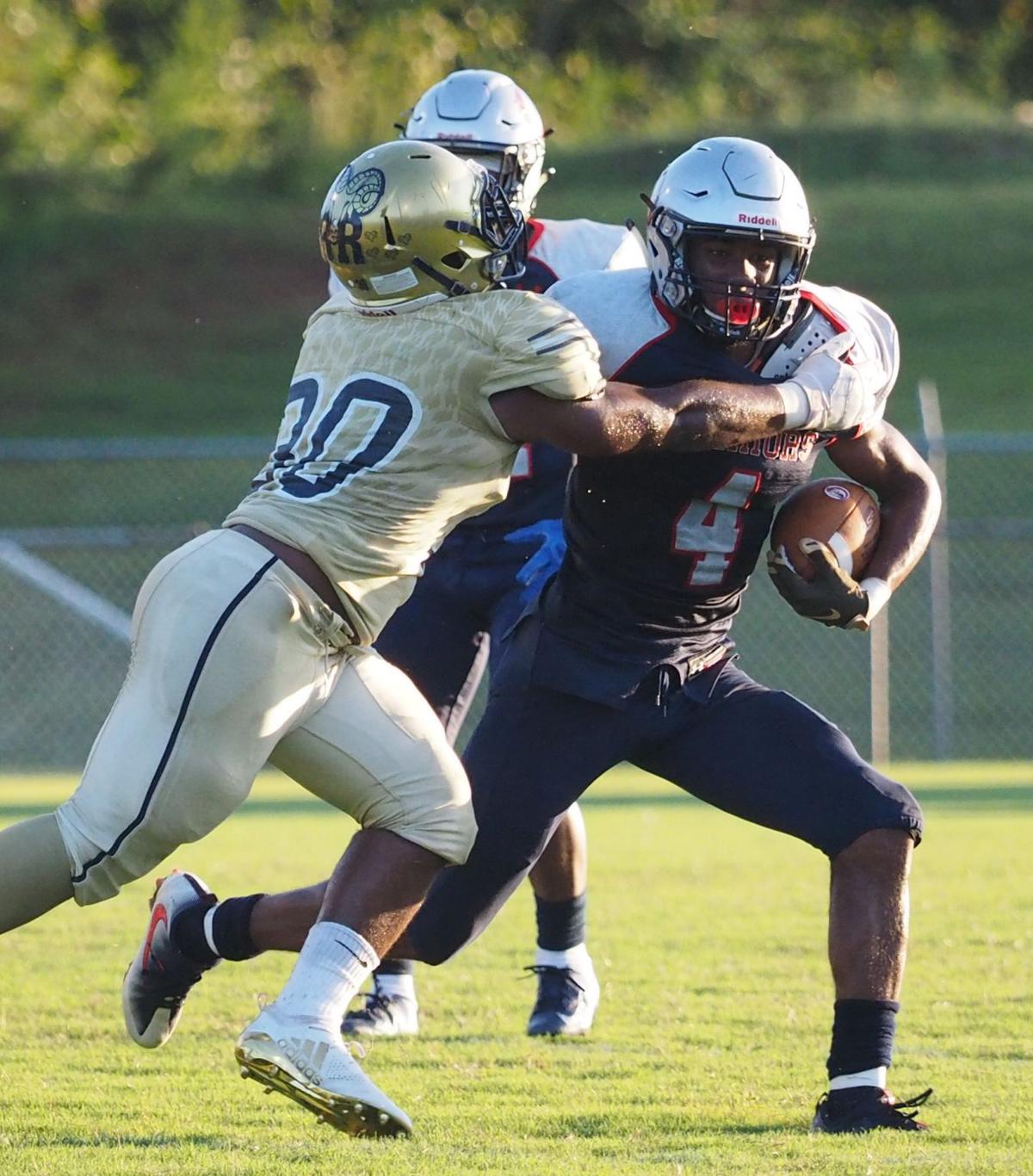 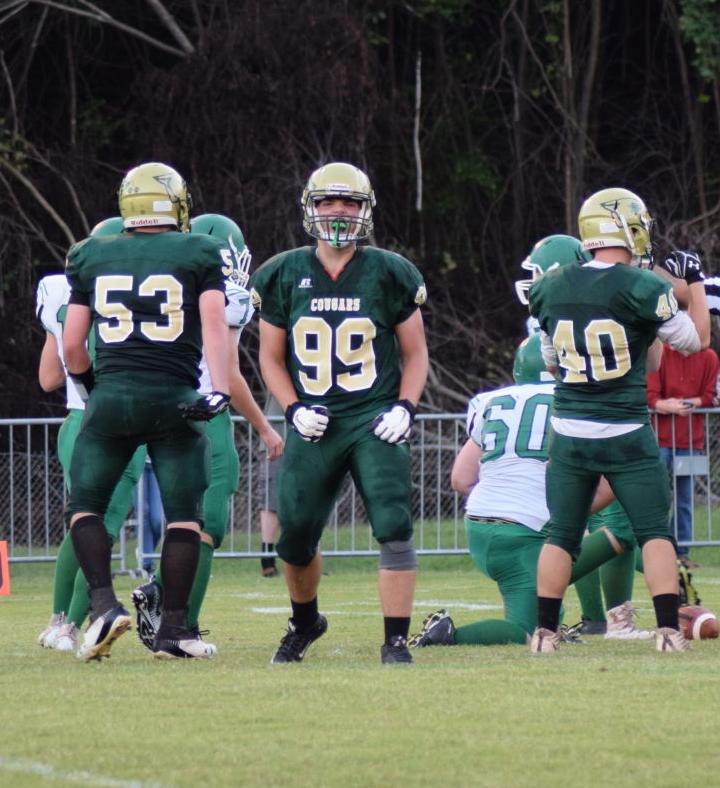 STUART – It was odd stepping out on the field for a game on a Wednesday night, but it didn’t stop Patrick County from getting win No. 1 of the season. The Cougars led 7-0 at the half, but broke out in the second half and waltzed to a 23-0 win over rival North Stokes.

The scoring got started late in the first quarter when Patrick County’s Aiden LaComa blocked a Vikings punt and three plays later his older brother, Frankie LaComa, ran in an eight-yard touchdown run to make it 7-0.

The score would stay at 7-0 until late in the third quarter where again it was the defense for the Cougars making a stand. After falling short on fourth and goal, the Vikings took over at their own two yard line. After a rush for no yards, the Cougar pass rush got pressure and forced an intentional grounding penalty, which means a safety and two points for Patrick County.

That begun a 10-point swing for Patrick County. The Cougars took the ensuing kickoff 60 yards in six plays, capped off by a Chase Jessup 39-yard touchdown run and a Dae’Shawn Penn two-point conversion to make it 17-0 with 48 seconds left in the third quarter.

Will Sprowl finished off the Patrick County scoring midway through the fourth quarter. After Chris Drewery intercepted a North Stokes pass intended for the end zone and returned it to the Viking 40, the Cougars ran seven plays and on the final play Sprowl dove in from six yards out to make it 23-0.

The Cougars kept the shutout intact the rest of the way and walked out after a short week with that elusive first win. Next up for Patrick County (1-3) is a home date with Magna Vista (1-2) next Friday night at 7 p.m.

Reidsville took advantage of two early Magna Vista mistakes Wednesday night in Ridgeway to build a quick lead on the way to a 34-12 win over the Warriors.

Magna Vista had second-and-8 from the Rams 29-yard-line on its first possession when quarterback Freddie Roberts threw an interception to Reidsville's Breon Pass.

Four plays later, the Rams would score on a 45-yard touchdown run by Demontez Canada.

On the Warriors next possession, they lined up to punt at midfield, but whiffed on the attempt, kicking it just 10 yards and into the hands of Pass, who ran it 60 yards to the endzone to put Reidsville up 13-0 with 3:39 left in the first quarter.

The Rams would build up a 20-0 halftime lead.

Magna Vista finally got on the board on its first possession of the third quarter. Starting on its own 25, the Warriors drove down the field in 12 plays, finishing on a 14-yard touchdown pass from Dryus Hairston to Ty Grant.

The duo would meet up again in the fourth quarter, once for a 23-yard gain and again for a 15-yard touchdown on the next play to bring the score to 27-13 with 8:24 to play.

But the Rams would have one more TD in them. After Magna Vista was forced to punt out of its own endzone midway through the fourth, Reidsville lined up on the Warriors 42-yard-line. Two plays later Kyle Pennix found Pass, who ran 30 yards for a final touchdown and a 22-point victory.

Cali Martin had 11 kids and five aces for the Chiefs. Daisy Harris had five blocks and seven kills.