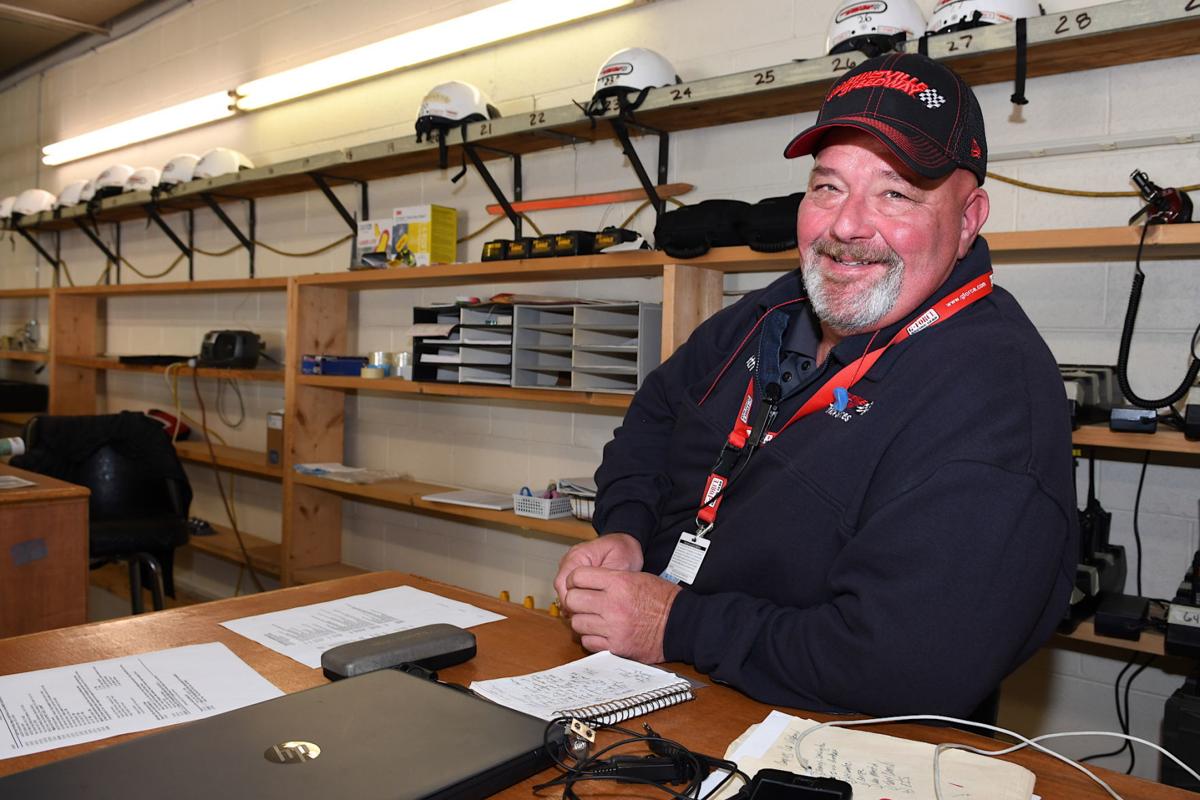 Kenneth Draper at his headquarters at the Martinsville Speedway. 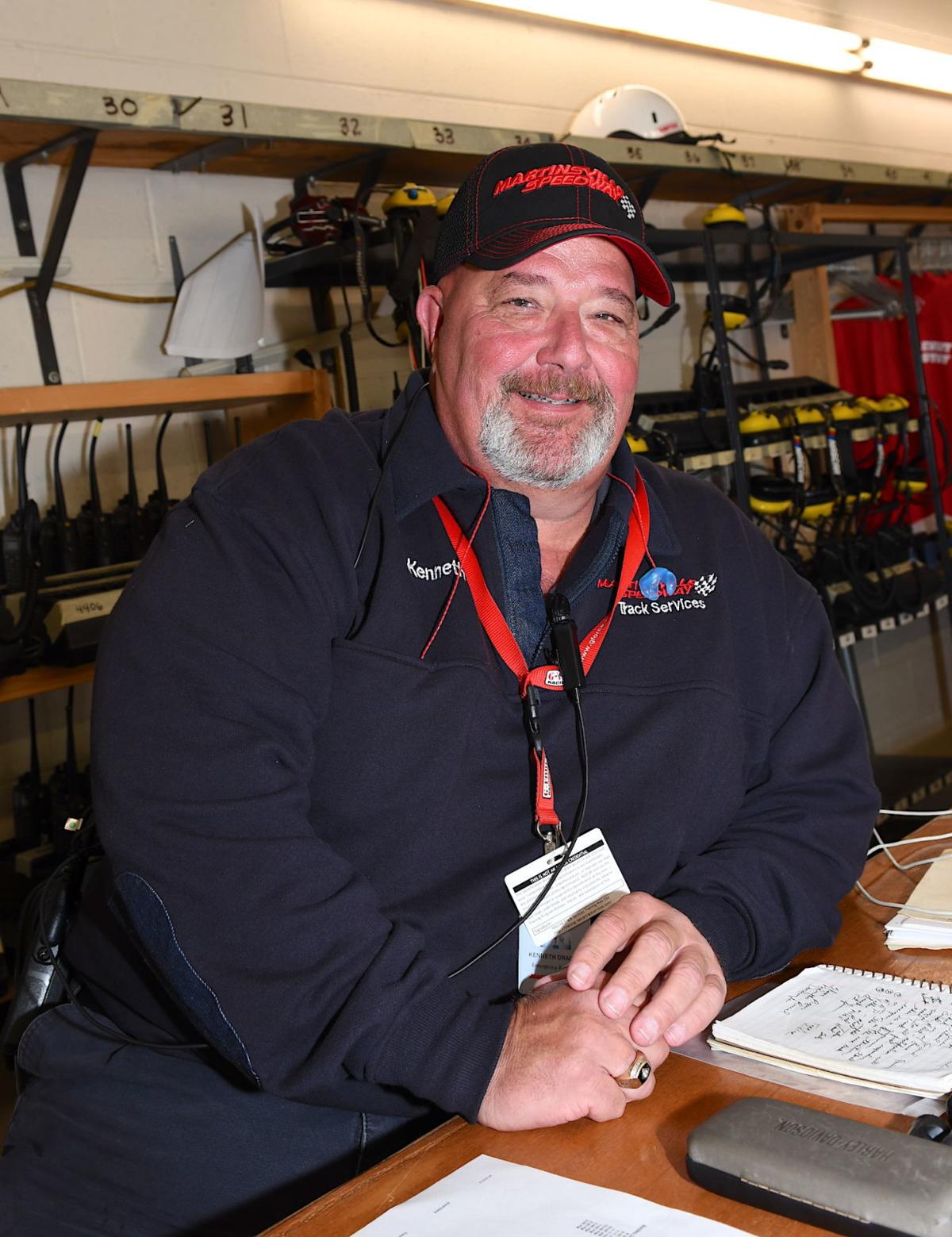 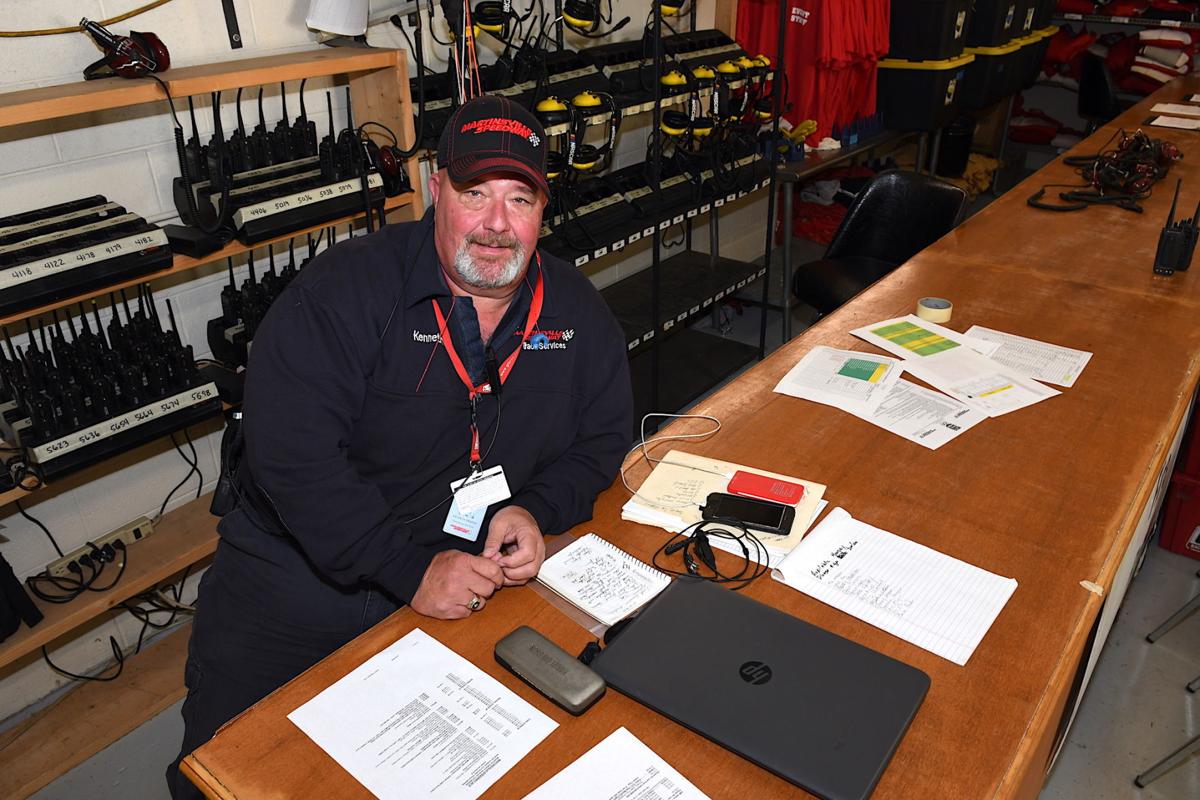 Kenneth Draper at his headquarters at the Martinsville Speedway.

Retirement didn’t last long for former Martinsville Fire Chief Kenneth Draper. Less than a year after he left the department, he became fire chief at the Martinsville Speedway.

At the end of 2015 Draper retired from the Martinsville Fire Department after a 33-year career, the last eight years as chief.

During that time he also had been doing seasonal work at the Martinsville Speedway. He started working there in 1981 in EMS, and eventually moved to fire.

Jimmy Ussery was the track fire chief for most of that time, until 2016, when he went to work at the Charlotte Motor Speedway. In the fall of that year, Draper was asked to assume Ussery’s role.

Much of it involves coordinating a team of emergency workers from New Hampshire to Florida who come to Martinsville the two major race weekends each year.

About 100 workers are on the roster, resulting in about 60 to 70 workers at the track for each race, he said. They receive training year-round over the internet and in person one weekend each year at a NASCAR track.

Martinsville’s training session is held in August. Alan Belcher, who was from this area but moved to Lynchburg, is the training coordinator.

The weekend of training involves using specialized tools so the emergency workers can practice skills such as cutting a driver out of the car using “all the places they want us to cut to get the roof off quick,” he said. Another of the exercises uses a prop with a gas cylinder on pit row, so that workers can practice stepping over the wall to put out fires.

About two months before each major race he sends out an email to the 100 on the list. As those interested in working respond, he creates the assignment schedule.

“A lot have been working for a long time. They tell me a certain pit they want to work in” or other assignment requests, Draper said. “By now I know where most of them work — who’s on trucks, garage, the fuel alley where they fill the gas cans up.”

Draper lines up fire coverage for inside the pits to the race track, on trucks in the garage, at fuel pumps, in each pit box and on the cleanup trucks. Those are the white trucks that clean up the track in case of wrecks and clean up oil spills. He gives everyone their assignments about two weeks before the race.

Randy Smith of the Dyer’s Store Fire Department is his right-hand man. “He helps me, oversees the cleanup guys more than I do and gets everything ready,” Draper said.

The Ridgeway Fire Department brings two fire engines, one to work the infield and the other outside the track. The speedway also has the use of a few new pickup trucks which are lent by a local dealership and replaced each year. Those are available for any event at the speedway, but for the big race weekends NASCAR brings their own “fully loaded” trucks with specialized tools, such as saws to cut through vehicles, he said.

During the races all the personnel keep in touch over the hundreds of two-way radios that are rented for the events, he said.

When it’s smaller events, such as anytime a team is renting the track for test cars, just Draper and Smith will staff it, he said. Overall, the pair work the race track about eight times a year, he estimated.

The emergency workers bring campers and camping gear and stay in the employees’ campground near the Operations building.

“Just like in the main campground, people get together. They pull all their resources and cook big meals at night,” Draper said.

Whenever the emergency workers get back to work at the Martinsville Speedway, “it’s like a family reunion, like seeing their old friends. Some of these people don’t live here; we only see them twice a year,” he said.