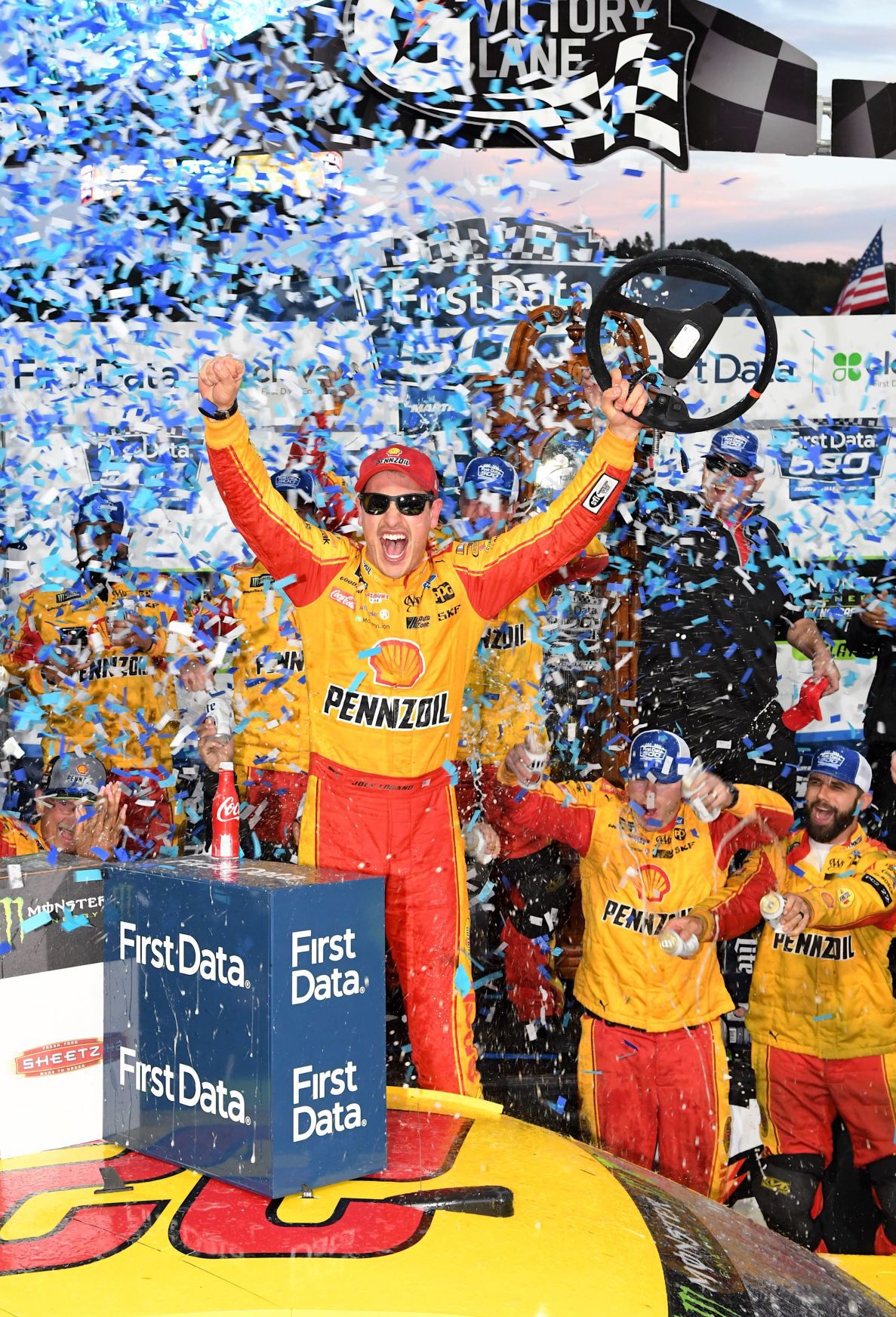 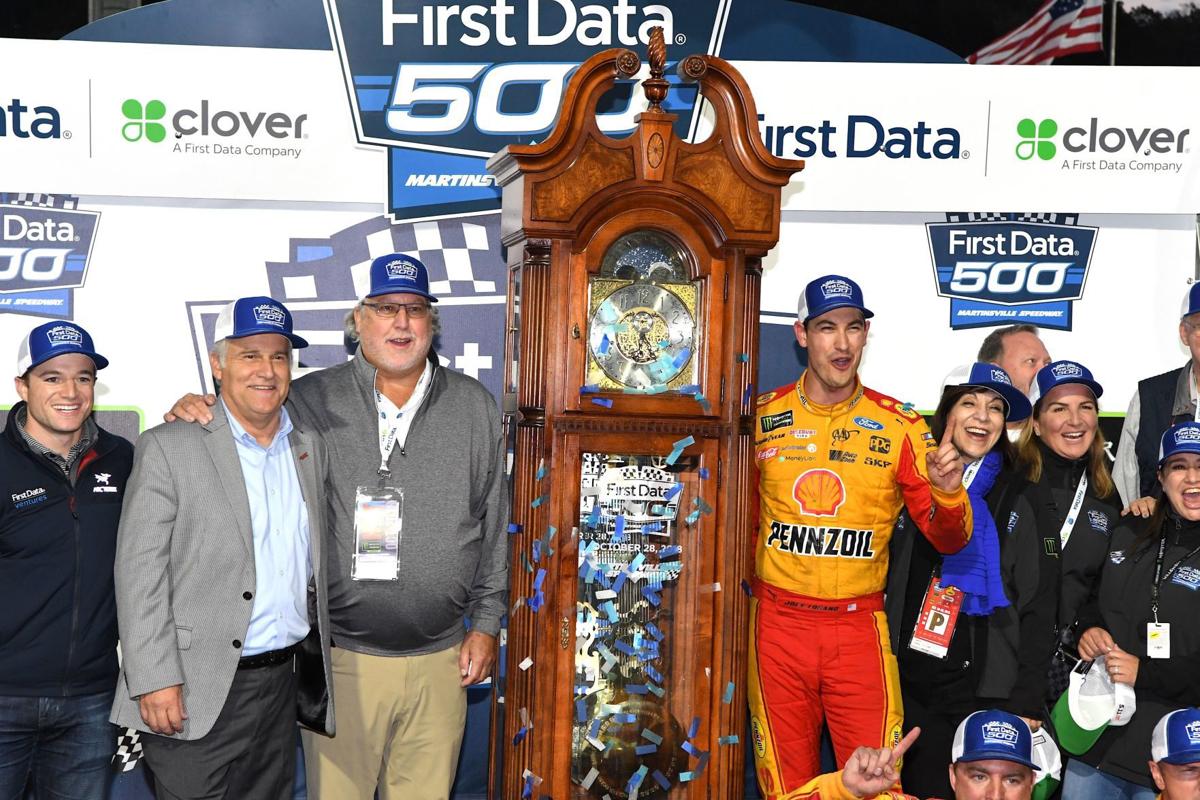 Ask any seasoned race car driver what it takes to win at Martinsville Speedway, and each will give a different answer.

Martinsville is considered by some to be the most difficult place on the NASCAR circuit to win a race. So what does it take to win that coveted grandfather clock trophy? Cup Series drivers recently shared their thoughts.

Michael McDowell: I think to take that clock home you need a lot of things here. You need a lot of speed, you need some luck, and you need perfect execution. That’s one thing that’s so hard at Martinsville. Pit road is tight and narrow and so much happens on that pit road that can change your day. The difference between coming out first or coming out fifth is your race. So you’ve got to have perfect execution on pit road, no mistakes. We’re going to stop probably 5, 6, 7, 8, 9 times here, and you have a lot of opportunities to mess that up. Whoever can execute all day long and put themselves into position, that’s how you get the clock.

Kurt Busch: The biggest thing is the tires and how they don’t really wear out but they build pressure up. It used to be about wearing out the tires and you could actually abuse them and go too hard too soon. Now it’s a matter of just trying not to build the air pressure too much, and that’s the key to victory at Martinsville.

For some drivers, the hard part comes before the race even begins.

Austin Dillon: I would say qualifying... Every time we come here we’ve driven to the front and made moves, but I feel like in that time you’re putting a lot of toll on your car and brakes. If you qualify in front you can ride a little bit more and save your brakes for the end of the race, and that’s what we need them for. We need to have the capability of the car for the entirety of the race. That would be a key goal, and not having to be on the go from the drop of the green flag. We’ve had to really use up our stuff at the start of the race to get our track position back, so to me it’s just all about qualifying coming back here.

William Byron: The biggest challenge is just racing the track. It’s 500 laps around here, it’s a long time. You push the brake pedal 1000 times. It’s physical for sure. Keeping up with that for sure and making sure you’re physical prepared is the biggest thing.

Martinsville comes after races at 2.66-mile Talladega Superspeedway and 1.5-mile Kansas Speedway. Going from big to small brings a different mindset to drivers.

Dillon: You come to Martinsville as a spectator, you can reach out and touch the racing. You’re on top of the track. There’s nothing like smelling and breathing everything that’s going on here during a Martinsville weekend.

McDowell: Martinsville for me, from a stress level standpoint is a little bit less. Talladega is obviously very intense. You’re three or four wide, there’s always four or five accidents you barely miss and make it through. But here, coming to Martinsville, I feel like this is a place where you can beat and bang, you can beat your car up a little bit and it’s not going to ruin your day. Whereat Kansas or Talladega if you make contact with anything it’s going to really hurt the performance of your race car and jeopardize your day. So I always feel like there’s a little bit of freedom coming to short tracks, especially at Martinsville where the speeds are lower than most tracks that we go to because if you run into somebody and mess up the fender it’s not going to run your day.

Dillon: Every time I come here it’s Martinsville… the one thing that hasn’t changed is the racing. You’ve got to be able to get in the corner and get off of it quick. You’ve got to be ready to get moved around, bumped around. You see that still today. Aggression is out there on the track and you choose when to take it and when to not. This is one of those places that doesn’t change, racing wise.

Joey Logano: You just have this accordion effect when you accelerate. The cars spread out and then you brake, and they come right back to each other. You’re right on the car in front of you, just bumping and banging. You can’t get away. It’s hard to get a couple of clean laps to get spread out and get away.

McDowell: You’re more aggressive, you can take more chances than you normally would, and it’s also not going to ruin somebody else’s day. If you make side-by-side contact here at Martinsville it’s just good, hard racing. You do that at Kansas and one of the two, if not both of you, are going to crash. I think it gives divers a little bit more freedom and aggression to drive hard.

Dillon: The aggression on the track, you really can manhandle the car around here. There’s times when you have to take care of the tires, but there’s time when you can get aggressive and make things happen. It’s a fun track. No one is ever out of reach here. I think it’s an offensive track and when guys start playing defense they get in trouble. So you definitely want a car that you can move forward with.

After everything a driver has to go through for 500 laps at The Paperclip, coming away with a win is that much sweeter.

Martinsville is on that list with Daytona and those others that stand out. It’s an old track and it’s been there forever. You want to have your name on the list of winners there for sure.

(Tim Southers of Martinsville Speedway contributed reporting to this story)