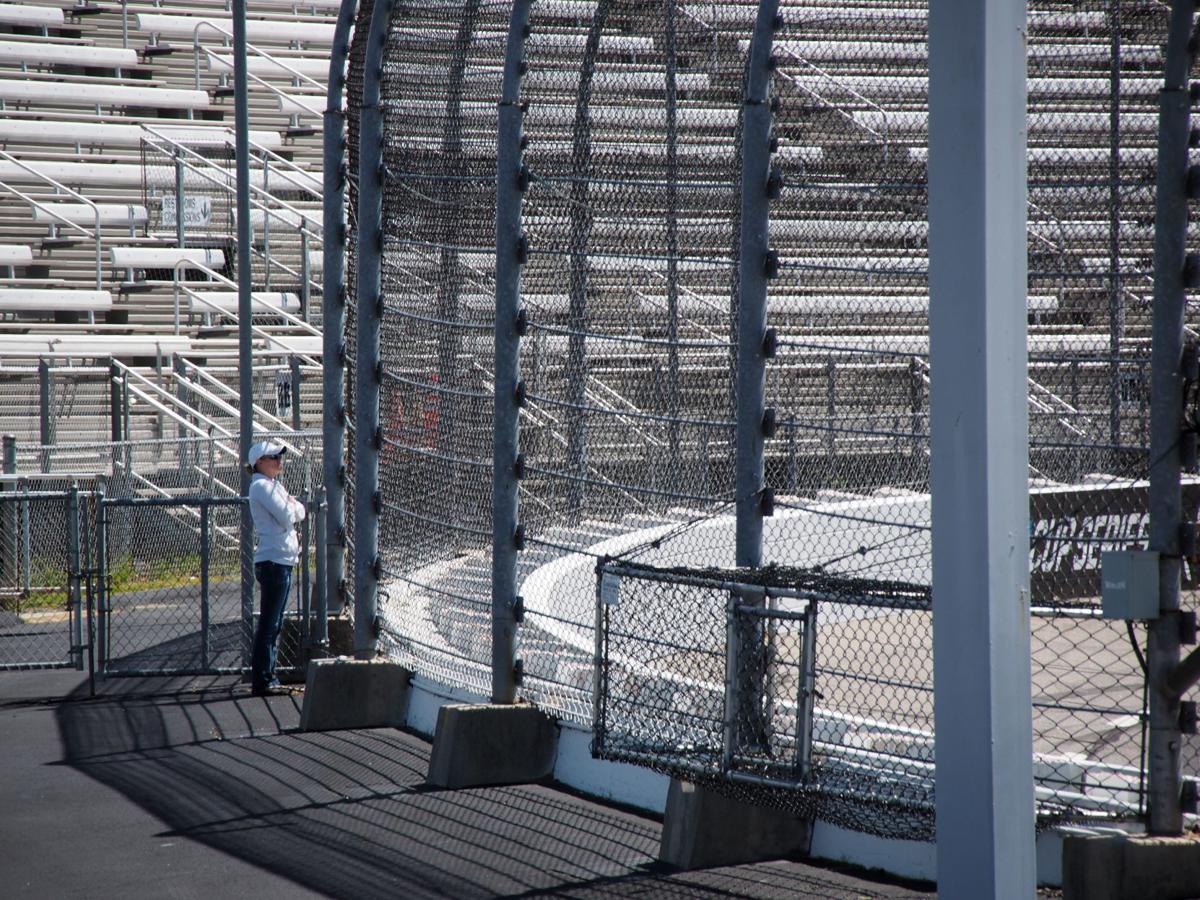 A lone fan looks onto the track at Martinsville Speedway on Saturday. The NASCAR Cup Series was supposed to race at Martinsvills on Saturday night, but it was postponed due to the coronavirus. 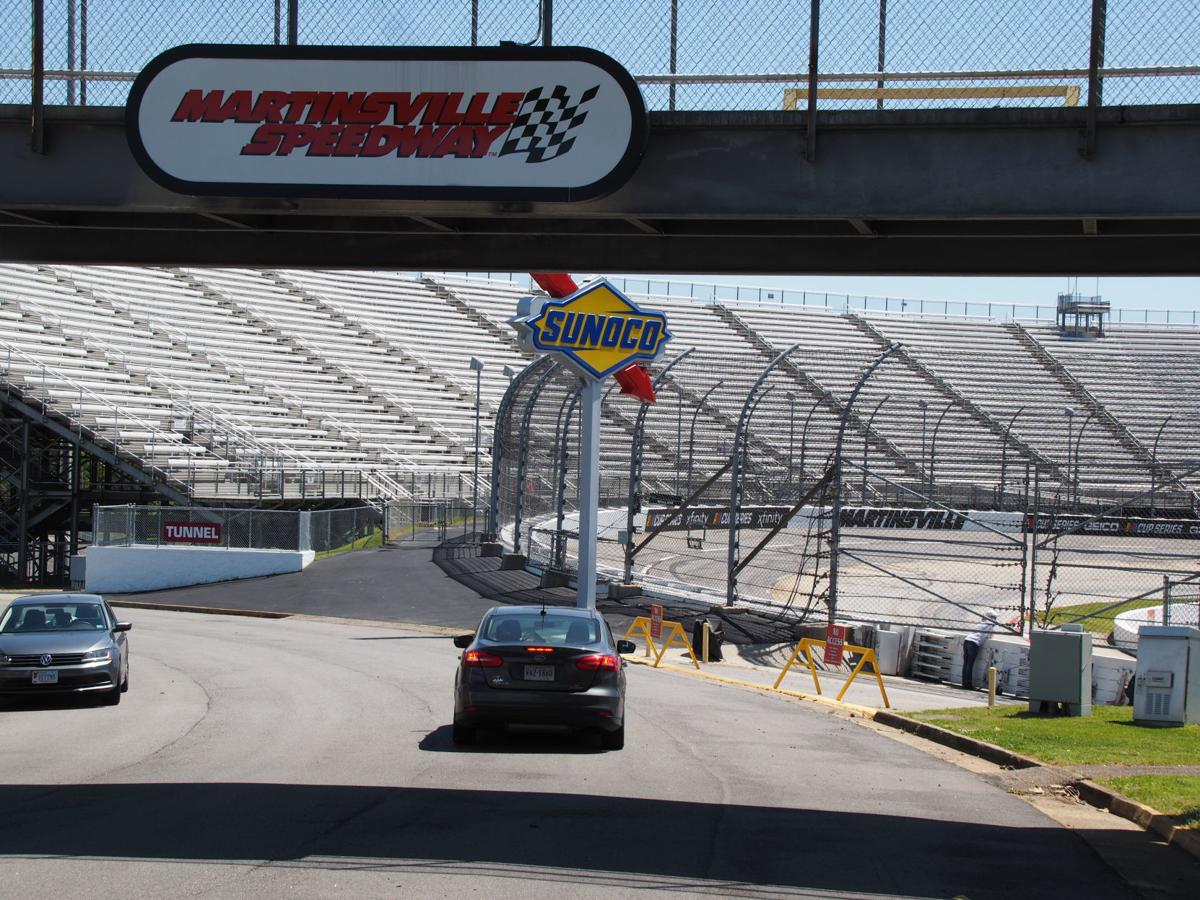 Martinsville Speedway will host the NASCAR Cup Series for a race on Wednesday, June 10. No fans will be in attendance for the race. 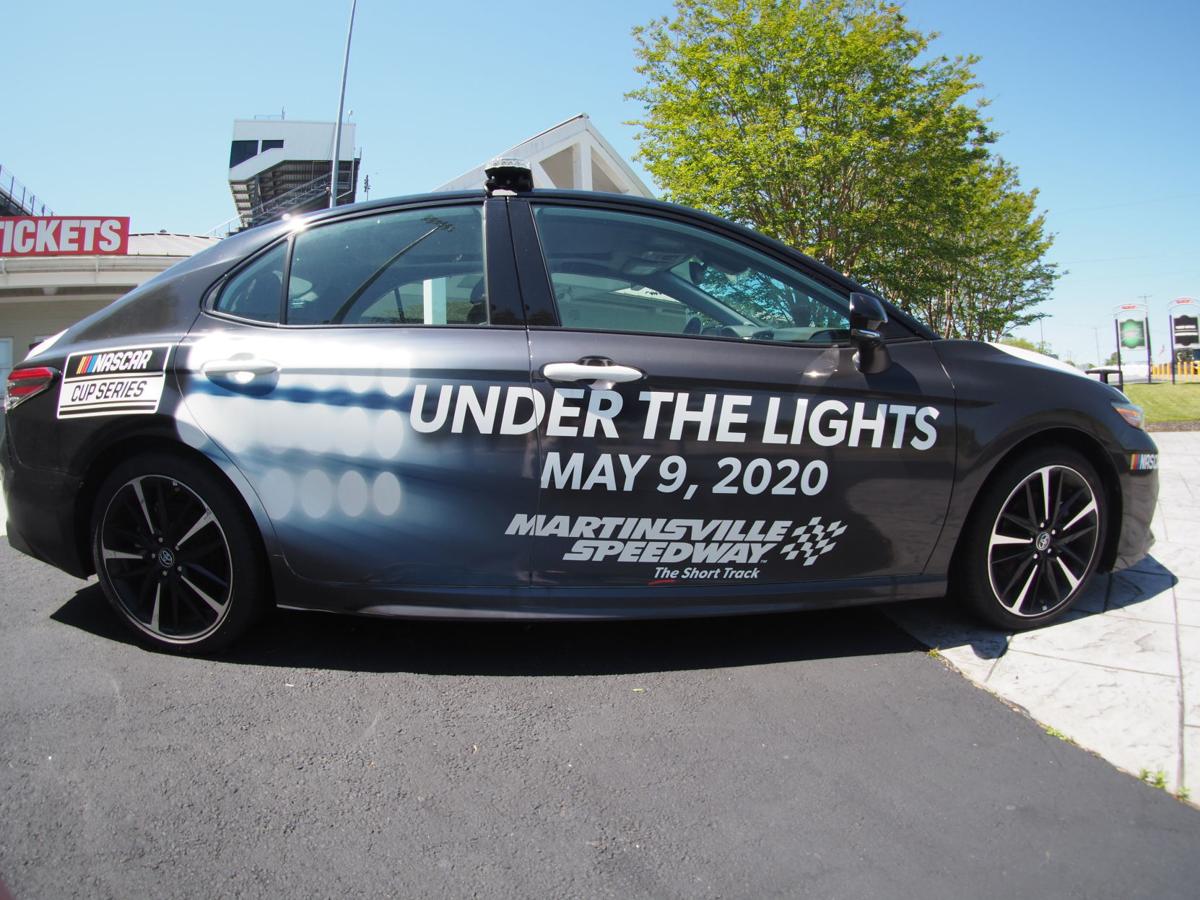 The pace cars outside the ticket office at Martinsville Speedway read "Under the Lights, May 9, 2020" in celebration for what would have been the track's first NASCAR Cup Series race hosted under the LED lights installed in 2017. 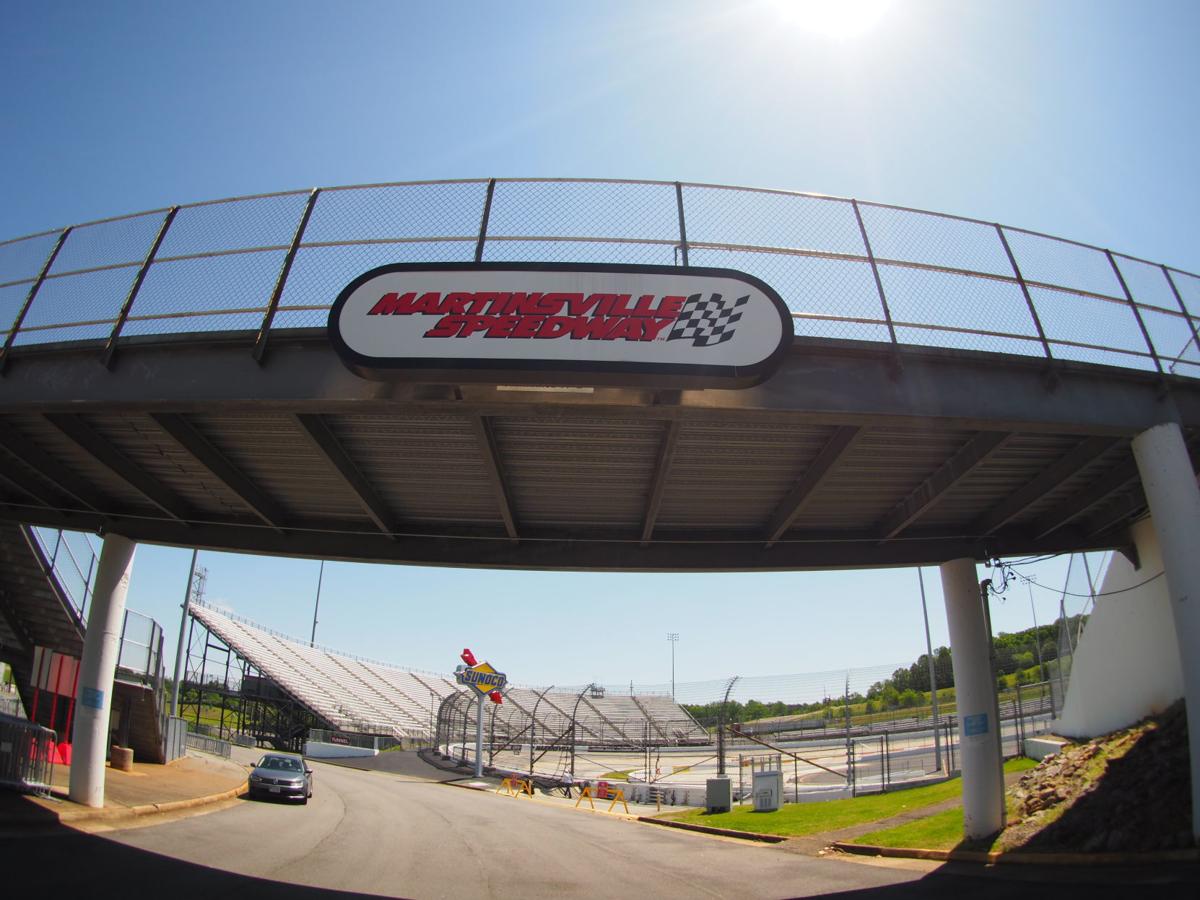 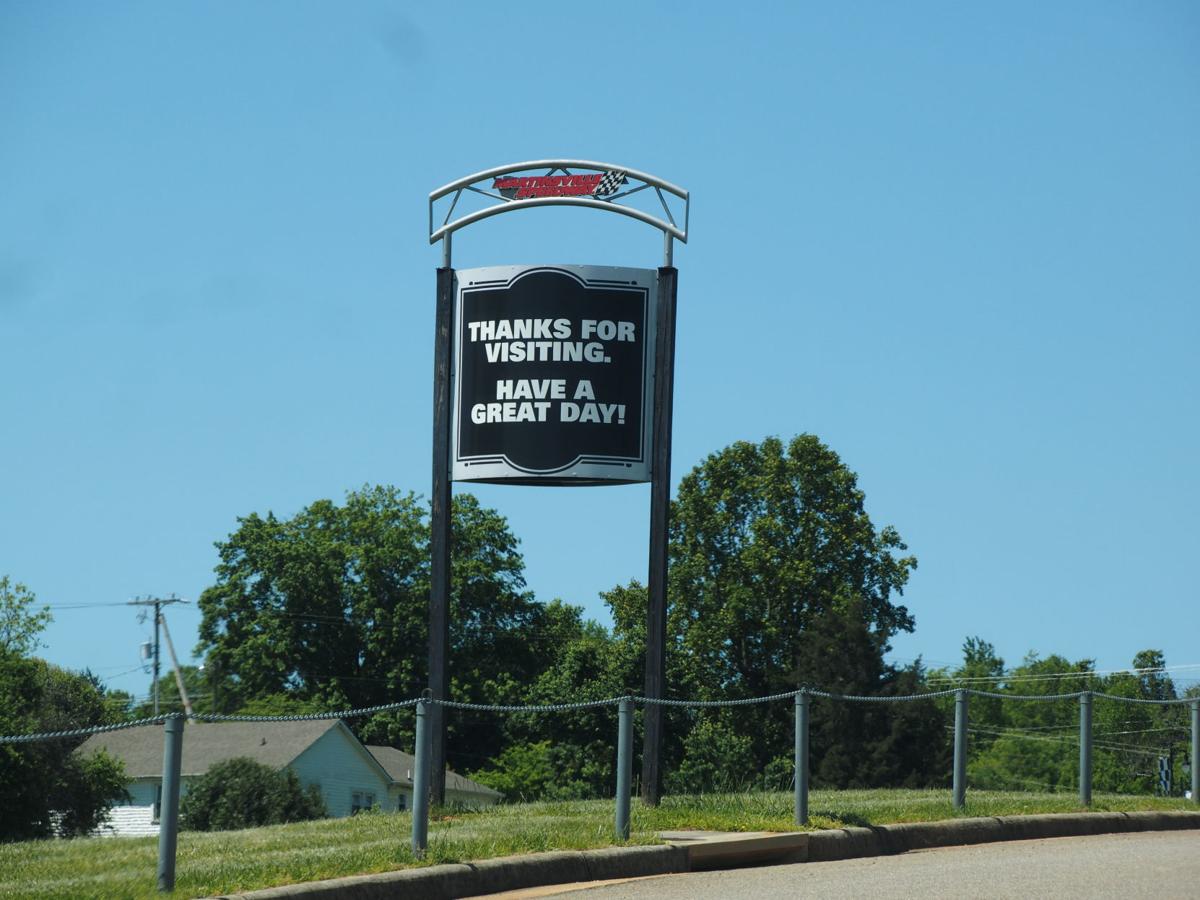 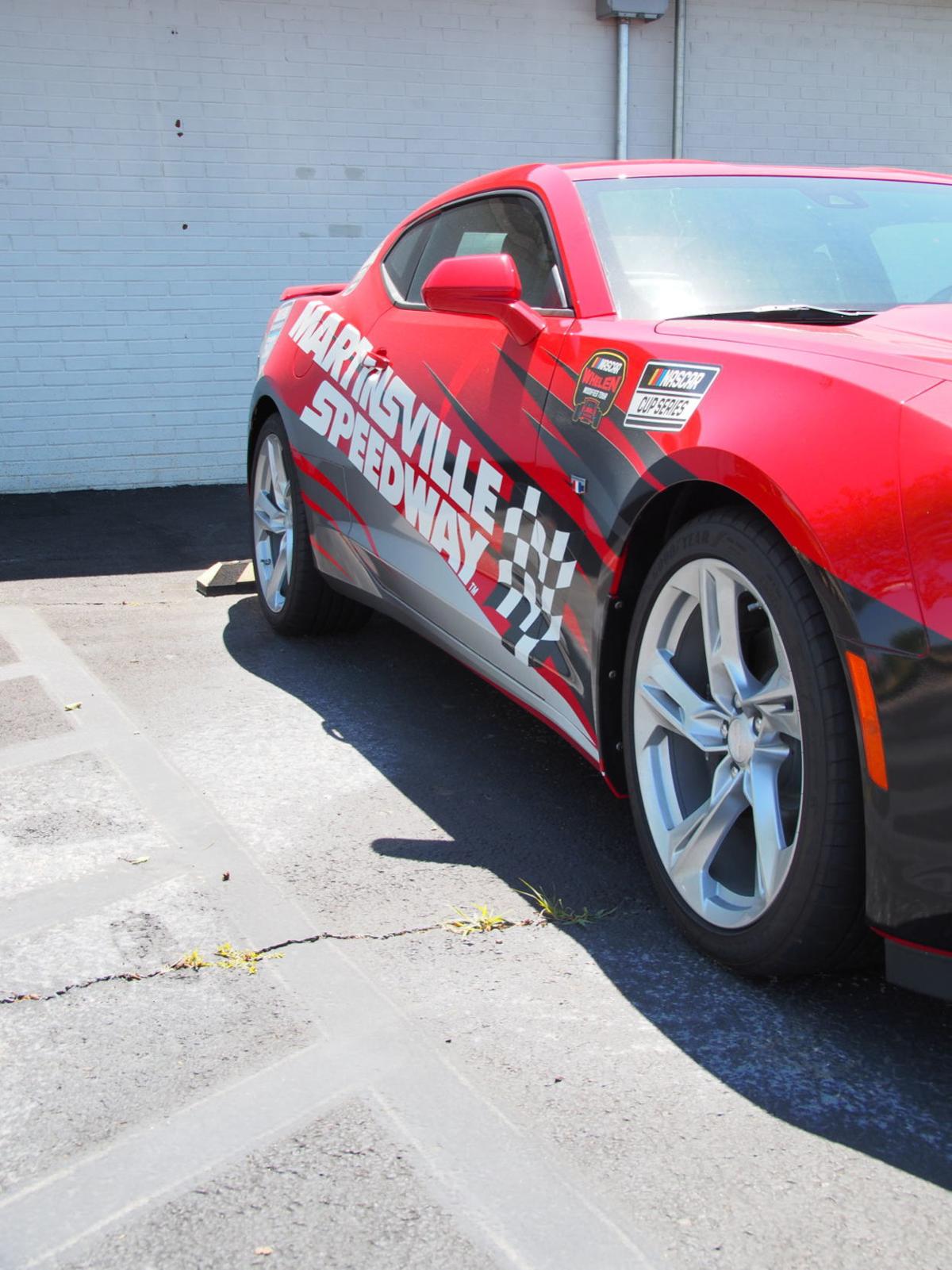 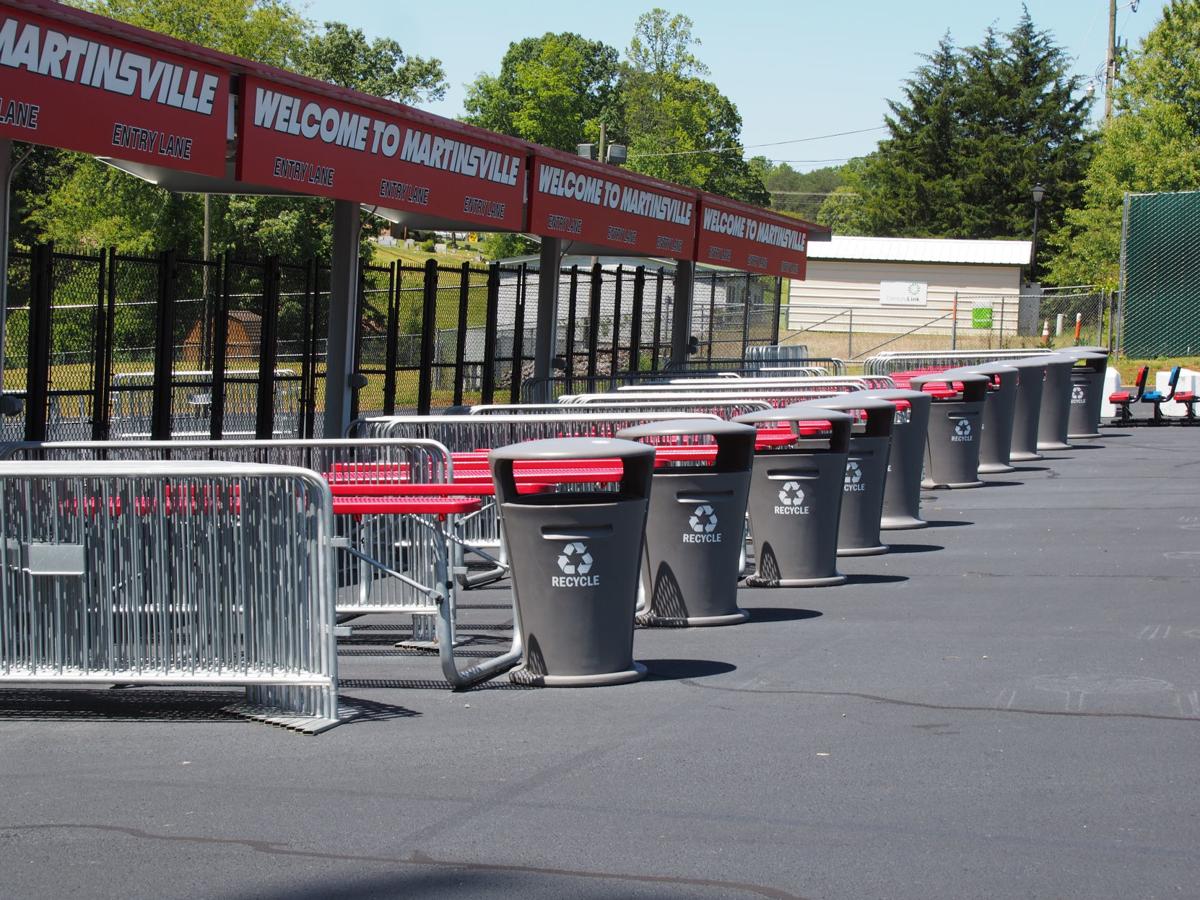 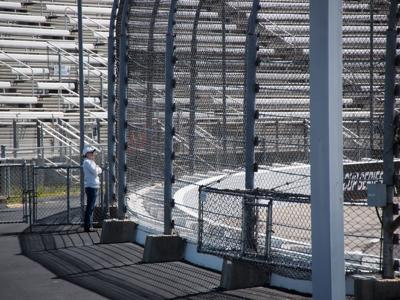 Planning for race weekends at Martinsville Speedway happens months in advance. I don’t have to tell you how many weeks, days and hours track employees, small businesses in Martinsville and Henry County, even race fans spend getting ready. It’s like our town hosts a Super Bowl twice a year.

I think it was around Christmas when I started getting ideas for stories I wanted to do for this spring’s race. The kind of ideas that would strike me either when I’m driving, in the shower, or just on the edge of falling asleep at night, all of which are pretty inopportune times to grab a pen and paper to write down my thoughts.

Instead, all those grand ideas I had, the people I wanted to interview, the places I wanted to sit to watch and write my race story, none of it happened.

This week I was tasked to write a story about … well … nothing.

There was no race. The NASCAR Cup Series race at Martinsville Speedway scheduled for Saturday night under the lights, likely the biggest race in at least several decades -- possibly ever -- at NASCAR’s oldest track, did not happen.

Saturday's Blue-Emu Maximum Pain Relief 500 and Friday's NASCAR Whelen Modified Tour MaxPro Window Films 200 were both officially postponed by NASCAR on April 17, a no-brainer considering two weeks before Virginia Gov. Ralph Northam put in a stay-at-home order for the state and forbid any gatherings of 10 or more people until June in hopes of stalling the coronavirus pandemic.

But I still had to write something. I couldn’t let the weekend go by and have Sunday’s newspaper have no mention of NASCAR and what might have been.

But how do you write a story about a race that didn’t happen?

I drove to the Speedway around 11 a.m. on Saturday, hoping to see … something. Fans in the parking lot tailgating, maybe? Tailgating 6 feet apart from each other and in groups of fewer than 10, but still in the grass, beers in hands, beanbags bouncing off of cornhole boards as black “3” flags on poles duct taped to the beds of their trucks waved above them. Maybe they would still want to go to the track for the fun of being there, even if their favorite drivers weren't.

Instead, I drove up and only saw a groundhog, unaware the spot he had chosen to sunbathe on the side of U.S. 220 should have been filled with parked cars and people walking with their coolers and stadium chairs.

The drive from the exit off of the highway to the Speedway’s entrance took, I don’t know, two minutes? On the morning of races, you only get easy breezy roads like that if you get to the track before the sun.

As I got past the Martinsville Speedway sign and drove down the empty hills, I parked my car under the walking bridge, a rare prime spot even on non-race days. The only other people there was a security guard in a red truck, who couldn’t have been nicer as he told me good places to stand to get pictures of the track from the outside, and a woman in a baseball cap, sitting alone in silence on the lowered tailgate of her truck. I overheard her tell the security guard she had come up that morning from North Carolina.

“There was supposed to be a race today, but there isn’t, but I thought I might as well come up here anyway,” she told him.

I spent a few minutes walking around taking pictures. The pace cars were sitting out, “Under the Lights May 9, 2020” flawlessly painted on their doors. The ticket office had no lines, and the turnstile entrances had no crowds or beeping metal detectors.

The woman in the baseball cap got up and walked to the track. No camera or phone in hand, she just stood at the metal gate and stared onto Turn 4. She looked through the photographer’s box cut out of the fencing. What could she have seen in that spot with cars coming down the front stretch one final time after 500 laps under the moon and stars Saturday night?

I made sure to get a picture of the woman, so I could at least say, even if there wasn’t a race, there was a fan at the track Saturday.

Is that something I could put in my story? A story I’ve been stressing about all week. How do you write about a lost race weekend? It’s all so obvious. Were ticket sales for this race up? Oh yes, according to a track spokesperson. Especially compared to other recent spring races.

Are local businesses affected by not having a race? Of course. These are things I don’t even think I need to ask anyone. The parking lots of hotels along U.S. 220 and throughout the area are sitting empty. Restaurants haven’t been allowed to have patrons sit inside for a meal in nearly two months. The track itself brings in about 1,500 additional workers for various positions on race weekends, many of whom live right here in Martinsville and Henry County. How many of those part-time employees rely on that little bit of extra money every six months?

And even with these bleak thoughts running through my mind, I couldn’t help but think why not having a race was necessary.

As of Saturday morning, Martinsville, Henry County, and Patrick County have a combined 28 positive cases of COVID-19, and just one death. If tens of thousands were to packed into the stands of a race track, those numbers would surely skyrocket. So we don’t have a race this weekend. There are so many places that have it much worse.

As I walked around trying to find inspiration of what to write, I stood under the walking bridge and tried to get photos of anything that seemed to show something, when a familiar sound bounced around. The Ridgeway winds blew through and rattled the bleachers, and it sounded like fans stomping their feet in excitement. With temperatures hovering in the mid-50s, it would have been a perfect day for a race.

But the next one will be, too. Because even though there wasn’t a race this weekend, there will be another. Hotels will be full again. The wait times for a seat at Clarence's will be worth it. Cars will park along the side of 220 and force the groundhogs to find another spot.

And it may come even sooner than we all think. NASCAR hasn't announced a date for a rescheduled Martinsville night race, but October is still very much on the docket. Three races in October, with the NASCAR Cup, Xfinity, and Truck Series all coming to town. There will certainly be more than one fan at The Paperclip for that.

The lady in the baseball cap walked to her truck and drove off before I was able to talk with her. One more time I crawled under the hole in the fence where the security guard told me was a good spot for pictures and took another look. The track was empty, quiet, serene. Its natural state, really, just not how many of us are used to seeing it.

As I drove off, the security guard pulled up beside me and asked, “Did you get everything you needed?”

It was a lie. I didn’t get what I needed, but that’s okay. There’ll be more chances on another day.

More in Martinsville-region COVID-19/coronavirus daily update from state, nation and world: May 10 (6 of 65)

Martinsville-region COVID-19/coronavirus daily update from state, nation and world: May 10

WATCH NOW: Mother's Day will be celebrated in rest homes around Martinsville despite pandemic restrictions