Martinsville-region COVID-19/coronavirus daily update from state, nation and world: May 31 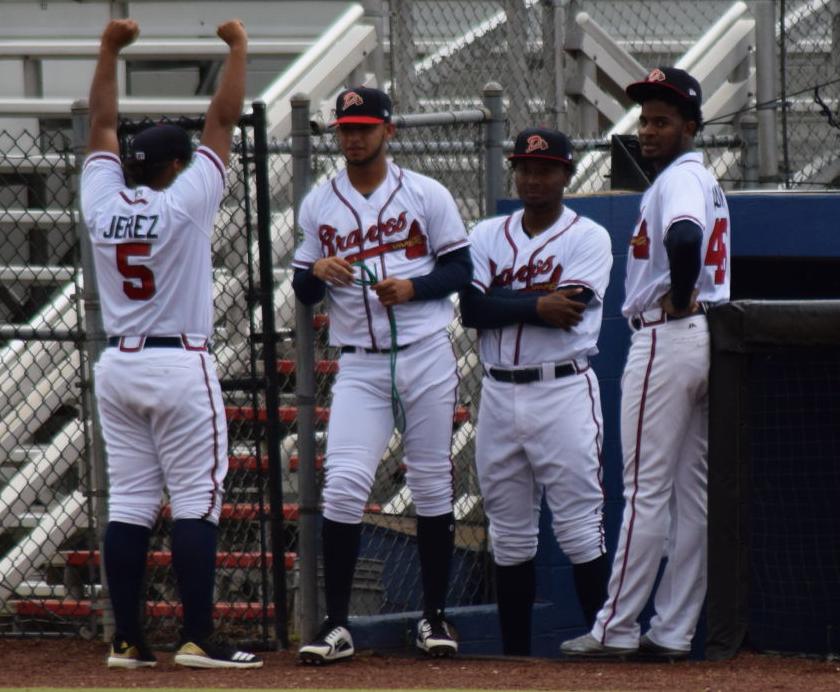 Danville Braves players wait out a rain delay during Tuesday's scheduled season opener at Dan Daniel Memorial Park in Danville. The game was postponed due to thunderstorms, and will be made up as a part of a daytime doubleheader today starting at 11 a.m. 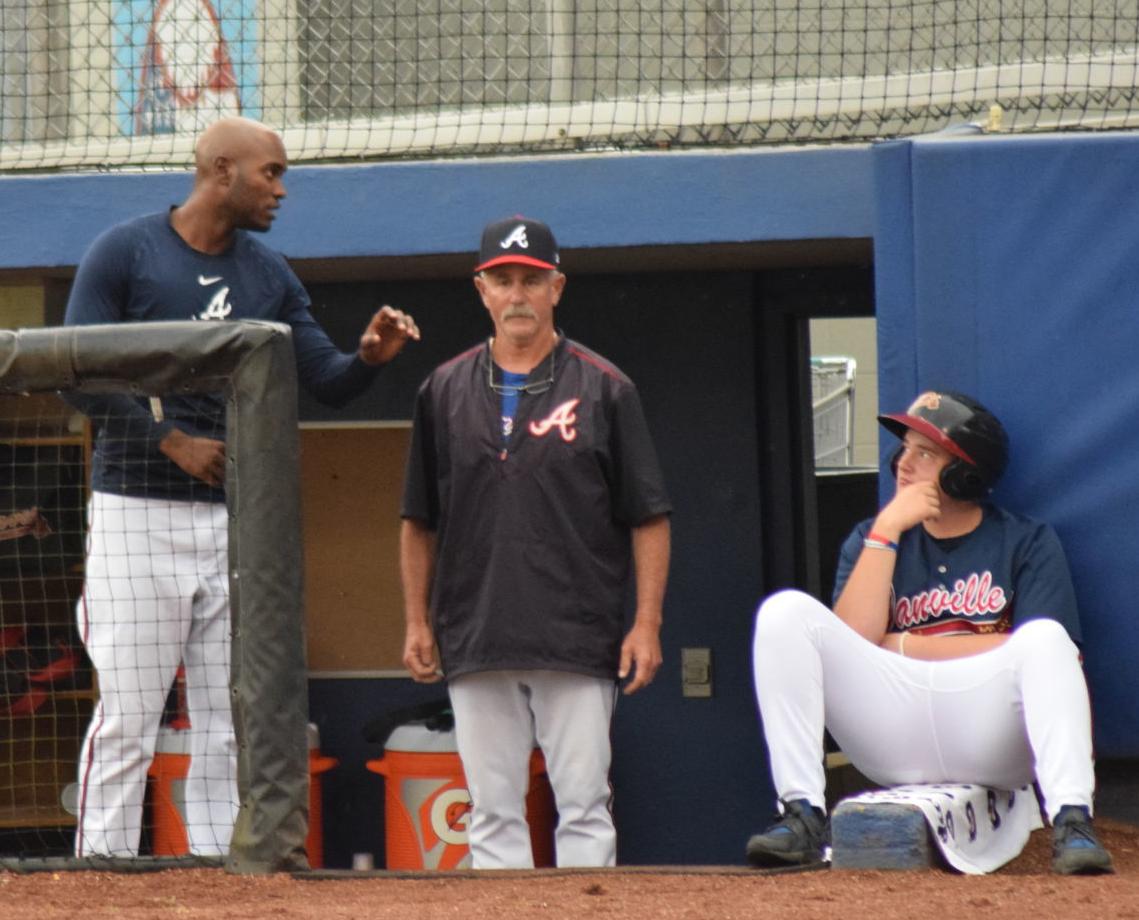 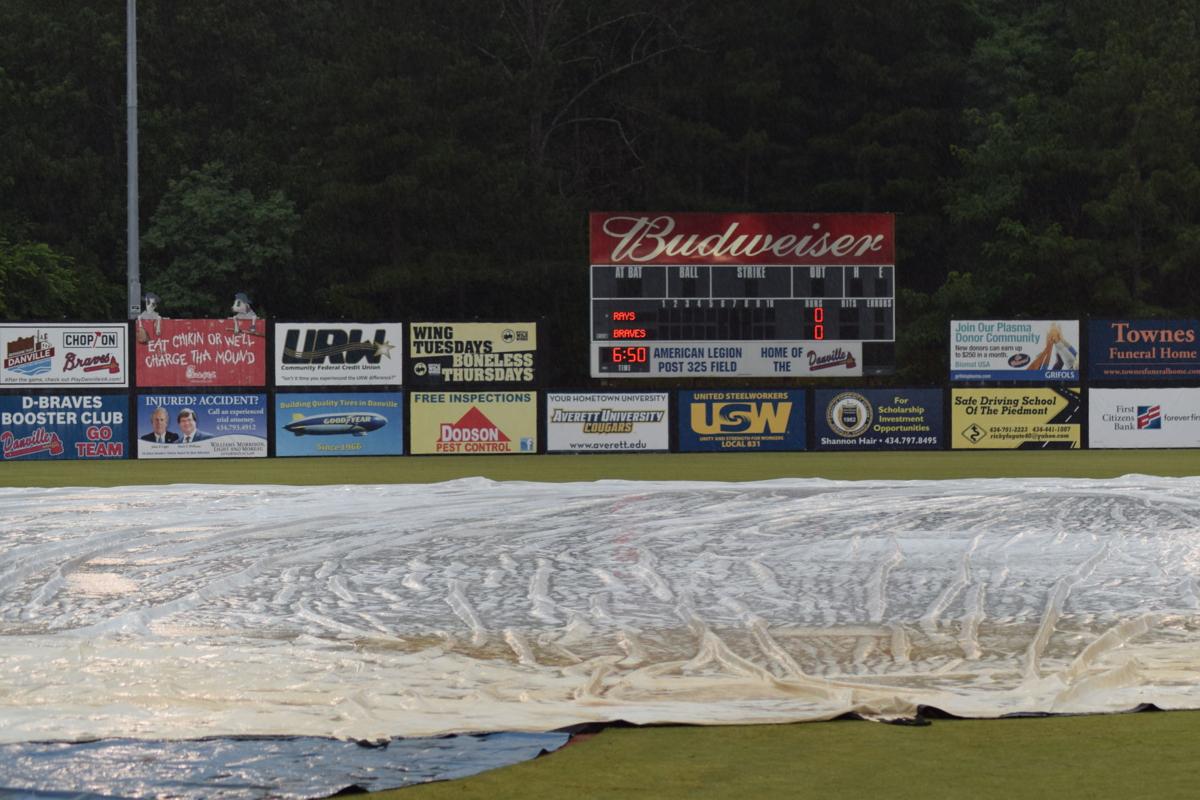 Tuesday's scheduled home opener for the Danville Braves was postponed due to weather. It will be made up today as part of a daytime doubleheader beginning at 11 a.m.

Danville Braves players wait out a rain delay during Tuesday's scheduled season opener at Dan Daniel Memorial Park in Danville. The game was postponed due to thunderstorms, and will be made up as a part of a daytime doubleheader today starting at 11 a.m.

Tuesday's scheduled home opener for the Danville Braves was postponed due to weather. It will be made up today as part of a daytime doubleheader beginning at 11 a.m.

The Danville Braves had plans to kick off the 2019 season Tuesday night at home against the Princeton Rays, but mother nature had other plans. The team will now open the season today in a doubleheader at home beginning at 11 a.m.

The Braves, the rookie-affiliate of the Atlanta Braves, is comprised mostly of newly-drafted, newly-signed players, along with a handful of returners from last summer. The Braves are also managed by 2013 Danville Brave Anthony Nuñez in his first year as a professional manager.

“It’s really exciting,” Nuñez said at the team’s Fan Fest Monday. “In 2013 I was here as a player, and then I came back two years after in 2015 as a coach and now as a manger. It’s really good to be here as a manger.”

Having spent two separate seasons with Danville, one as a player and another as a coach, Nuñez is a manager who relates well to his players.

“It’s awesome because he has a lot of knowledge that I haven’t learned yet, so it’s nice for him to pass it on to us,” said second-year Danville Brave Nick Vizcaino.

“It’s really easy to listen to him. He’s been there, he’s got all the experience,” said 2019 ninth-round draft pick Cody Milligan. “He’s not trying to put too much pressure on anybody... He’s trying to keep it light in the dugout and make sure everybody knows what he’s trying to say.”

“I would like to pass them patience in this game, good attitude, be strong mentally, never give up,” Nuñez said.

Vizcaino is one of the 22 players on the roster who have at least one year of minor league experience. Some of them, like Vizcaino, played in Danville last year, but others have been elsewhere.

Nuñez has his own experience in Danville. Learning from experience is something Vizcaino hopes to help pass down to the new crop of players.

“I just try to pass on what I learned from last year because I went through the whole season here, so I know how pretty much everything goes,” Vizcaino said. “Playing at night, playing under the lights and things like that, how to prepare myself every day, make sure I’m ready to go every game.”

Danville’s opening night roster consisted of ten 2019 Major League Baseball Draft picks. Beau Philip, the Braves’ second-round pick out of Oregon State, has spent the last couple of weeks since the draft getting ready to get back on the field.

The Braves and fans in Danville are eager to see Philip at shortstop this summer. Next to him at second base could be Milligan, the team’s ninth-round pick out of Cowley College, fresh off of his team’s 2-2 trip to the Junior College World Series.

“It’s been a big transition. I caught in high school, caught in college and I get here and they’re trying to turn me into a second baseman,” Milligan said. “It’s been a lot of fun.”

Making the jump from college to the pros is difficult, and one of the biggest transitions is playing in front of bigger crowds. But having experience in big college games helps calm some of those nerves.

“I know it’s a little bit bigger step up from Junior College World Series, but that’s the last time I played. I know it’s going to be an atmosphere like that and I hope to have fun like that and play my game,” Milligan said.

“It’s baseball. Don’t try to make it too complicated, just have some fun and play,” Philip said.

“Just take it at-bat by at-bat,” he said. “It’s a short season, but it’s a pretty long season at the same time.”

“They definitely throw a lot harder. A lot more sink, too. I didn’t really see a whole lot of that in junior college,” Milligan said. “You see a lot more good changeups as well.”

In the minors, every player in the clubhouse wants the same thing — the call to the next level in the system to get one step closer to making the big leagues. But even with that, the Braves are coming together after just a week or so, and are excited to play together and win games together.

“It just (kept) everybody loose,” Vizcaino said of that mentality last season. “Everybody was just happy for everybody’s goals.”

“I think the chemistry is great. Just being around them for maybe almost a week now, I feel like I’ve known them for a lot longer,” Philip said. “I feel like we’re all pretty close.”

Nuñez said the No. 1 priority for him and his coaching staff is to develop these players into MLB-caliber players, and winning is part of that process.

“Our main thing as an organization is to get those guys ready to play in the big leagues,” he said. “That’s our goal. Winning is part of that development, too.”

Nuñez wasn’t ready to say what fans could expect from him as a managerial style, so fans will just have to show up to find out.

“I cannot tell you right now,” he said with a smirk. “I’ve got to see my team, how they act on the field. Give me a couple of weeks and I think I’ll be able to give you the answer.”