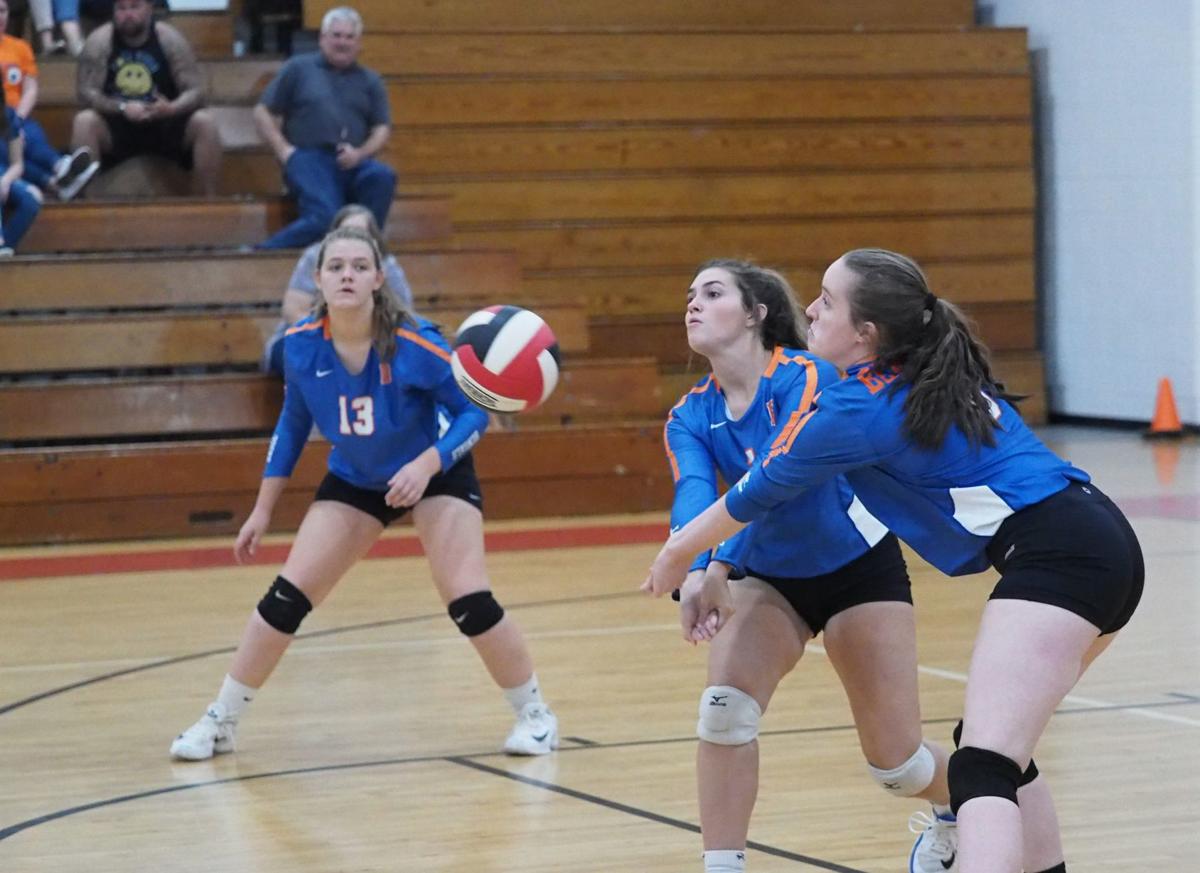 Bassett High's Kat Hale (right) and Ady Farrington (center) both extend for a dig on Monday against Martinsville. 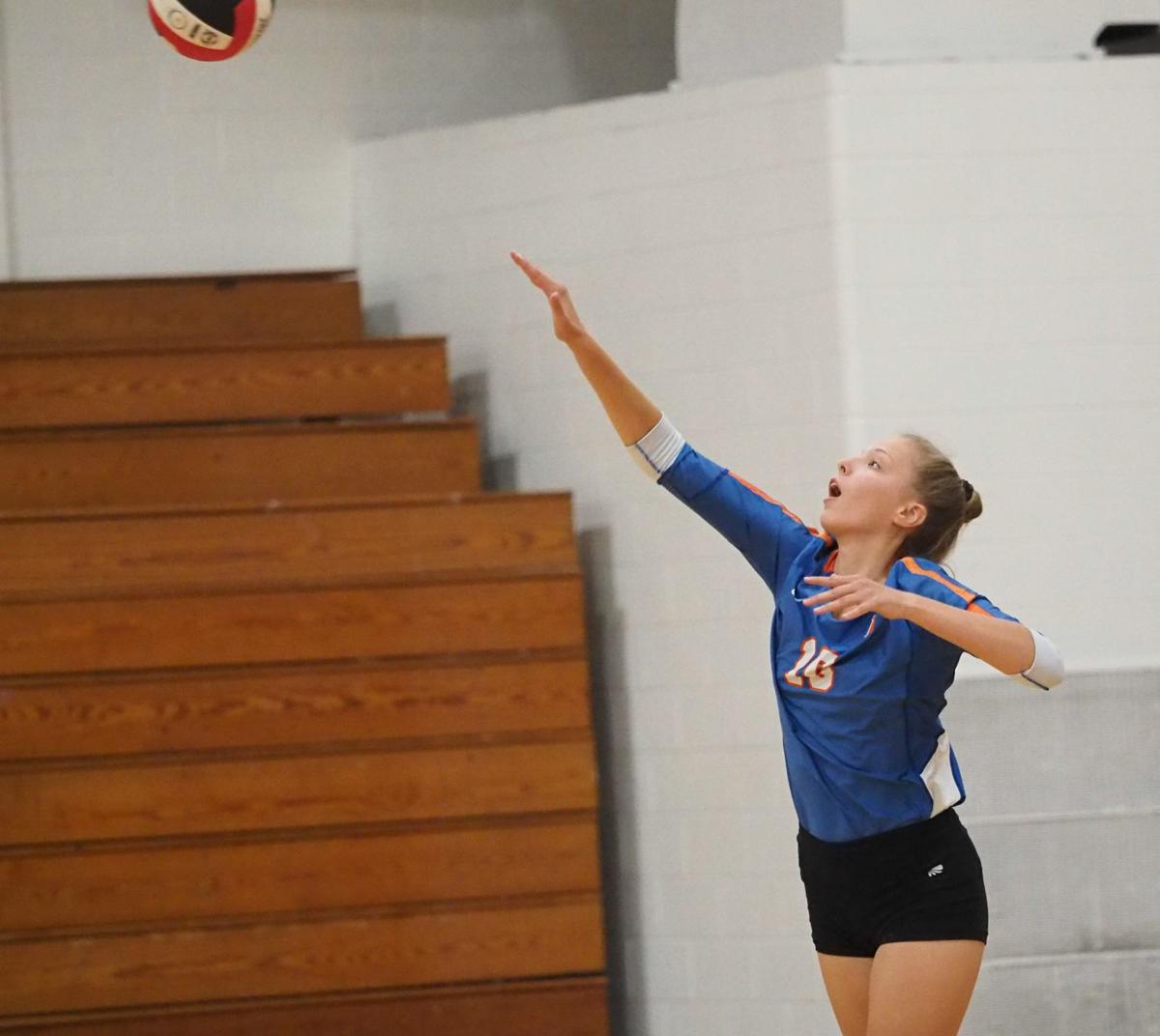 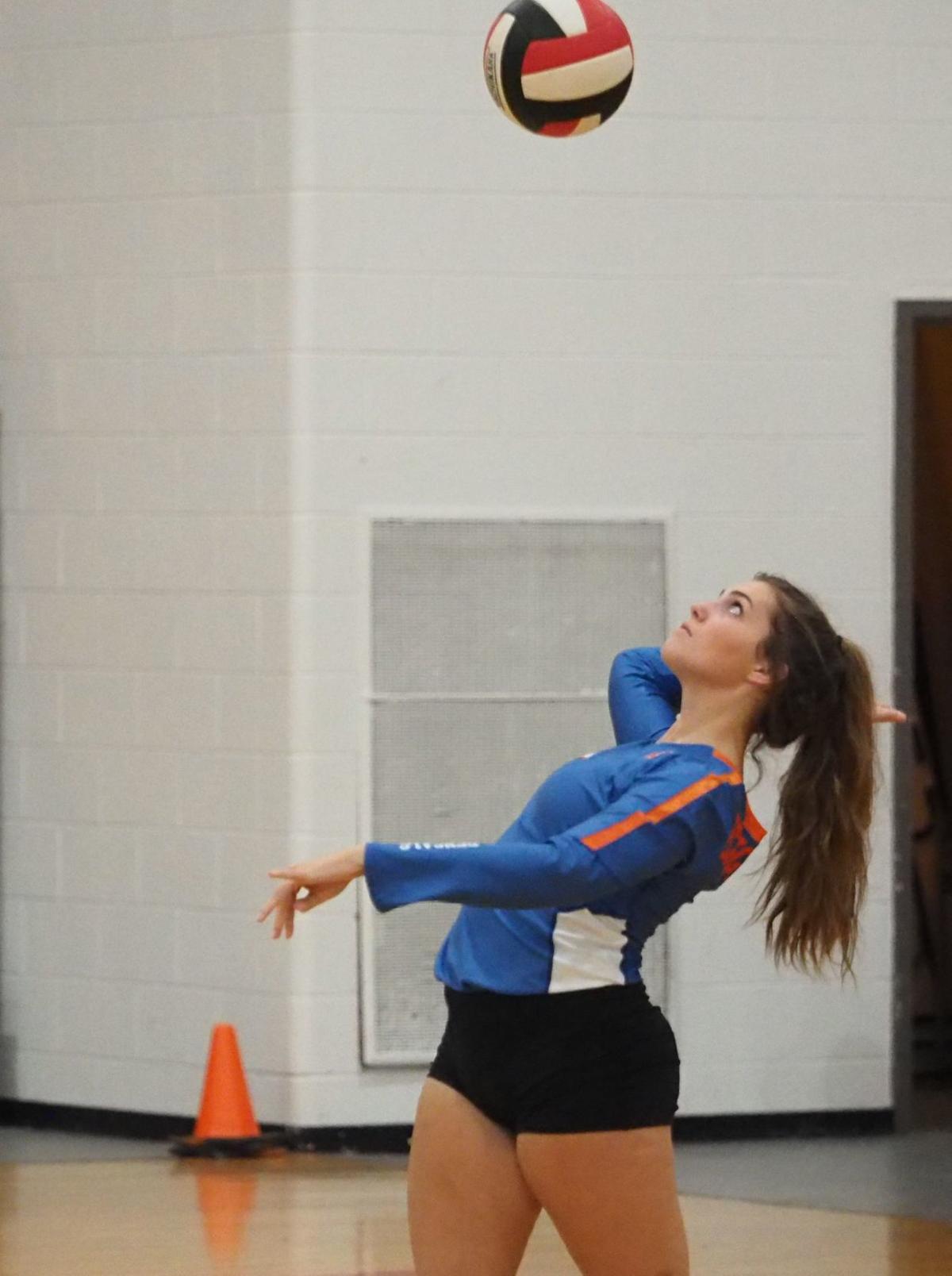 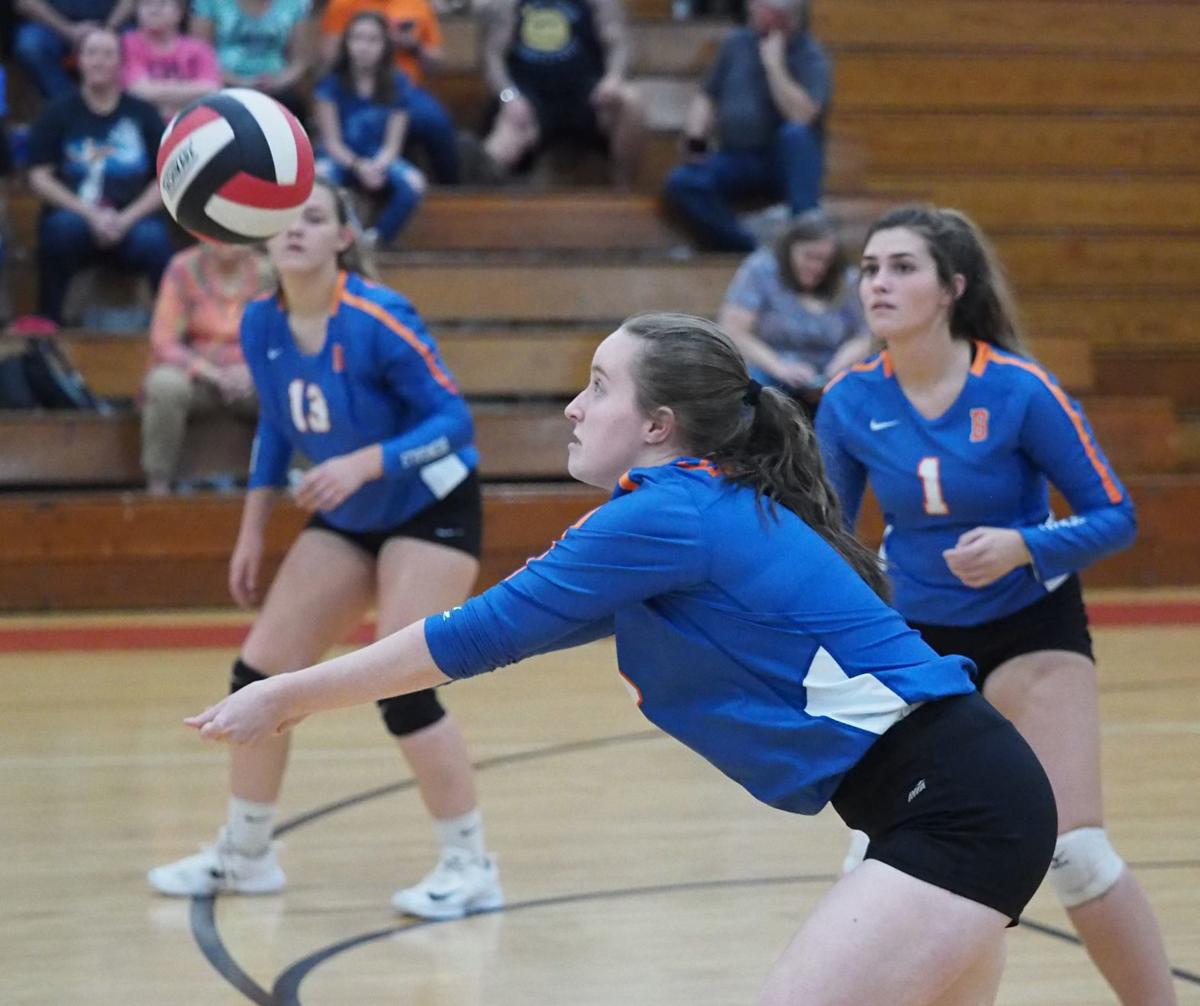 Bassett High's Kat Hale (right) and Ady Farrington (center) both extend for a dig on Monday against Martinsville.

Bassett High’s volleyball team returned only a few players from last year, so the 2019 squad has had to quickly build chemistry and learn how to play together.

Everything seemed to be clicking for the Bengals on Monday evening as Bassett recorded a 3-0 sweep against Martinsville at Martinsville Middle School. The Bengals won by set scores of 25-8, 25-12, 25-21.

“Over time, we’ve found how to fit together,” said junior Allie Laine. “At the beginning, we didn’t really connect with each other, and over time, with a bunch of practice, (we’ve) just been thinking of each other more as friends also and not just teammates.”

Laine tallied six kills and four aces for Bassett on Monday, helping put together a dominating serving clinic. The Bengals registered 21 service aces en route to victory, improving to 7-10 overall and 6-3 in the Piedmont District.

“The first half of the season, we struggled a little bit,” Bassett head coach Julie Firebaugh said. “We’ve brought in a new team and tried to get everybody to mesh together and find the chemistry for the team.”

The Bengals had put together a three-match winning streak before losing to Tunstall last week, but they started a new streak against Martinsville by taking control early.

Bassett set the tone in each of the first two games by opening up advantages of 11-4 and 12-1, respectively, on their way to a 2-0 set lead.

Martinsville proved to be pretty scrappy, though, and kept fighting well into the third set. After barely being given a chance to develop a lead in the first two games, the Bulldogs battled back from an early 7-3 deficit to force a 7-7 tie. Midway through the set, the teams were tied yet again, at 15-15.

Martinsville held a 21-18 edge before Firebaugh called a timeout to settle her team. Upon their return to the court, they won the next three points for a 21-21 deadlock, forcing a Martinsville timeout.

The Bulldogs’ attempt to reclaim the momentum fell short, though, as the Bengals won the final four points to end the match.

“Martinsville has improved a lot since I first started coaching at Bassett four years ago,” Firebaugh said of the Bulldogs’ play in the third set. “They’ve improved to where they’re actually passing the ball, setting the ball, hitting the ball, and sometimes that catches us off-guard on this side, as well. Especially at the speed it’s coming, because they have some good hitters on that team.

For Bassett, there is still work to be done, but tiny moments in the flow of the match show the Bengals are on the right track.

“We really love playing together,” Laine said, “especially when we have that time where we are up by a few points where we can relax more and have fun while we’re playing and not be so stressed out about trying to win.”