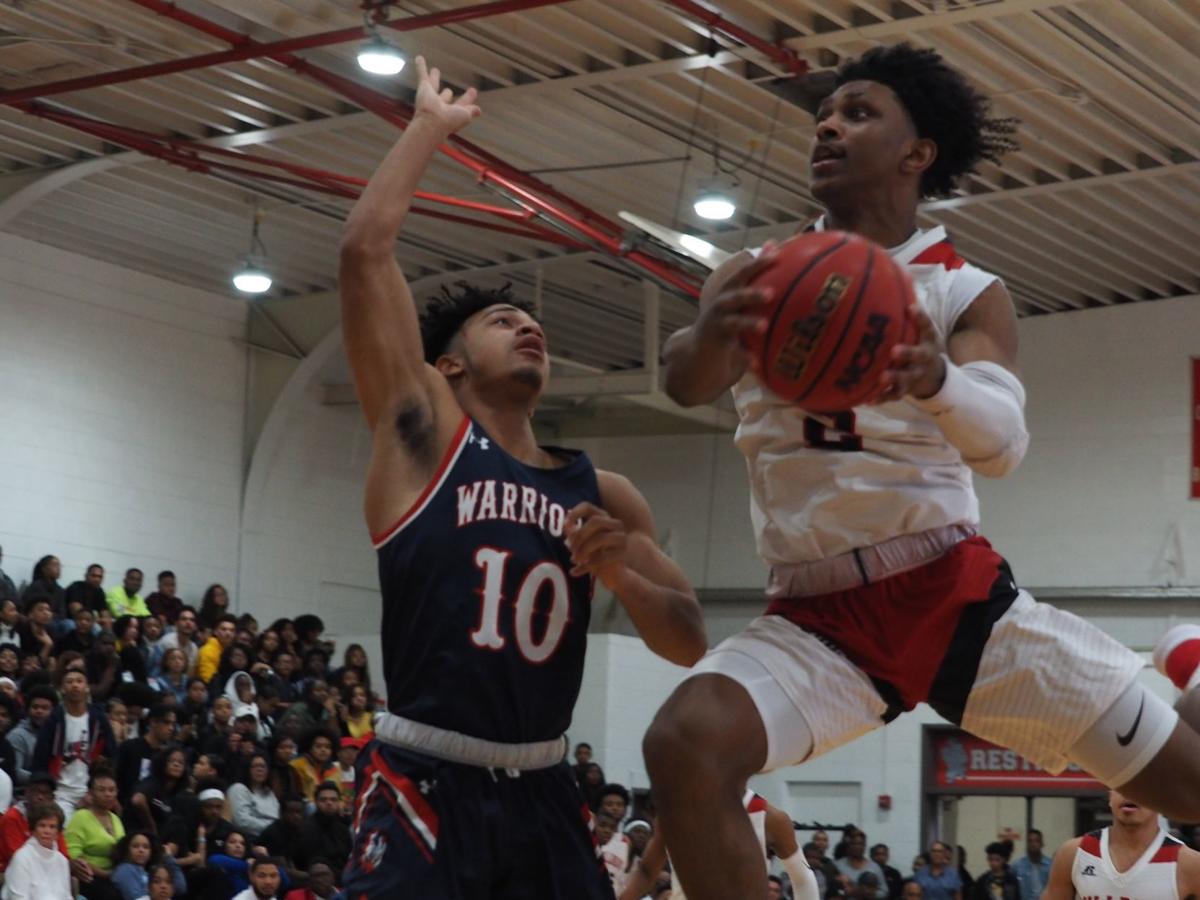 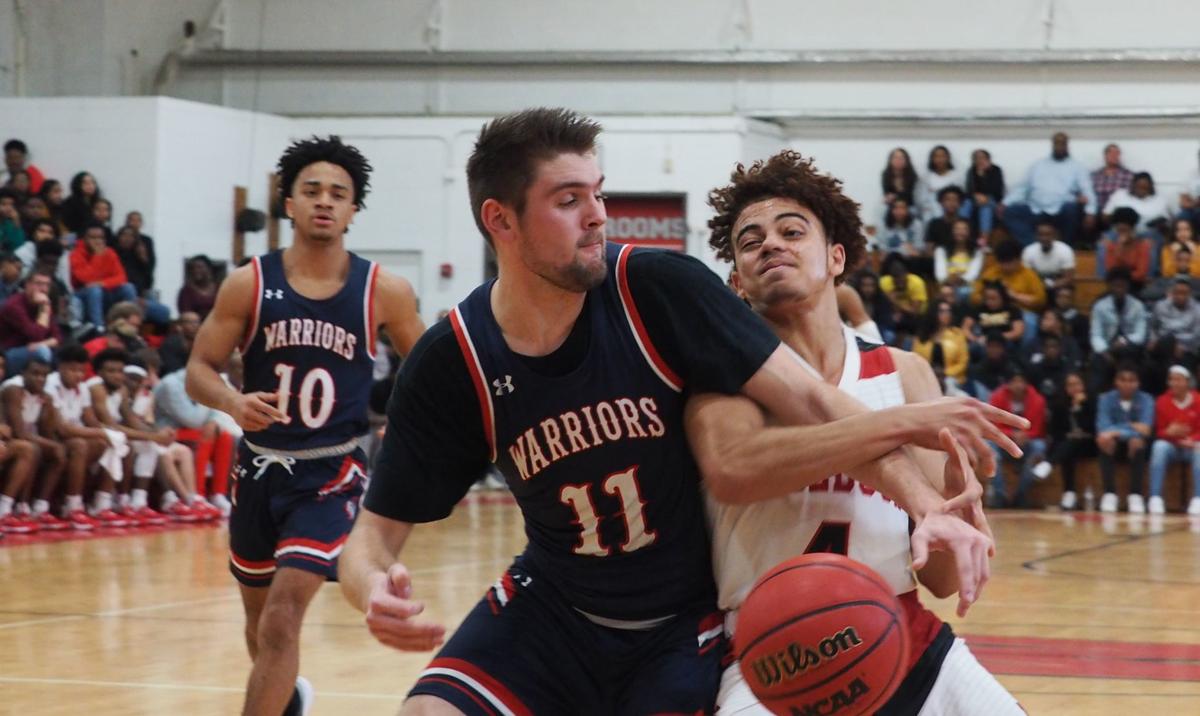 Martinsville's Jeremiah Law (right) gets tangled up with Magna Vista's Ryan Johnson (11) on his way through the lane during Saturday's game at Martinsville Middle School. 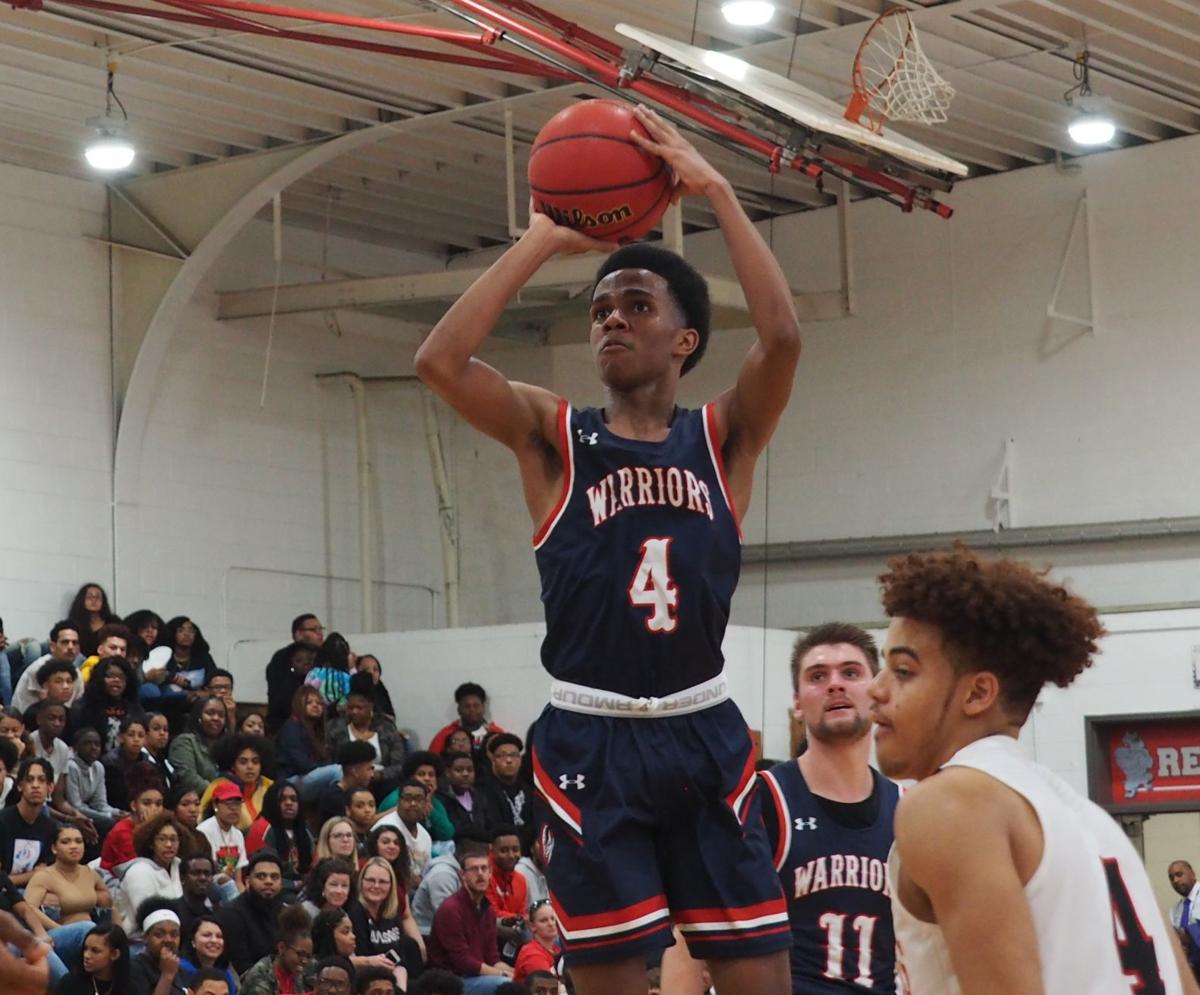 Martinsville's Jeremiah Law (right) gets tangled up with Magna Vista's Ryan Johnson (11) on his way through the lane during Saturday's game at Martinsville Middle School.

After trailing for much of Saturday afternoon’s contest against visiting Magna Vista, Martinsville’s boys basketball team went ahead for good at the start of the fourth quarter on a 3-pointer by junior Jaheim Niblett.

The Warriors stayed close throughout the final quarter, but Niblett again stepped up by hitting a pair of free throws with 17.7 seconds remaining to create a 47-42 cushion in an eventual 49-42 win at Martinsville Middle School.

“We knew going in he’s just going to put his head down and truck whoever’s there and get to the paint,” Magna Vista head coach Patrick Mills said of Niblett. “We need to do a better job of stepping up and taking the charge, but also I think he played hard and got buckets when they needed a big play.”

A shot by teammate Vontae Manns in the waning seconds created the final margin, but it was Niblett’s 18 points—including 12 in the second half—that willed the Bulldogs to the win.

“When we run our offense, we score,” Martinsville head coach Jeff Adkins said. “We hit the high post more, got the ball to Jaheim in scoring positions and he just played great today. He really led us.”

Before the Bulldogs (5-4) could secure the win, though, they had to make a spirited comeback.

A 3-pointer by Magna Vista sophomore guard Tavin Hairston put the Warriors ahead 37-29 late in the third quarter. The eight-point edge was the biggest lead for either team during the game.

From that point on, however, the Bulldogs outscored Magna Vista 20-5—a stretch that started with a layup from Lemuel Jones, a floater and a free throw from Niblett and a steal and layup by Jeremiah Law to close the third quarter. Niblett’s 3-pointer at the start of the fourth continued that run, and the Bulldogs held on from there.

“At first we were playing kind of timid, like we were playing scared,” Niblett said of the team’s first half. “We got in the locker room, we had a talk over it, but it tells you a lot because we’ve got a lot of heart. We fought back, and we played as a team.”

Meanwhile, Magna Vista had trouble getting shots to fall late in the game—which Mills attributed to Martinsville’s switch from its normal zone defense to a man-to-man look. The Warriors led after each of the first three quarters but couldn’t stave off the Bulldogs long enough.

“We prepared so much for the zone that my guys got sped up to the point where we weren’t as patient and we took quick shots,” Mills said. “I thought we got some good shots, got into position to get a foul and maybe we didn’t get it and it goes the other way. I think that impacted my guys a little bit, and the confidence dropped.”

Tavin Hairston and Courdae Gravely led the Warriors (3-8) with 10 points each. Ryan Johnson and Spencer Hairston both added eight.

“I thought our kids were a little slow getting started, but we’re really proud of them,” Adkins said. “In the second half, we really picked up our defense, got more emotional and kind of took it to them.”