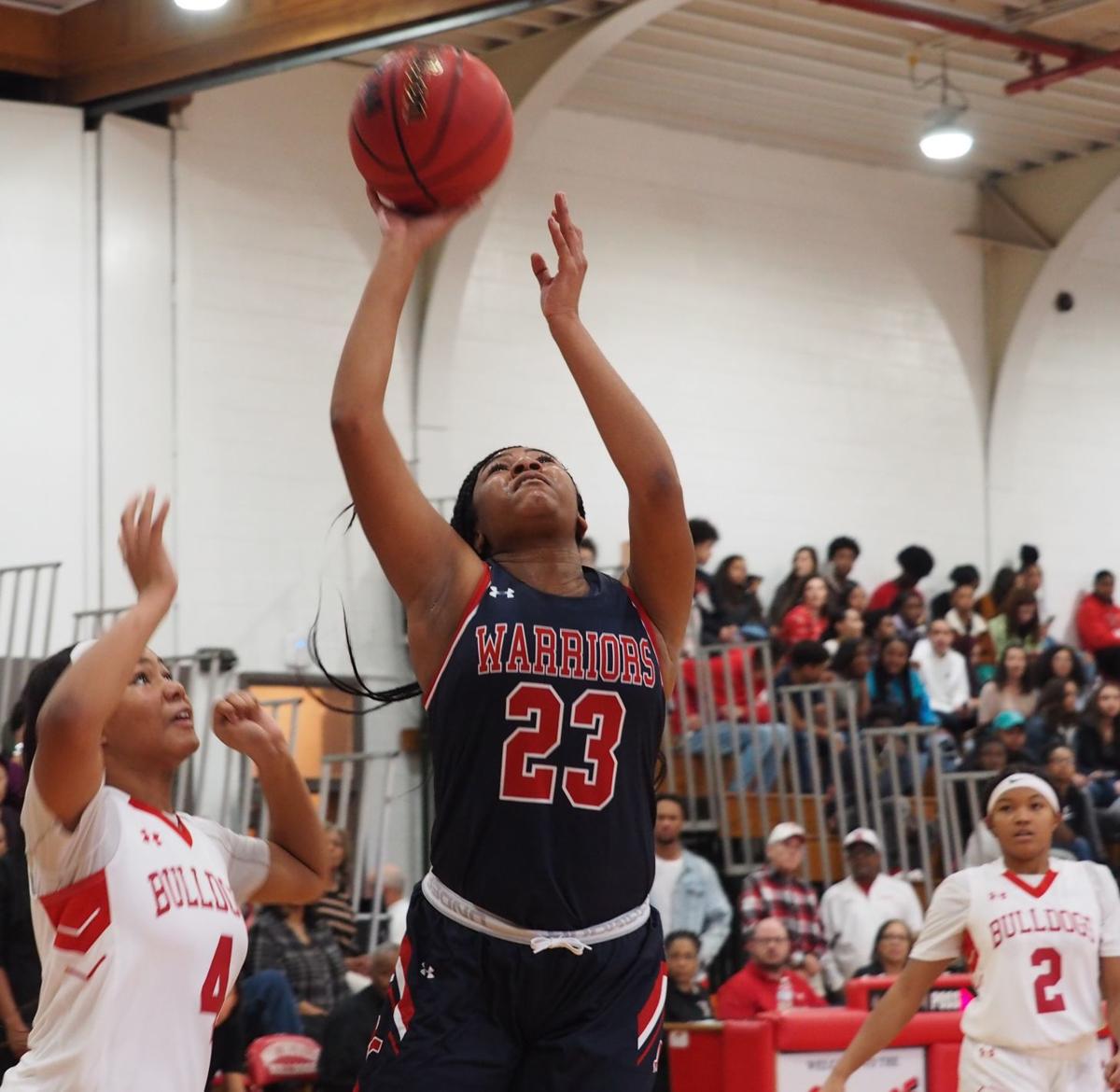 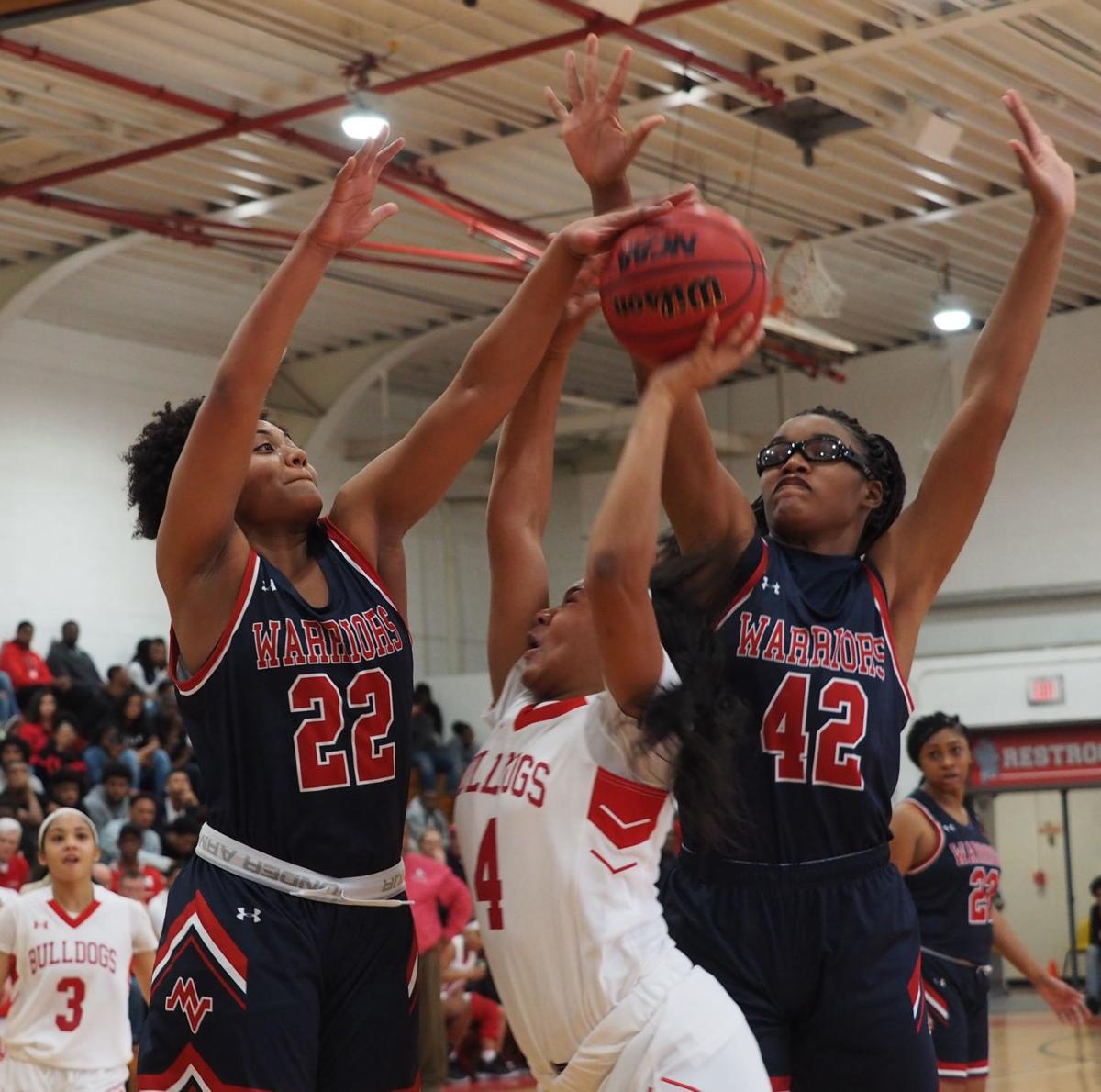 Only three players scored for Magna Vista’s girls basketball team against Martinsville on Saturday, but Kaylee Hughes, TaNashia Hairston and Ja’Liah Wilson all made their points count.

Wilson led the way with 26 points to help the Warriors to a 43-39 win at Martinsville Middle School. Hairston added 15 points and Hughes added two.

“We were struggling on offense, so I had to step up,” Wilson said of her game-high point total.

The result was not a perfectly balanced offense, but it produced a win nonetheless.

“I wasn’t aware (during the game) that we only had three people in the box score,” Warriors head coach Kyana Smith said. “I told them (after), ‘Guys, we’ve exposed ourselves.’ Now it’s up to some of our role players to step up and be able to hit some shots when we see the box-and-one and the triangle-and-two.”

The Bulldogs employed strategic defensive schemes, as many teams have this year, in an attempt to slow down Hairston, but she still found ways to do damage. Wilson didn’t see the same kind of individualized defense, and she took advantage—scoring on put-backs, fast breaks and cuts into the lane.

“TaNashia had 15 points, but they were 15 key points,” Bulldogs head coach Charlie Holland said. “One thing about her is that in big-time games, she steps up. … The goal was to not let TaNashia beat us, but tonight, Ja’Liah Wilson beat us.”

Magna Vista led 11-8 after the opening quarter, but Martinsville took a 20-18 lead into halftime. A three-point play from Wilson gave the Warriors a 33-31 edge going to the fourth.

The Bulldogs took a brief two-point lead in the final quarter thanks to a 6-0 run comprised of two technical foul free throws from Janiyah Benton, two more free throws from Ciara Valentine and a steal and layup by Nakieyah Hairston. That sequence gave Martinsville a 37-35 lead, but a layup and free throw from Wilson with 1:40 to play gave the lead back to the Warriors (9-1) for good.

“No matter where we are in our season, this is a game that the girls sort of over-anticipate,” Smith said. “There’s a lot of hype around this game … and we talked about all that. Once our nerves started to settle down, which was in the third quarter, we were able to do some things that we needed to do and that we should have done since the beginning of the game.”

Less than one day after topping Chatham at home, Magna Vista extended its winning streak to seven with Saturday’s victory.

“We’re playing together,” Wilson said. “At first we had trouble with that, but now we’re starting to get it. We’re playing more together—team ball—and it’s helping us a lot.”