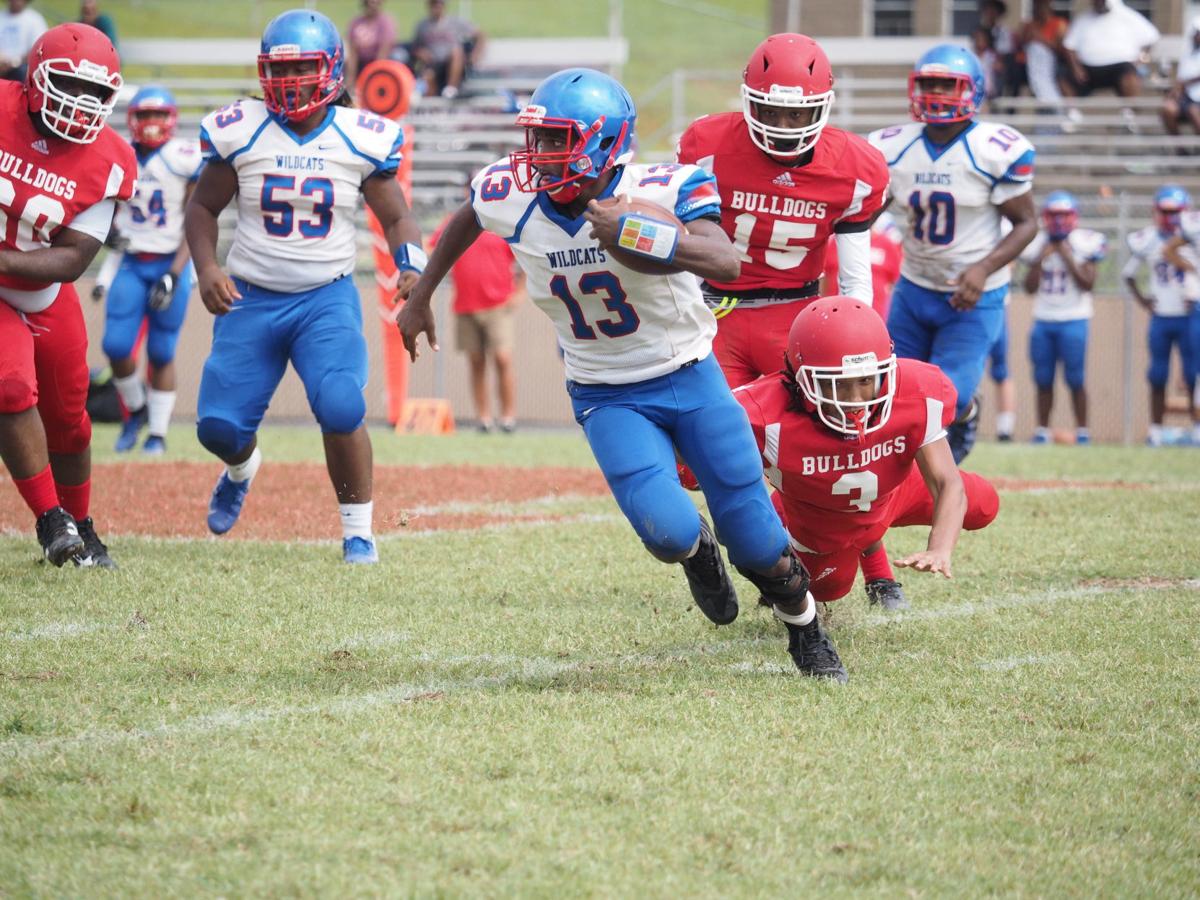 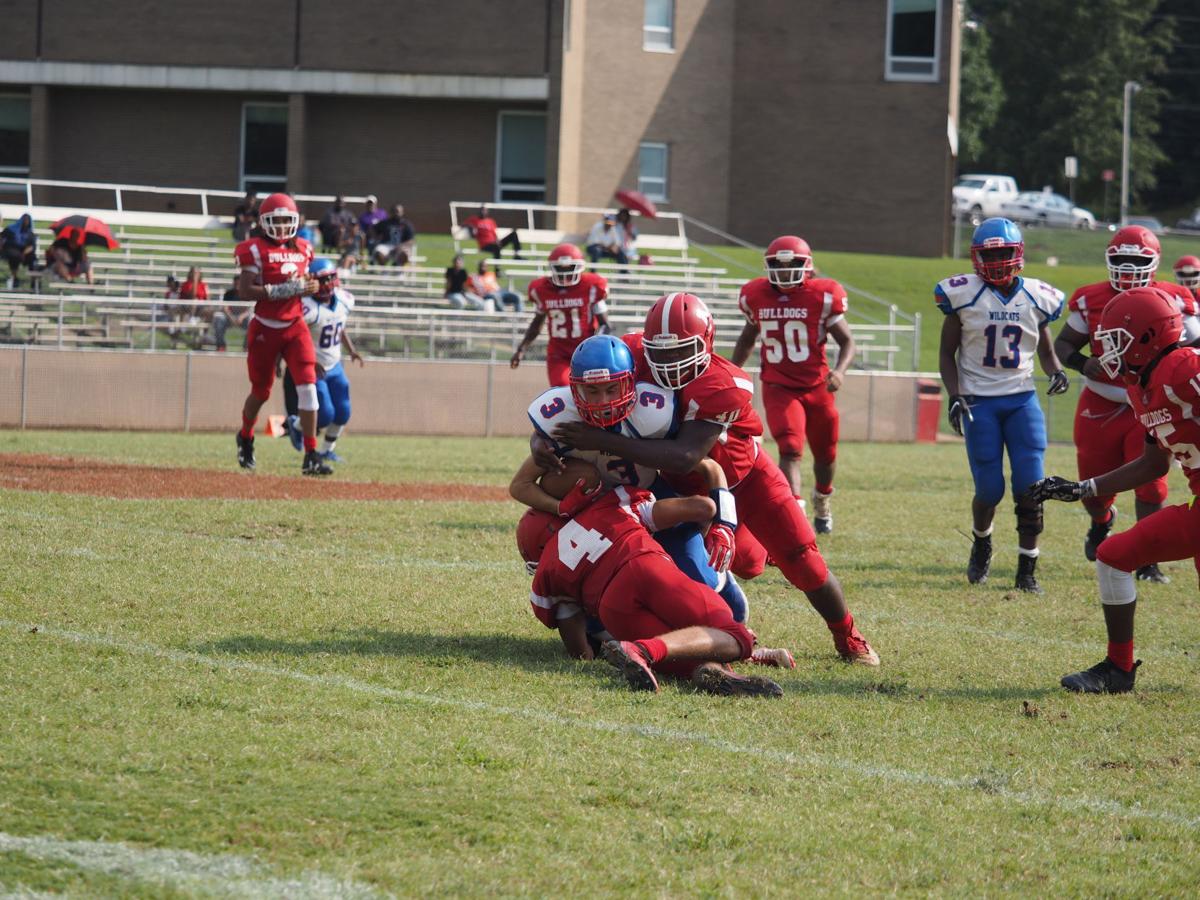 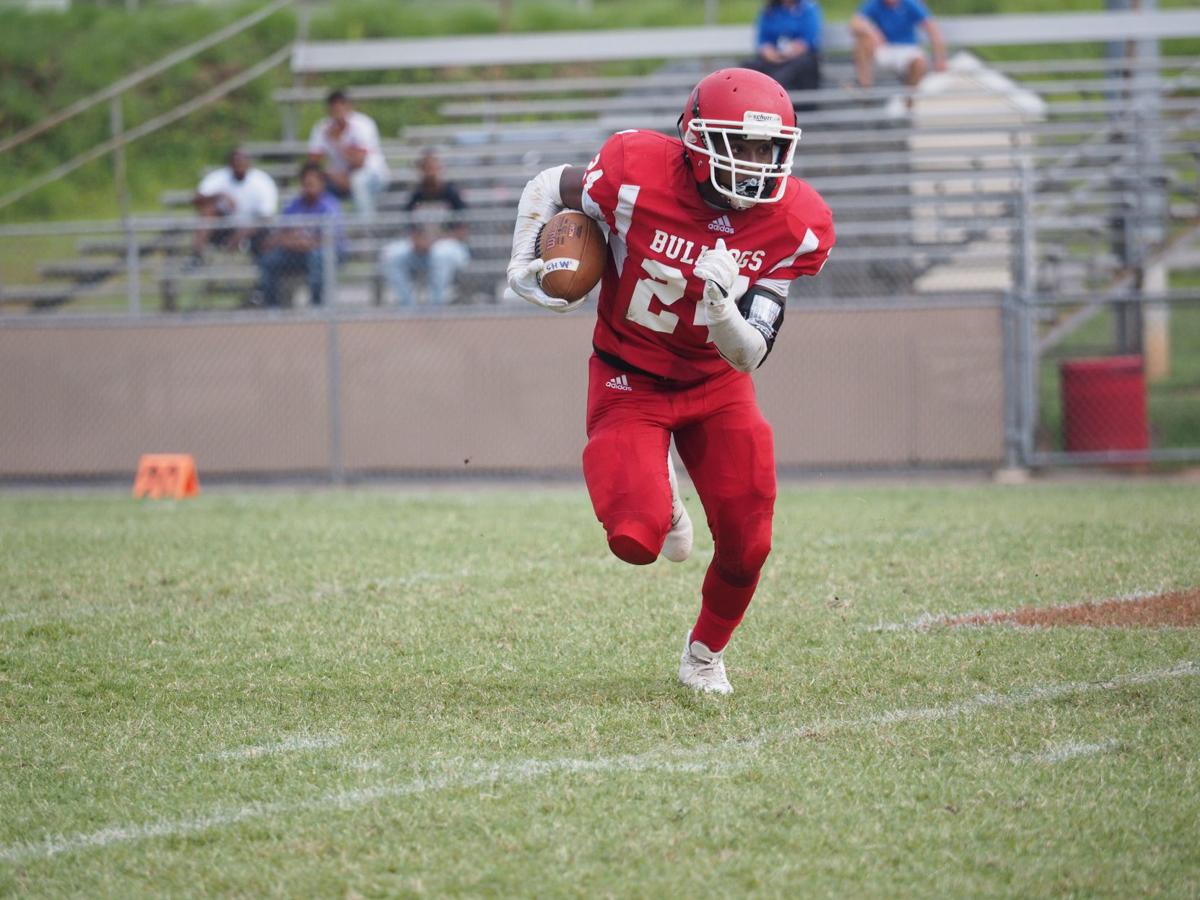 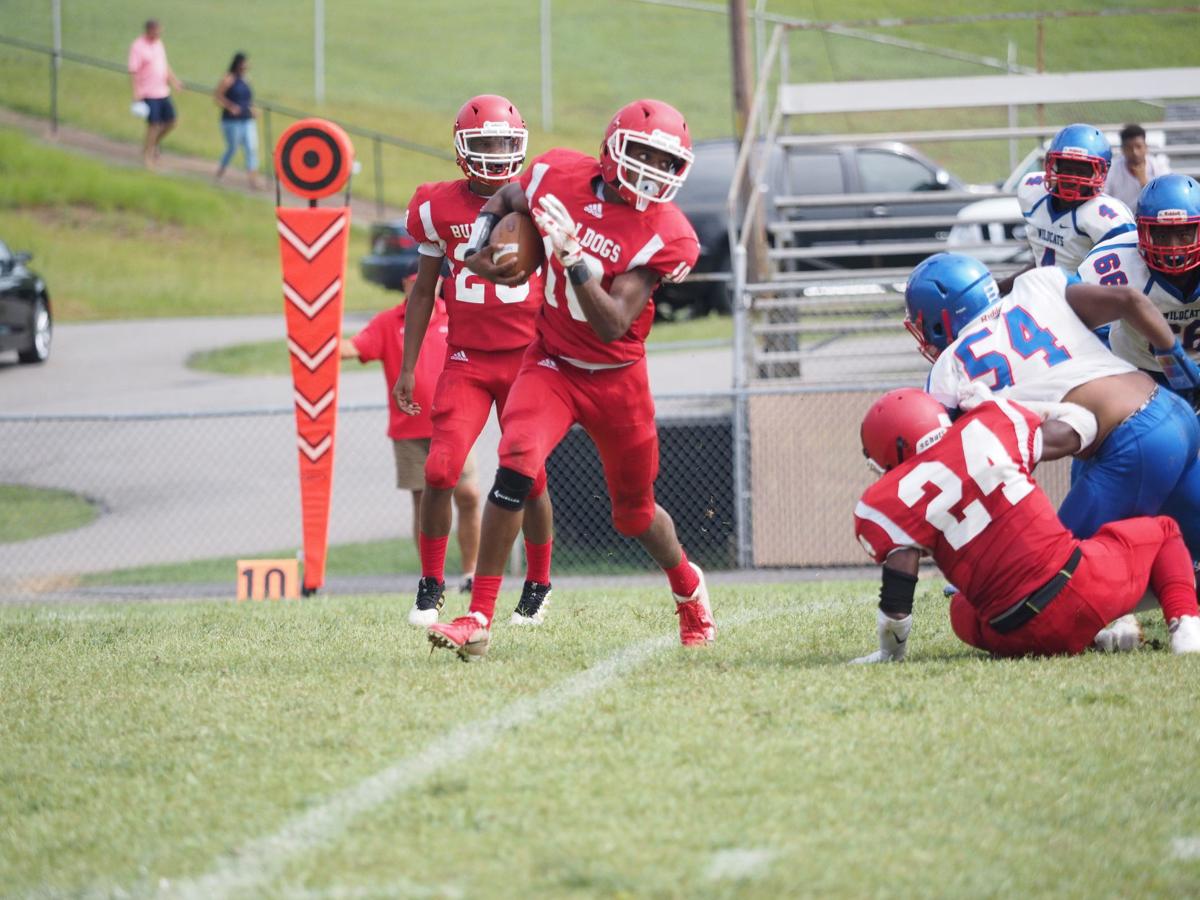 Even with good field position and a chance to score, Martinsville couldn’t get out of its own way.

Barely a minute after picking off Martinsville quarterback Rashaun Dickerson in the end zone on Saturday, Dan River junior receiver Robert Carter caught a short pass from Jonathan Hairston and scampered up the left sideline into open field on his way to a 78-yard score, sealing a 32-12 victory for the Wildcats.

“I realized I had an O-lineman blocking a linebacker, and that’s the only block I needed and I was off to the races,” Carter said before joking that long touchdowns “feel the best, but they’re tiring.”

Carter’s touchdown, with the converted kick, made the score 30-12 with 8 minutes, 47 seconds remaining, meaning that if the Bulldogs had taken advantage of their short field, it would have been a one-score contest with plenty of time left.

Instead, in the span of just a few plays, Carter thwarted a scoring threat and then became one himself, helping move the Wildcats to 2-1 and sending Martinsville to 0-3.

“He’s a baller,” Dan River head coach Brian Womack said of Carter. “He’s a game-changer to the point where we just want to get the ball in his hands. Once the ball’s in his hands, there’s no telling what’s going to happen.”

Carter was not Dan River’s lone playmaker, however. The Wildcats posted a 14-0 advantage in the first quarter behind a 65-yard pass from Tracy Glass to Isaac Farmer and a 1-yard rush from Glass.

“They showed their depth,” Womack said. “They’re not quitters, and they’re showing their growth in teamwork. It’s been a growth process.”

The Bulldogs cut into that lead, though, with Dickerson’s 27-yard toss to Jahil Martin with less than a minute remaining in the opening quarter. Junior running back Delvin Roberts added a 51-yard touchdown in the second quarter to narrow Dan River’s lead to 14-12. Roberts finished with 73 yards on 12 carries.

Martinsville would go scoreless the rest of the afternoon in part because of an abundance of penalties and injuries.

“We’re just trying to get better,” Bulldogs head coach Bobby Martin said. “We’ve got a bunch of things we’ve got to do differently.”

Two sequences in the second quarter summed up Martinsville’s struggles.

First, following a Dan River punt that wasn’t fielded and allowed to roll to the 1-yard line, Dickerson was tackled in the end zone for a safety, making the score 16-12.

On the Wildcats’ ensuing drive, Martinsville linebacker Michael Penn intercepted a lateral and went 32 yards the other way to Dan River’s 7-yard line, giving the Bulldogs a chance to answer.

Martinsville instead moved backwards thanks to a holding penalty, an offensive pass interference infraction and a sack. The Bulldogs eventually turned the ball over on downs.

“We’ve got to get 11 guys to play the hardest they can play, and we haven’t got there yet,” Martin said.

In the third quarter, Farmer added a 13-yard rushing touchdown to his day. And with 2:36 left in the contest, Dan River recorded another safety to complete the scoring.

Carter’s interception and touchdown came with less than nine minutes to play, but the back-to-back big plays in essence put the game away early.

“I just had to step up for my team,” he said. “I feel like we had our heads down, and we needed a play and I felt I was the player to do that.”