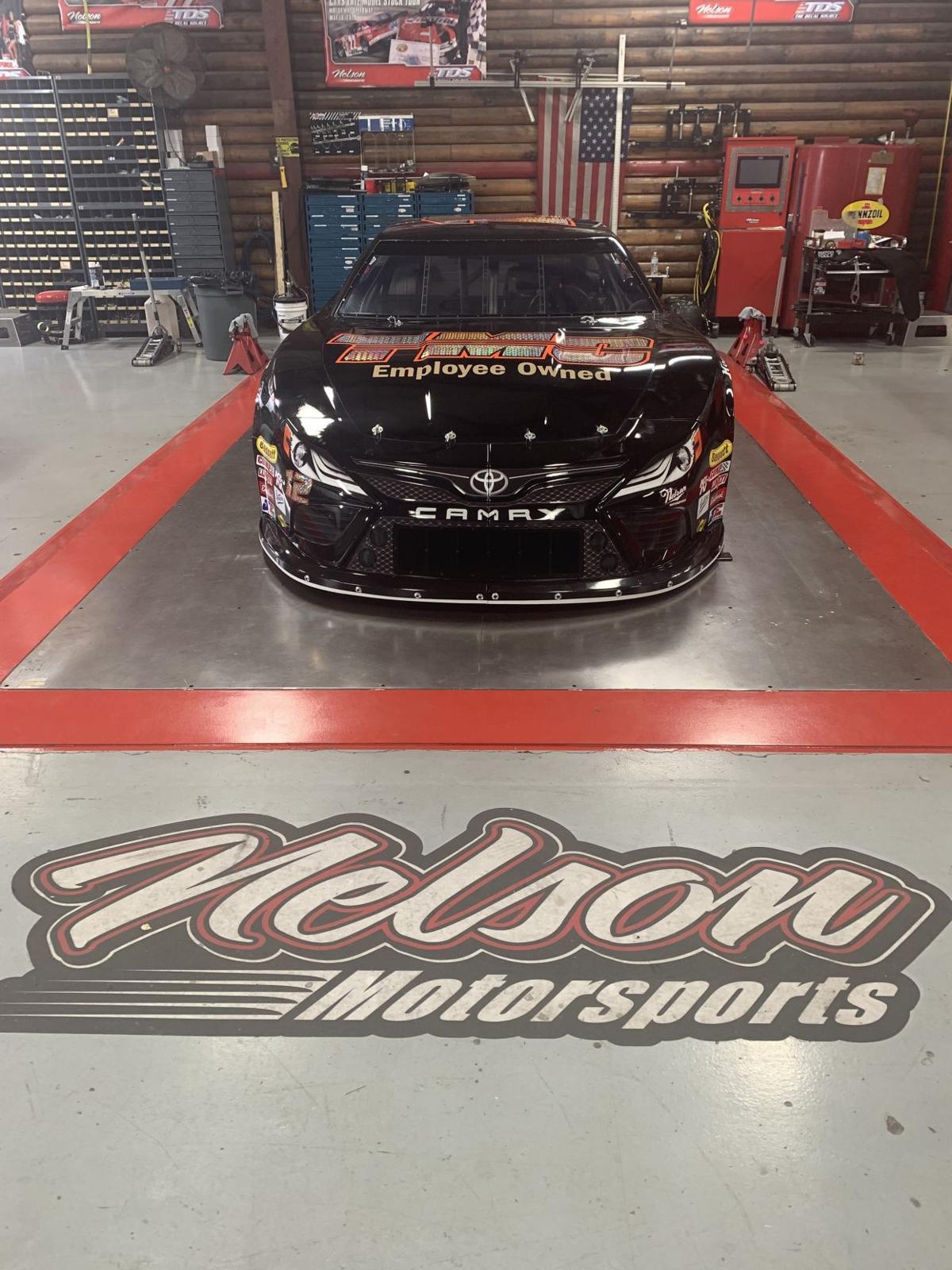 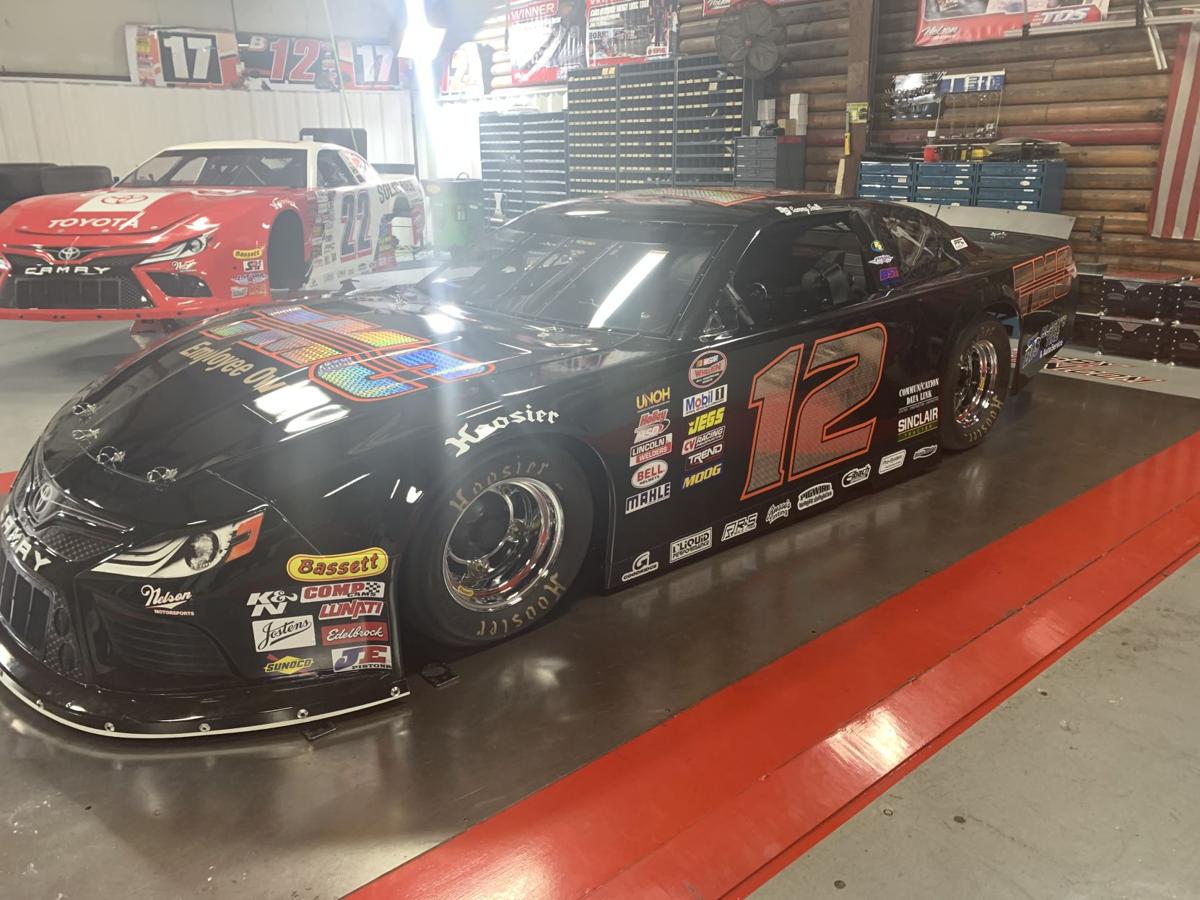 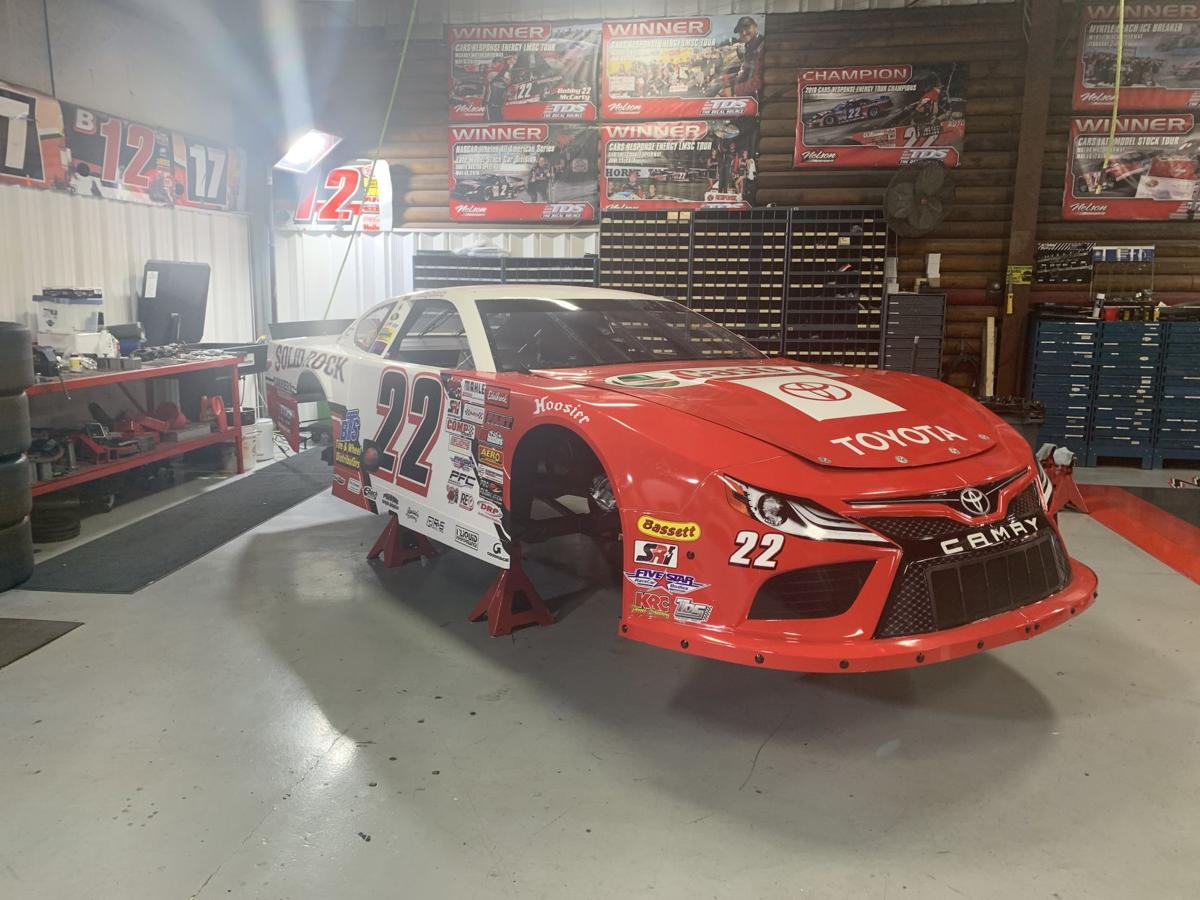 The Nelson Motorsports No. 22 car will be driven by Bobby McCarty, the two-time defending CARS Tour champion, for another season in 2020.

The Nelson Motorsports No. 22 car will be driven by Bobby McCarty, the two-time defending CARS Tour champion, for another season in 2020.

The crew at Nelson Motorsports were hard at work this week getting their late models ready for the 2020 race season.

Nelson Motorsports is a late model team based out of Bassett under owner by Barry Nelson. The team competes in the CARS Tour, a travelling race tour throughout the Carolinas and Virginia.

The team headed to South Carolina on Wednesday for The Ice Breaker at Myrtle Beach Speedway, a race set to take place on Saturday. Sammy Smith will drive the Nelson Motorsports No. 12 with the team looking for a third straight win in the season-opening race. Timothy Peters won the Icebreaker in 2018 in the same car Smith will drive this weekend. Ty Gibbs, grandson of Joe Gibbs, owner of the NASCAR Cup Series team Joe Gibbs Racing, won the race for Nelson last year.

"We’re hoping to go and do a 3-peat," said Peter, now the general manager for Nelson Motorsports.

"The guys at Nelson Motorsports have really worked hard on it. They basically put it together in a little over a week’s time. RMS race cars is our chassis builder, they hung the body on it. Just proud of everyone’s effort and the shape were in as a whole for the 2020 season, so just ready to get to the racetrack."

The team will field three cars in all this season. Smith, in his second season, will drive about six or eight races for Nelson Motorsports this year. Also returning is driver Bobby McCarty, who joined Nelson at the end of 2017. McCarty is the two-time defending CARS Tour champion, the only driver to ever win two titles on the tour.

"We made history for the first time," Peters said of McCarty's championship. "I’m proud of everyone here inside of these walls inside of Nelson Motorsports. I’m proud of Bobby for how he’s progressed. He’s always been a good driver but just over the years he’s perfected his ability.

"Sammy Smith is coming back this year for a select amount of races... He and his family are awesome to work with. He’s on the wheel, great personality and a great driver."

New to Nelson this year will be 14-year-old Jonathan Shafer, from Ashland, Ohio. Shafer will also drive a full season on the CARS Tour.

"Don’t know much about him just yet but the little bit of time we’ve spent talking on the telephone and in person, he and his father, Todd Shafer, they feel like they’ve been part of the Nelson Motorsports family for years, so that’s going to be a good fit for us," Peters said. "We’re excited about him. We’re excited about our opportunities this year. The sky’s the limit with all of our drivers. With Bobby being here, he and Sammy have gelled well together. I know he’ll do just the same with Jonathan."

Peters said coming into 2020 following so much success the last two years isn't any added pressure, it just reaffirms that the team is a well-oiled machine and everyone knows their job.

At the end of the day, everyone is working together for the same goal.

"It’s like anything, regardless if you’re in racing or the car business, you’re only as good as your people," Peters said. "Here at Nelson we have great people. The guys have worked hard, they’re passionate about what they do. Not only here but from a vendor standpoint, the people we buy from, the chassis builder. Just all in all, we have great people to make it go around. We set our standard so if we go, nothing is satisfactory in our opinion other than a win because we don’t go for second place.​"

Myrtle Beach Speedway will have a practice day for the Ice Breaker on Friday. Qualifying will take place on Saturday beginning at noon, and the feature race event will begin at 3 p.m.

"We’re just looking forward to getting the season started, get through the Ice Breaker. That’s what we’re going for is to get a win, and then we get ready to kick off the CARS Tour," Peters said. "We’re game on with two cars all in with as much passion and heart as we have getting ready for the Ice Breaker."